After the rain, mud and cold of previous races, relatively warm and sunny weather welcomed the final round of race #1 in Lousã, Portugal, for the third round of the 2020 UCI DH World Cup season. The track alternates very steep and technical sections with flat sections and pedaling, interspersed with many jumps, turns on soft and dry ground, to the advantage of grip and speed, and in fact the athletes’ time gaps are extremely close. 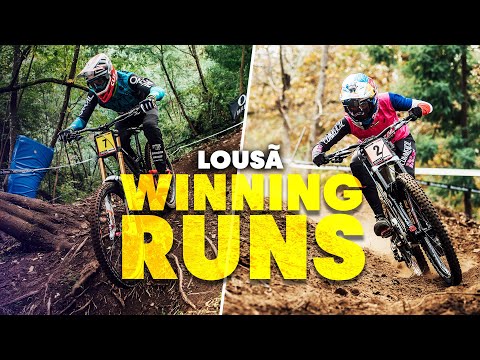 Close gaps for everyone, except for Greg Minnaar who literally dominated the race with a spectacular and exciting run in his typical clean, precise, smooth & flowy style, which led him to climb the top step of the podium for the 22nd time of World Cup, at the “venerable” age of 38, confirming himself amongst the most iconic riders in the history of DH. 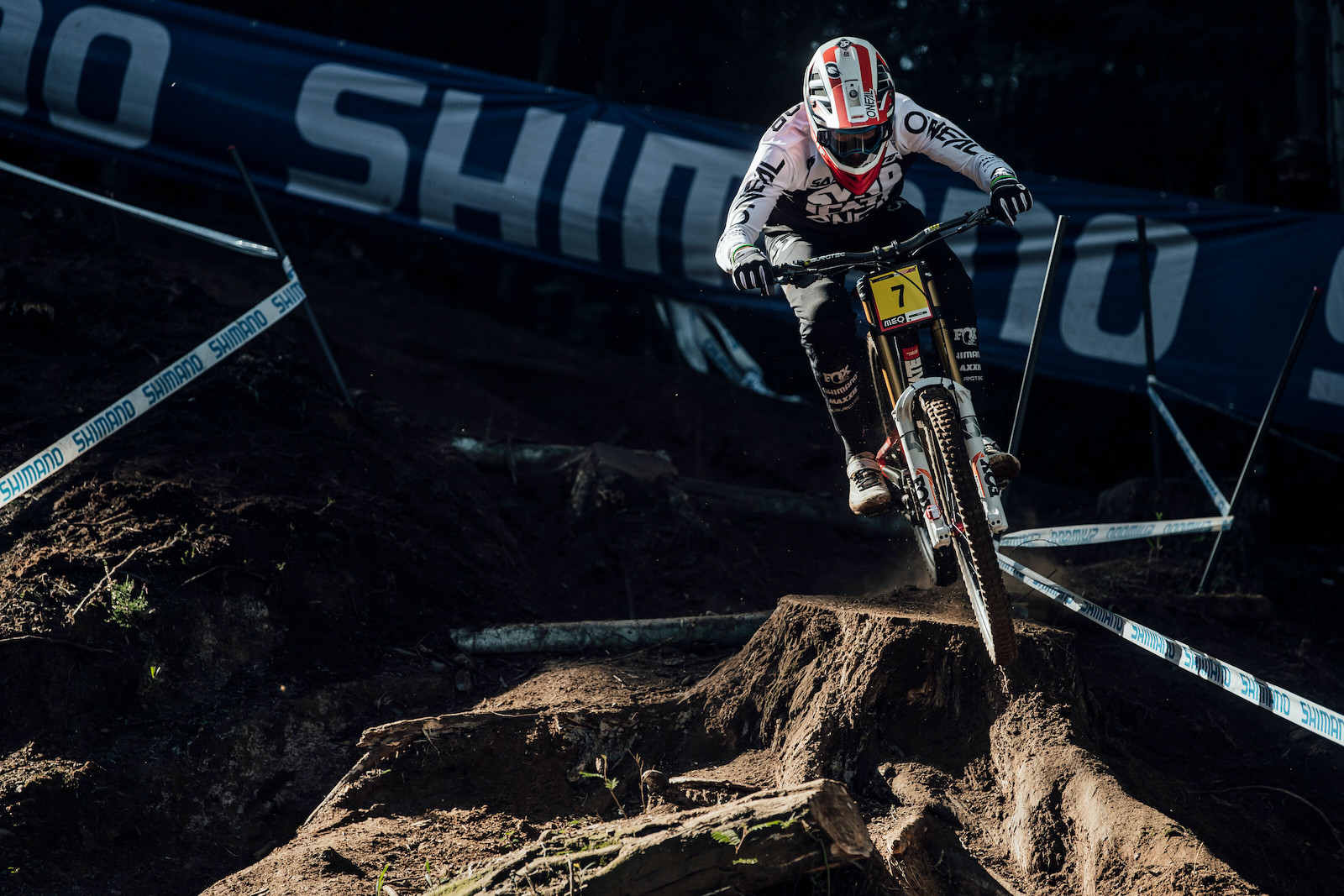 Second place for Matt Walker, who has been increasingly consistent in the high positions of the standings, to the point of ousting Loris Vergier from first place in the general standings, even though he has not yet won a race. Walker attacked the course in the upper and more technical part, where he enjoyed the fastest split time, then losing this advantage over Minnaar in the final part of the track. 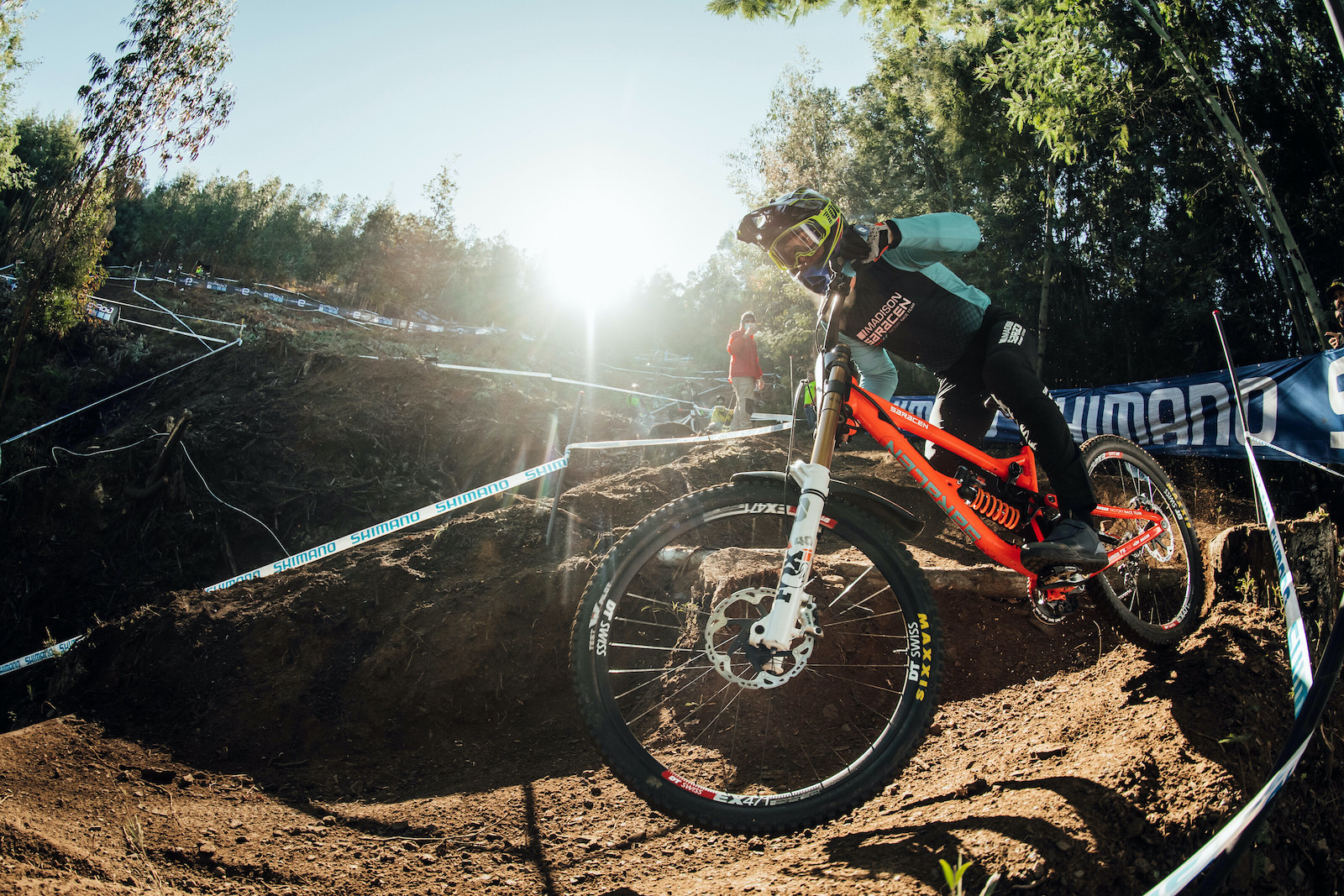 Loïc Bruni is always amongst the most competitive and with a precise and at the same time aggressive style, he was the first to unseat Aaron Gwin from his long tenure in the hot seat. The former world champion put his hand to the fork as soon as he entered the smoothest part of the course with the most pedaling, as if to change settings for that section, where he actually improved his advantage over the American. 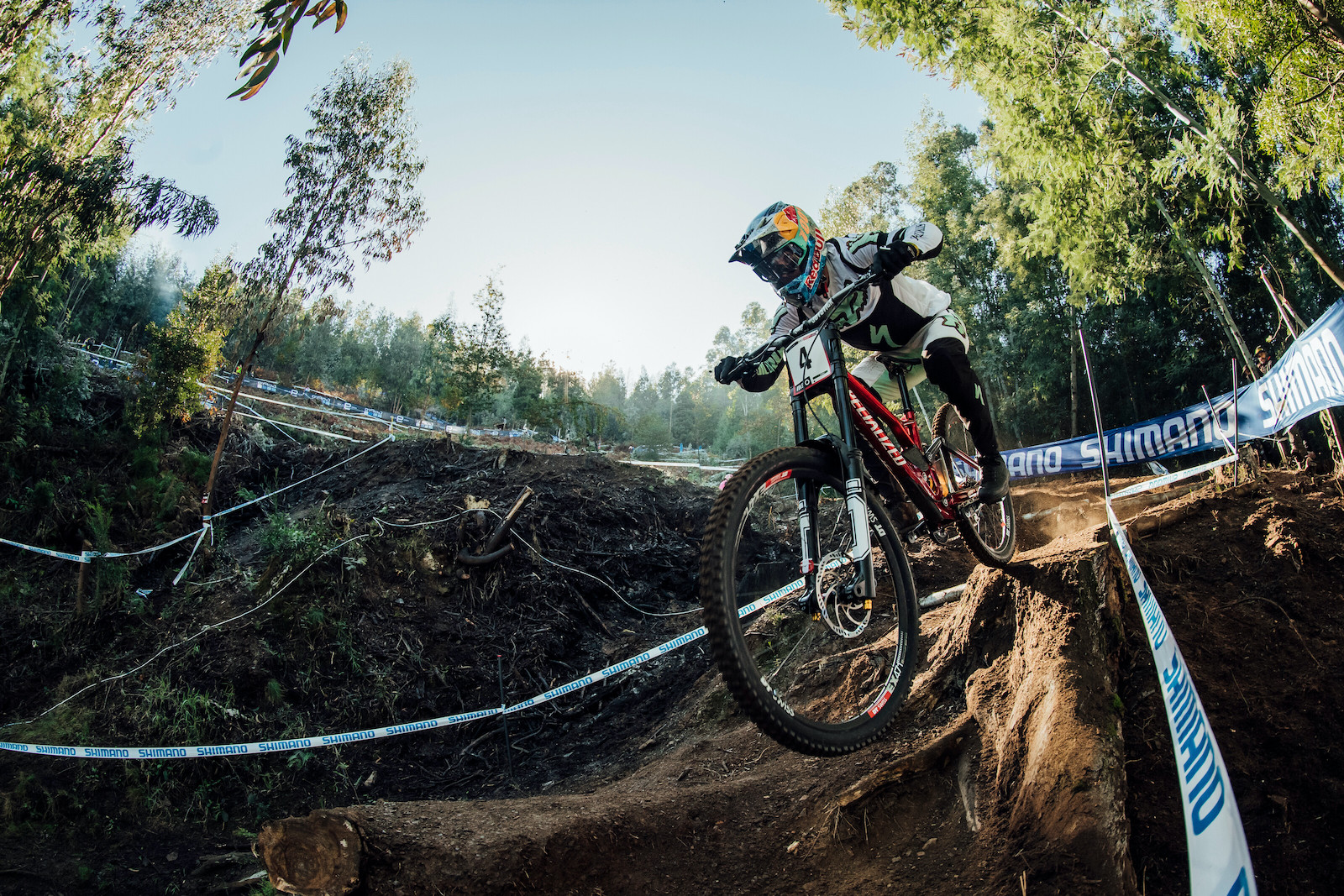 Gwin for his part seemed back to his best form, with a precise and constantly attacking run, as we have not seen him for a long time now, but it was not enough to win. The Californian still obtained an excellent fourth place, returning to the World Cup podium after a long time. 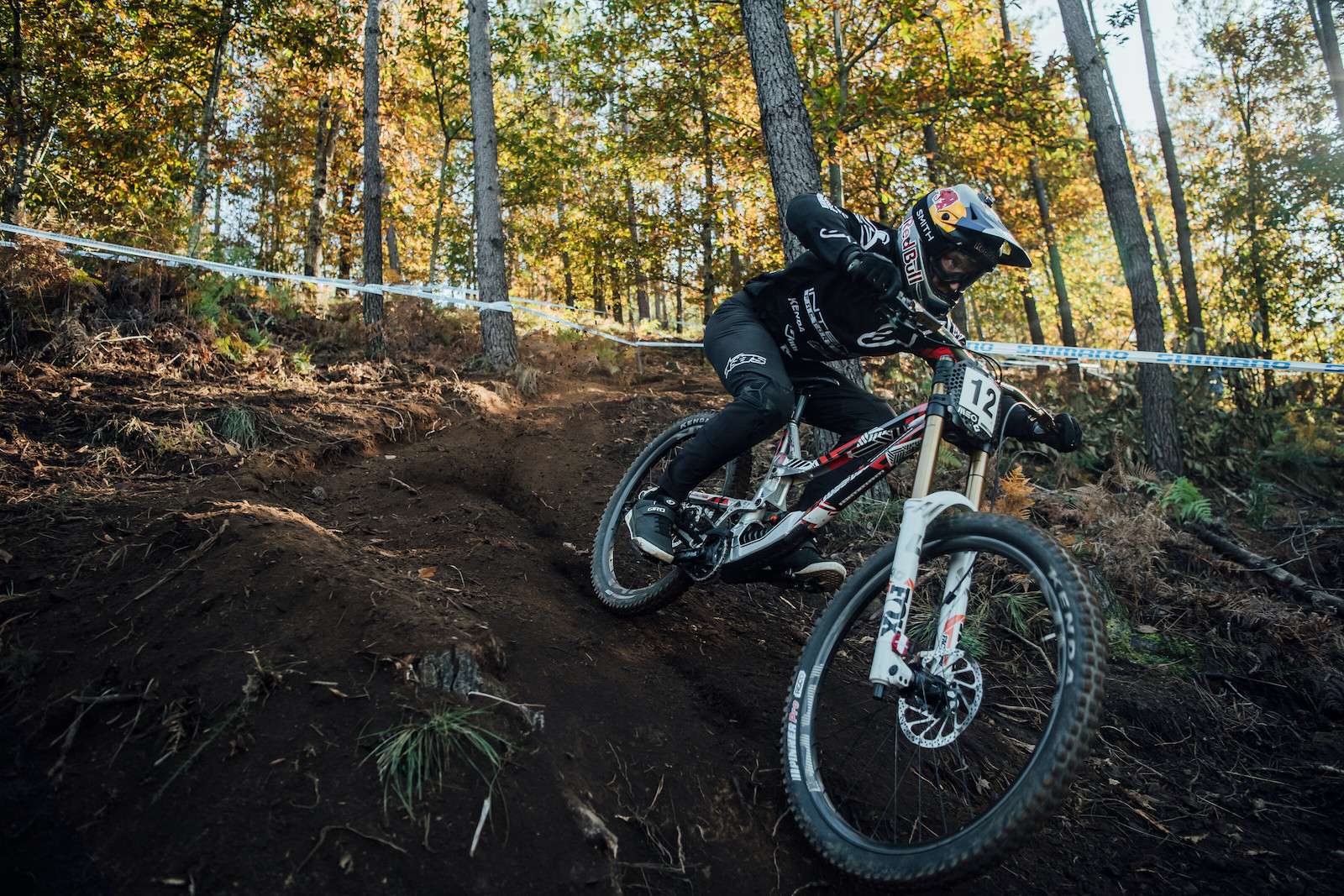 Fifth place for Dakotah Norton, just 11 thousandths from his compatriot, who he approached in the final part of the course with incredible progression. 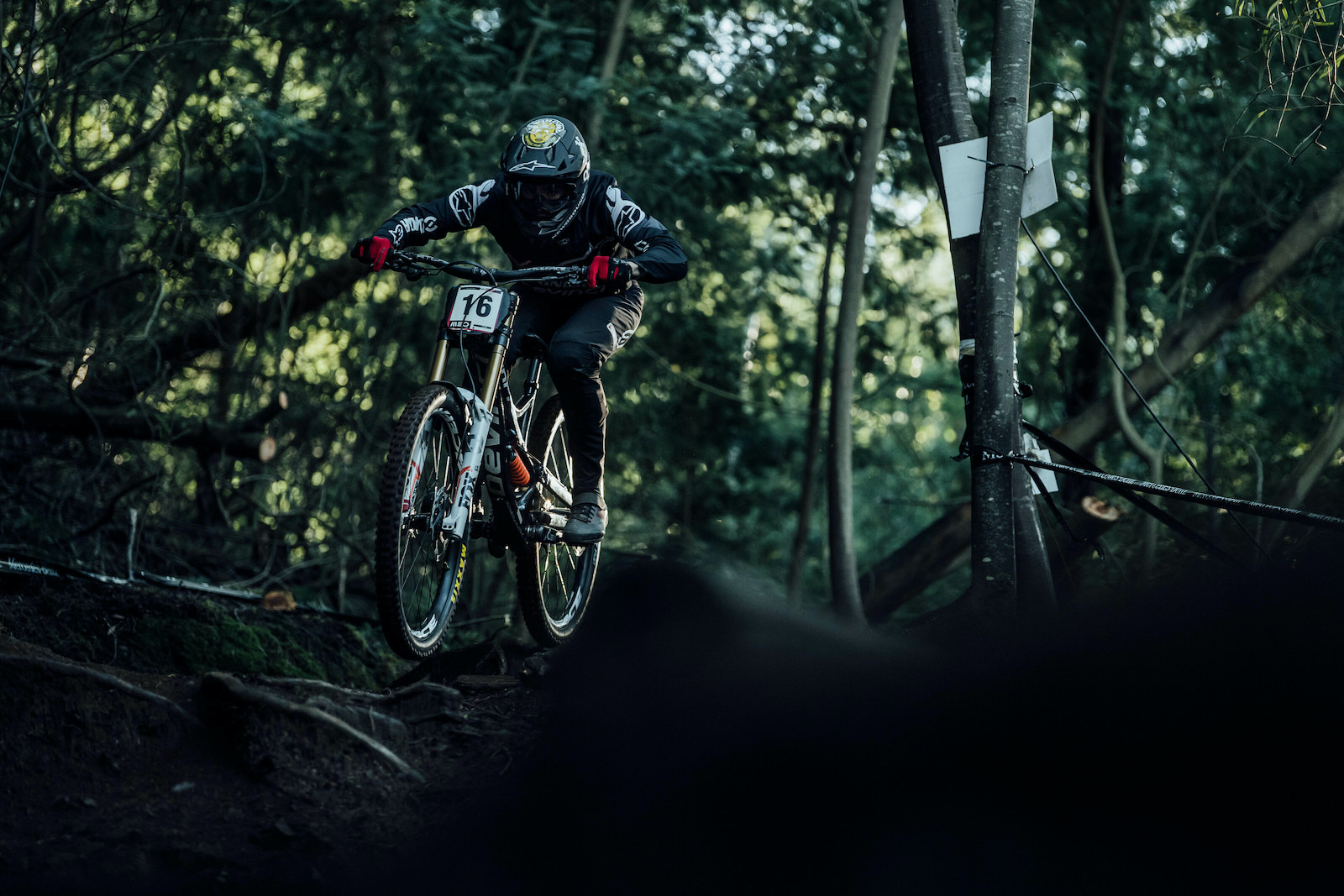 Loris Vergier, Maribor star and leader of the overall series, had to surrender to a puncture in his front tire at the top of the track. 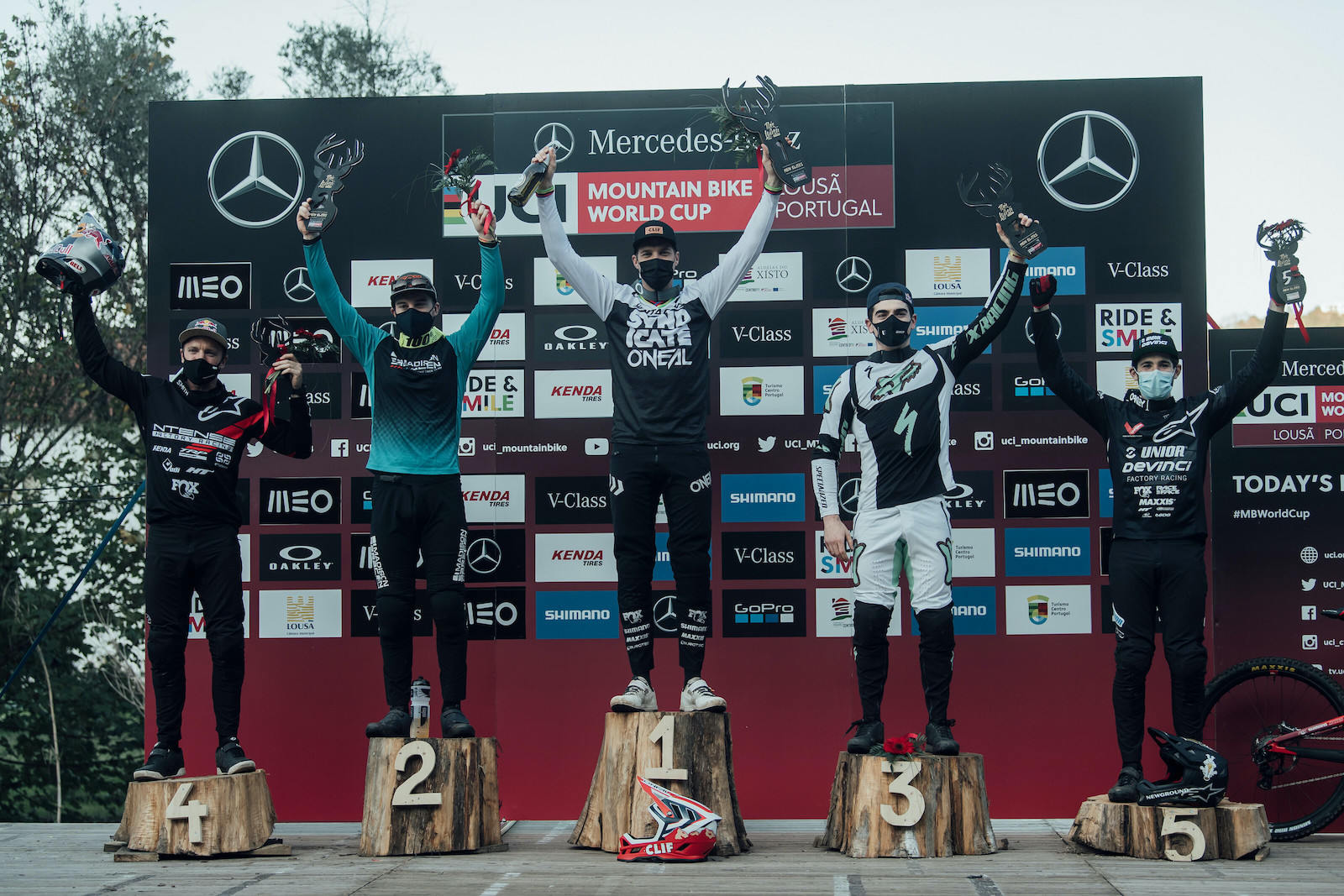 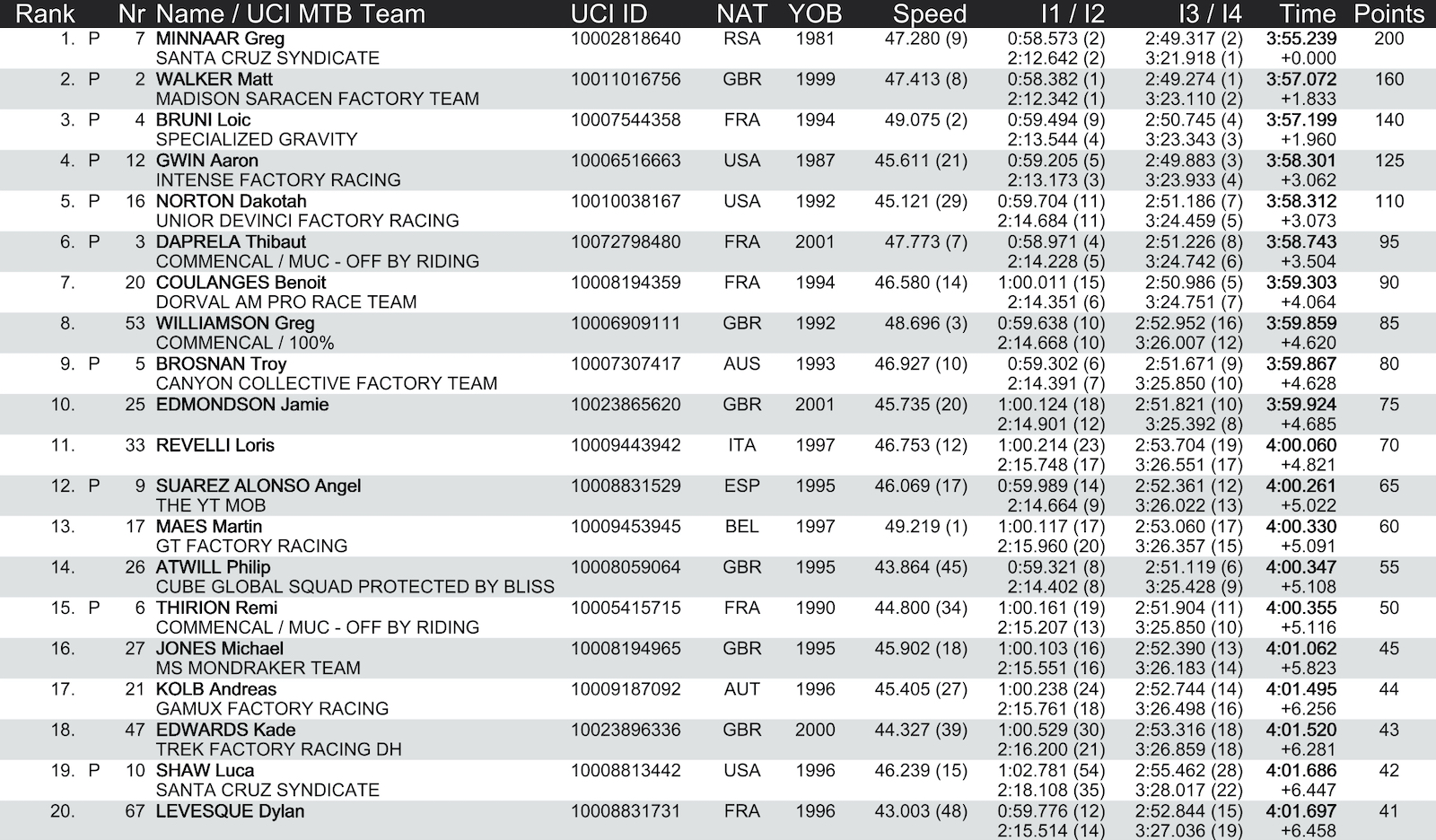 In the women’s field we have witnessed the return of Myriam Nicole, finally in top form after a long absence due to injury last season. 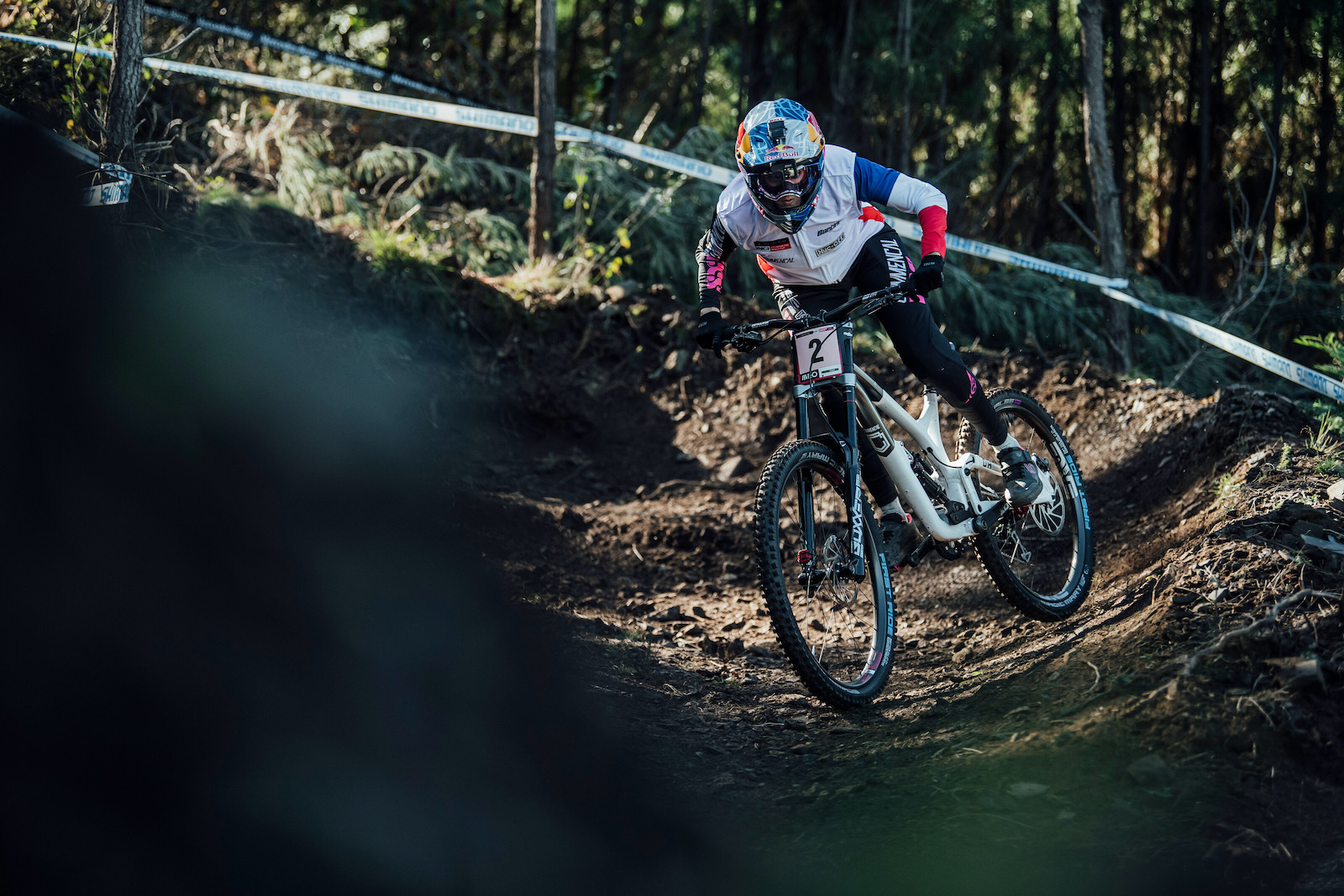 The French champion rode with her typical fluid and aggressive style, scoring a lead of more than 4 seconds over her compatriot Marine Cabirou, up to that moment in the hot seat, from which she took away the leadership of the general classification. Cabirou started her run with a lot of determination, but lost some of the pace in the final part. 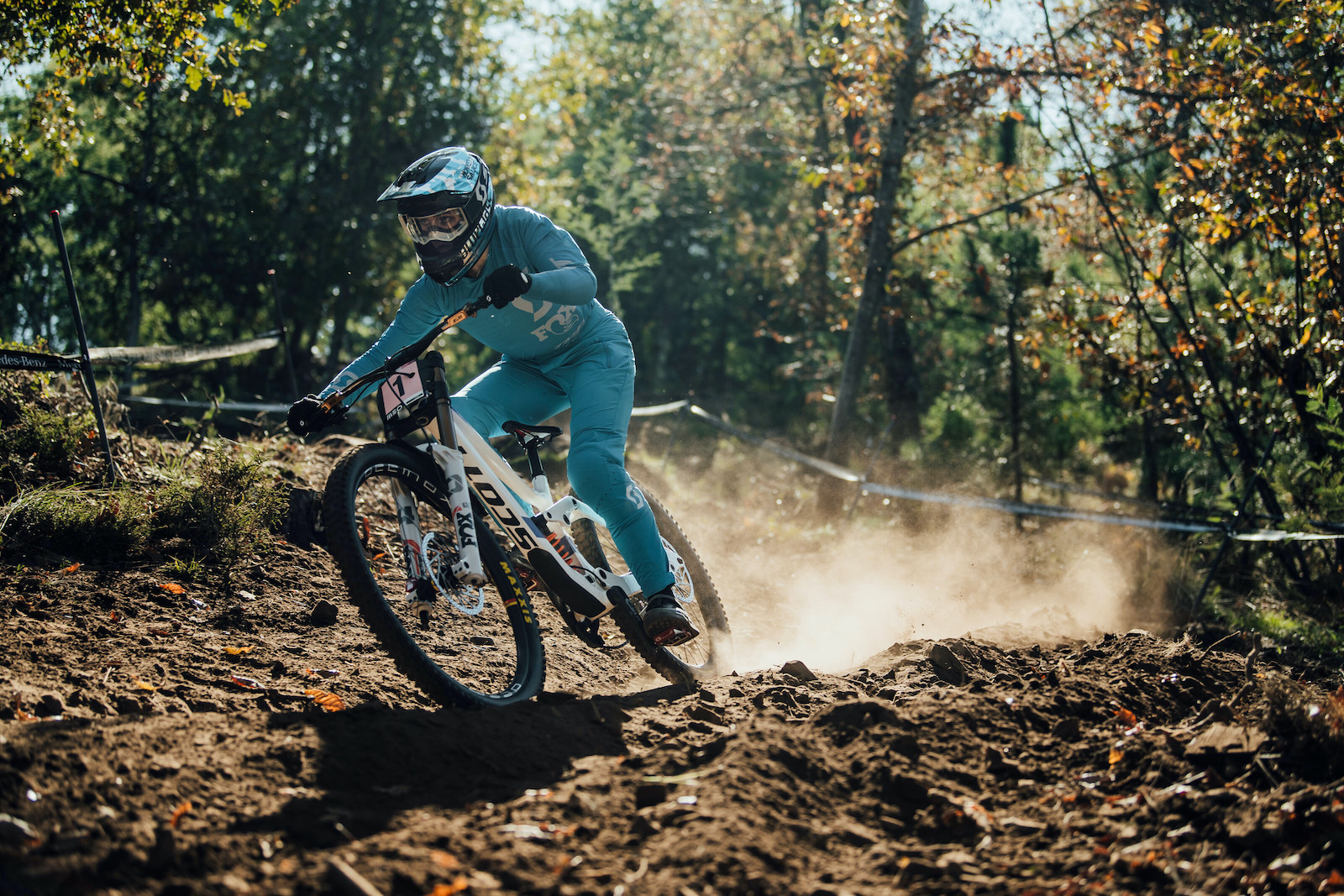 Tahnée Seagrave is slowly regaining form and closed it out in third position, ahead of Tracey Hannah and Nina Hoffmann. 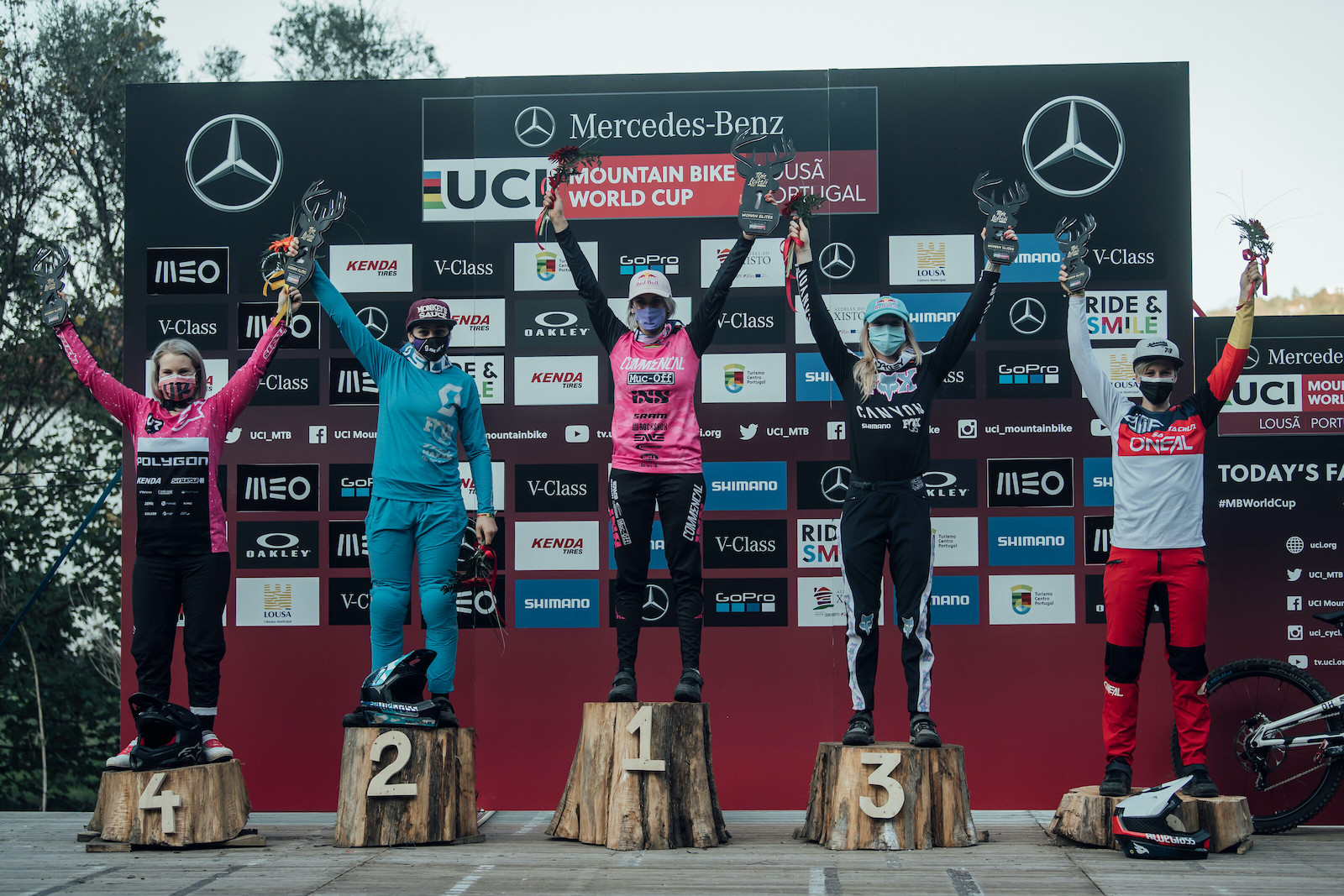 In the men’s Junior category, Ethan Craik conquered the first step of the podium. The winner of the qualifying rounds, Goncalo Bandeira, crashed in the final part of the track, finishing in 20th place after setting the best time in the first three split times. Bad day also for the world champion Oisin O’Callaghan who closed it out in last position, out of the points zone, but keeping the leadership of the overall. On the other hand, there is nothing new in the female category where Leona Perrini still dominates the final, taking off also in the overall.

The appointment with the DH World Cup is for tomorrow, with the qualifying heat of race # 2 in Lousã.

[Video] Dialed – Behind the scenes of World Champs