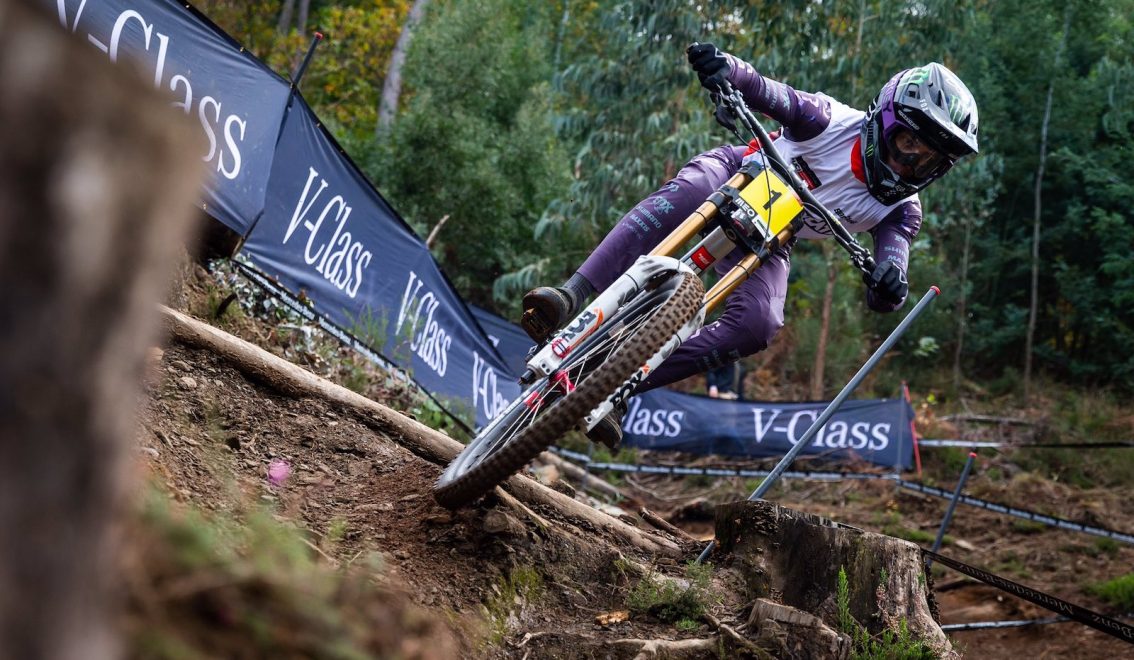 This short but intense UCI DH World Cup season is back in the swing of things with the qualifying heat of the first of the two races hosted by the Portuguese town of Lousã. The track, which we saw yesterday in the preview offered by Red Bull and ridden as usual by Gee Atherton, is fast and treacherous, with many off cambers and continuous slope changes on soft ground that offers the right grip while also being cut wide in some sections, open for interpretation. 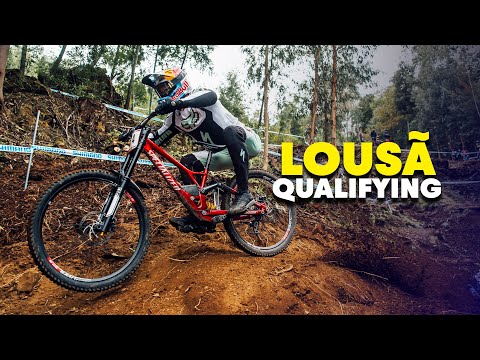 Marking the fastest time today is again Loris Vergier, who’s definitely on point this season, and has been ultra consistent, putting precious points in the bank for the overall. Second position for Matt Walker with only 1 tenth of a second gap at the finish line, after having established all the best split times. Third place for Luca Shaw, followed by Greg Minnaar, who had the best time in yesterday’s timed practice. With 3 places in the first 4 positions the Syndicate team consolidates its leadership in the team ranking. Fifth place for Loïc Bruni. Loris Revelli is unable to replicate the excellent fourth place in yesterday’s timed practice but still did have a good heat with a 29th place just over 6 seconds from the podium. 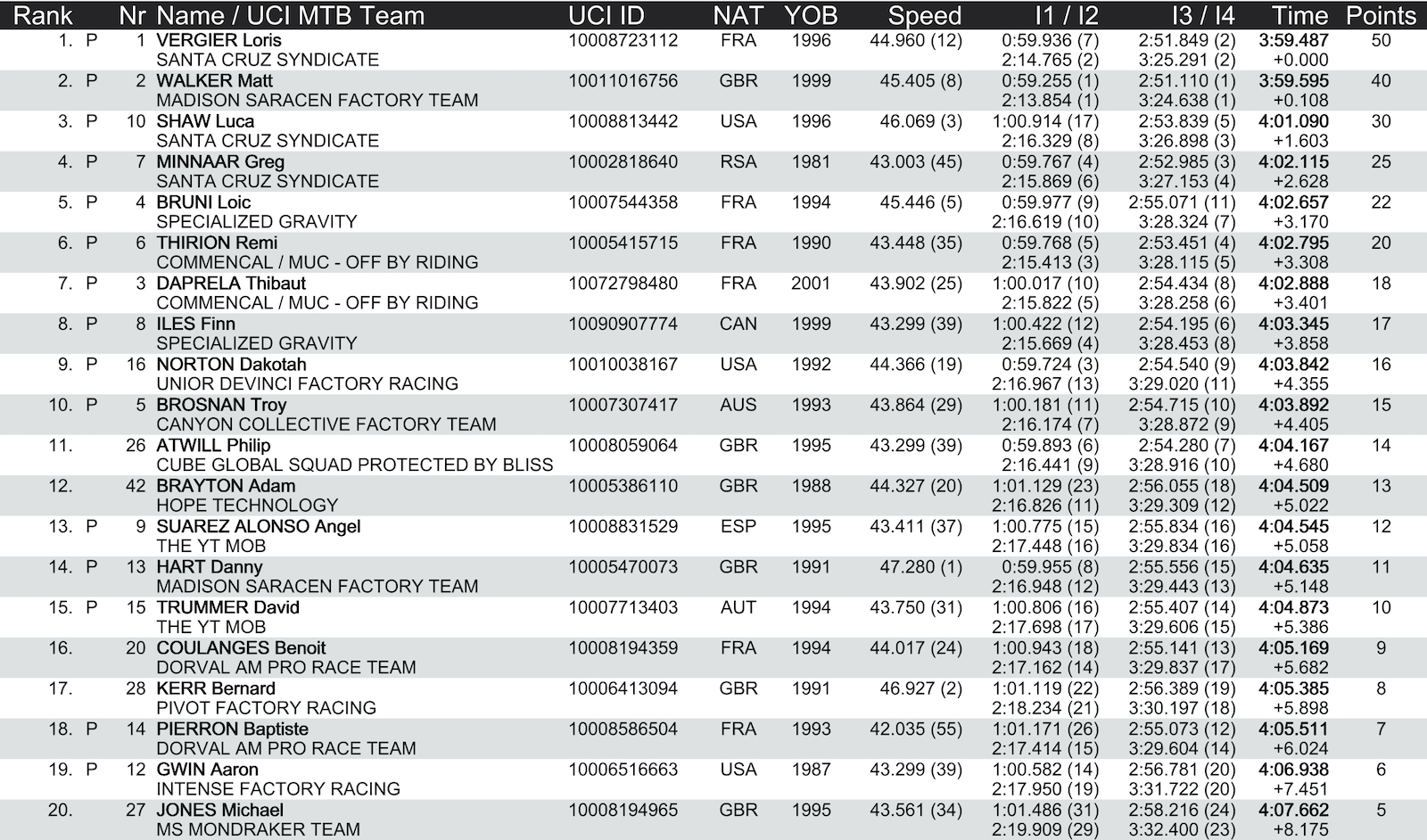 The qualifying round shuffles the cards in the women’s field where Myriam Nicole conquered first place almost 5 seconds ahead of Tracey Hannah, who despite having announced her farewell to competitions for 2021, seems determined to end her career by repeating the victory of the 2019 World Cup. Third place for Tahnée Seagrave, just over a tenth from Hannah, who seems to be gradually returning to her best form after the injuries that kept her away from racing in 2019. Marine Cabirou closed out in fourth position, followed by the winner of race #2 from Maribor, Nina Hoffmann.

Among the Juniors, in the male field, Goncalo Bandeira set the fastest time, trailing the world champion Oisin O’Callaghan by 1 and a half seconds, while among the women it is Lauryne Chappaz who leads the pack in the qualifying heats with 13 seconds approximately ahead of the world champion Leona Pierrini.

The live stream of Lousã’s race #1 final will be broadcast on Red Bull TV tomorrow at 1.30pm for women and 2.45pm for men. 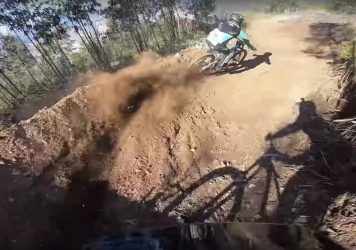 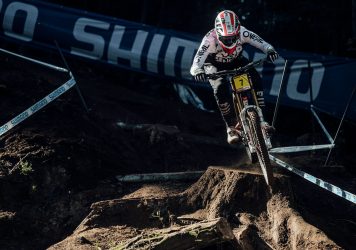 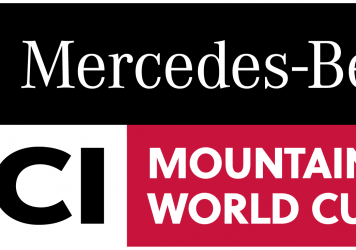