Less than 24 hours from the final race of the third stage of the UCI DH World Cup, and the Lousã race is back in action for the qualifying round of race #2 at the Portuguese venue – the fourth and final stage of the 2020 downhill season. The first three positions today see the same three athletes up top as we did in yesterday’s finals podium. The best performance was by Loïc Bruni, third yesterday in the final of race #1, followed by yesterday’s winner, the unstoppable Greg Minnaar, less than half a second behind the Frenchman. Third position for Matt Walker, who yesterday was on the second step of the podium. Troy Brosnan improves his performance by finishing in fourth position, followed by Finn Iles in fifth place, who redeemed himself from yesterday’s crash in the final. 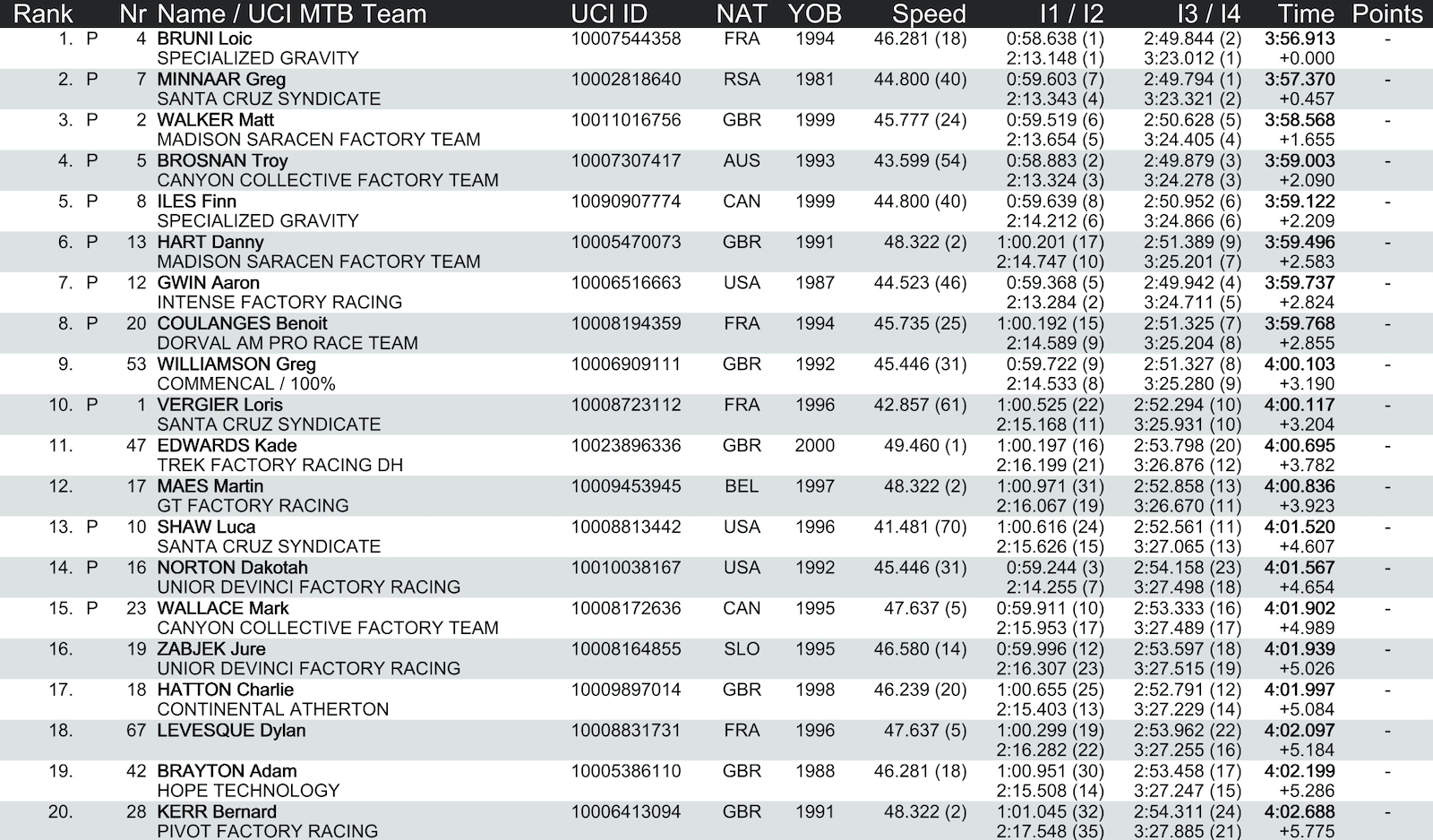 In the ranking of the women’s qualifying heats we see the return of Tahnée Seagrave who sealed the best time with a 4 second advantage over Marine Cabirou. Third position for Tracey Hannah, followed by Monika Hrastnik and the world champion Camille Balanche. Myriam Nicole fell and had to settle for eighth position, followed by Eleonora Farina, who fell victim to a puncture.

In the Junior categories, Goncalo Bandeira and Lauryne Chappaz set the fastest time, both replicating the result of the qualifying round of race # 1 which took place on Thursday.

The live stream of the Lousã #2 Race Final will be broadcast on Red Bull TV tomorrow at 1.30pm for women and at 2:45pm for men.