In Lenzerheide, the UCI DH World Cup is back in action after a month’s break. Today’s qualifying round of the fourth race of the season on the track designed at the time by Steve Peat in the Swiss town, which alternates between very fast sections and technical sections. Overall it is a truly physically demanding track, especially with the dry and dusty ground which makes it even faster but at the same time decreases grip and control. 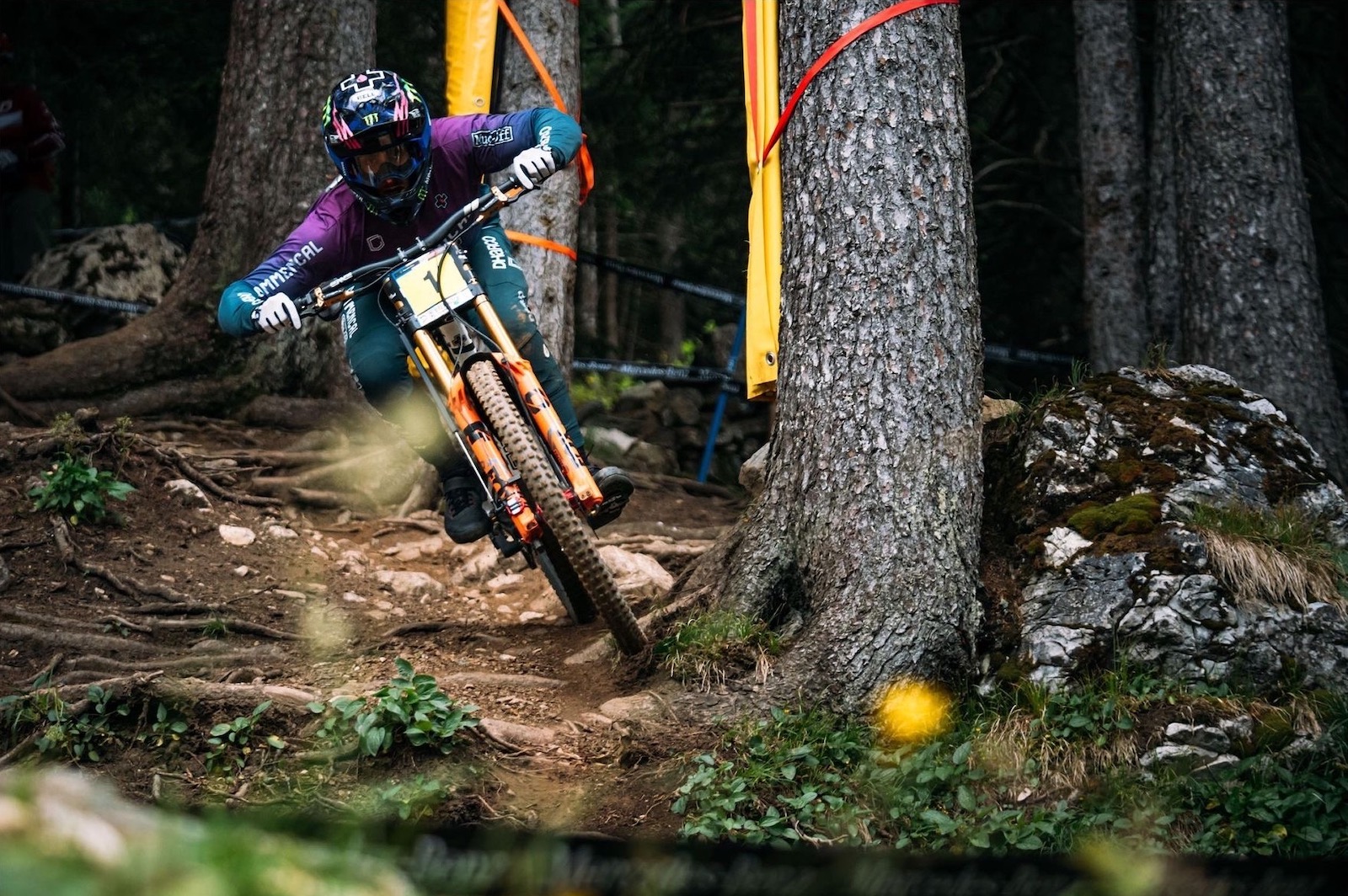 Today’s ranking sees a Franco-American dominance, with Amaury Pierron setting the fastest time followed by Dakotah Norton and Loris Vergier, all three clocked in within less than 4 tenths of a second. Fourth position for Benoit Coulanges and fifth place for Luca Shaw. 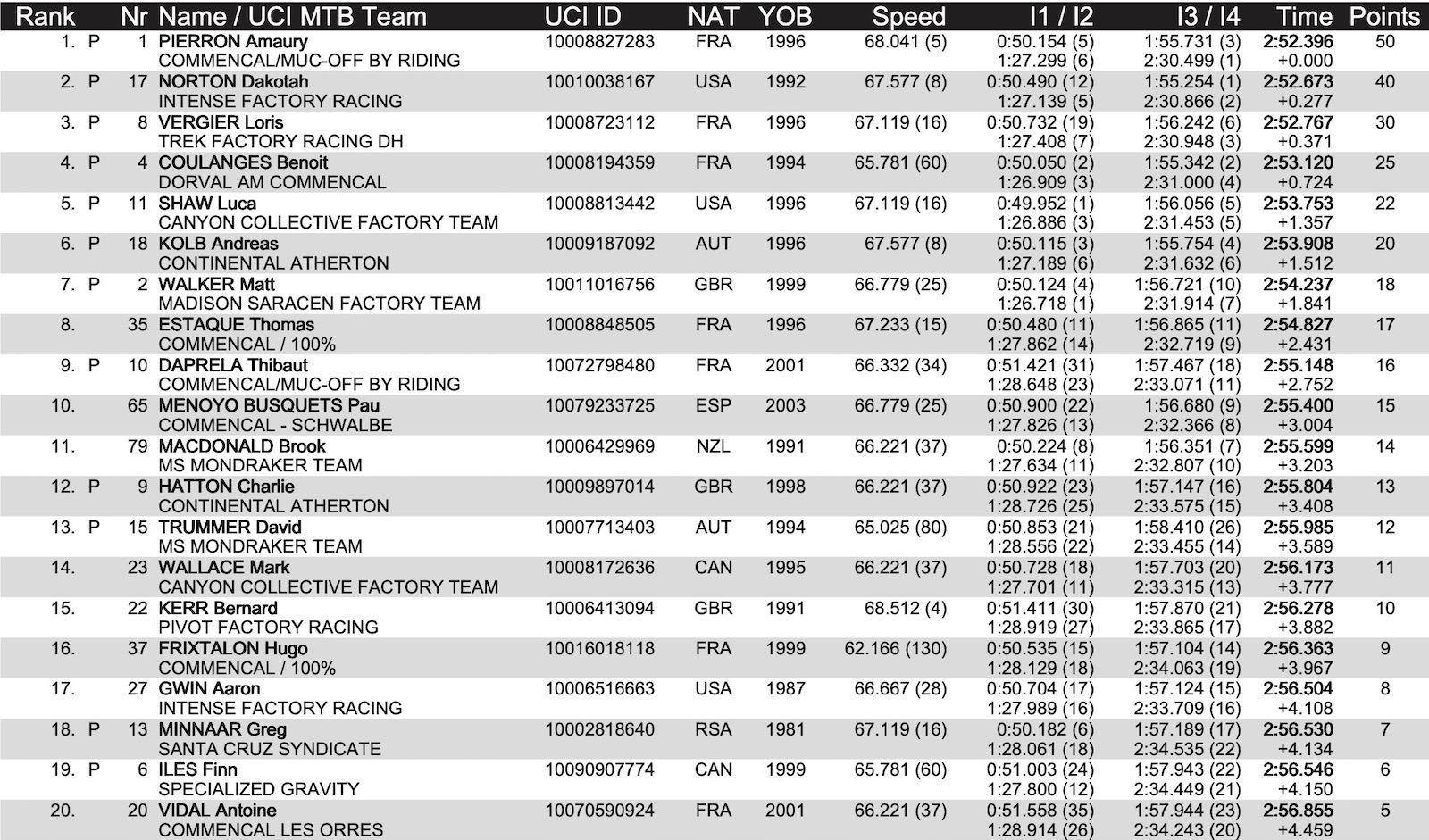 Camille Balanche, dominator of the current season, marks the best time also in today’s qualifier with a wide margin over Myriam Nicole. Third position for the new European champion Monika Hrastnik. No North Americans in the top ten unfortunately…

In the junior category, Jordan Williams snaps first place in the qualifying round over circuit leader Jackson Goldstone by just 9 thousandths of a second. Phoebe Gale wins in the women’s field with a decent margin over her pursuers.

Tomorrow the finals race will take place, broadcast live on Redbull TV at 12.25 for women and at 13.45 for men.