Lenzerheide presents itself at its best for the World Cup XC race: sunshine, lots of fans and the home favorite more gassed than ever after last Sunday’s victory in the world championship jersey . I remember that Schurter lives 20 minutes from Lenzerheide, in Chur. A nice advantage to be able to sleep at home the day before the race, with the family, especially if you want to win your 33rd cup race to match Julian Absalon’s record.

The track was very dry, which was also good considering the many roots present, which make would make it very difficult in wet conditions. The starting pace was high, but not frantic, so much so that the first laps see a large group of athletes in the lead, complete with crashes where there were several lines that rejoined. The one between Flückiger and Cink, the two contenders for the World Cup ovearll, is spectacular, in which Cink had it the worst and ended up on the ground, creating a pile up. 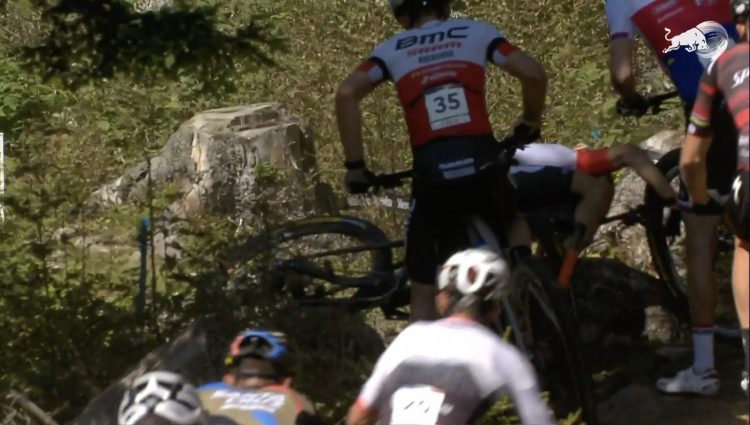 Nothing serious though, as the Czech would close the gap shortly thereafter.

The pace was then dictated by the usual two: Schurter and Flückiger, with the second who seemed to have become a little more careful not to pull too hard after last Sunday’s setback in Val di Sole. On the fifth lap Flückiger broke the delay and attacked in the first climb, which in normal times is a blue downhill run, breaking away from the competition. Schurter and Koretzky, however, mend the tear and the group regroups.

At the beginning of the last lap the waiting tactic begins to see who is attacking, with four athletes in the lead: in addition to the two Swiss, Koretzky and Haterly have the opportunity to break. 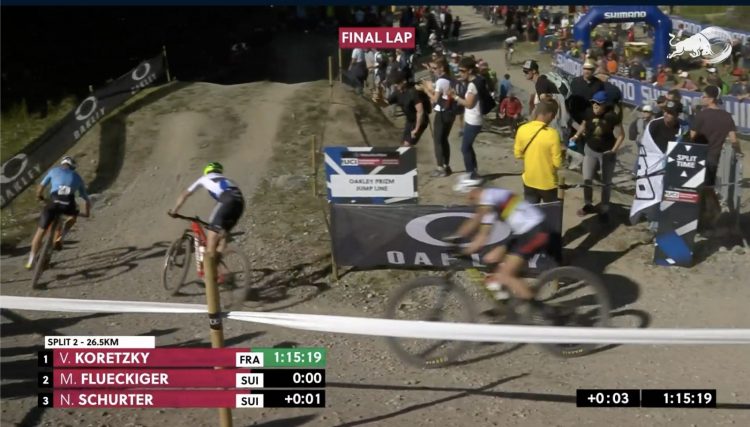 It was a very open final with three athletes fighting for the victory, as Hatherly gives up. Flückiger explodes and gets Schurter to turn inside corners, while Koretzky wins his second race of the season after Albstadt. The world cup overall will thus be decided in Snowhoe, US, in the last race of the season. 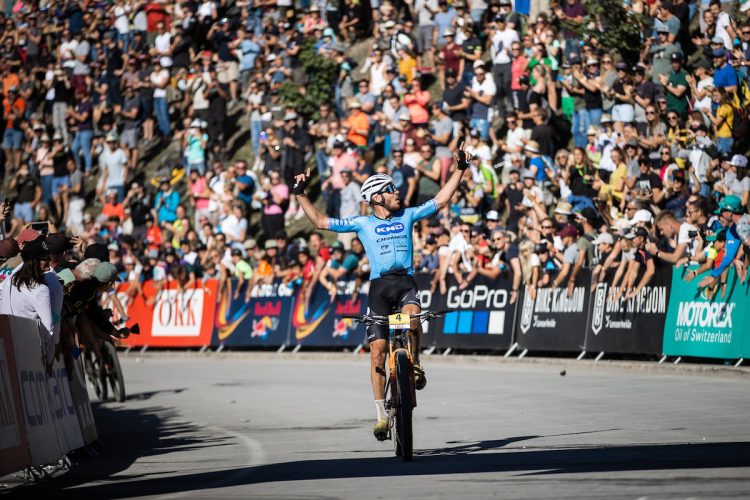 A very tough race, full of attacks and snags, despite the fact that there were no big climbs on the track. The athletes were eventually destroyed. A triumphant weekend for the French, who won the men’s and women’s DH in the elite category, in addition to the men’s XC. 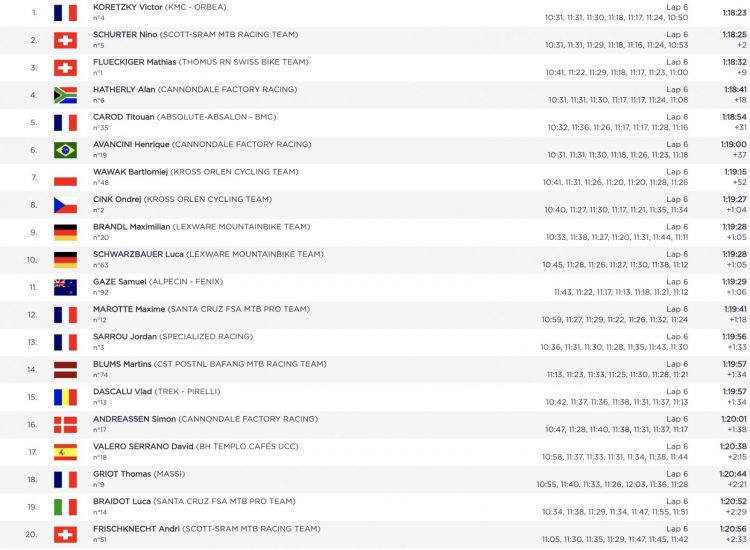 The new world champion Evie Richards gave an encore 6 days after her winning race in Val di Sole, also winning in Lenzerheide ahead of New Zealander McConnell and a newfound Jenny Rissveds who had won the short track on Friday. 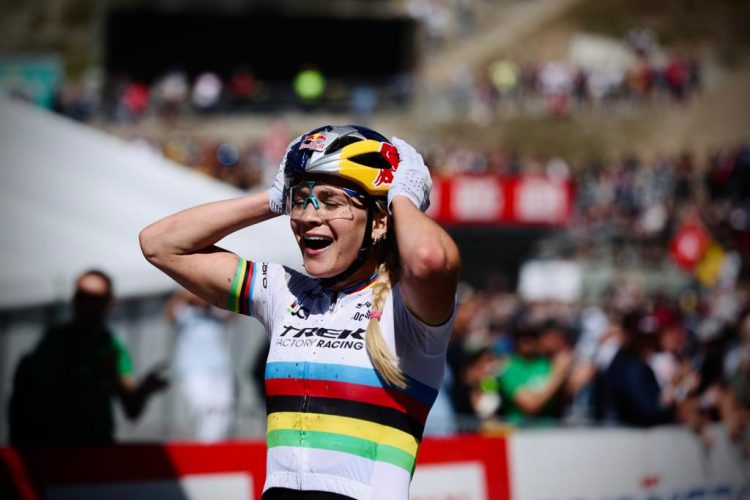 Frei was unlucky, slowed down by a flat on the last lap when she was in third position.