Last month, YT Industries published a documentary video that told the story of the brand, accompanied by its new bicycle line for 2018. Among them, one was missing, the Capra. Soon people began to ask themselves where they were. Since YT didn’t show off an update, some people wondered if the Capra was not going to be in the new range of models this year. Well, everything was part of YT’s the marketing plan, and today they officially present one of their most famous bicycles, which helped them to settle and establish themselves in the mountain bike industry, the beloved Capra.

I will mainly talk about the CF PRO 29 model, which I was lucky enough to try out during the official press presentation of the new Capra last December in Portugal. YT has created a Descending machine that offers the uphill performance of a Trail bike. Modern geometry with short chainstays and a slack steering angle perfectly unites the best of both worlds. Updated with metric shock dimensions, Boost spacing and a refined suspension system, the new Capra is just as aggressive as a Tues and as agile as a Jeffsy, aimed at tackling the most demanding Enduro competitions as well as having loads of fun in the bike park. 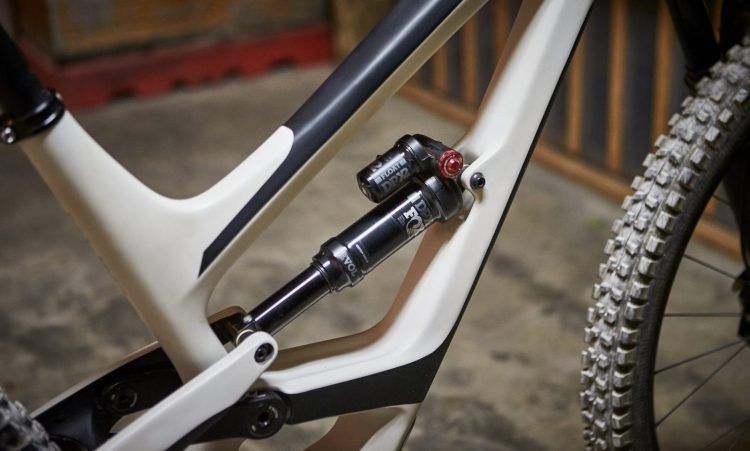 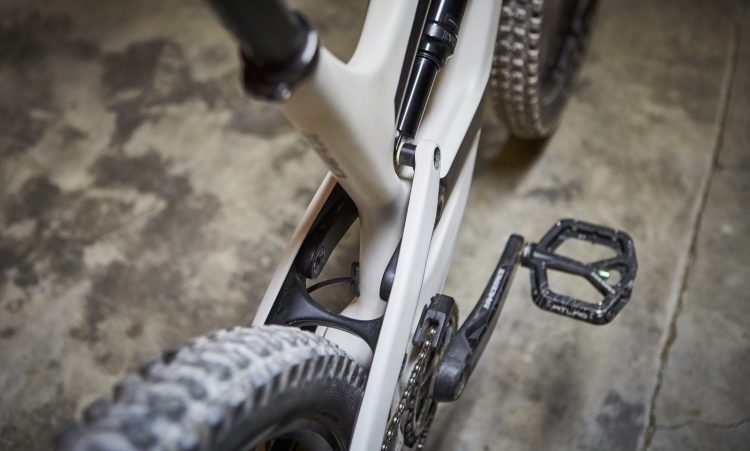 The Virtual 4 Link suspension system has been improved by adopting the basic principles of a modern Enduro bike, with performance on the descents as a priority. As it should be, the bike is sensitive in its initial travel, with good support in the middle and enough progression at the end. This  encourages the confidence necessary to ride on steep terrain at high speeds downhill without having problems pedaling uphill efficiently.

In addition, with the new Capra, the kinematics have been optimized to further reduce the influence of pedaling forces. The result is a exceptional uphill efficiency with optimal position and neutral pedaling behavior. 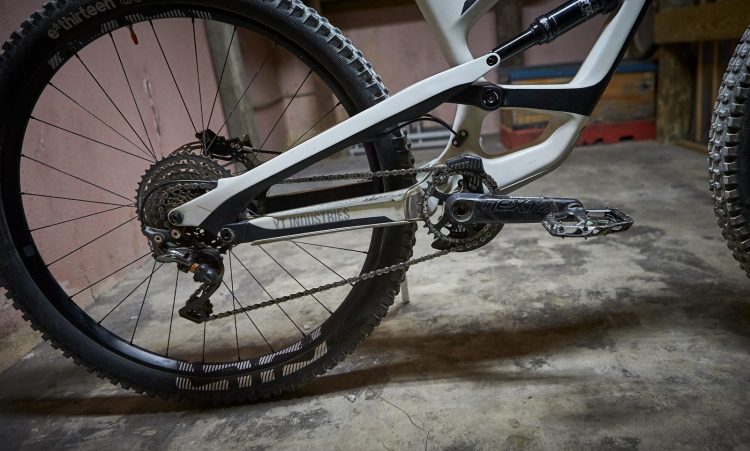 The YT guys have decided not to choose the new SRAM Eagle drivetrain group for the Capras as they claim to have found the same, or better results, with the new TRS cassette from e * thirteen, which offers a range of 511% , and a ratio of 9-46 gears combined with Shimano XTR derailleurs. The other components are Race Face, such as the new Next R cranks  or the Turbine R 35 bar/stem . The brakes are the new SRAM Codes with 200mm discs, and the 30mm aluminum wheels and 2.35 “width tires are e * thirteen TRS +.

Like most modern bicycles today, the wiring is internal, entering just behind the headtube and exiting the bottom of the seat tube, proving silent even on the roughest of trails. In the down tube there is a section of rubber sheath that protects it from any impact it may receive, while the rest of the tube has a transparent protective vinyl, which we also see in other contact areas on the rear end. Additionally, the chainstay has a rubber guard that protects it from the chain, accompanied by a small metal plate. The seat angle of the new Capra is perfectly adjusted for a morewell balanced pedaling position, which allows for optimal weight distribution and a more forward positioning of the rider. The steering angle and short rear stays, scaled for each frame size, offer the perfect ratios for an Enduro bike  in terms of agility and traction.

YT, from now on, offers five sizes of frames ranging from size S to XXL. Capra 29 will be available from size M, aimed at people with a minimum height of 1.64m, while for people shorter than 1.64m, the Capra 27 would be the ideal model of choice, guaranteeing a better fit and more agility. 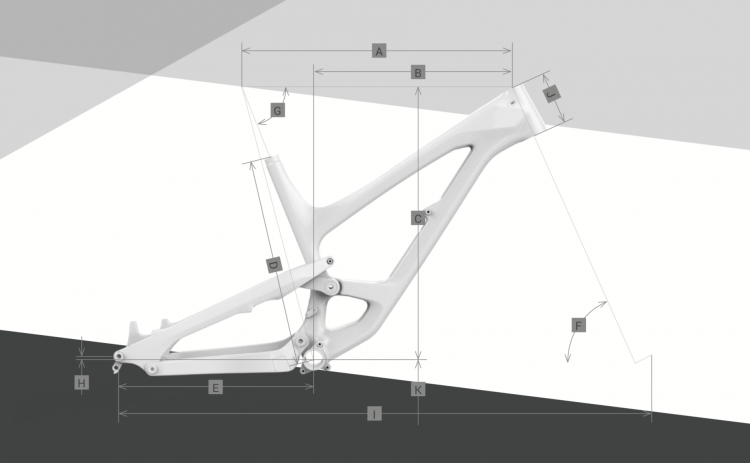 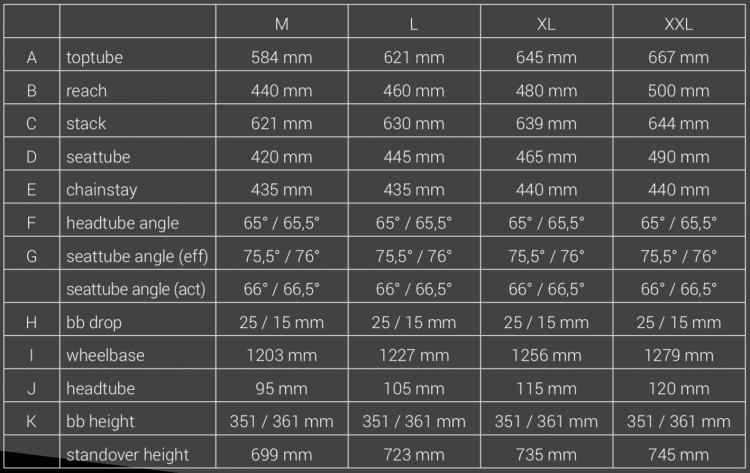 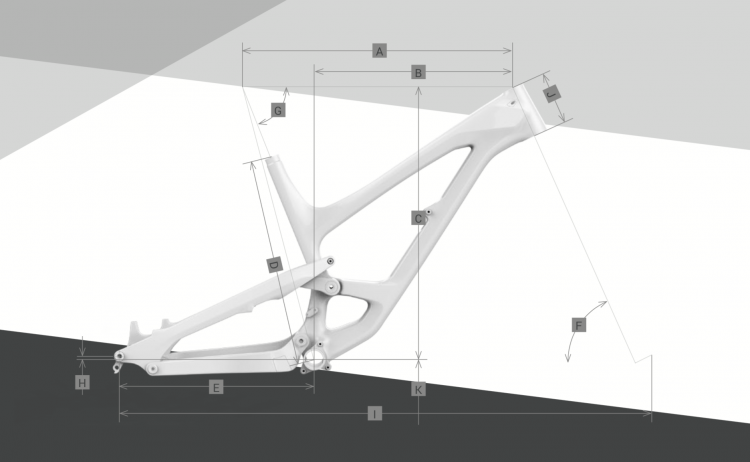 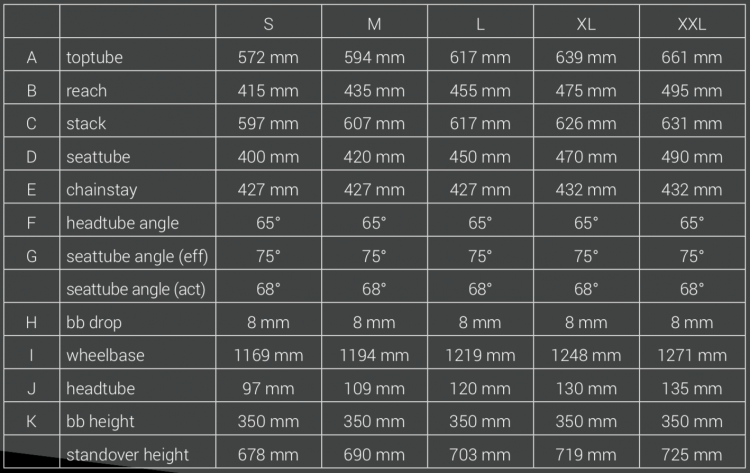 At the end of last December I had the opportunity to travel to Sintra, a town near Lisbon, the capital of Portugal, for the official presentation of the new Capra. This was the perfect place to test the new bicycles on the descents that the boys of WERIDE  showed me; I’d highly recommend the area. Trails of all kinds start at the highest point of the Sintra natural park and end literally on the beach.

During 2 days I got to try the two different versions of the new Capra, both in 27.5 “and the 29″, and although the choice of the model varies according to the to personal preferences, as I will comment later, I ended up preferring the 29 ” bike. 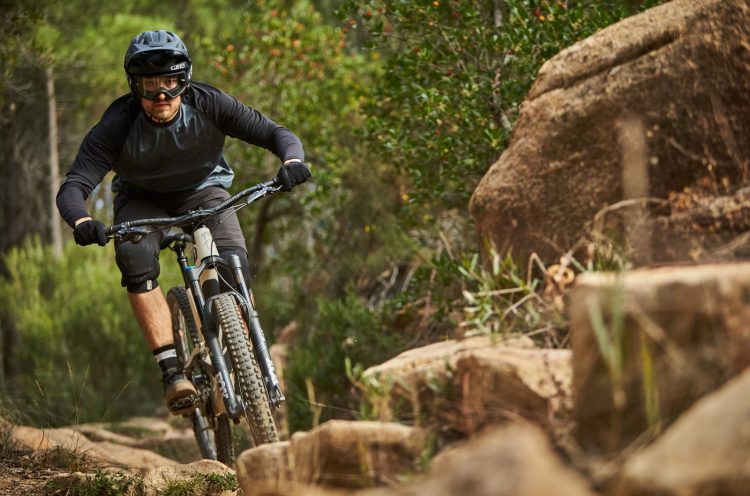 The nature of the new Capra is clear and YT says it: it is an aggressive, mini DH bike with a trail bike’s characteristics that allow you to pedal on flat and uphill sections without problems. The Capra 29 offers excellent pedaling efficiency, providing extraordinary grip even on the thoughest climbs. In addition, through a FlipChip, one can adjust the geometry according to their needs and preferences. 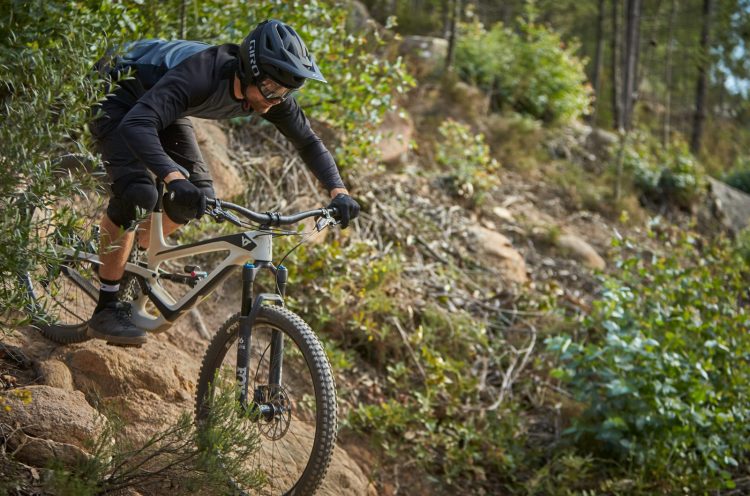 They say that 29 ” bicycles are difficult to handle due to the large size of wheels, but I do not completely agree, I firmly believe that this does not matter as long as the geometry of the bicycle is good. The new Capra 29, which has nothing to envy from the handling of Capra 27, encourages you to jump from one place to another comfortably on the trail, making directional changes without any problems. Where I do agree is that a larger wheel size offers greater stability and control over the ground, especially on the downhills. The Capra 29 allowed me to bulldoze any obstacles that appeared along the path, whether roots, fallen trunks, or stones…I went over them without problems, perhaps better than with the Capra 27. The suspension system worked very well at all times, being sensitive in the beginning of the travel, staying supportive in the middle, and progressive at the end, making some of the more harsh landings and bottom outs quite smooth. 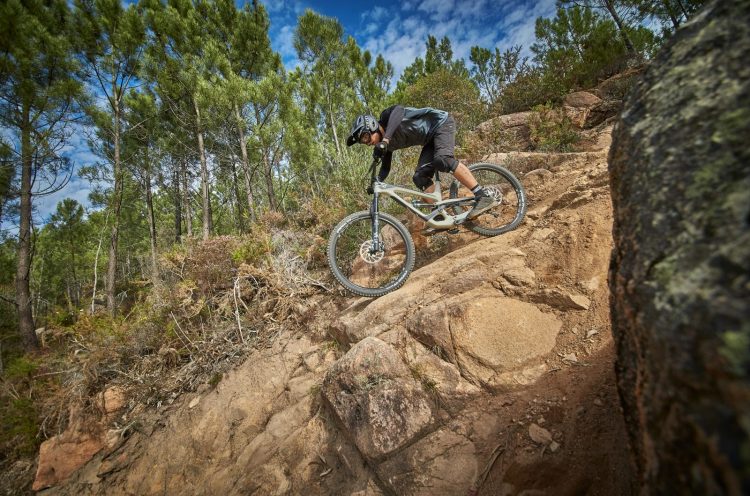 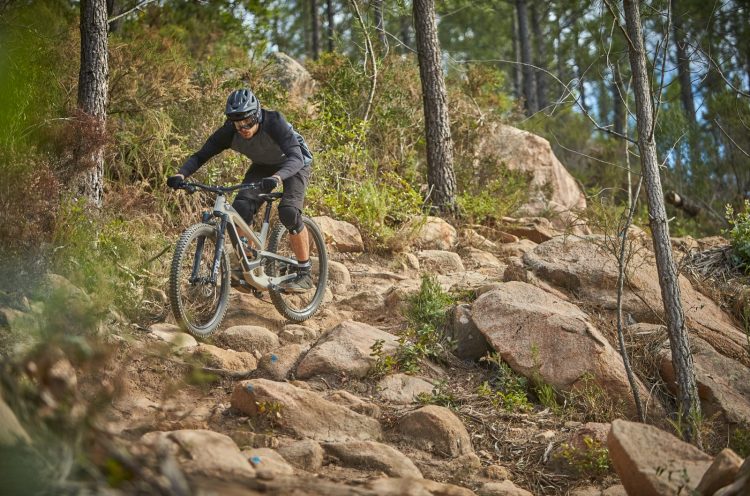 It is difficult to choose one of the two versions, since they are very similar. Personally, in Sintra I liked the Capra 29 more because on many of the trails through which we rode, the terrain was quite abrupt and pronounced, and that allowed me to push forward more safely and confidently, without caring much about making mistakes or getting out of line. In the more flowy and less technical trails, the size of the wheel did not put me in any compromise, seeing as the geometry made for an agile, intuitive and easy to handle bike. This also meant that despite the large wheels, I could take sharp turns or make changes in direction without problems.

On the other hand, if I had to choose one to use for where I live in Barcelona, ​​I would probably stay with Capra 27, since the trails I like to ride normally are not so rough, but rather fluid, full of jumps and berms. Additionally, because of my driving style, I think I’d enjoy it more for my specific purposes. 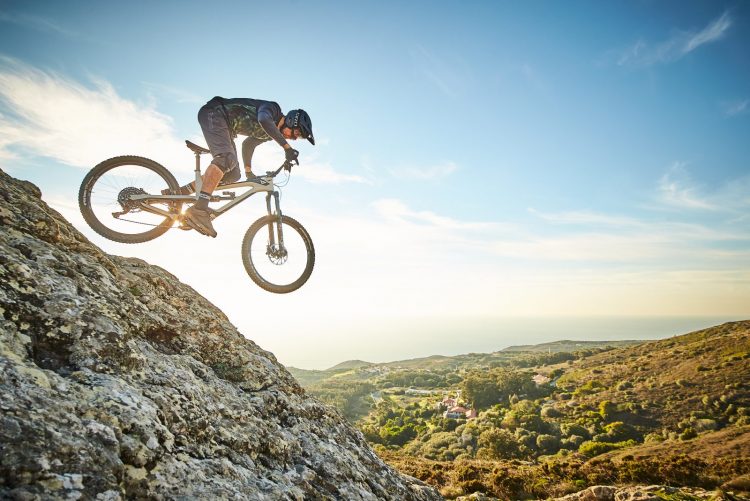 Because both Capras maintain a perfect combination of aggression, speed, agility and handling, there is no obvious answer. They have both been designed for those who seek the agility offered by an Enduro bike combined with the brawny nature of a DH bike. The riding style, preferred terrain and personal preference of each individual rider are the deciding factors when choosing the right model.

The Capra 29 offers inmmediate confidence, unrivaled control and stability on the descents, making it a perfect machine for those who compete in Enduro races or aggressively ride downhill. However, that does not mean that it is not efficient on the climbs

The Capra 27 is slightly more manageable than its older sister, being the right model for those who have more control over the bike and like to ride bike parks, jump a lot and enjoy being more playful than professional. Similarly, you can also pedal uphill without any problems. 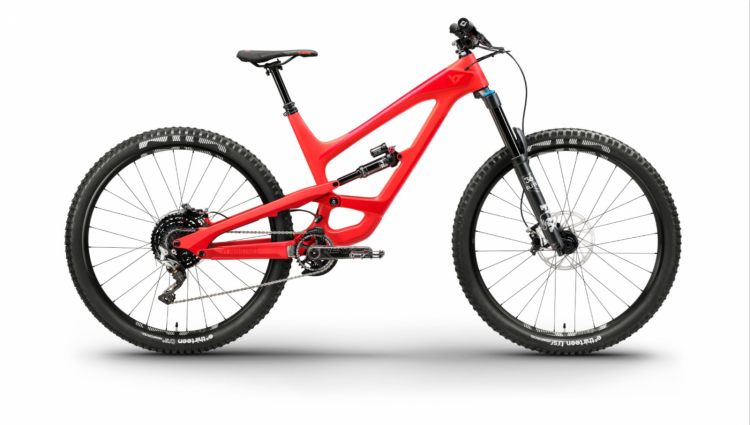 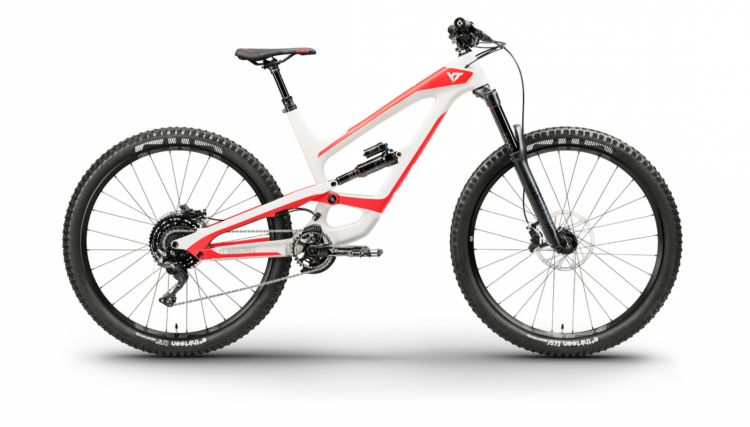 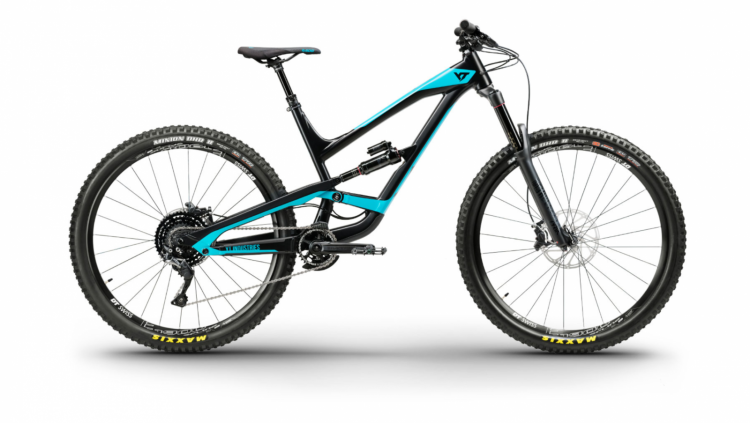 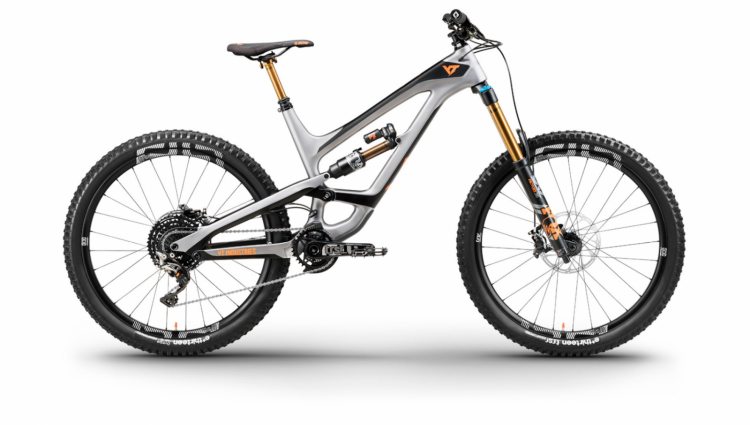 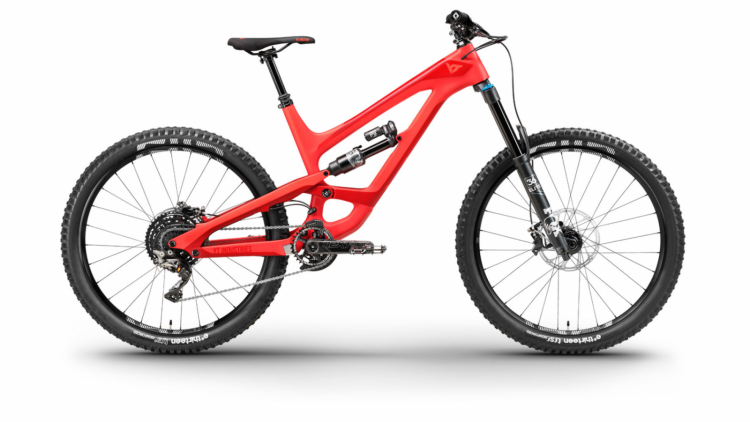 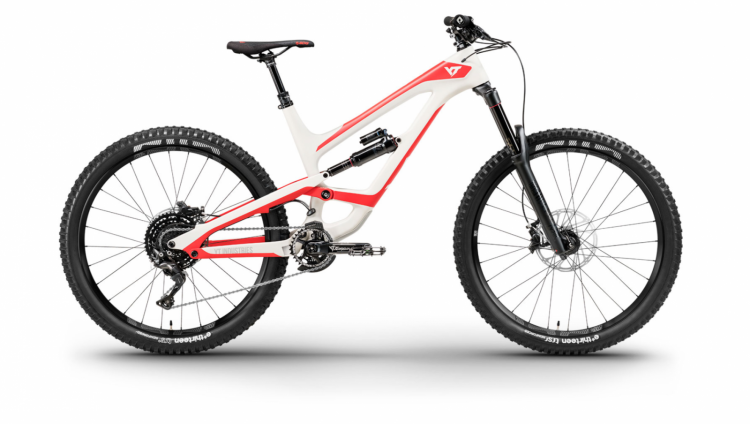