Orange Bikes from Halifax, West Yorkshire in the North of the UK, has been making mountain bikes since 1988. The bike company started as a side show to the owners main business of producing engineered metal based goods and eventually developed into a full blown business producing quality mountain bikes.

Orange over the years became synonymous with a few famous riders most notably Steve Peat who competed in the DH world cup on board an Orange bike and produced quite a few victories. With time Steve moved on and Orange only being a small brand, had grown a stable following in the UK as people liked the style of its bikes and its approach to how they are made.

We knew that Orange were quite unique in the sense that they are one of only a very few mountain bike companies that produces they whole bike in the UK still, most importantly all their frames. Knowing this we managed to organise a visit to their factory to see how they made their frames and witness the construction of their new Five for 2015.

We found quite a few things around on the walls and even bikes used by staff, we were taken particularly by the bike that Steve Peat rode in the early years of his career.

The design of the frames for Orange is unique as it is based around seam welded tubes that are formed from aerospace quality Aluminium, which is then heat treated to give strength, and then finished in their facility. The design team is local based. Their mainstay of design has been the single pivot Five for the last years and is all about simplicity and reliability.

The tubes are cut from flat metal by laser with one or two tubes also used depending on the design. All aluminium is of the highest quality and specially selected, strong frames need good materials.

To form tubes each flat piece of the frame is bent into shape and cut in the right point to make sure the tubes all line up. The more folds in the tubes the stronger the tubes. The whole process is very much hands on, with each stage having a person create the component parts.

The metal parts are welded in jigs together with a closing seam weld. The frames are then cooked which heat treats the metal and makes sure that all the joins re-aline and create strength in each individual tube. Frames are welded together in parts and put together on jigs. Each frame is made by a specific welder, all who are highly skilled with many years of experience. No machines here, only tools, concentration and pride in their work. 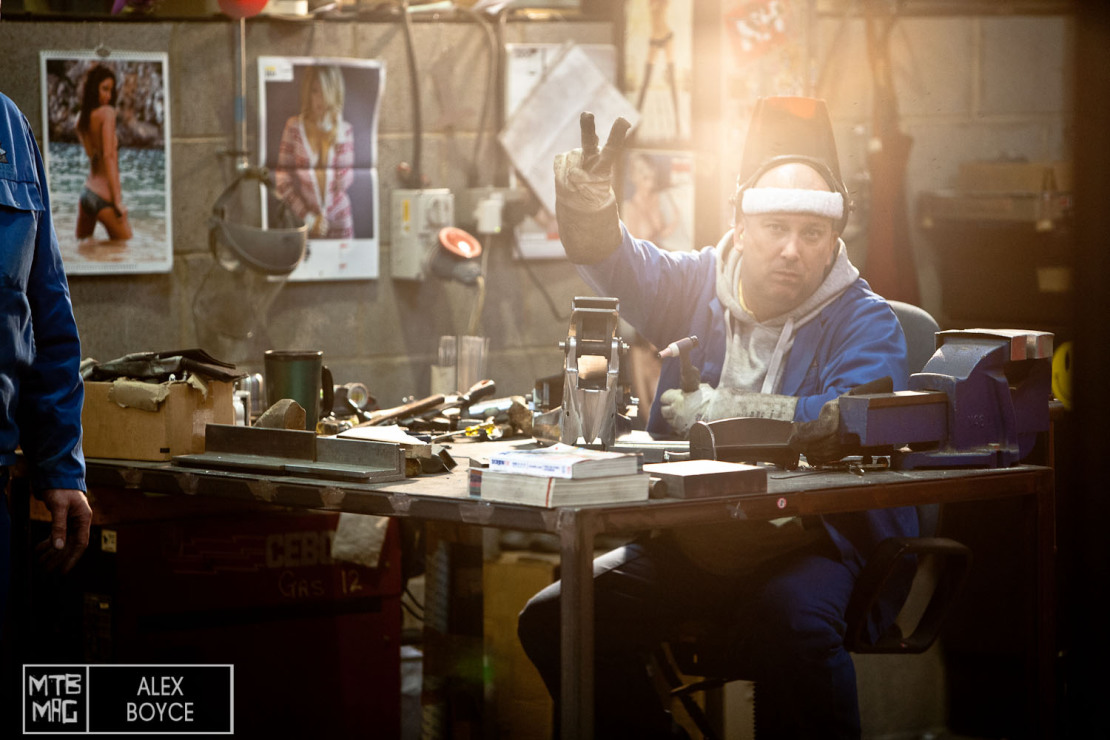 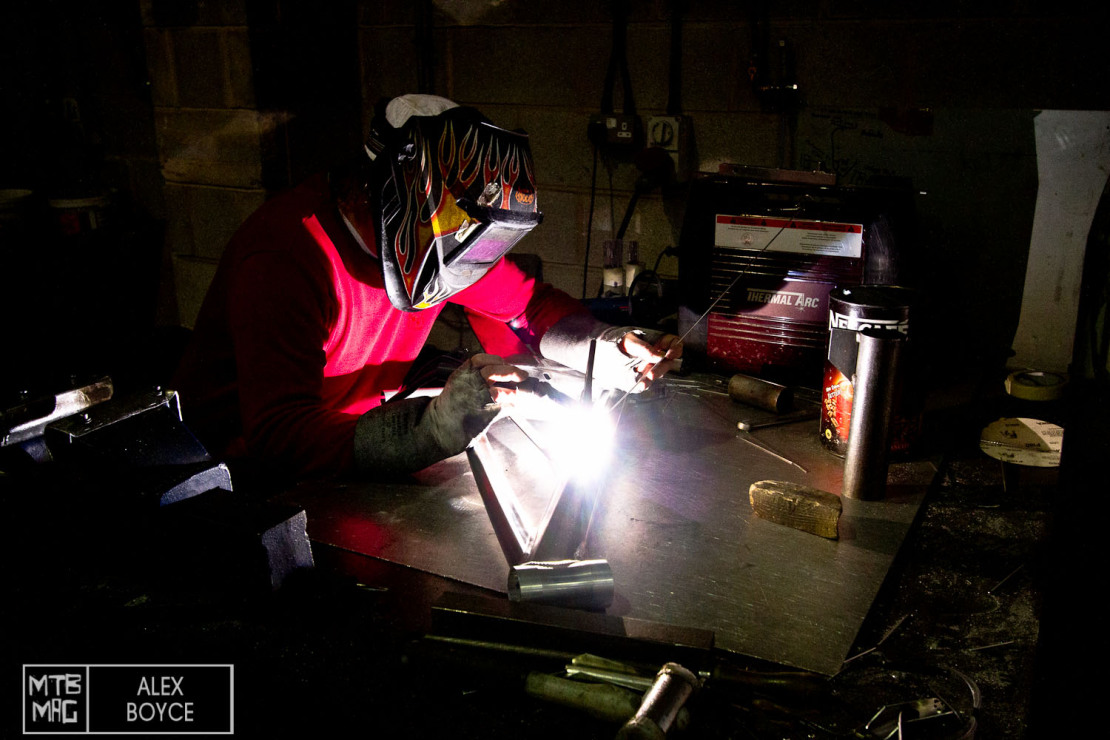 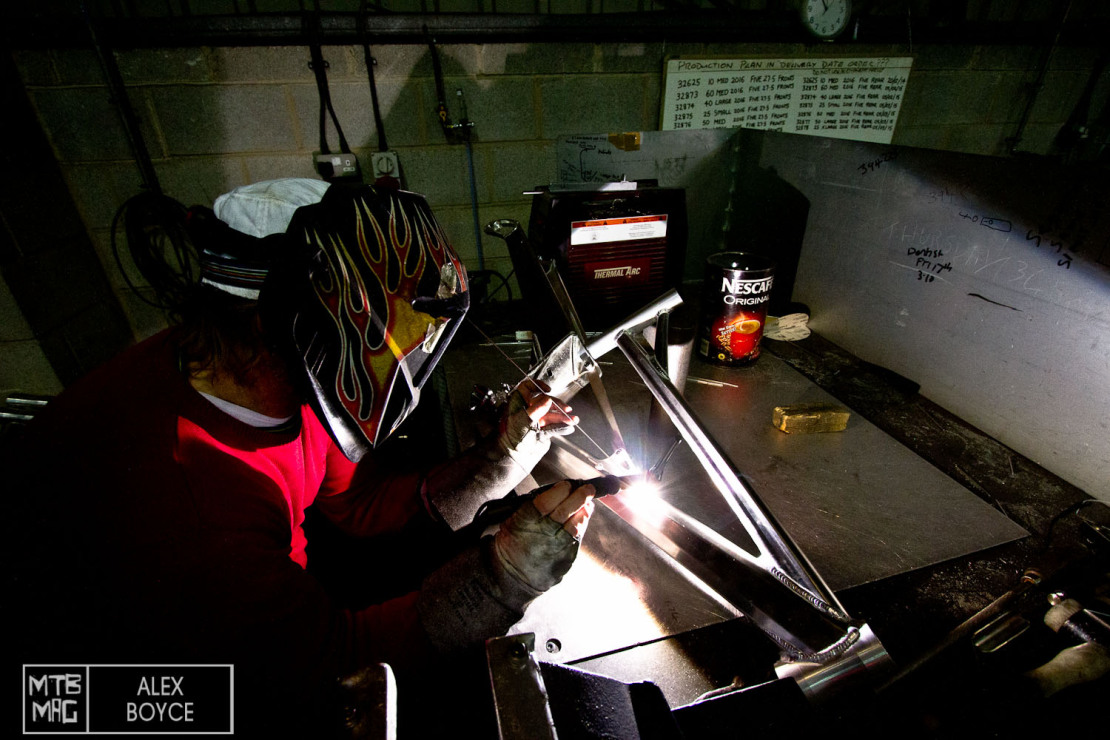 Once welded the frames are given a powder coat which is fixed by cooking the paint afterwards.

Due to the ability to control its production so closely, Orange allows  a huge range of options when building up a bike, every customer essentially ends up with a custom bike as they are so customisable. Again during this process the frames are built up more and more close checks are possible, thus the quality of finish is always increasing.

Building bikes this way in the modern West is seen as expensive and most companies don’t do it. However an Orange bike really appeals to a broad stroke of riders that like the exclusiveness of the brand and the styling and the fact that it is all made very close to market, Plus it makes it easy for Orange to up and lower production runs according to market conditions.

One of the key factors that came out from the production run we saw is how much attention to detail goes into bikes like the FIVE and how each stage is closely followed by someone, in the long term it has led to a 0.4% failure when it comes to warranty issues. One element which we felt came out is those that make the bikes, seem to understand what they are making. One thing we learned that engineering is alive well in certain places in the UK and Orange produces a high quality product. Very unusual that every bike has been made by one guy so they all take extreme pride in their work.

We have an Orange Five coming soon and will be putting it through its paces in an extended bike test.