Back in November of 2020 I tested Pirelli’s e-bike oriented Scorpion Enduro S/R combination. At the time I was hoping for a more high performance oriented version with a softer compound. Lo and behold, it has arrived! Read on for the full scoop in the press release below…

[Press release] – Pirelli continues the evolution of its Scorpion range, adapting the catalogue to the increasingly varied and high-performance bikes available on the MTB market today.

The renewal work has focused on the line dedicated to enduro bikes with longer excursion, as well as on e-MTBs. 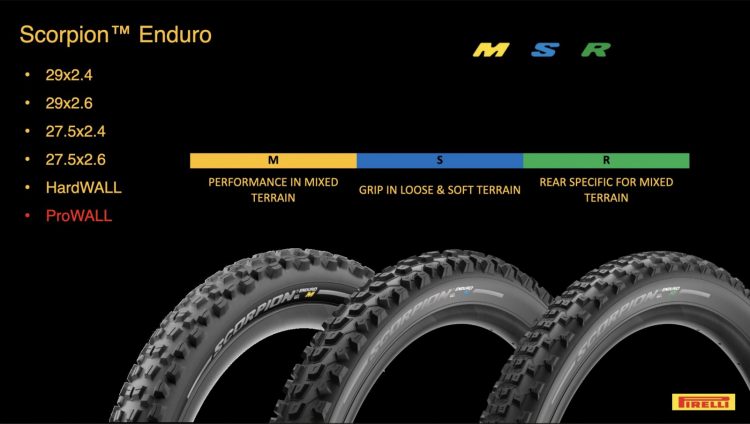 The M tread has been completely revamped and further extends its use thanks to a new knobs’ layout and a new profile, which is more aggressive but extremely versatile.

The revamped Scorpion Enduro M and Scorpion E-MTB M are designed to be true all-rounders, aimed at those who use MTBs for long mountain rides but don’t disdain the occasional race. 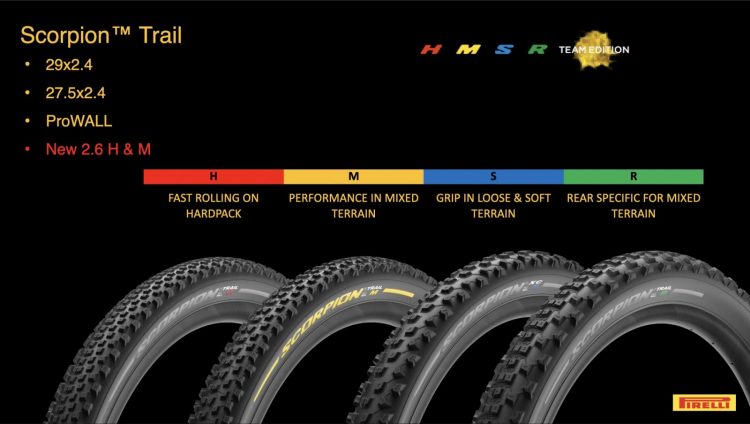 Further enhancing the versatility of the M design for Scorpion Enduro and E-MTB is the new SmartGRIP Gravity compound, developed drawing on Pirelli’s motorsport experience in motocross and rally competitions. In the new mix of materials, traction, rolling and tear resistance have improved, but the static stiffness value has been lowered, thus increasing the tire’s ability to conform to the terrain, reduce vibrations and increase grip and riding comfort in more extreme situations. 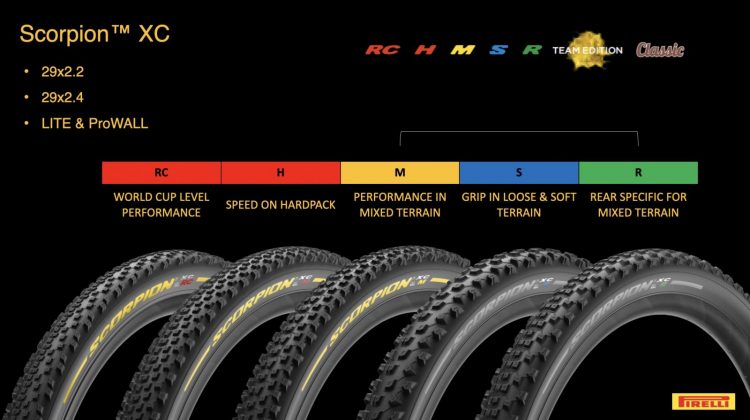 We would like to point out that the launch of the Scorpion tires dedicated to the pure racing world of EWS and World Cup DH, which are being developed in collaboration with Fabien Barel, is instead planned for the coming months. 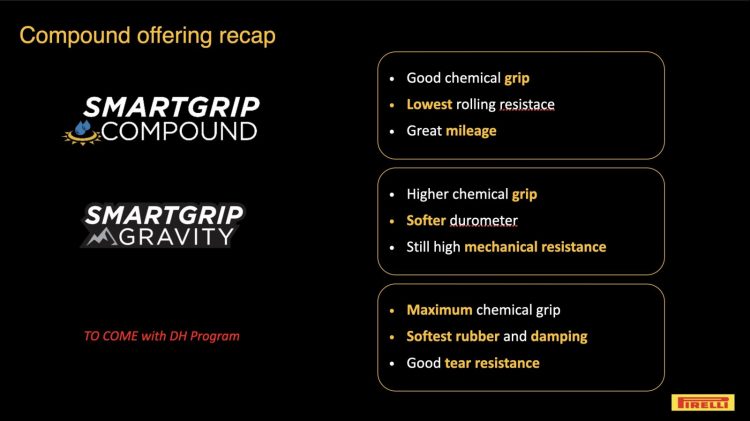 Addition to the Prowall casing 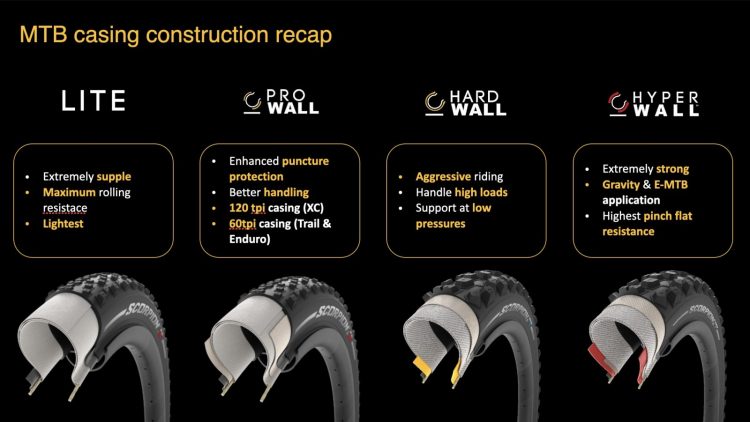 Updates on Pirelli’s MTB line also touched the range of casing combinations on existing models and compounds. Today the Scorpion Enduro range is available not only in the HardWALL version, but also in the lighter and more rideable ProWALL.

The new Pirelli tires will arrive on the market starting from the end of July 2022.