A lot of you may have become familiar with these brakes once Aaron Gwin started using them on his DH bike. We received them last autumn, and installed them on our long term test bike, the Yeti Sb 5.5. After 4 months, here are the results. 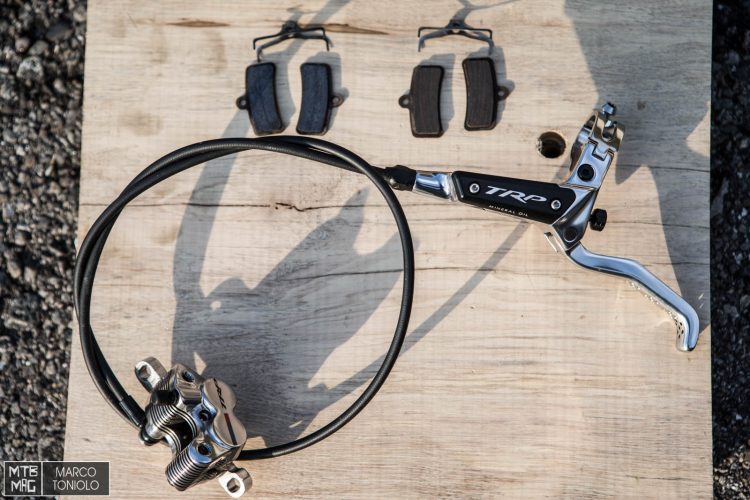 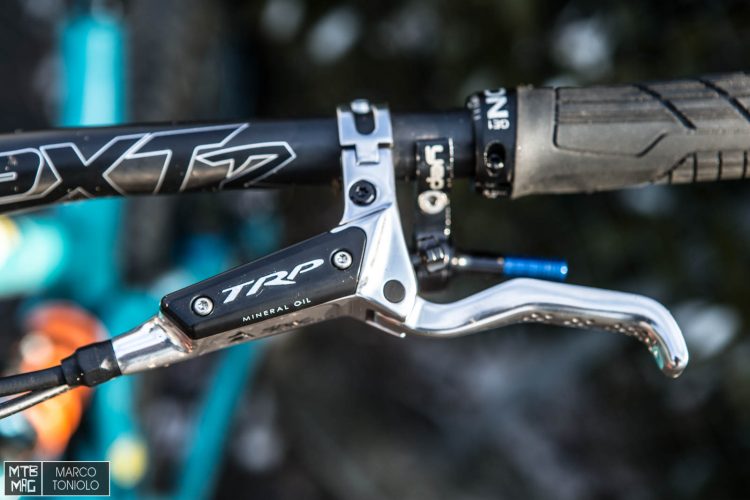 At first glance, the size of Quandiem brakes is quite impressive, they resemble some motorcycle brakes: both the caliper and the lever are big and look pretty heavy. After a quick weigh-in, fears fade away though: at 317 grams they are approximately 160grams lighter than the SRAM Code and can be appropriately installed on an Enduro/All mountain bike.

They are easy to install: we had to shorten both hoses to fit the Yeti and we didn’t even need to bleed them. Anyway, the bleeding process is very simple and pretty much identical to that of the Shimano brakes. In fact, you can use Shimano’s bleed kit, as well as the oil, which is simple mineral oil. 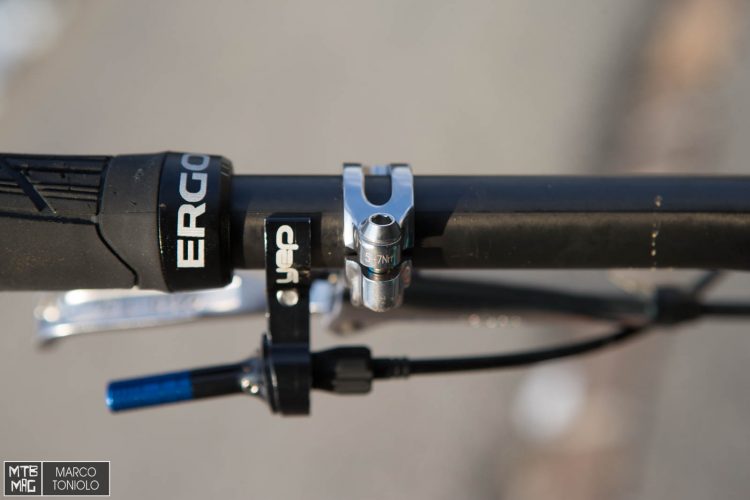 The collar is attached to the handlebar with a hex bolt. The I-Spec I and II adapters for the Shimano lever and the matchmaker for SRAM are also available. 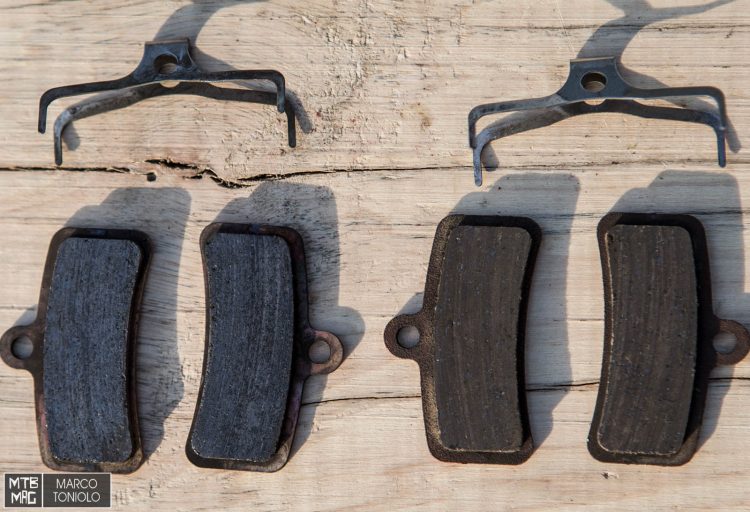 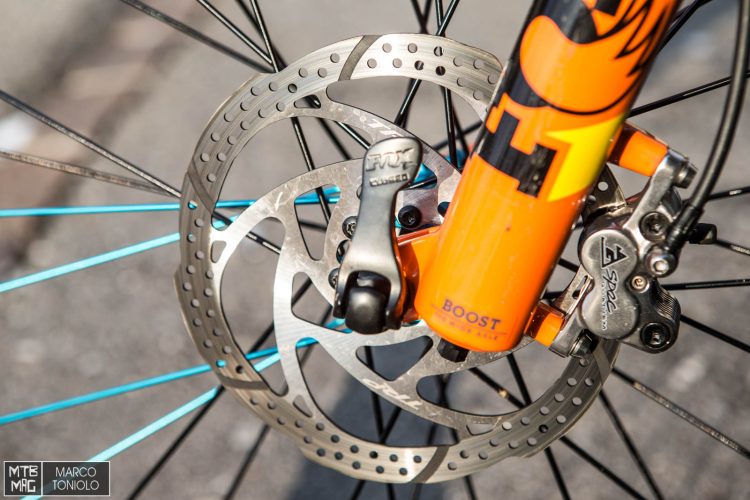 Two different types of rotors are available: single-piece, which have been used during this test (180mm both at the front and rear), and the two-piece style, both with a standard six bolt hole pattern to be fixed to the hub.

We started the test with the semi-metallic pads. The manual suggests a break in period of about 20 stops from 25 to 8 km/h when the rotors and the pads are new. Though we didn’t follow it 100%, the brakes became effective very quickly. Despite their size, the TRP Quadiem are not on/off brakes. The main characteristics are modulation and long-term consistency in every situation. At the beginning we were a bit disappointed by the braking power, then we figured out that all depends on the pressure you apply to the lever: using just one finger, you need to pull hard to stop the wheel.

Compared to the Saint brakes, which lock the wheel up almost immediately, the TRP Quadiem are almost the exact opposite: it is the rider who decides the behavior of the brake, controlling the pressure on the lever. We actually really liked this feature because it meant that they modulated safely and intuitively. For example, when you want to lock the front on a tight turn to lift the rear and make it turn around the corner, you know you need to pull hard on the lever, avoiding any unwanted sudden lock ups which might cause you to lose control. 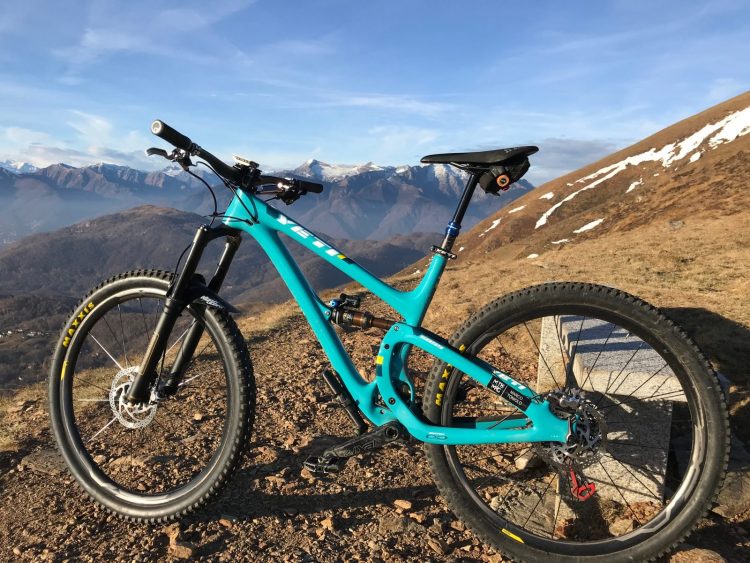 The aluminum lever conveys a pretty unique feeling of safety and control out in the MTB field: since the surface you place your finger on is very large, feedback and sensitivity in each situation are amplified. The bigger size outlines the difference between the TRP Quadiem and other brakes on the market: the caliper is able to dissipate heat very efficiently thanks to the larger surface area, allowing the brake to have a consistent behavior in every condition and also during long and tough downhills. During the four months duration of the test, the braking point has not wandered once. The amount of safety we experienced with these brakes is probably the highest we ever tested. 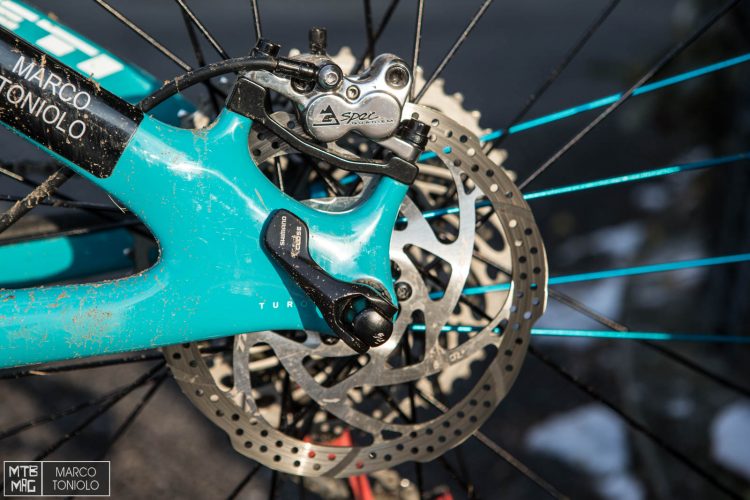 After the first half of the test, TRP sent us a set of metallic pads to be installed in the front and rear, saying they were more powerful. They are a little more powerful for sure, but they don’t noticeably change the behavior of the brake, as previously described. Furthermore, they do wear out more slowly and they are noisier, especially when they are cold or wet.

Speaking of wear and tear, the pads tend to last quite long on the Quadiem, and, more important, they deteriorate consistently across their entire surface, as you can see in the picture. The discs are solid too and, despite the cold season and the various wet rides, they still don’t show any scratches or gouging caused by contact with the pads.

TRP G-Spec Quadiem strong points are modulation and consistency, regardless of weather and the status of the pads. They are pretty massive, especially the lever, and consequently solid; they also make you feel very confident while riding. The maintenance is refreshingly simple as well. 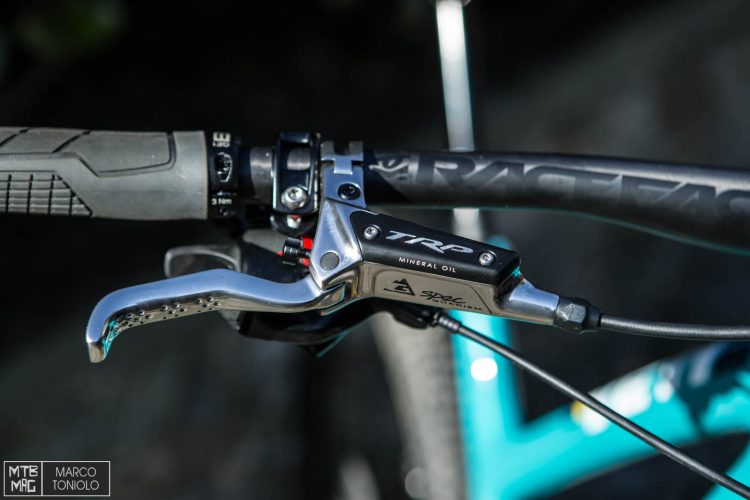