Today I’m wrapping up my thoughts on the Yeti SB 5.5 after a year of intensive use with which it hosted many different components for various reviews. Needless to say, it is one of my favorite bikes of all time, and I found myself riding very comfortably and confidently on it. With 140mm of rear travel and 160mm at the front, it strikes a nice balance between being able to climb up just about anything, as well as bomb down whatever was thrown at me. The 29″ wheels take care of swallowing bumps and providing traction, while the Switch Infinity system is highly sensitive and rather neutral while pedaling. 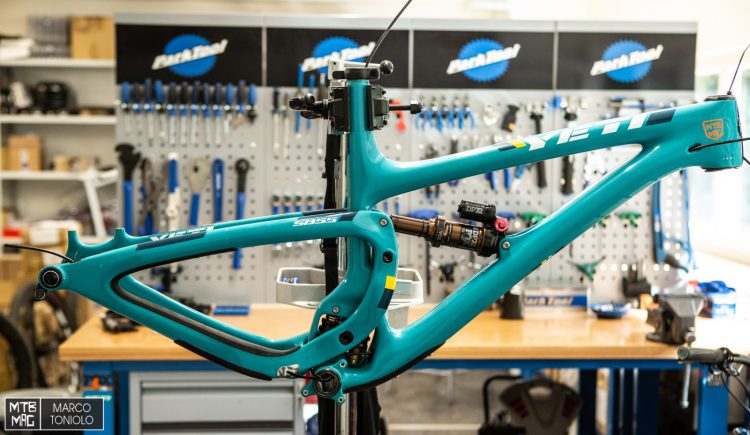 Being a bike that came out two years ago, the geometry is not in line with the ultramodern ones released in the last year on many 29″ mountain bikes with similar travel (see the same SB 150), but they are however well thought out for a central position in the saddle and efficient climbing. The rear suspension is quite linear, a feature that goes well with the “all mountain” usage for which this bike has been designed, so as to use full travel, not only when you hit drops. I would not call it an enduro, even though the line between the two categories is very thin. Precisely for this reason I lamented the lack of a bottle cage, since the upper part of the down tube is occupied by the rear shock. I don’t even consider using the mount below the downtube, because it is an extremely poor position, as dirt is flung onto the mouthpiece by the front wheel. The only options are to ride with a hydration pack or ride in areas with fountains handy. I can now answer the many questions that have come my way about the integrity of the Switch Infinity system which, apart from the normal washing with water and detergent, I have never done any maintenance and it still works perfectly. At the bottom is two pistons with Kashima coating, and no hydraulics. Ditto for the various bearings, which I have never replaced. The frame did not creak and did not develop any play whatsoever. 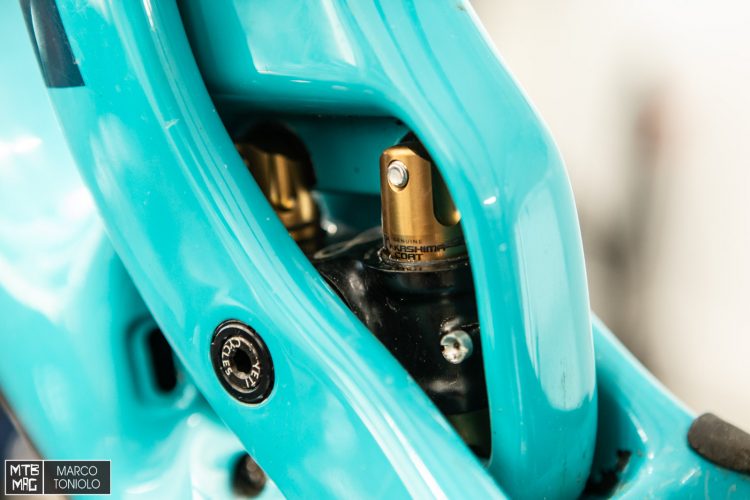 The internal cable routing is not sleeved, but above all the rubber fittings are very tight when the brake hoses pass through, and it is difficult to put them back in place. This is a problem common to several brands, Santa Cruz comes to mind, for example, and Yeti has solved with the new SB presented in 2018, thanks to an internal guide that keeps the cables in place. On the SB 5.5 the cables rattle and make noise inside the frame. This, together with the lack of a bottle cage, are the only two flaws of the SB 5.5 chassis. For the rest, the painting turned out to be very solid and resistant to damage. Aside from the inevitable dings from errant, flying rocks, scratches are few and far between – and they are almost all on the rear end, especially lower down by the chainstays. Pebbles flying off the rear wheel also hit the bottom bracket area, here it is worth applying a protective film. I put the AMS film under the down tube and on the and, and it did its job, more than anything else to preserve the aesthetics. The bulk of the damage was “saved” by the rubber protection. In terms of the chainstay, despite the boost spacing and the relatively bulky Afton Vectal shoes, I did not touch them. 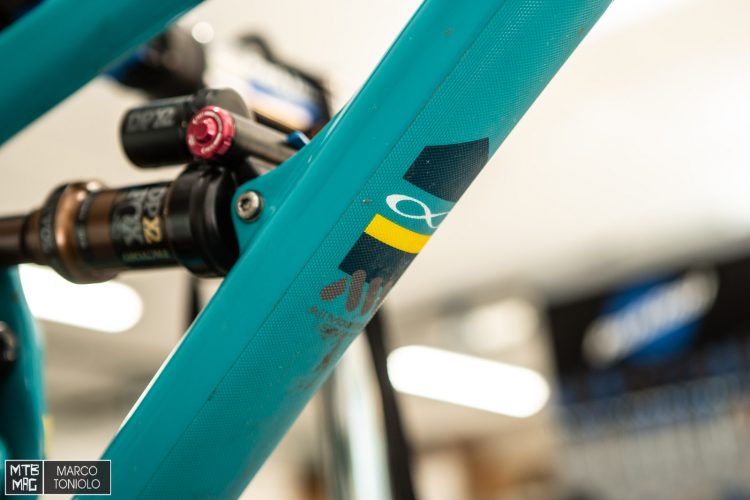 The question that I expect is if this frame is worth 4,000 euros. I can only note that it is well made, boasts incredible attention to detail, and has stood the test of time. It’s worth considering that I climb about 200,000 meters in altitude and ride around 8,000 km a year on mountain bike, and that I never get on asphalt. In short, it is a rather intense use that hardly a person with a Monday to Friday job would be able to do in the same period of time. That said, price is an understandable issue and depends on how much value you have for a given object. For sure Yeti has worked hard to become one of the most desired and expensive brands on the market.

The SB 5.5 has all the technical requirements for a sturdy, well-designed and fun to ride bike. The decision of how much you want to spend on a mountain bike in the end is ultimately up to you. 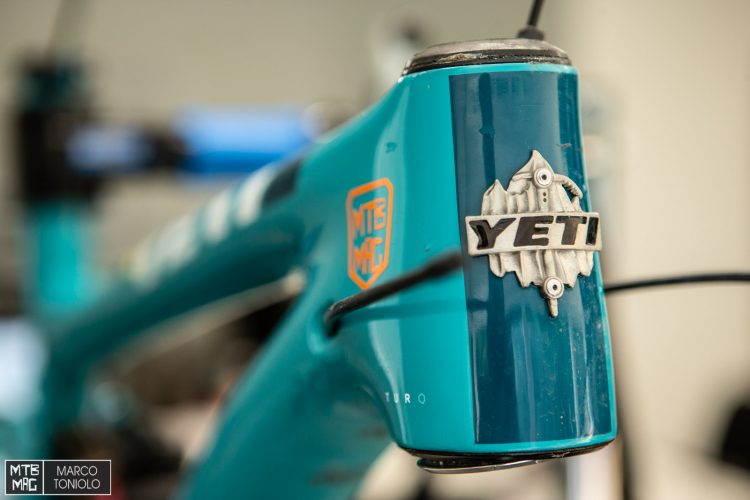