A few months back, we made a trip down to Crank Brothers’ headquarters in Laguna Beach, CA for a tour around the place and a sunset shred with the crew from the office. They sent us home with the Analog Klic Floor Pump and a Burst tank to boot for testing. The same setup is available with a digital gauge for a bit more scratch ($25). Historically, Crank Brothers have had an affinity for meshing sleek industrial design with smart functionality, and for better or worse, that has always been the company ethos, and Klic pump is certainly no departure from that approach. Here’s how it’s worked out over the last few months… 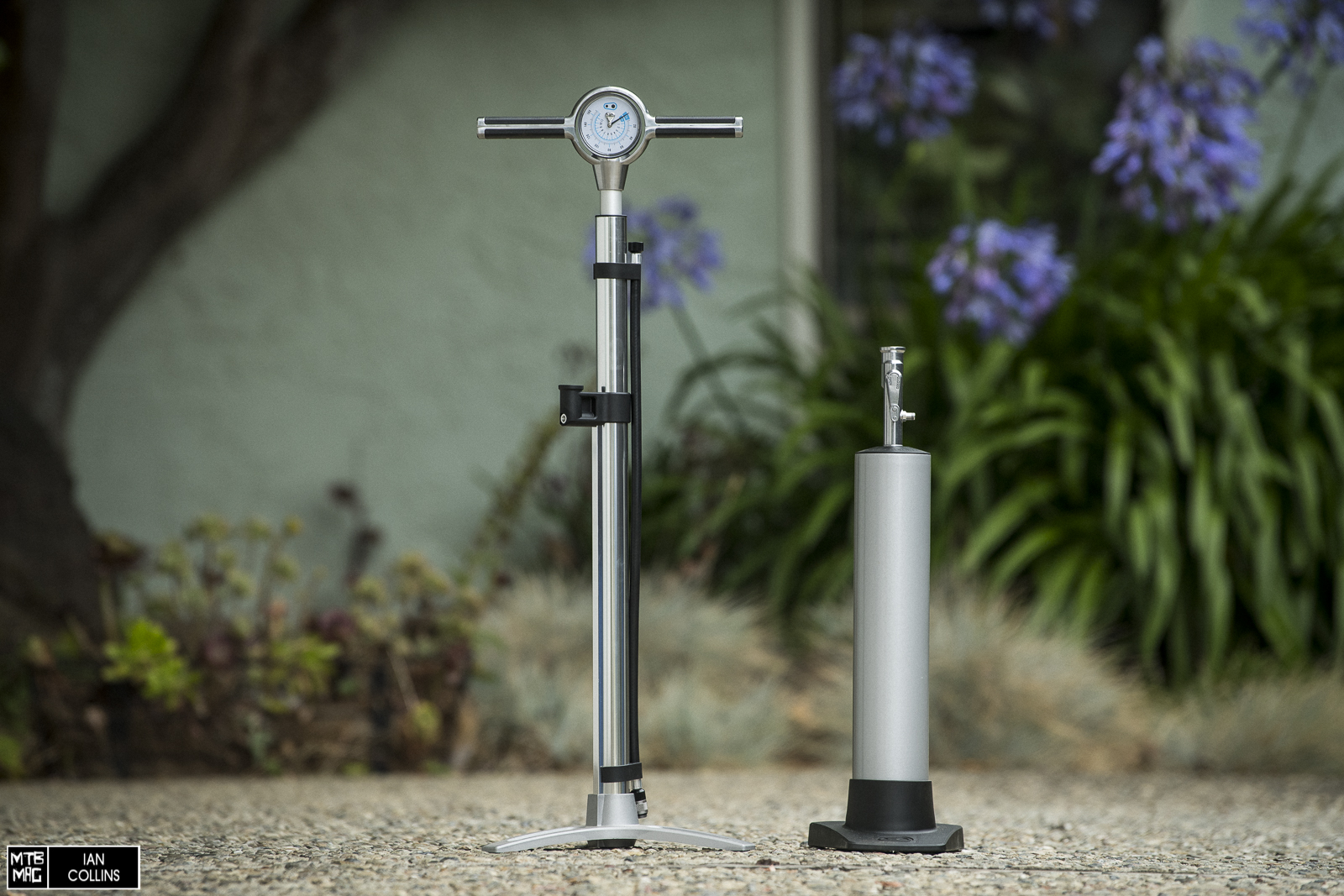 The gauge is analog, with clear indicators that read up to 170 PSI, although the max recommended inflation is 160 PSI – the only change with the digital pump is at the gauge itself, which is stored inside of the handle when not in use… 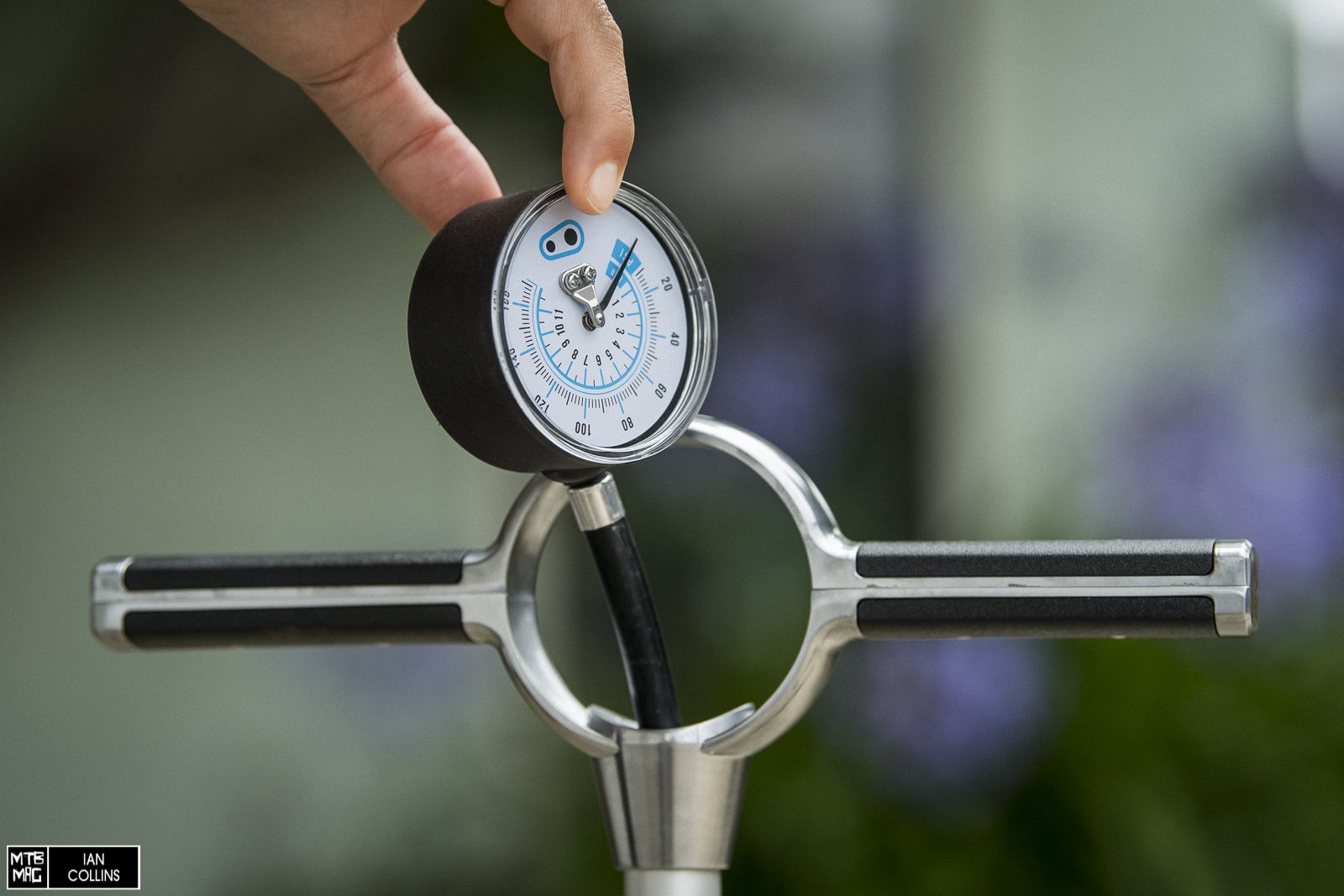 To use the pump, you simply tug the gauge (with hose attached, and stashed in the main shaft) and pull it out of the handle. When it’s in place, it secures magnetically at the bottom of the pump, so that the handle doesn’t extend when you pick it up. This is a very nifty feature, as it means you don’t have to secure the hose/handle every time you use it. 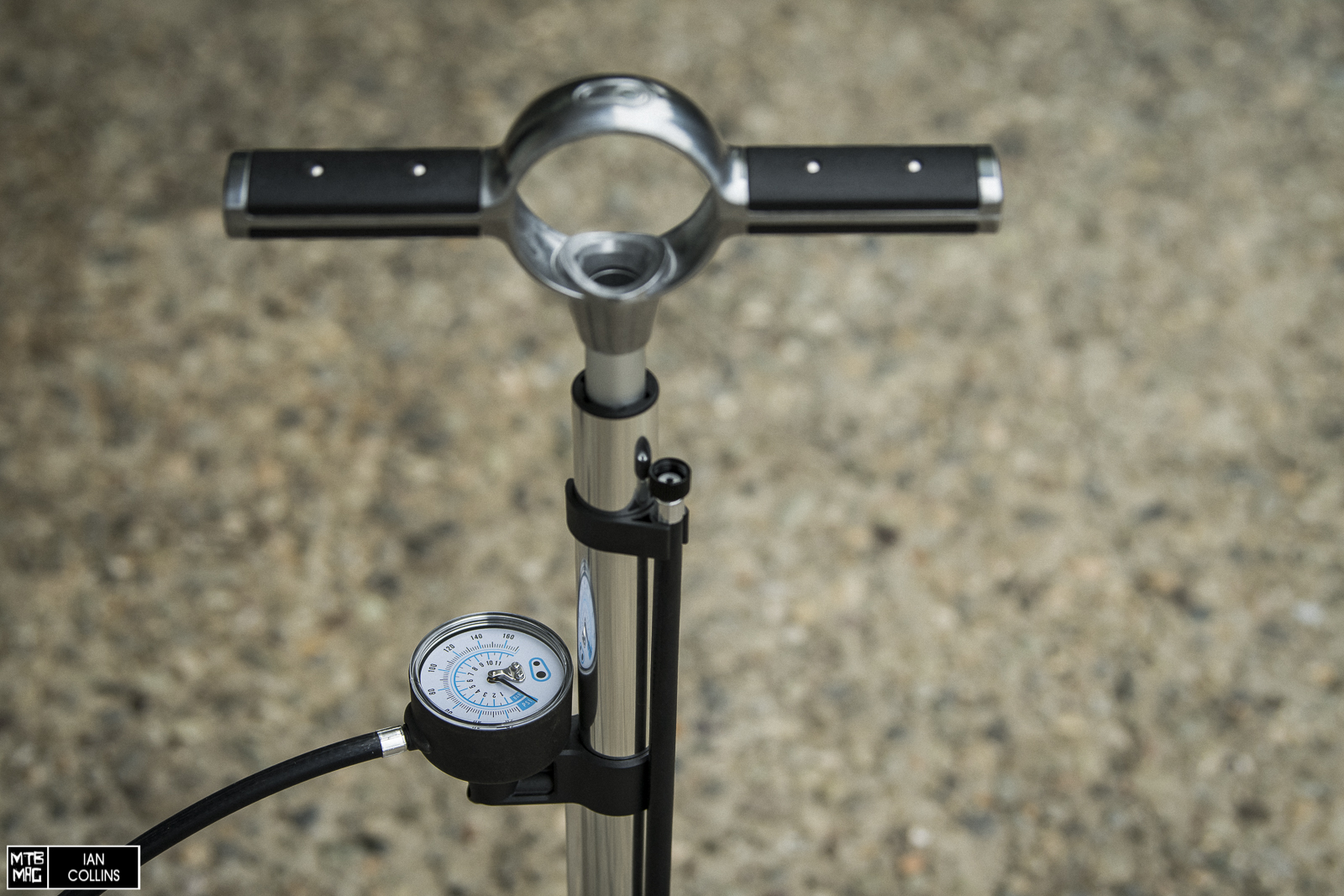 The gauge snaps into its home on the side of the pump and seals up with an audible “click”…or should we say Klic? Corny jokes aside, Crank Brothers also sell a hose extension for $24.99, which clips handily in place on the main shaft, shown above. At times, the additional length was nice for inflating tires when our bike was sitting high up on the bike stand. The head is universal and can be swapped between Presta and Schraeder in about 30 seconds, simply by unscrewing and reversing the threaded barrel. It’s sealed all the way around with O-Rings. The Burst Tank has a handy guide which indicates that “X” number of pump strokes will eventually provide you with “X” PSI or Bar. Using the Schraeder valve on the the side of the Open/Close valve, you simply inflate the burst tank like you would with a tire. Just make sure that you inflate it with the valve open, and close the valve before you disconnect. That should go without saying, but we’re all prone to simple mistakes. The Burst Tank is inflated with the same hose/pressure gauge that is attached to the Klic pump. It snaps into place at the top of the valve just like it snaps onto the side of the pump when you’d go to inflate a tire.

Using the Klic pump on a regular basis for the last few months proved to be a treat. As editors, we are always swapping wheels, tires and re-inflating the various bikes that we ride regularly, so this setup was definitely put to good use. We only used the Burst tank a handful of times and found that the Klic usually provided ample power to get tubeless tire/rim combos inflated on its own, although properly installing rim tape and placing tire beads where the belong before any attempts at inflation helps tremendously. With trickier setups, the Burst Tank absolutely came in handy and we could find no flaws in its design. It also secures nicely to the pump when you’re stowing it and carrying the pair as a combo.

The analog gauge was spot on; we used a separate digital gauge to verify its accuracy a couple of times and it all checked out. One standout feature was the 3 pronged forged base. It has rubber bumpers on the bottom to avoid slippage, and proved to be quite stable under furious pumping. Last, but not least, we appreciated the sleek magnetic end that allowed for picking the pump up by its (comfortable) handle without having the shaft extend.  The only minor issue that we had was that the pump was incompatible with e.13 components’ valves, which are too wide for the Klic’s head. It isn’t a huge issue, but e.13 make one of the only valves we’ve used which offer a high flow rate and never manage to gum up with sealant.

At the end of the day, the Klic Pump comes in at a slightly higher cost than a few of the other options out there, but it does so in classic Crank Brothers style, with witty attention to detail and a clean, aesthetically pleasing design. There’s nothing completely ground breaking about it, but if you have a soft spot for streamlined, shiny gadgets, this will be right in your wheelhouse. It’s worth noting that the Klic pump is available with, or without the Burst Tank.