After biblical delays in production due to Covid, today Onza presents the new Ibex tires. I had the opportunity to try them for months, to the point of wearing them out completely, during the spring of 2021. In testing I had the version with TRC casing, designed for trail riding, with an actual weight of 861 grams in their 2.4″ version. Onza also offers the GRC casing, which is suitable for a more downhill oriented use and thus weighs more. 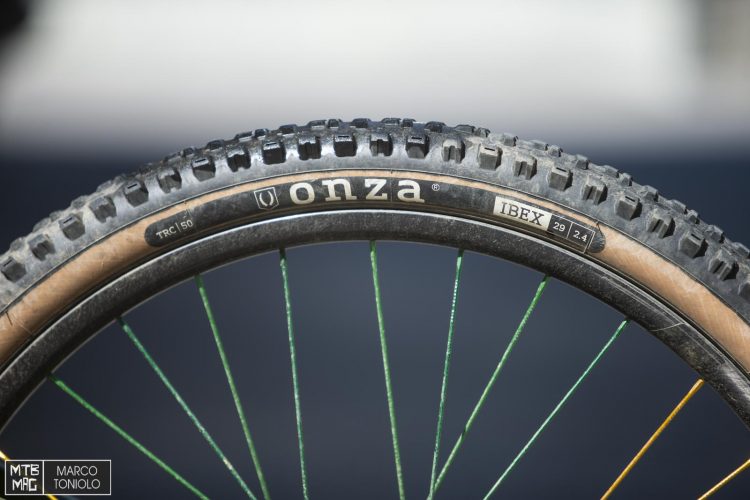 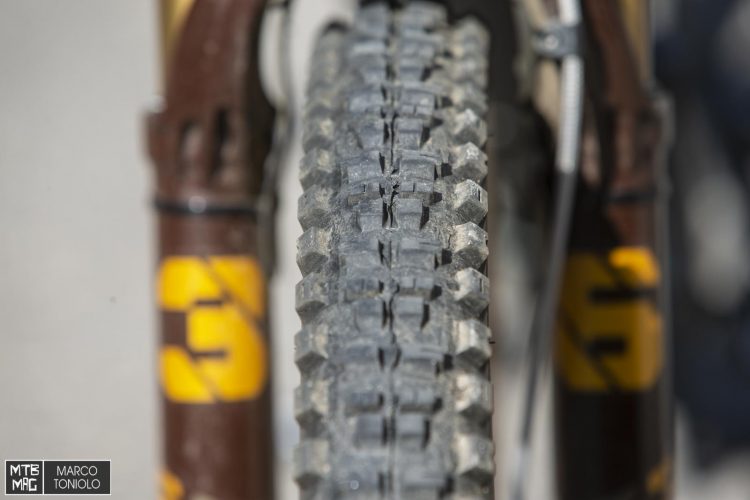 Compared to the previous version, the new Ibex has a more aggressive design, with taller, but less widely spaced knobs to improve rolling resistance. The compound has also been changed, with the 50 being softer than the previous one. In the GRC version the compound is a mix between 50, in the center knobs, and 45 on the side knobs.

The corner knobs are quite square, especially the side ones, to increase grip, particularly when braking.

I mounted the new Onza Ibex on Industry Nine Hydra Enduro 315 Carbon wheels, with 31.5mm internal diameter rims, both at the front and at the rear. In turn, the wheels were mounted on a Pivot Switchblade, the details of which can be seen here. The shape of the tire on those rims was quite rounded, avoiding the typical squaring from rims that are too wide, which I don’t like due to the unpredictable behavior when cornering.

With that weight the bike was light and snappy, very smooth uphill. On the other hand, at first I was quite fearful of the Ibex’s pinch resistance, which is why I inflated them more than usual: 1.8 Bar at the back and 1.6 at the front. As the rides went by, however, I gained confidence and dropped the pressure, up to 1.6 Bar behind and 1.4 in front, thus finding the right compromise between grip, smoothness and reliability. 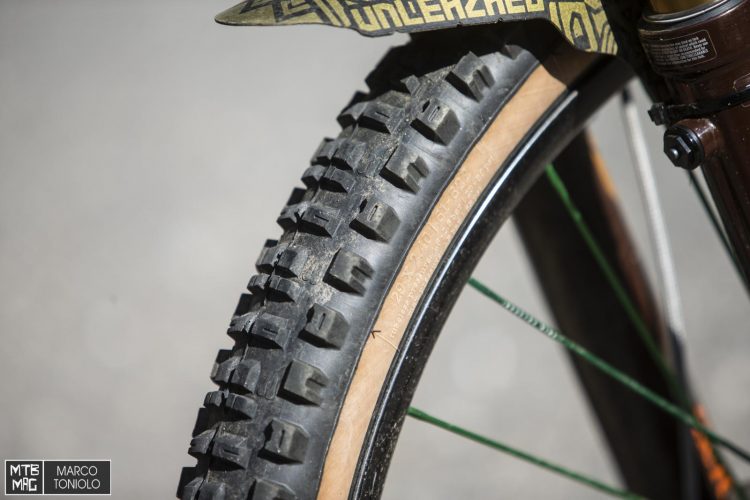 In the downhills the Ibex has proven to be a versatile tire that is good everywhere and in all conditions. It surprised me in the wet, where it offers good grip and a very safe feel. It should be noted that I mounted both tires in the same direction, also because I immediately had a good feeling at the front, which then improved further with the decrease in pressure. When cornering, the side knobs bite well into the ground and at the same time on hardpacked trails, their tighter spacing (unlike their sister Porcupine ) ensures that traction is excellent and braking power is strong.

The Ibex clears itself of dirt rather quickly when on muddy terrain, but remember that it is not a tyre designed for wet conditions and that therefore there are others that are better at this juncture, first of all the aforementioned Porcupine. 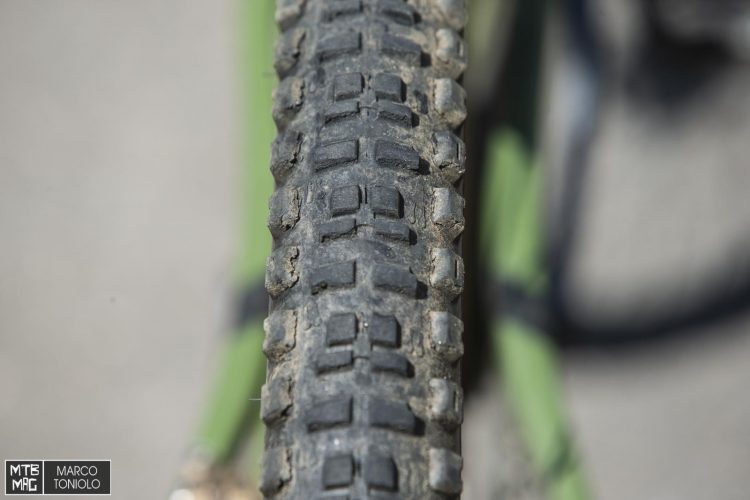 Over time the rear began to wear out, especially on the side knobs which tended to come off. I contacted Onza to inform them of the fact and they replied that they aware of it and that they are working to solve the problem. I must also say that I have covered many kilometers and vertical meters, without shuttles or gondolas and almost never blocking the rear wheel, on mainly rocky terrain and relatively soft dirt. It will be necessary to see if the next production batch, i.e. the one on the market now, still has this characteristic in the long term.

Until the end of the test, which then coincided with the end of life of the Ibex, I have to report only one pinch on the rear, resolved on the fly with a standard tire plug. A good sign for the strength of the casing. However, it must be said that when I ride in trail riding mode I choose the lines carefully, because I prefer to arrive home two minutes later rather than blow up my bike or myself.

Onza also sent me a tire with a width of 2.6, also in the TRC version. I mounted it on the front and then removed it after a few days. On a trail bike, I prefer the cornering precision and lighter weight of a narrower tire. It tipped the scale at 896 grams.

Low weight, low rolling resistance and with predictable grip and good protection against pinching. The new Onza Ibex has proved to be a very versatile and reliable trail riding tire, ideal for those who earns their long descents pedaling a lot uphill.

Onza Updates the Aquila for Enduro and DH

FOR You Card: a fundraising that supports the trail building of Finale Ligure