Back in Spring, Tioga reached out with an offer to test out a new tire of theirs with a very unconventional design. Dubbed the Edge 22, it has two rows of corner knobs, but what’s striking is its complete lack of a clear set of knobs running right down the middle. At first I have to admit, I was skeptical – it seemed like it would have the cornering handled, but might lack in braking power. That said, I’m always curious…After all, it’s been at least 15 years since a set of Tiogas have been on my bike. 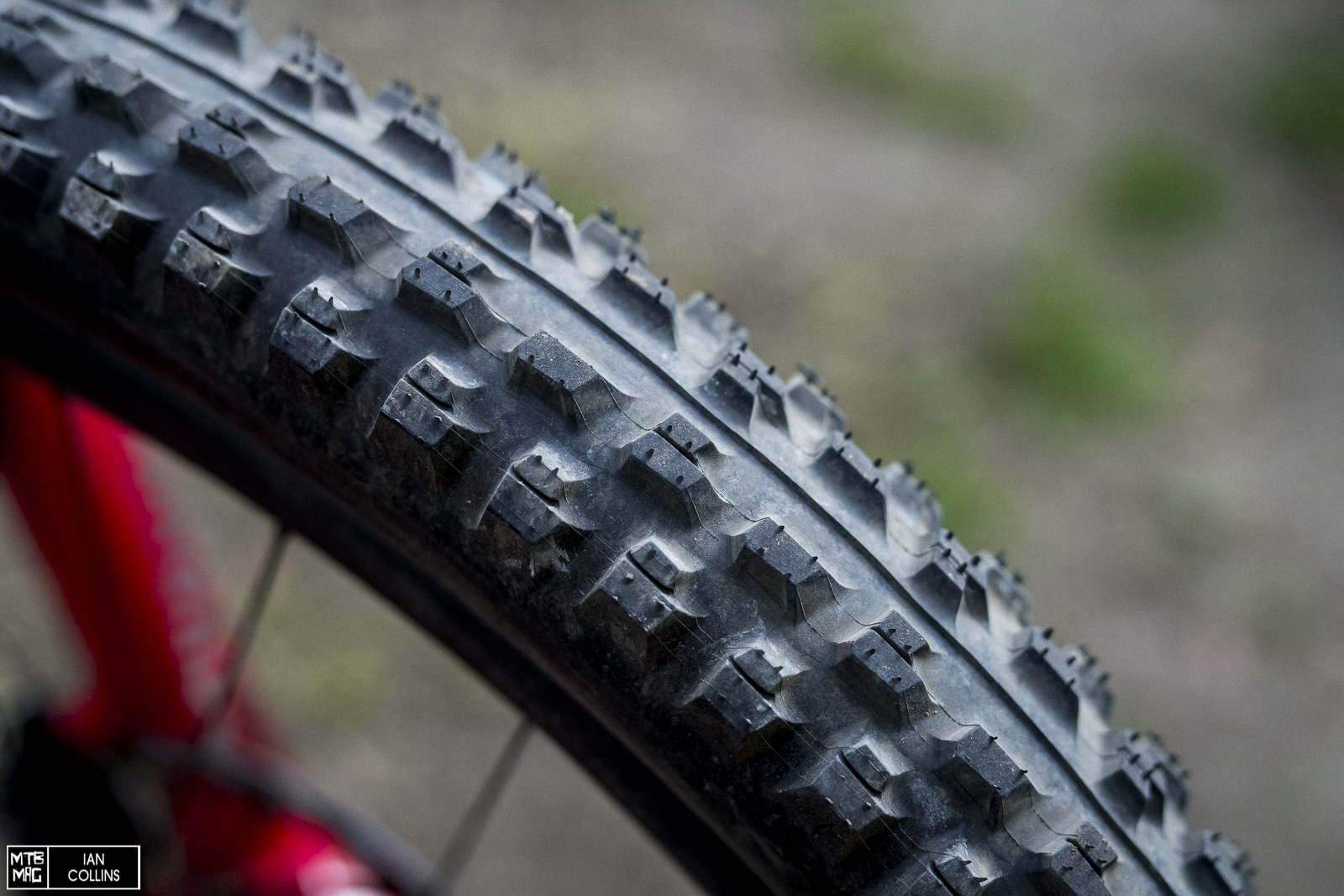 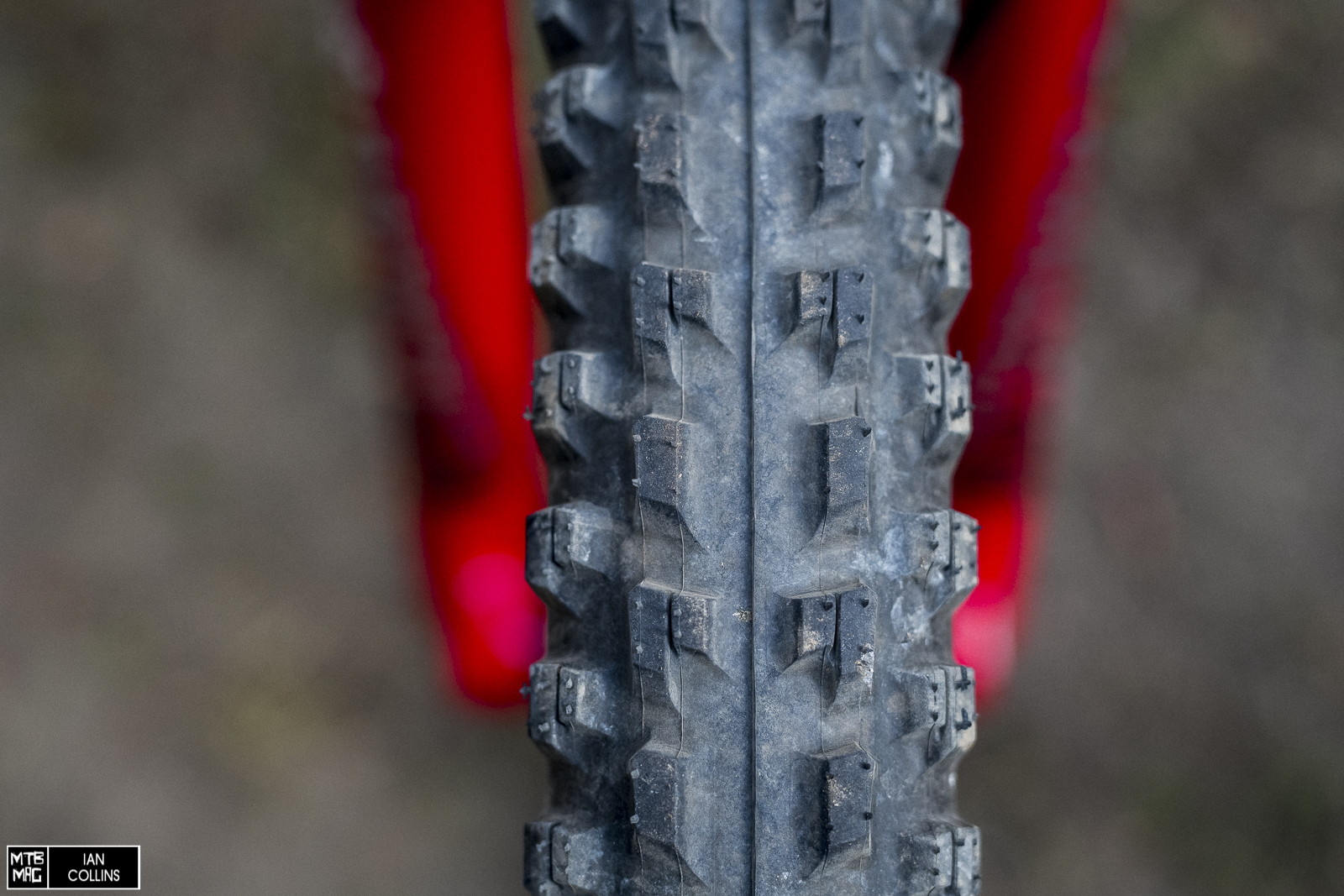 The Edge 22 might have some knobs that don’t look all that unfamiliar in shape, but compared to most tires on the market, the arrangement is radically different. Every other set of inboard corner knobs are wider (and ramped) at their rear edge to improve braking. 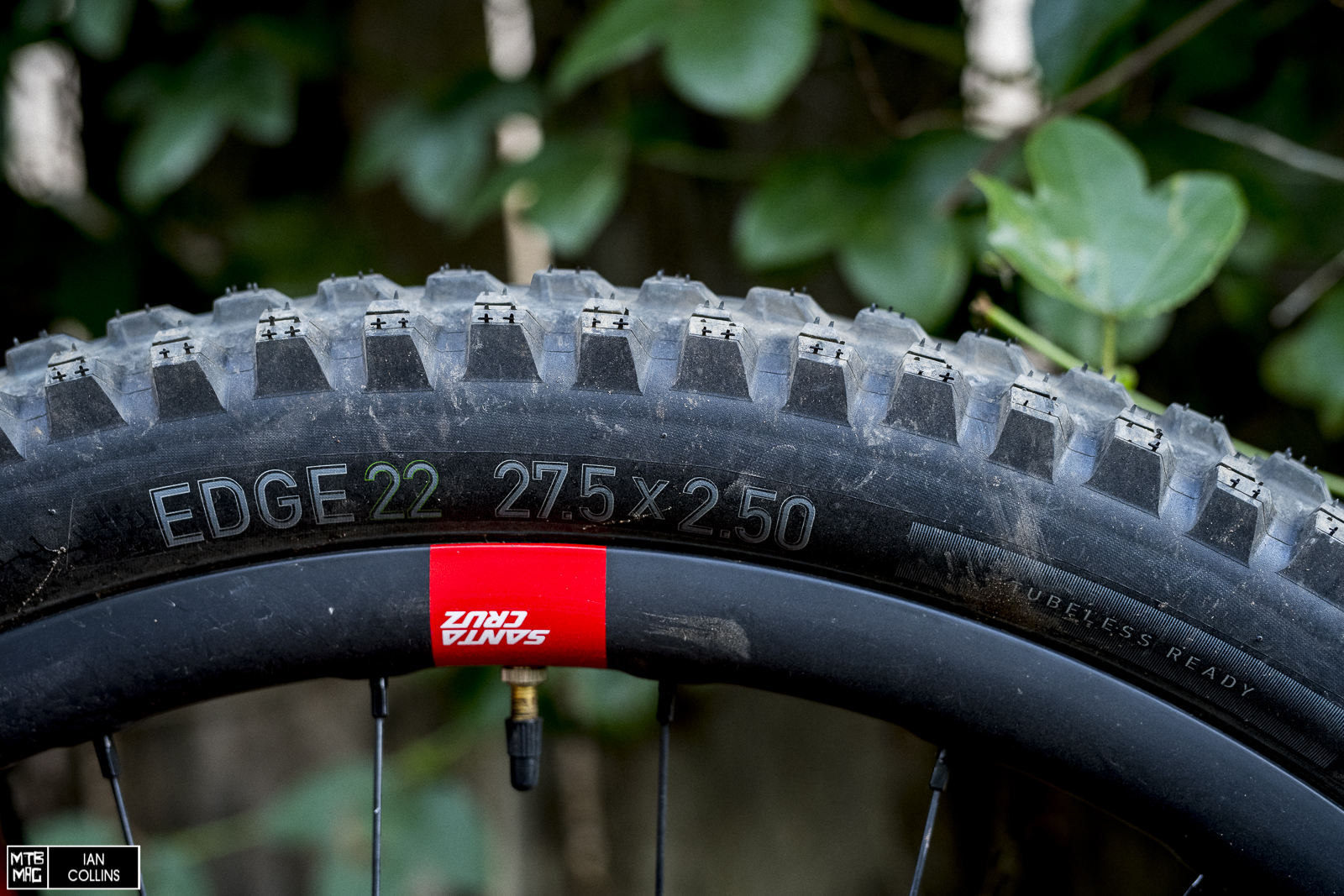 As Tioga eases into this endeavor, the tire is only available in 27.5″, and features a somewhat light duty casing. 29″ diameter offerings and a thicker casing are set for the not so distant future, although it is front specific and we’ve received no word on whether a counterpart for the rear is in the works. 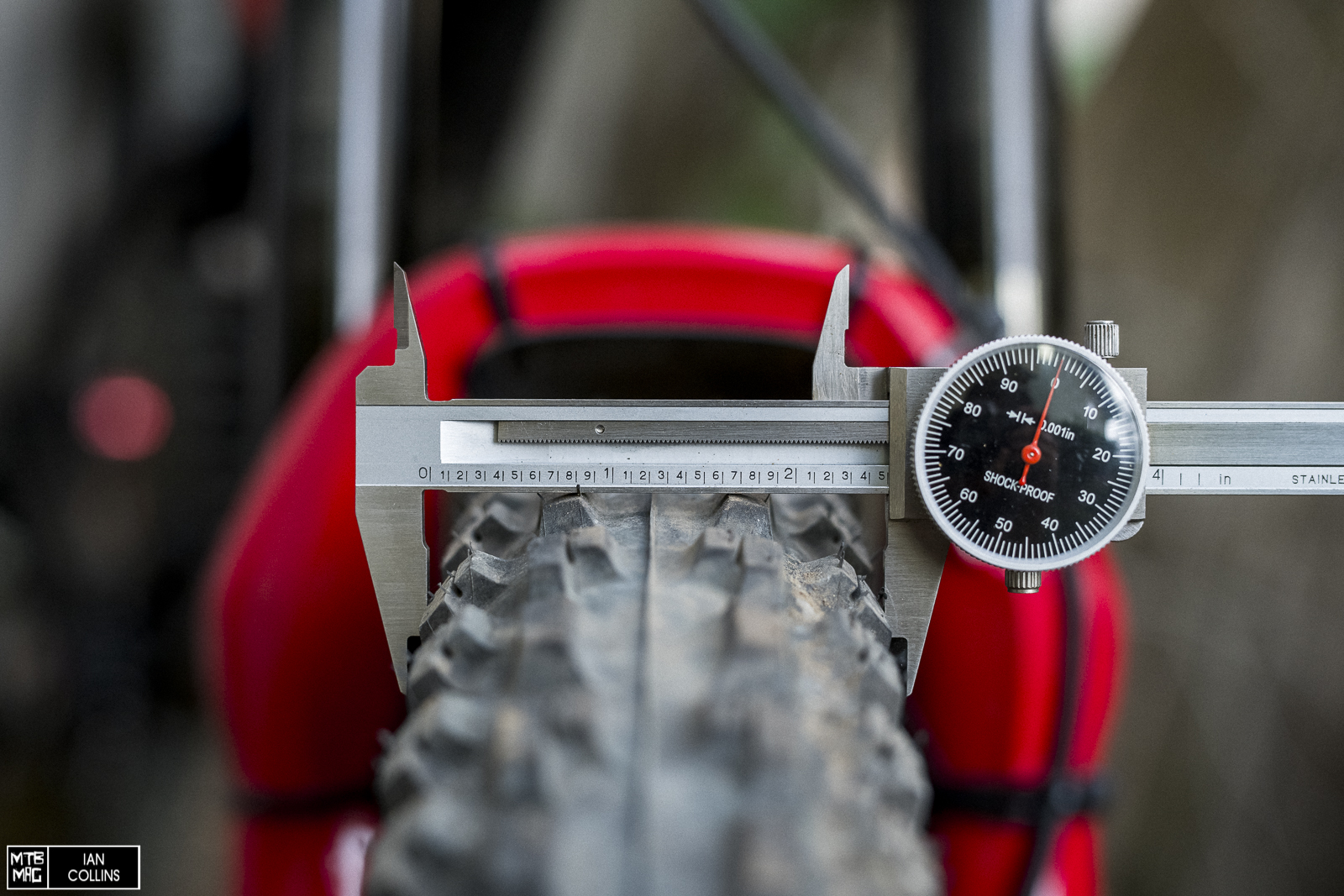 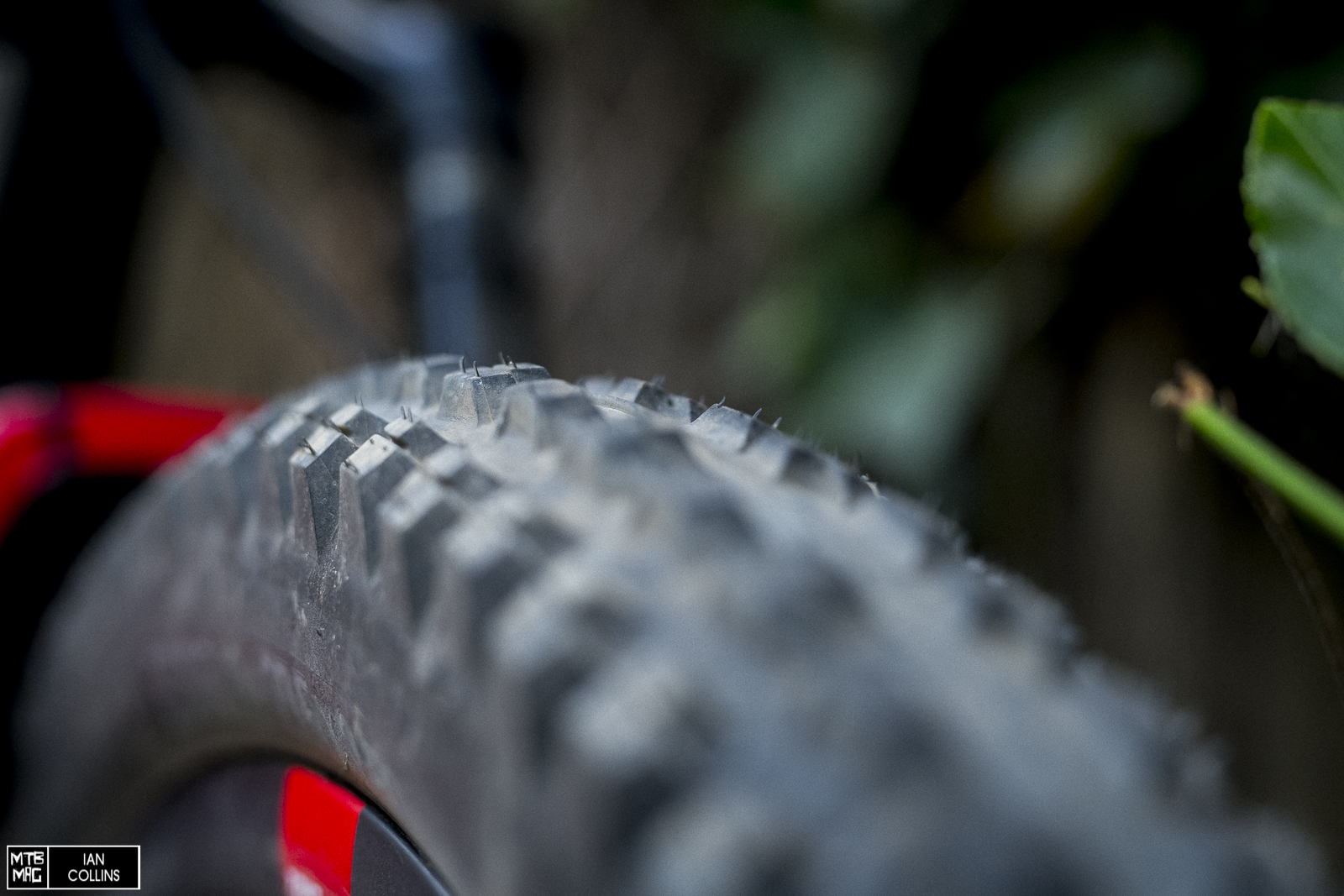 There is a fairly substantial sipe running the long way on the outboard corner knobs, which are all the same shape. That sipe separates the intermediate knobs from the cornering knobs. 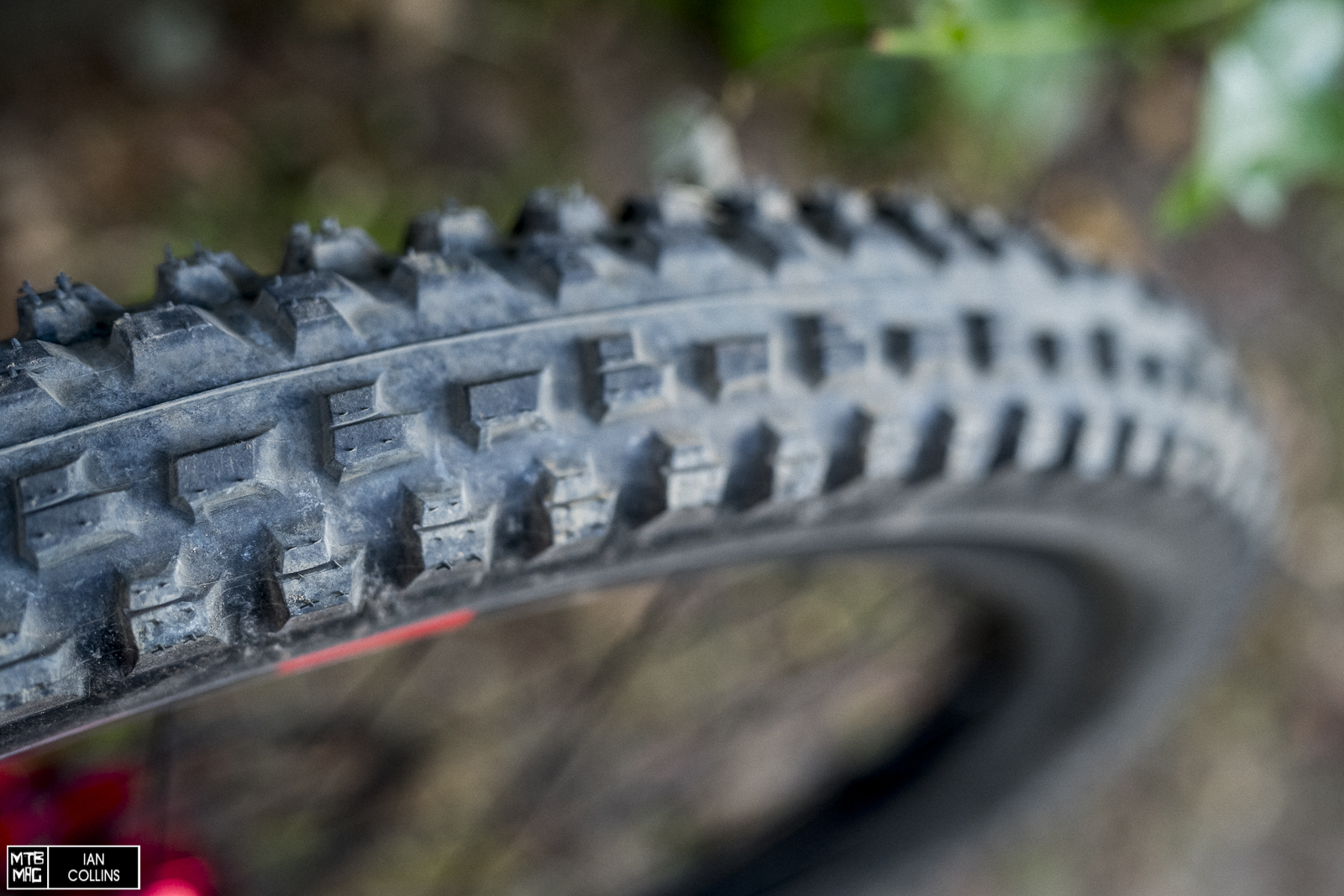 The two rows of corner knobs are offset with one another. Having the supporting intermediate knob (butted up on the inside of the outboard corner knobs) line up with the gap between the inboard knobs allows it to bite and serve as a transition from row to row. Confused? Let’s just see how it rode…

Mounting was a snap with no fitment quirks, and tubeless setup was a breeze using a floor pump. The trails I ride in Aptos and Santa Cruz are mainly a mix of loose over dry hardpack with some duffy loam strewn about as well. Looking at Tioga’s recommendations, it’s about right for the terrain in town, provided it doesn’t get too wet, which it definitely doesn’t in the Summer. However, this year we were blessed with a freak storm in June, so it wasn’t all that dusty, and I did ride some the Edge 22 in tacky dirt, pictured below. 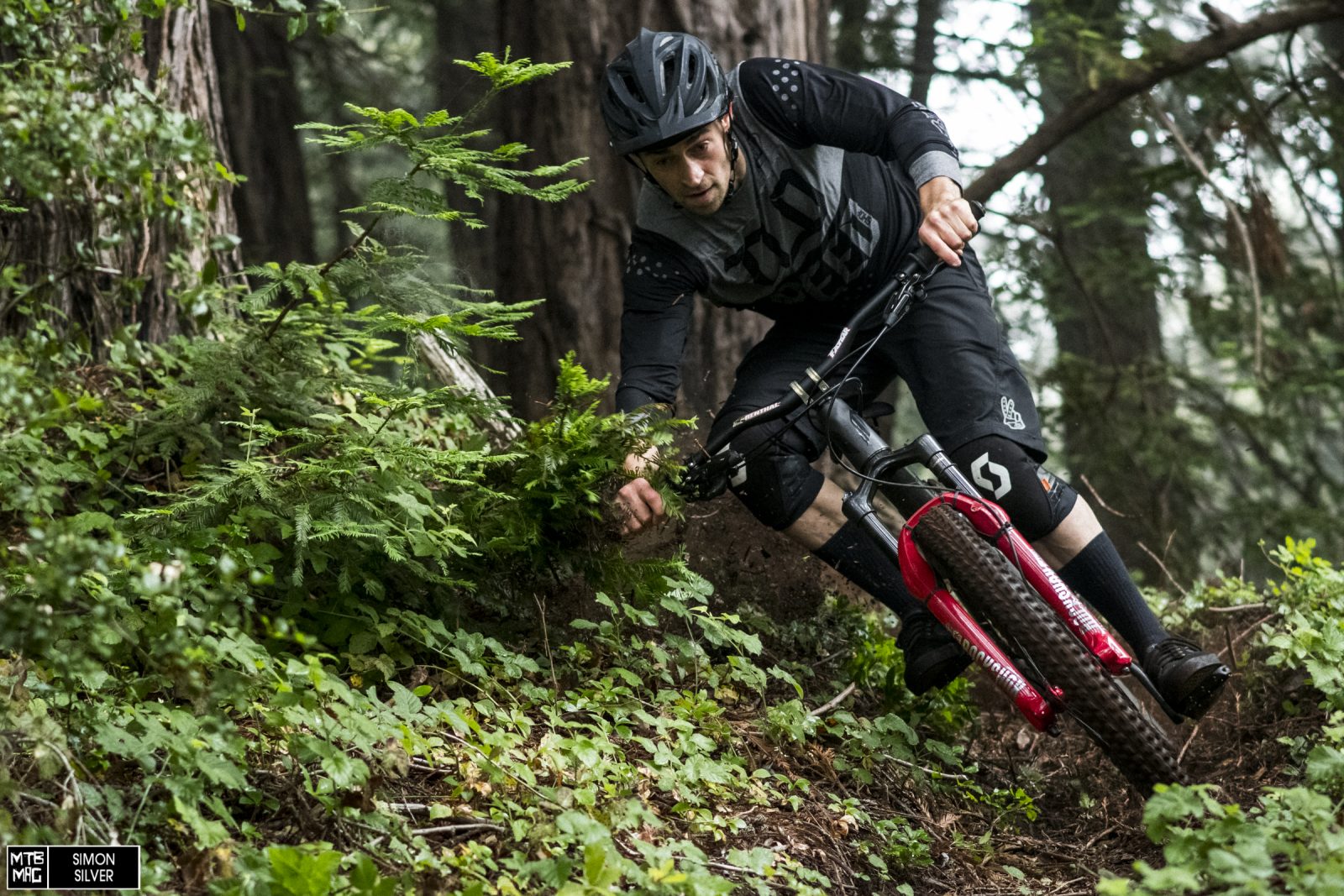 Right out of the gate, this tire’s cornering prowess was slap-in-the-face obvious. It’s proof positive that Tioga reached their goal of a game changer in the corners. There are no weird transitions from one particular point in your lean to another, which is very comforting as it makes the process less cerebral. That said, when you unweight and then quickly dive and punch into a turn, it doesn’t float or push through. Lastly, in situations where I found myself pushing too hard and overcooking long drawn corners or in decreasing radius turns, the Edge 22 had very good manners and didn’t just abruptly let go…It would push and slide predictably, allowing time to dab a foot and get the bike back upright. 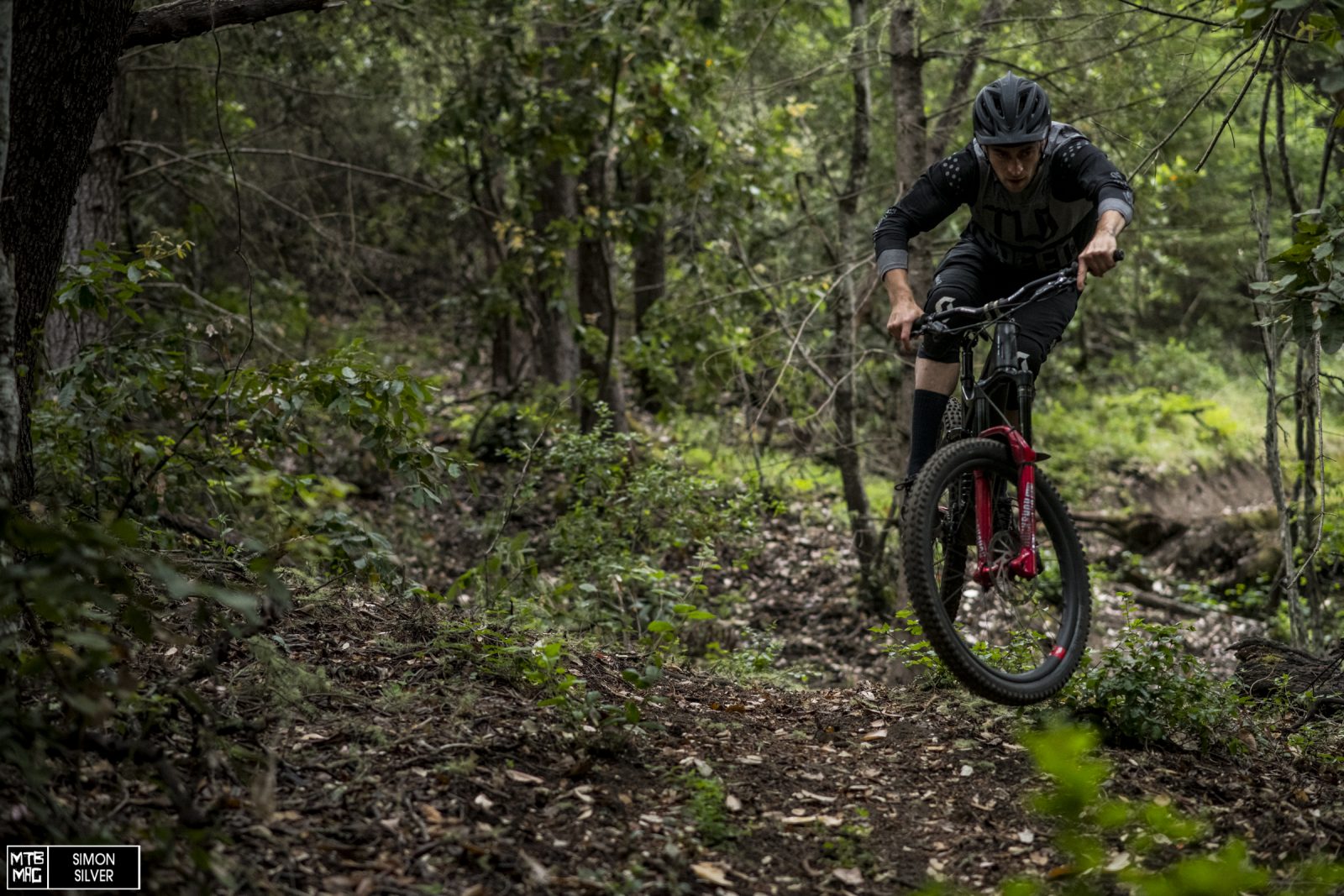 The rolling resistance was surprisingly good. Without any knobs in the middle of the tire, it looked as if it might roll slowly, but that wasn’t the case. Since there aren’t any squirmy, tall knobs running down the middle, I guess that does make sense, although it didn’t seem self-evident and first. The ramped front edges all around help with this as well. I’d rate it as rolling substantially faster than my normal go-to, a Schwalbe Magic Mary – it’s closer, even slightly better than a Maxxis Minion. As far as the casing goes, I didn’t suffer any flats but I rarely do in Santa Cruz anyway. For usage on burly terrain, some may want to hold off until a heavier duty casing arrives, although typically it’s the rear tire that’s more susceptible to pinch flats anyway.

Lastly, in terms of braking – the area I was most dubious about, the Edge 22 performed far better than expected. Braking power is either there or it’s not; there isn’t all that much to talk about. If there was an area braking could be slightly improved upon it would be in loose conditions, but alas that is where Tioga is up front about the tire’s general strengths and weaknesses.

Tioga has actually exceeded expectations here with a very well executed design. While options in size and casing duty are limited in scope at the moment, this is not a tire to scoff at. Personally, due to its superior cornering, I’d prefer it over a Maxxis Minion DHF any day – and I’d put the two in the very same category in terms of what they’re aimed at. Both are all arounders that shine in a broad range of conditions, provided it doesn’t get too loose or muddy. In that case, I’d deal with the slower rolling resistance and increased bite offered by a set of Magic Marys. There are plenty of great tires on the market today, but the Edge 22 serves as proof that there is still room on the market for innovation and unique layouts. With a front tire this good, it will be interesting to also see what their plans are for rear tires in the future.