With the advent of the Supercaliber in 2019, the Top Fuel, after a 15 years long honored and successful career as a full suspension cross country bike in the top world competitions, has been updated with a more marathon / downcountry concept according to the trend of that period. Today Trek presents the new Top Fuel model that becomes even more aggressive and fully devoted to trail use, with more downhill oriented geometry, increased travel and numerous details that were initially introduced on the Slash. Let’s find out all the details. 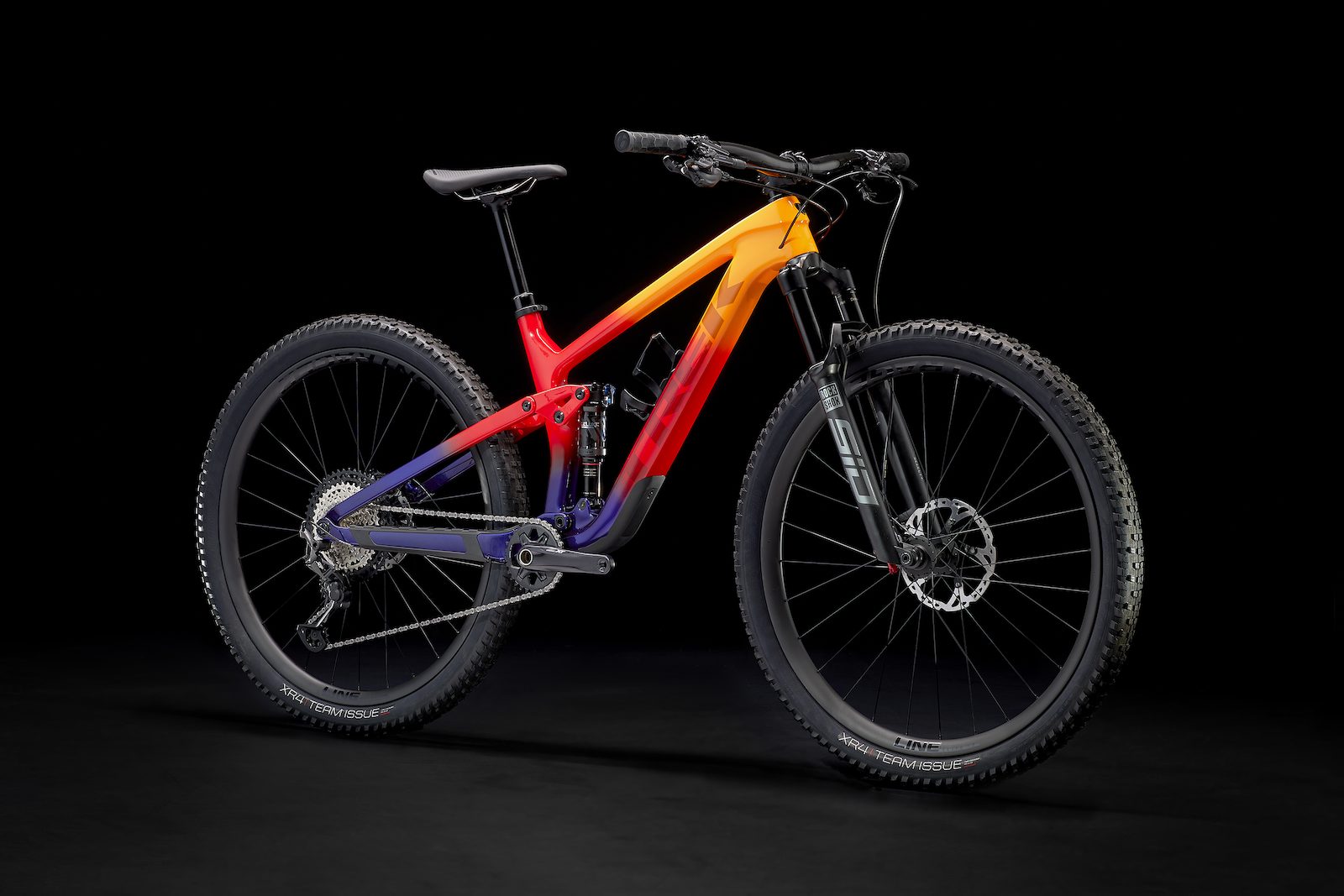 First of all, the new Top Fuel maintains the characteristic of being available with both carbon fiber and aluminum alloy frames. The wheel size, if it were necessary to specify it, is obviously 29″ for both wheels and for all sizes. The travel increases to 120mm for the rear wheel and 120mm or 130mm for the front one, depending on the set-ups. 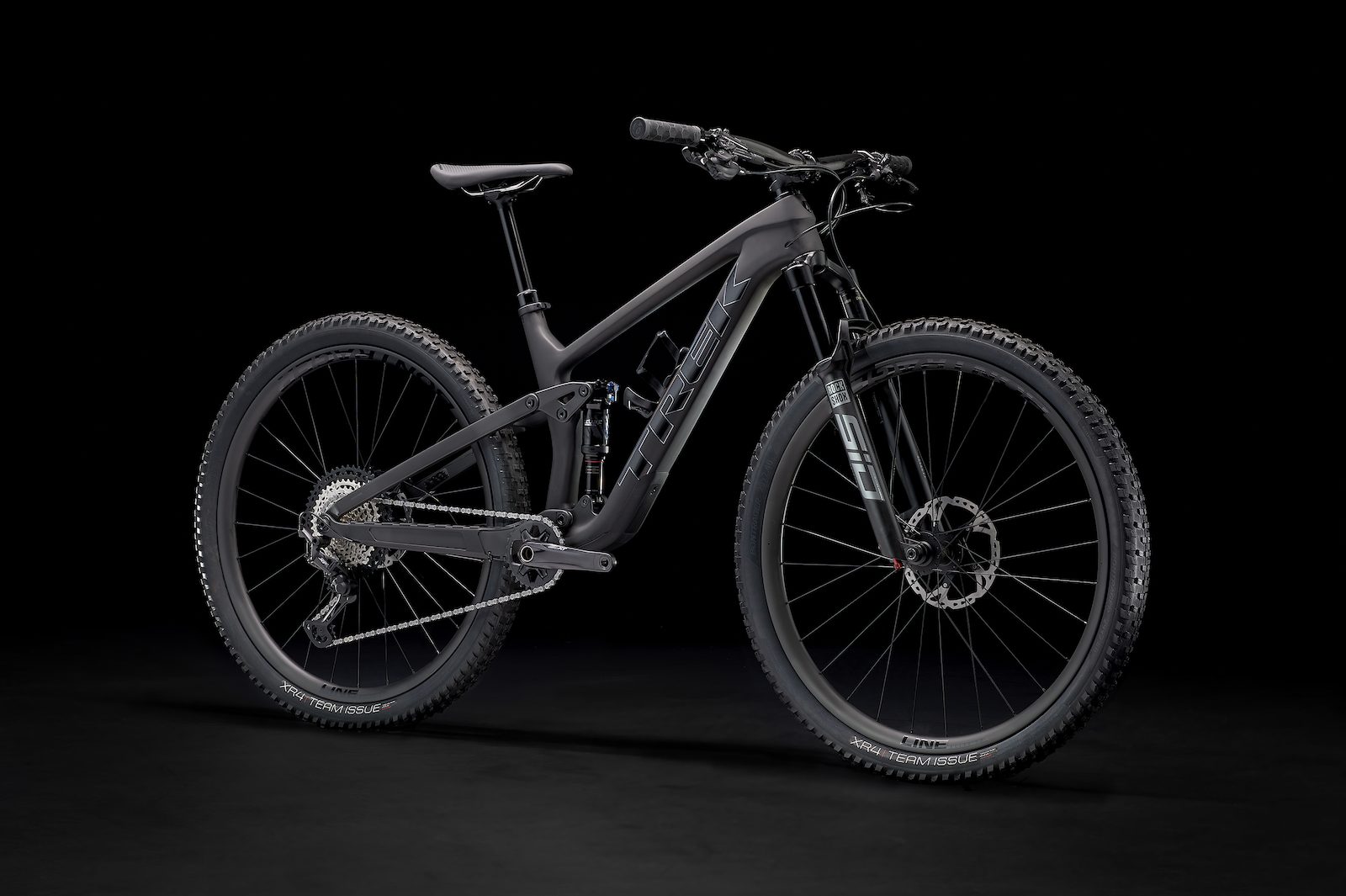 The geometry follows the current trend and is declined for the updated use of the new Top Fuel, with a more relaxed steering angle of 1.5° (2° with 130mm fork), longer reach, more vertical saddle angle and the addition of two new sizes, XS and XXL. 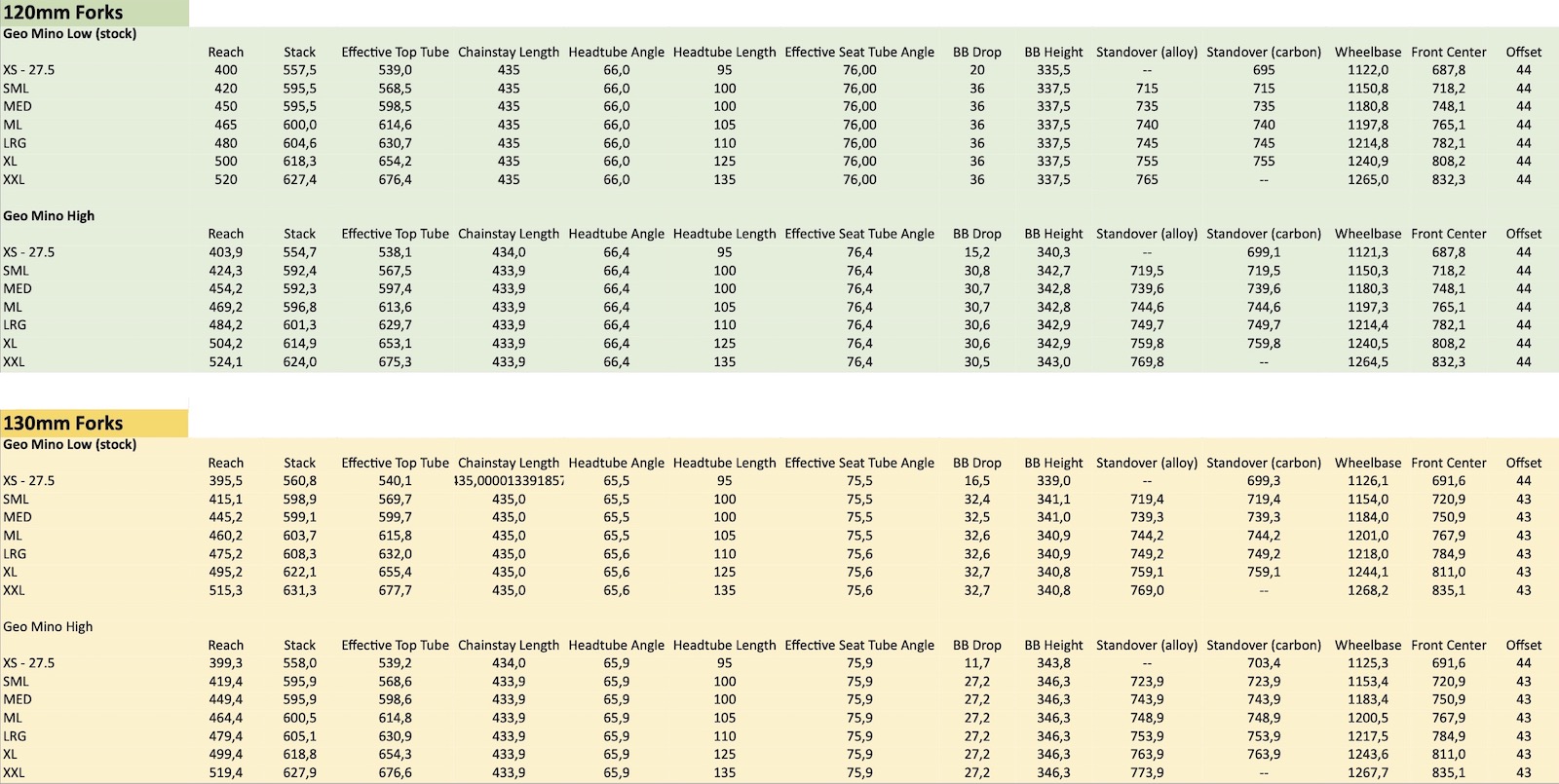 It goes without saying that the suspension system remains Trek’s traditional and efficient ABP, revised with regard to the compression curve and the anti-squat figures, making the Top Fuel, according to Trek, even more effective in pedaling than the previous model. Forks and shock absorbers used in every set-up, both Fox and RockShox, are trail specific models. Shock absorbers are standard, so Trek hasn’t opted for RE: Aktiv or Thru Shaft  technologies. 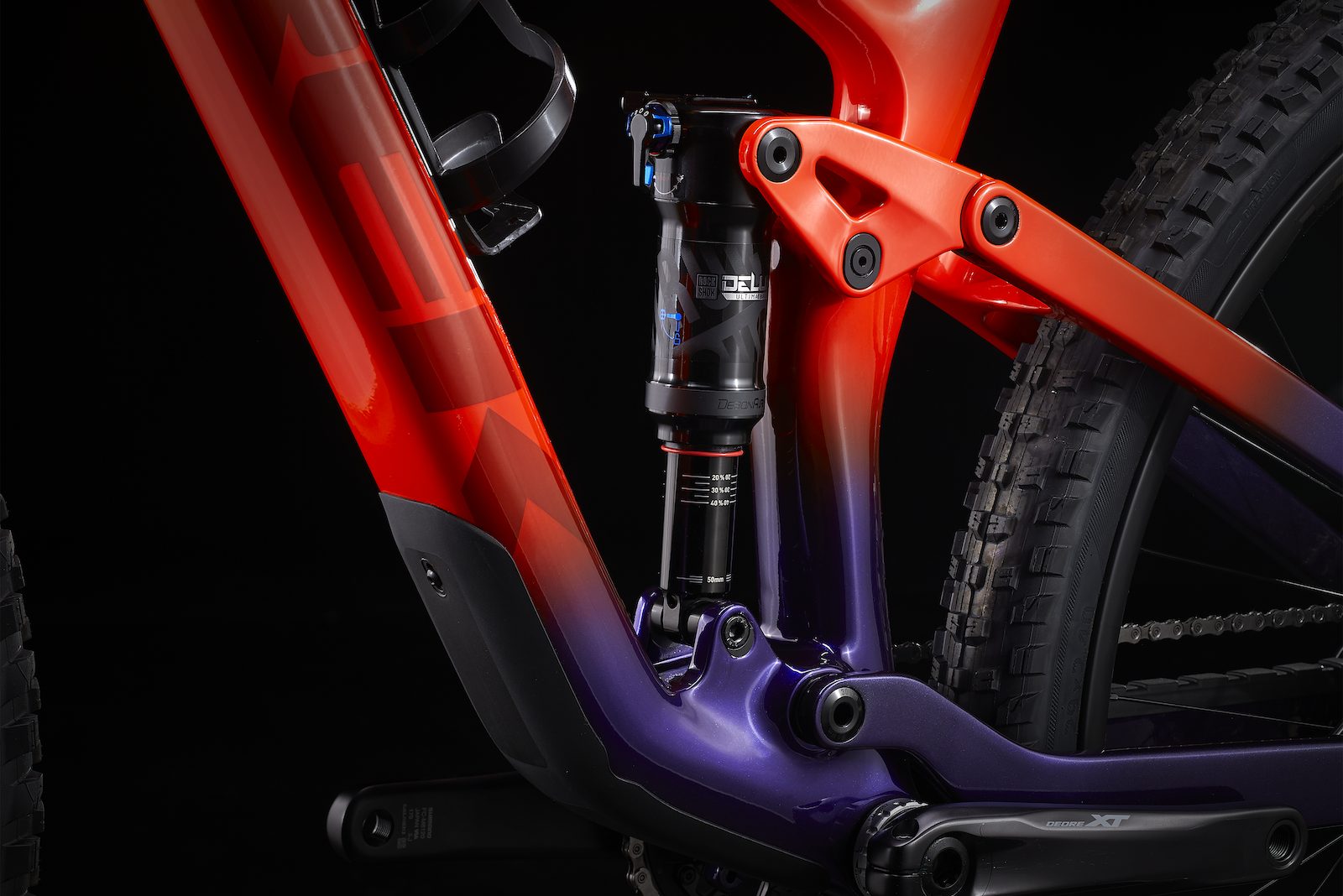 The lower shock mount houses the Mino Link flip chip that allows you to vary the steering angle by 0.5° and the height of the bottom bracket by 8mm. 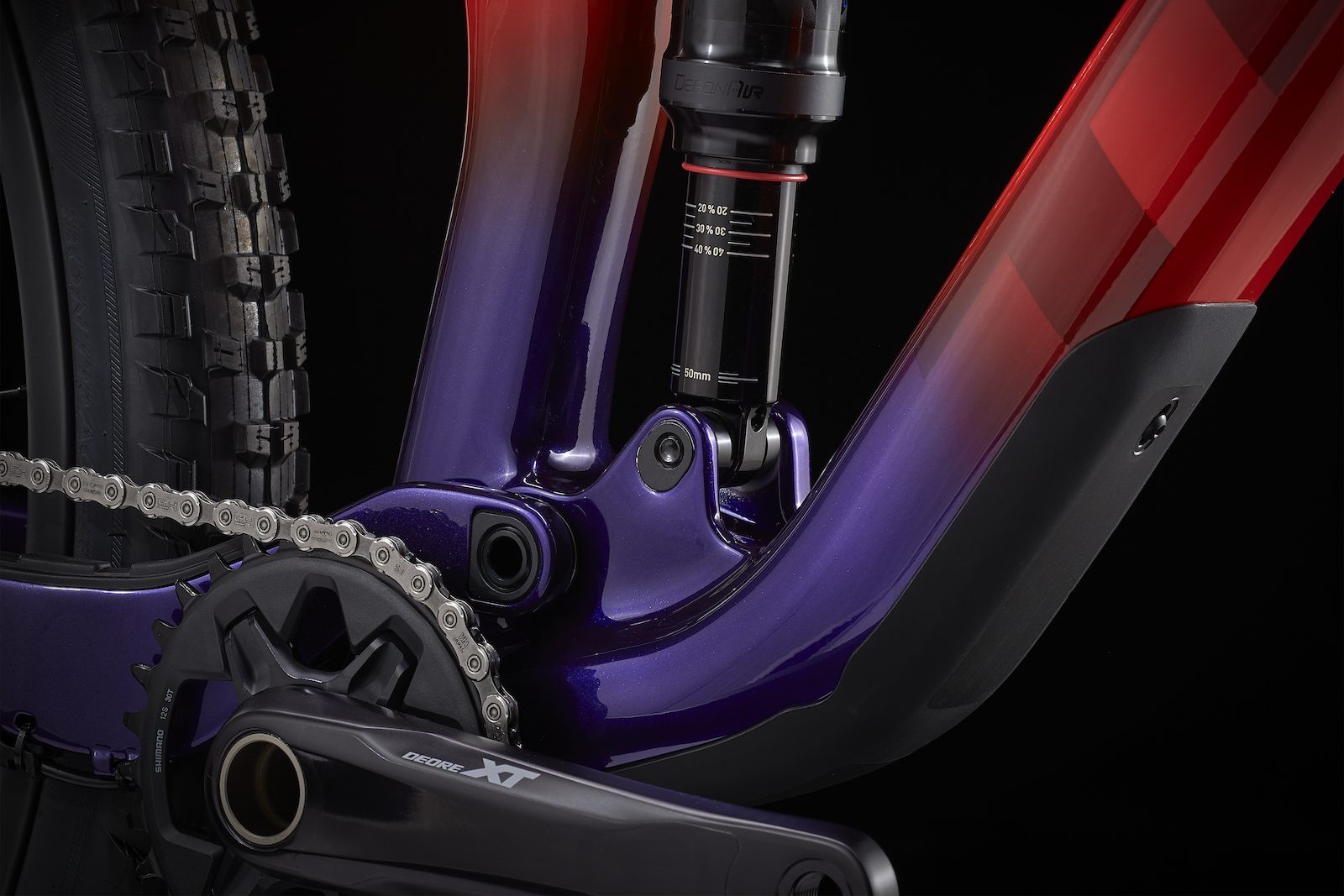 The new Top Fuel adopts storage inside the down tube that Trek has already proposed on the Fuel EX and Slash. It is available on all frames, both carbon and aluminum. 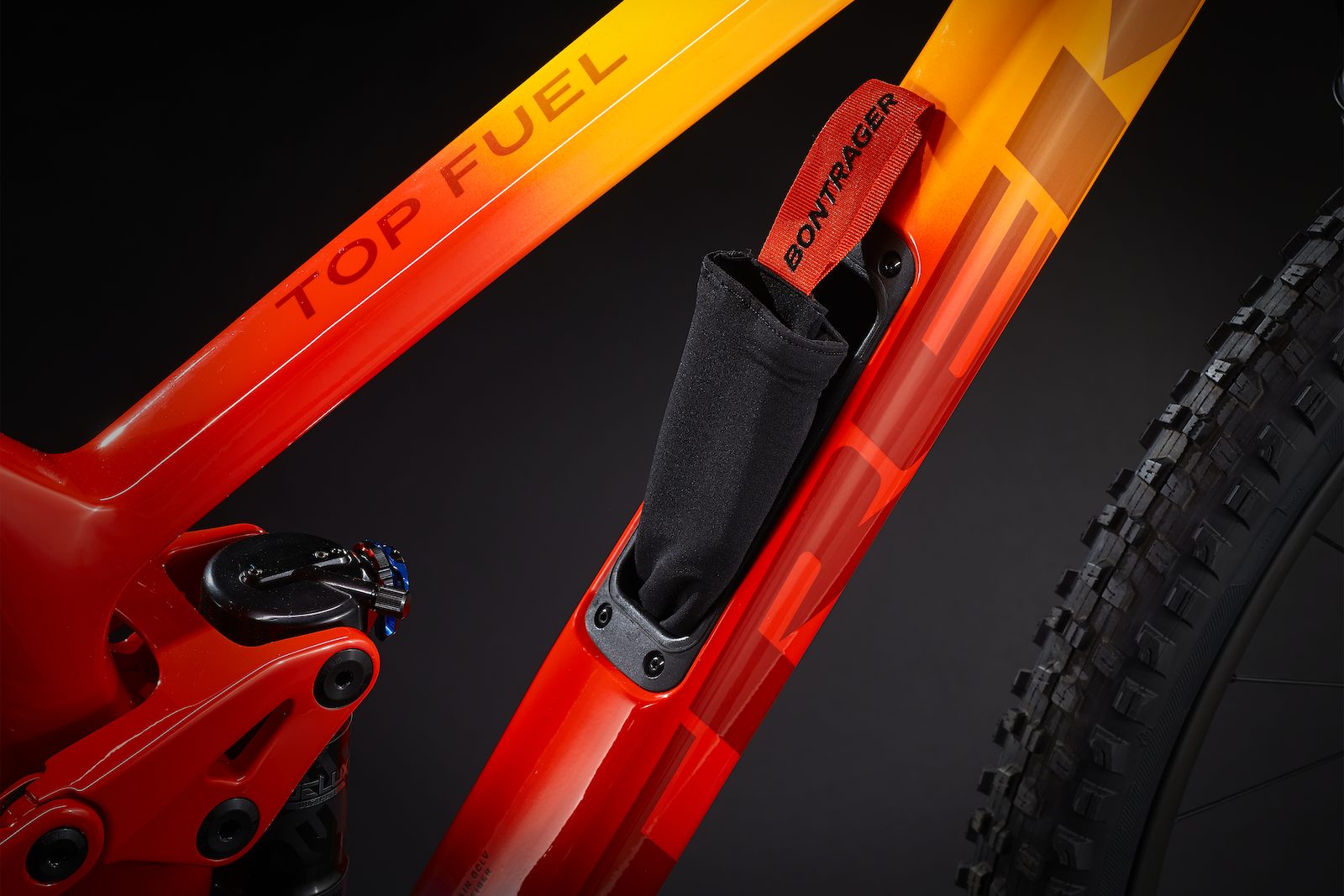 The Knock Block, the stop that prevents the complete rotation of the handlebar in the event of a fall, has been updated in the footsteps of that of the Slash, with broader 72° rotation on each side compared to the 58° of the previous version. 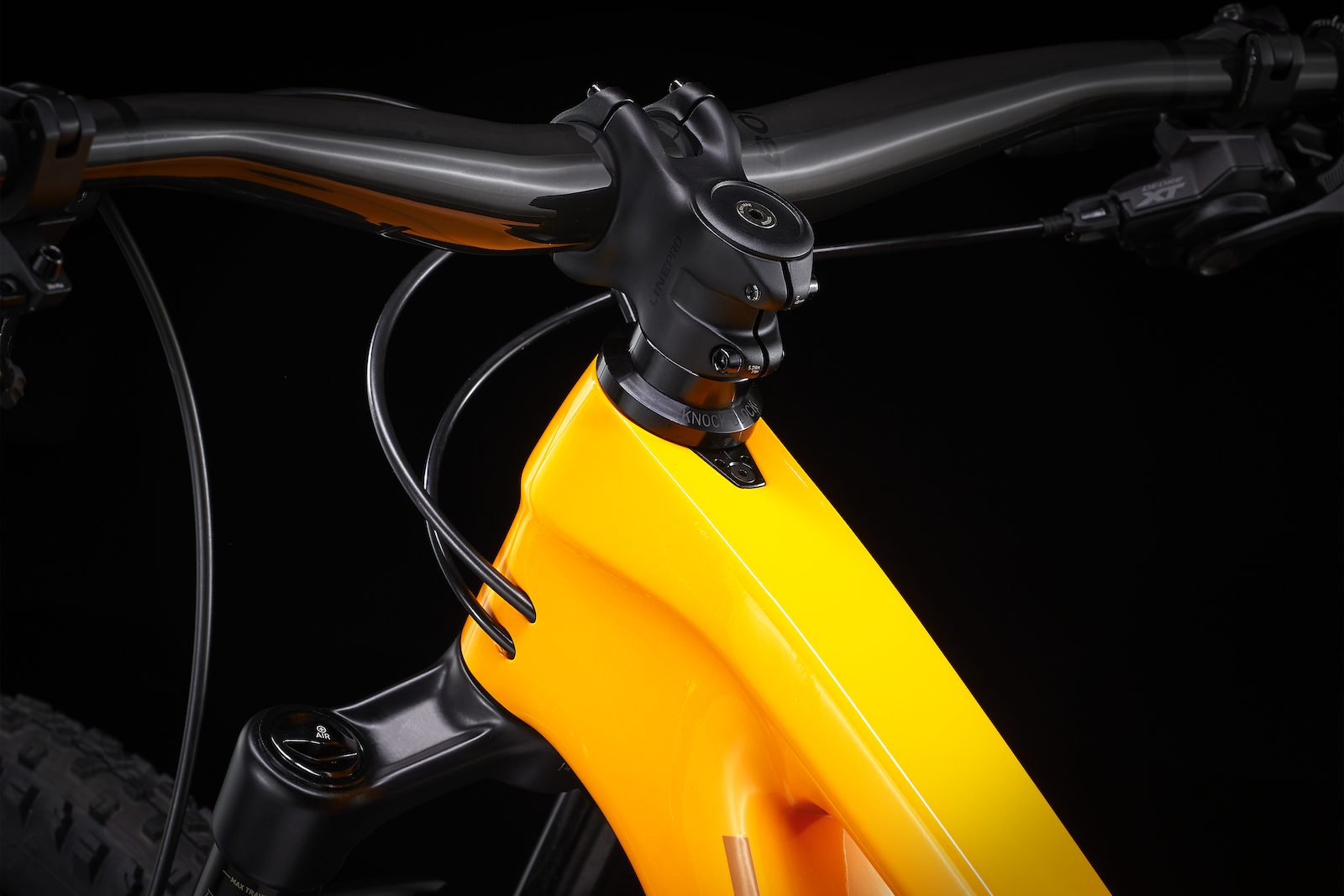 Finally, the seat tube has also grown in width, adapting to that of the Slash and now houses telescopic seatposts with a 34.9mm diameter while the bottom bracket adopts the BSA threaded standard. 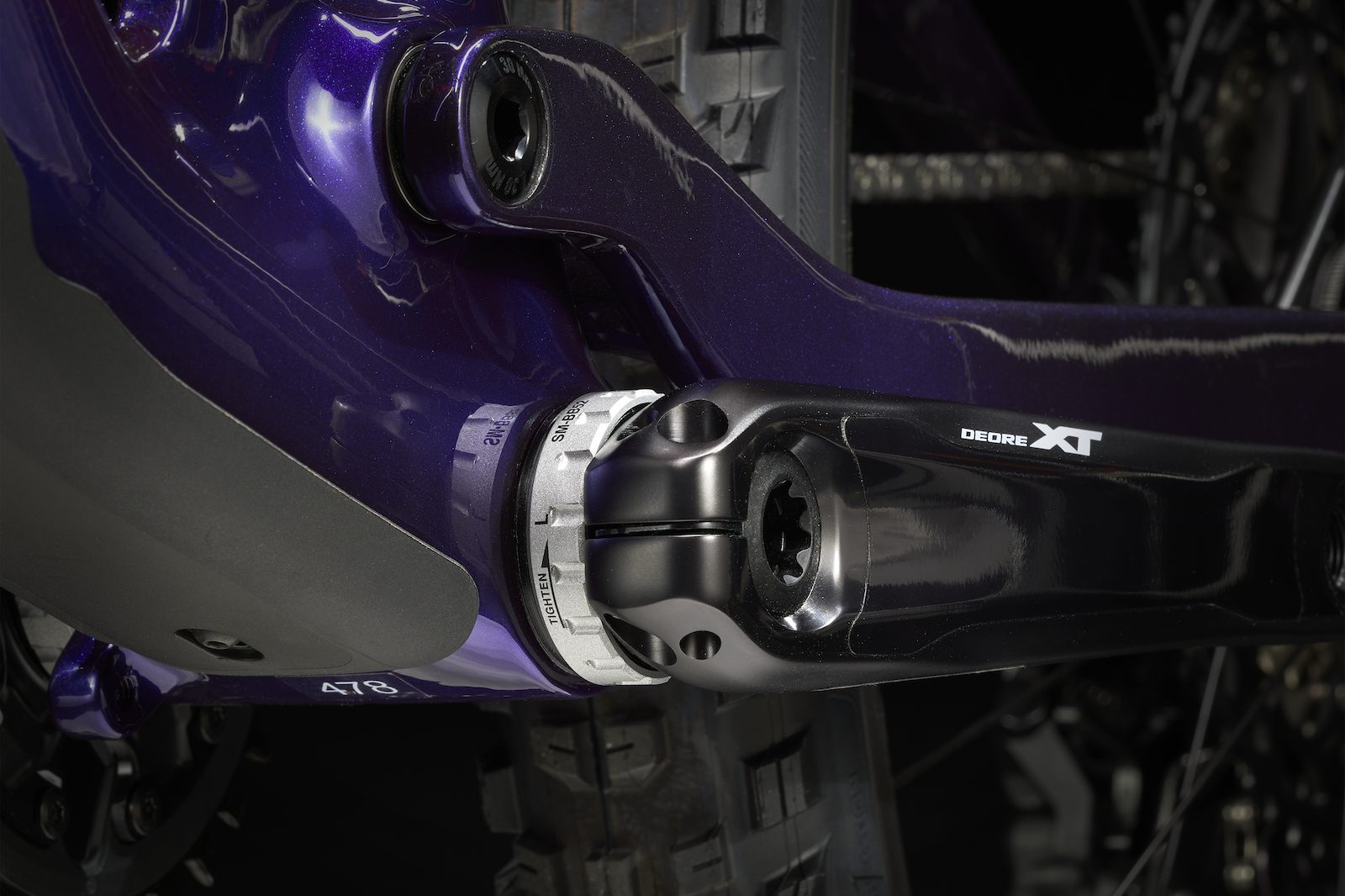 The down tube is protected by a shell screwed to the frame and therefore removable while the chainstay is fixed by a preformed rubber chain guard. 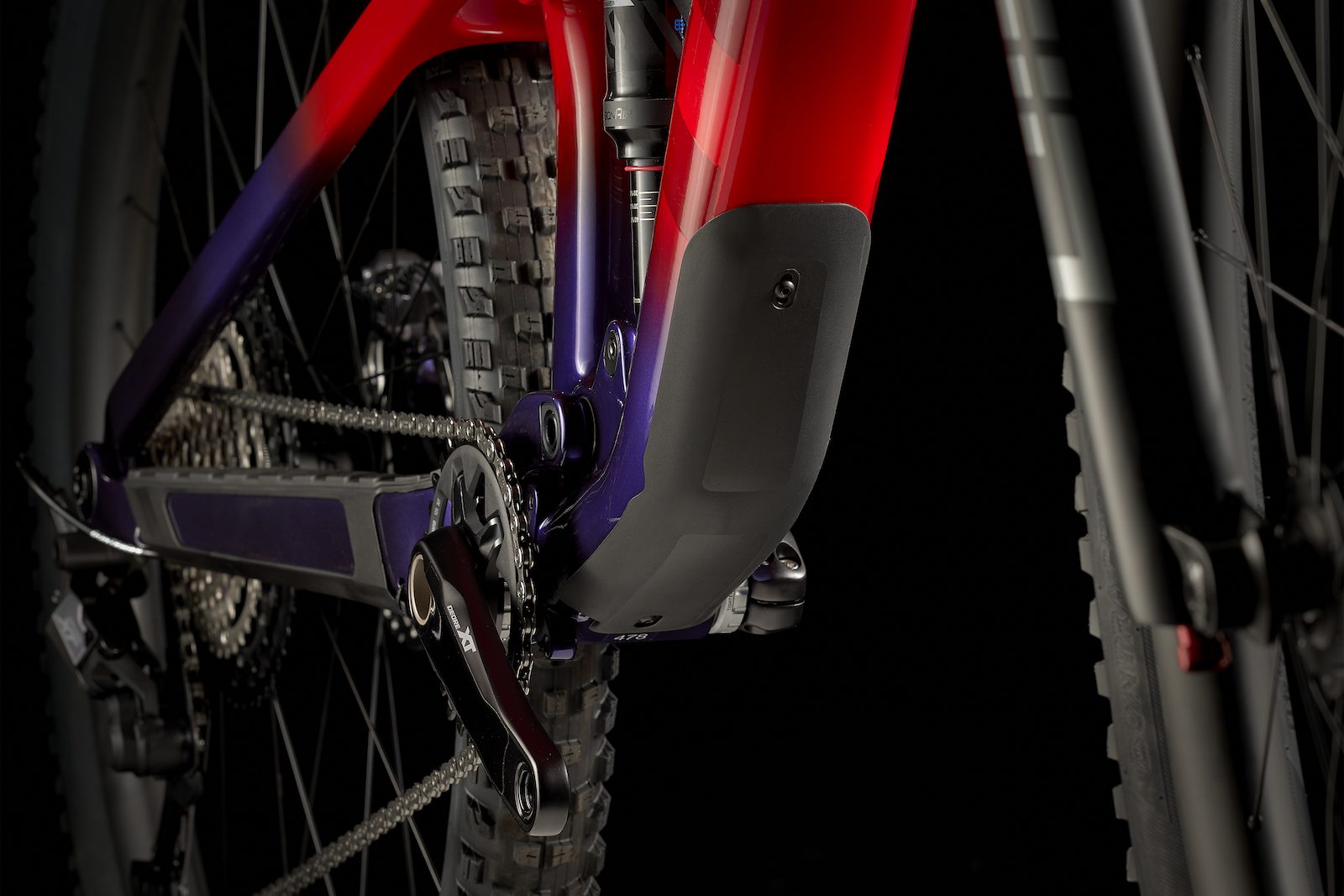 For detailed specifications of all the configurations click here: Top Fuel MY22

Trek Fuel EXe: The Most Analog of E-Bikes