Trek began the novelty of dedicating 29″ wheels as being specific to racing just this last year with the new Slash 29, an all out Enduro race weapon. Continuing on with that is the new Trek Session which is very much cut from the same cloth, but will also be available in 27.5″ unlike the Slash. Read along for the full scoop. The Session 27.5 was used by the Gee Atherton in Lourdes and with Rachel Atherton as she won the first leg of UCI DH World Cup 2017, continuing on her tirade of consecutive victories in the 2016 with a 100% perfect season between both the World Cups and World Championships. 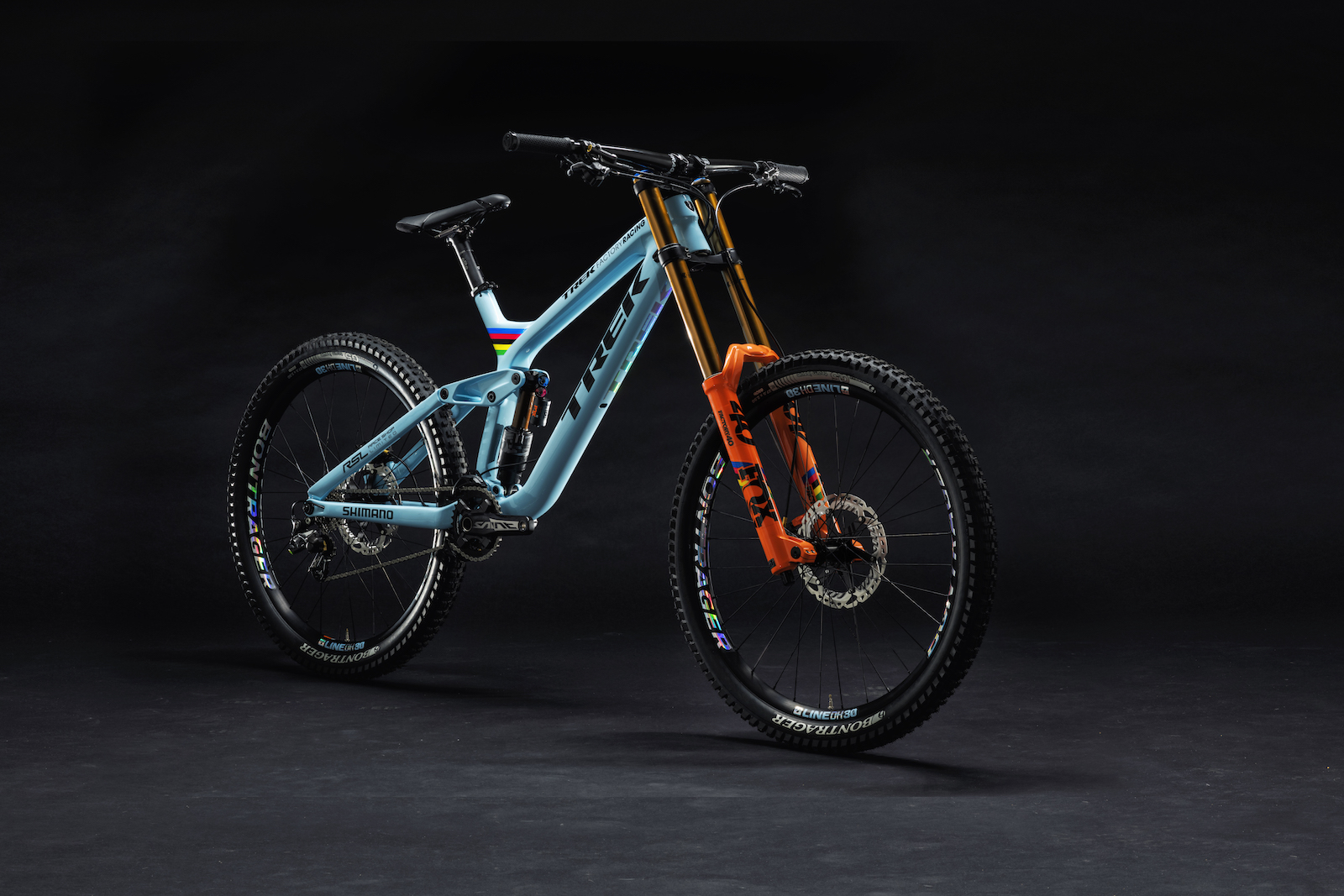 The Session in aluminum, on the other hand, remains unchanged, placing itself as the economically more accessible version of the range, for those who often use the bike in the park or are the occasional racer. These two new versions of Session are carbon fiber.

The 27.5 version of Session Carbon is in still utilizing Trek’s proven ABP (Active Braking Pivot) system where one of the pivots is concentric to the rear axle.  As far as geometry is concerned, the main novelties are the 20mm longer reach, the 7mm lower BB and the relaxing of the head angle by 0.6 °, all while the length of the wheelbase remains nearly unchanged. 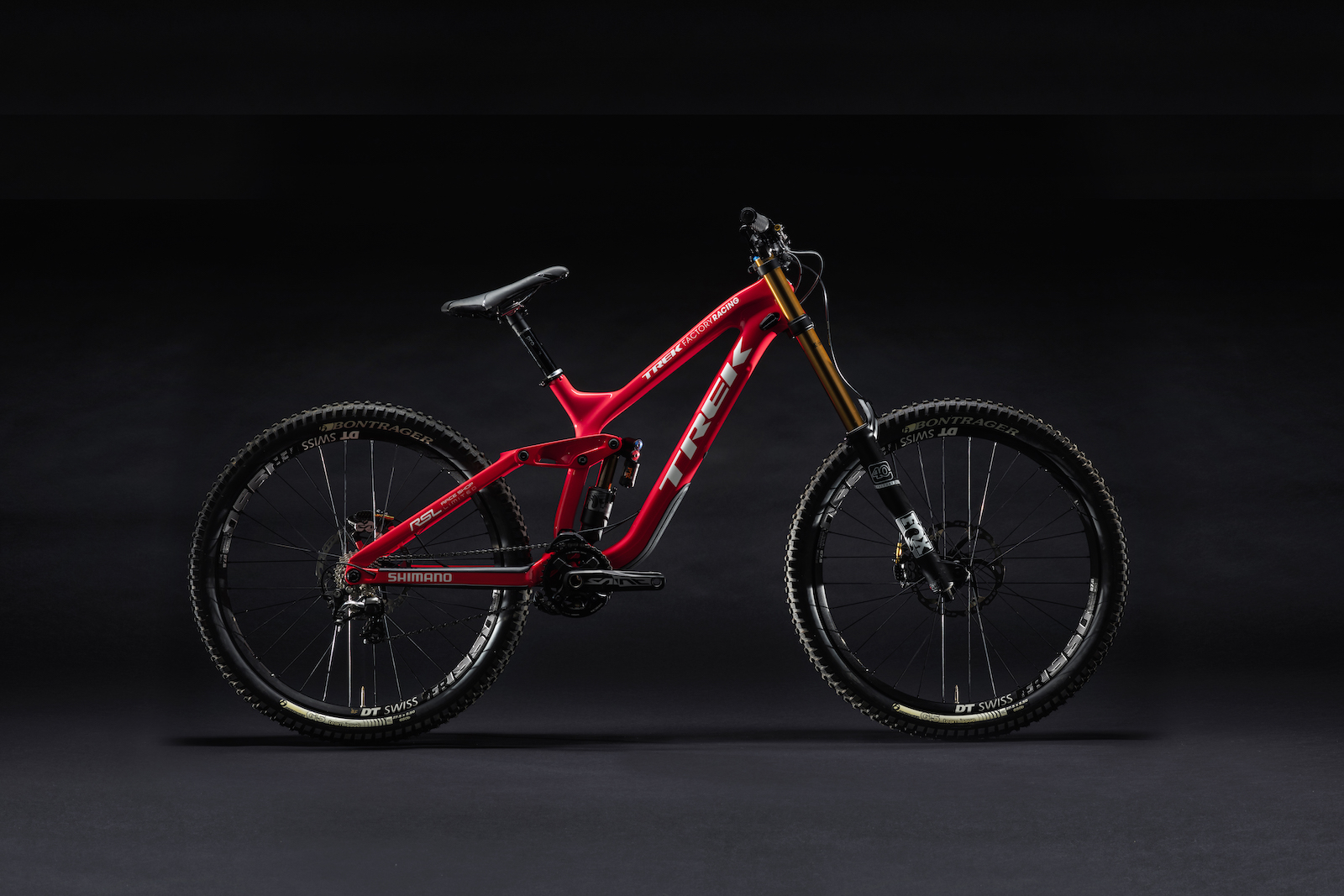 Compared to the current version, the new model is built with an updated, advanced construction OCLV technique that Trek uses for off road carbon frames.  Improved engineering and better layups have allowed for an increased stiffness while decreasing the weight. Overall stiffness went up by 11% according to Trek tests, with a 19% increase at the center of the frame area. In addition, the areas most exposed to impact are reinforced with extra layers. 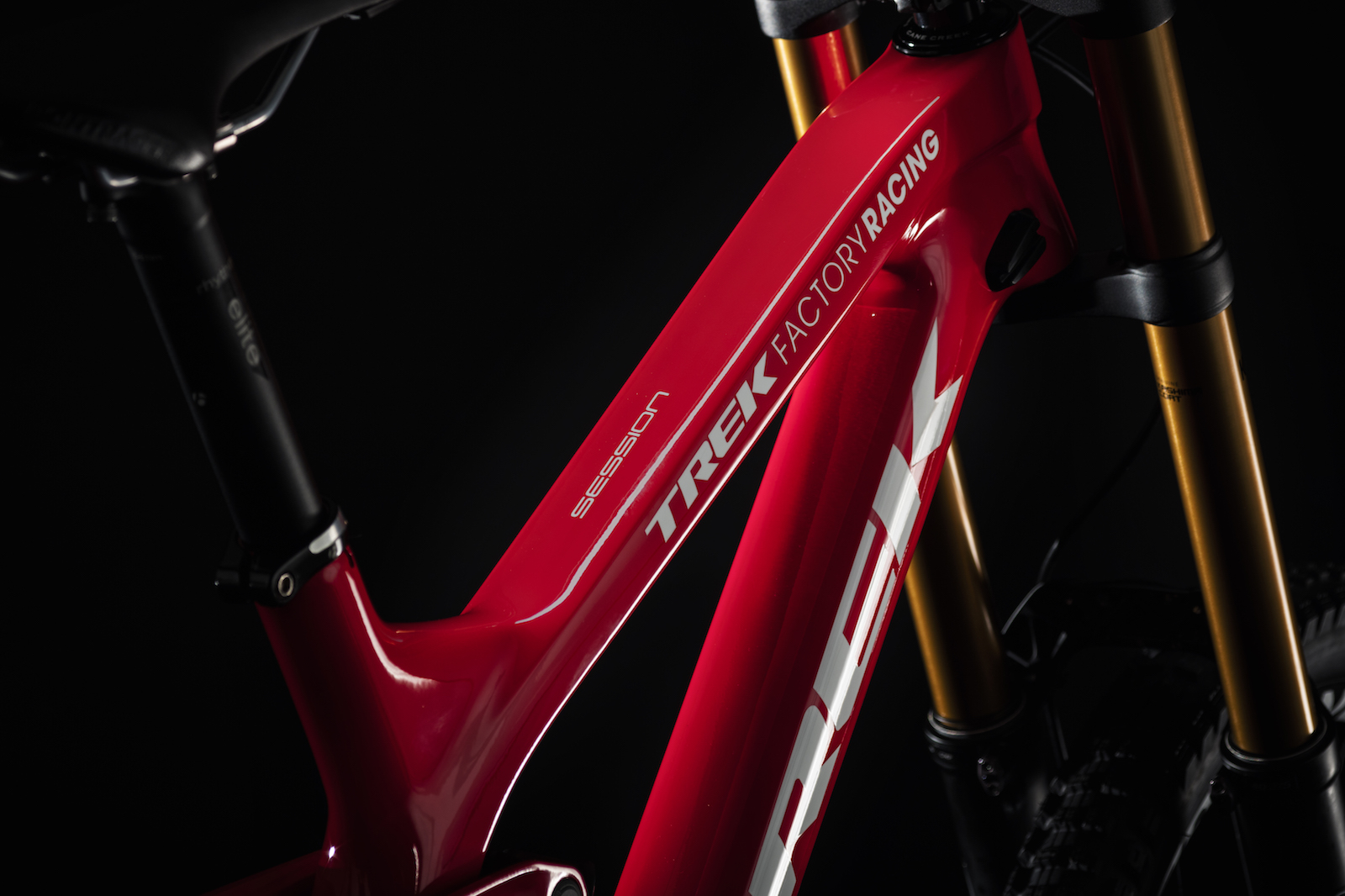 The suspension system abandons the Full Floater lower shock eyelet attachment point in lieu of a fixed attachment point to the chassis, which greatly increases stiffness due to much wider hardware. It also saves some additional weight. The shock is metric and Trek has re-worked their kinematic compression curve in close relationship with the use of the new FOX Float X2 shock absorbers, although it states that the new Session welcomes the coil sprung shocks as well. The travel is 210mm. 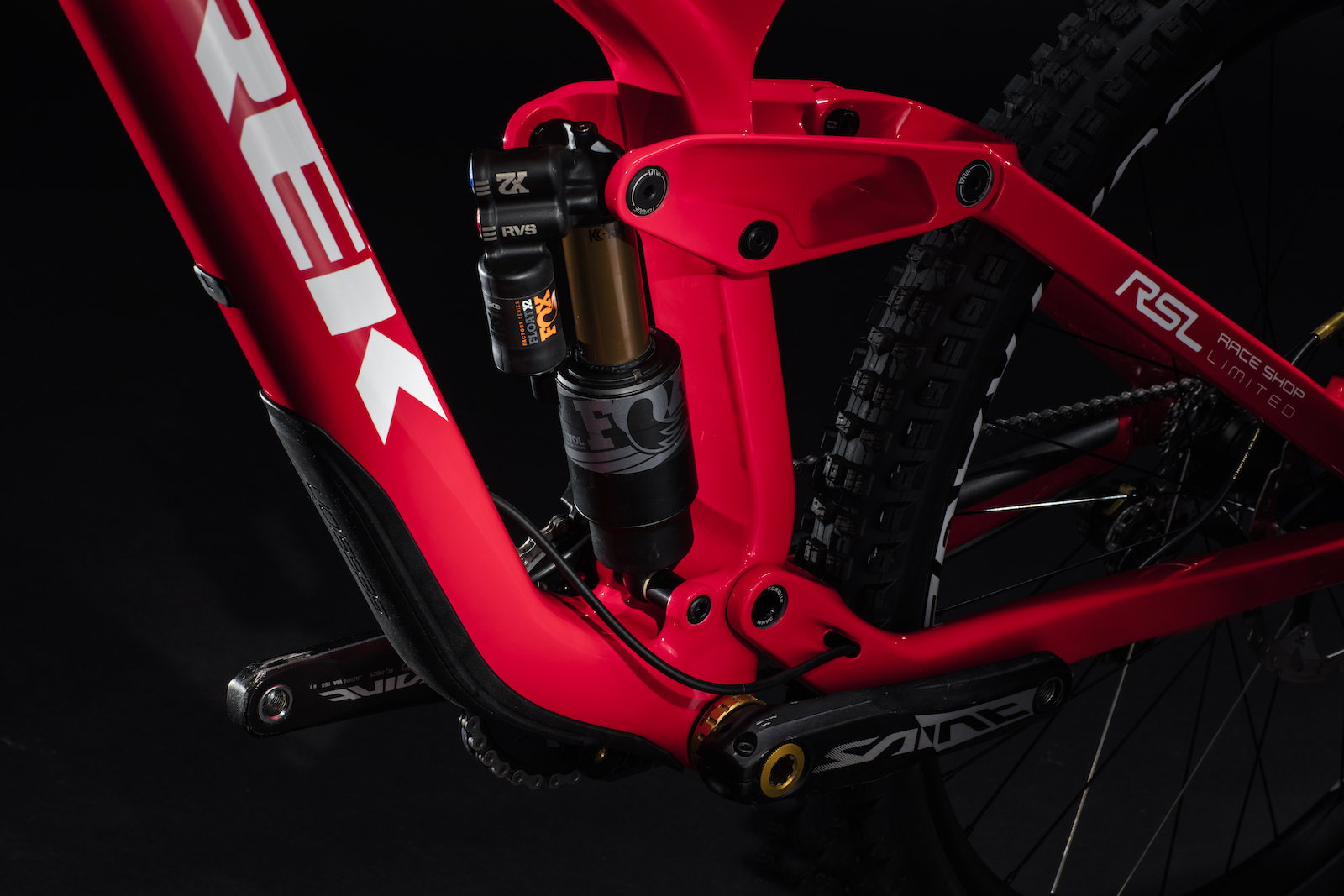 Since 2007, Trek has been steadfast in their use of the ABP braking system. The rear axle is 12X157mm. 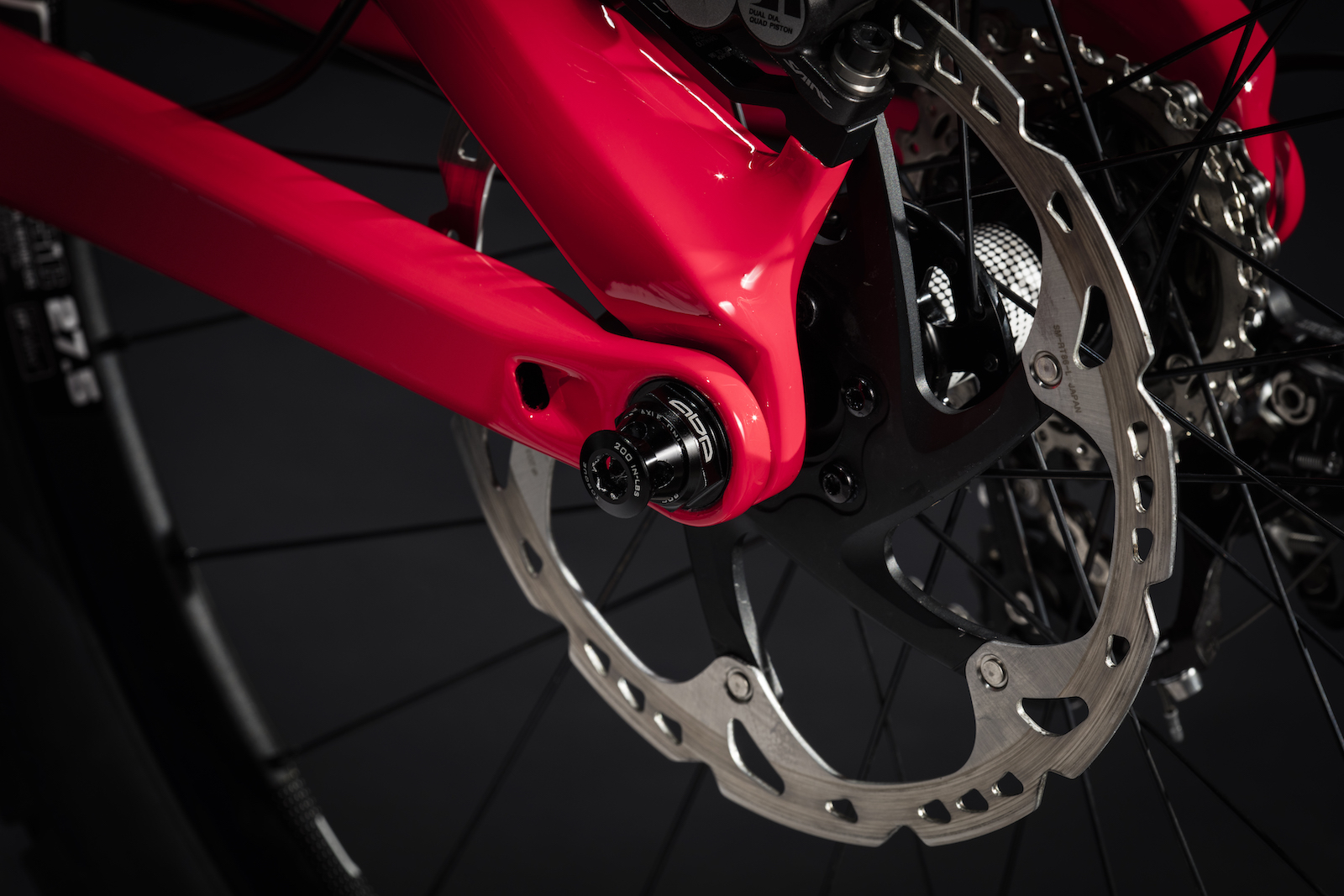 The Mino Link, the traditional Trek system for changing the geometry between two presets called High and Low, remains unchanged. The Mino Link mainly affects the head angle and the height of the BB by 0.5 ° and 7mm respectively. 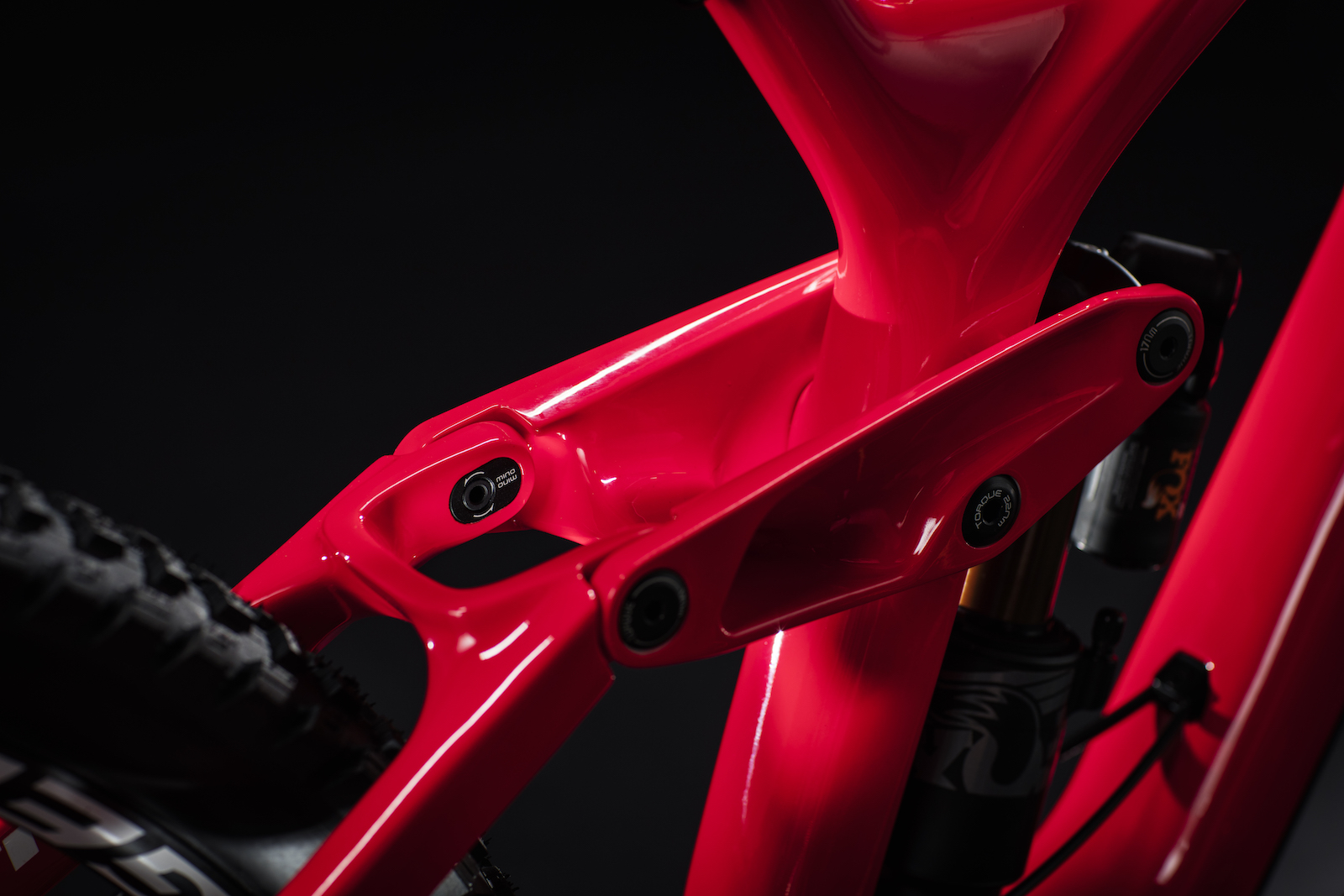 The headtube angle is now also adjustable via headset cups that can be swapped out to give you +/- 1º providing a range from 62.1° to 64.4°depending on your geometry settings via Mino Link. 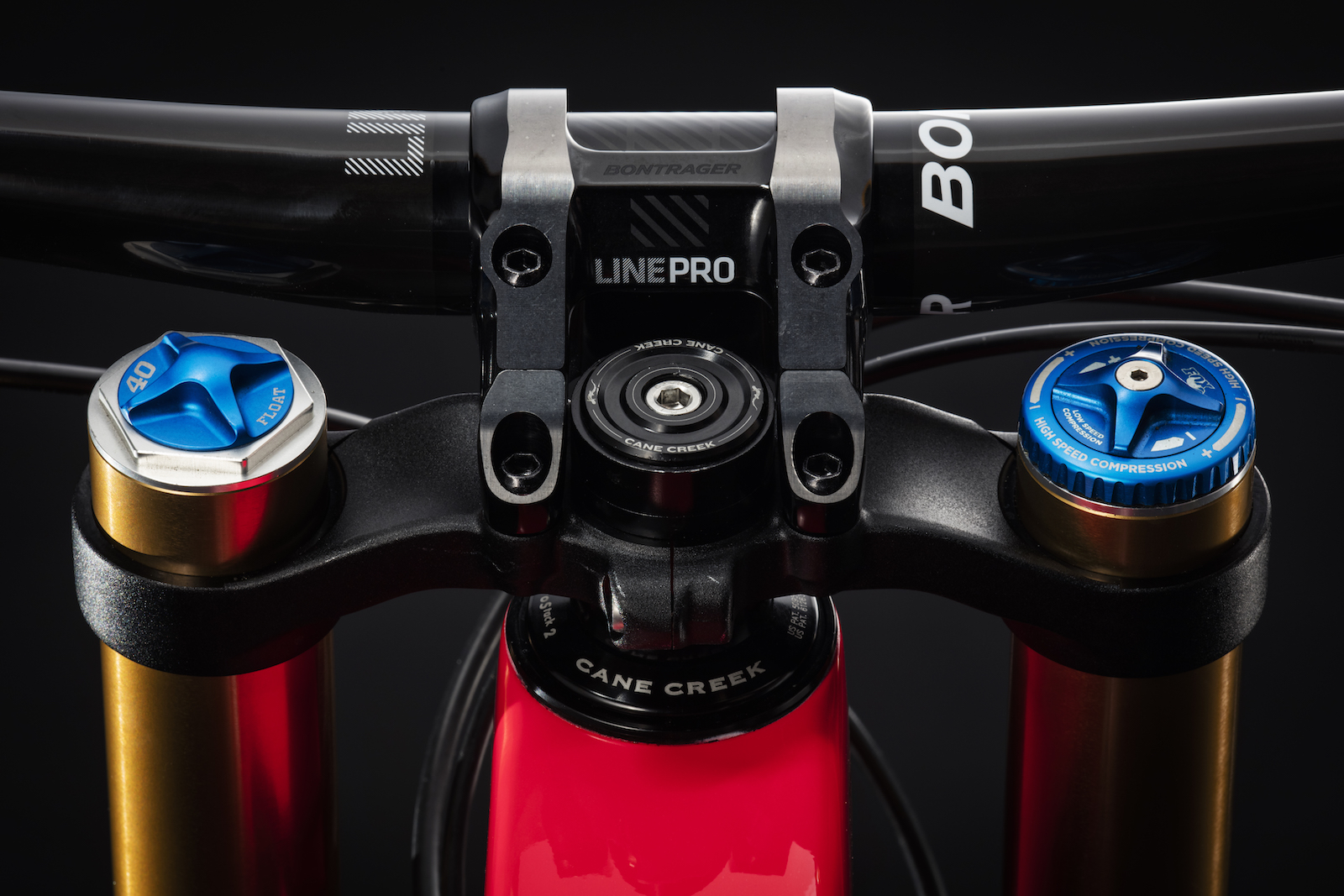 As anticipated from the beginning, Trek showed interest in 29 “wheels for DH several years ago. In 2009 they tested the first Session 29″ prototype, with 180mm travel, a 64.5 ° head tube angle and 440mm chainstays. The project showed potential but was abandoned, or rather left suspended, for only two reasons: the know-how in the field of 29” was still rather dull and the industry was very much lacking specific components that are necessary for DH (tire, wheels, forks)… 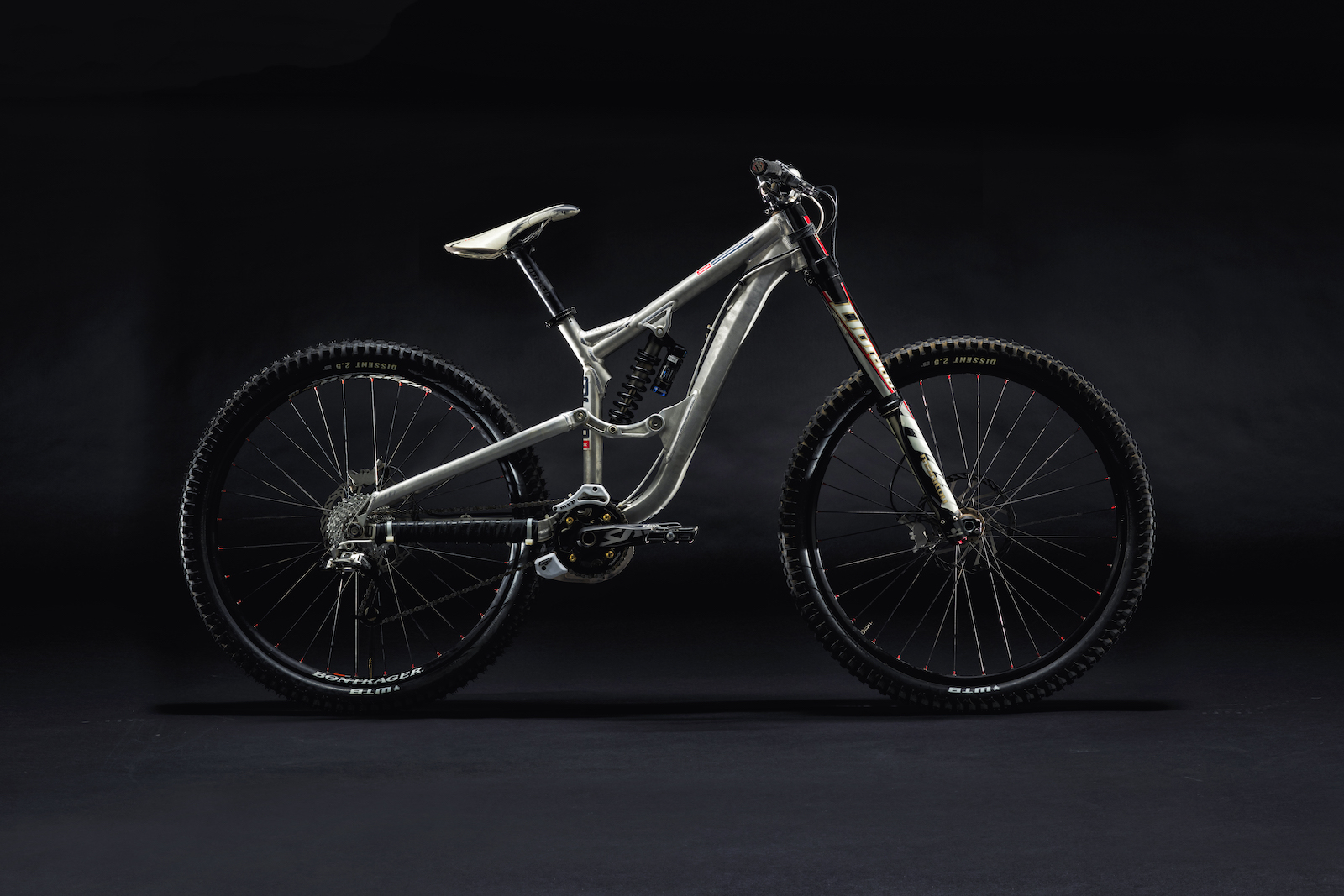 Subsequently, another prototype test mule was put through the paces; more in terms of geometry and travel, which provided a good foundation for the current model, but still remained only a prototype. Below we see it built up with current components. 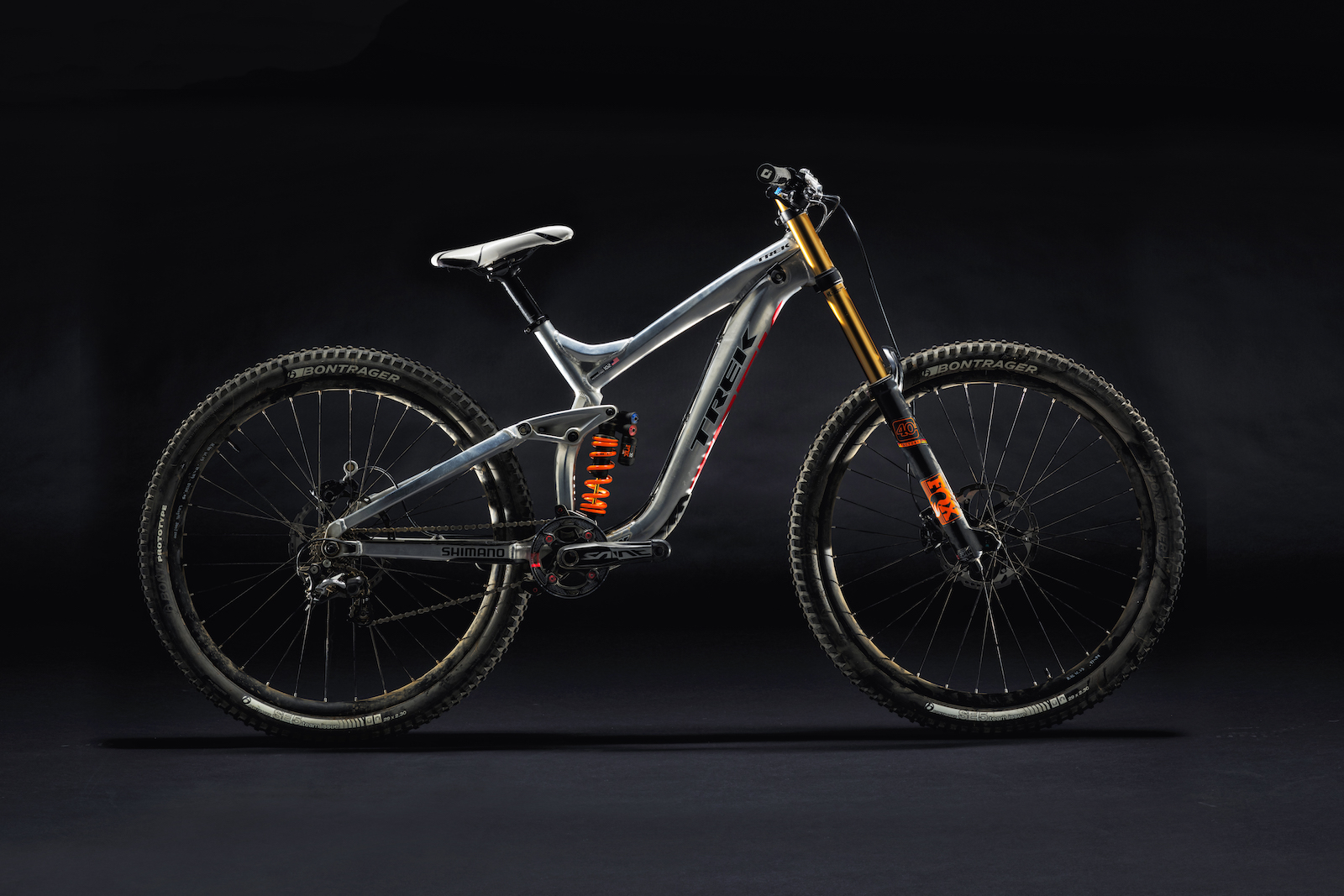 Finally, with a far more mature know-how in the 29″ world, and with companies that have begun producing specific components for the DH world in the larger wheel diameter, Trek began to develop aluminum prototypes that have produced the definitive carbon version of the Session 29. The results of the numerous tests, including elaborate telemetry systems and sensors with the LIT Pro system, have molded the new Session 29″ and put it in the hands of Trek Factory Racing athletes. 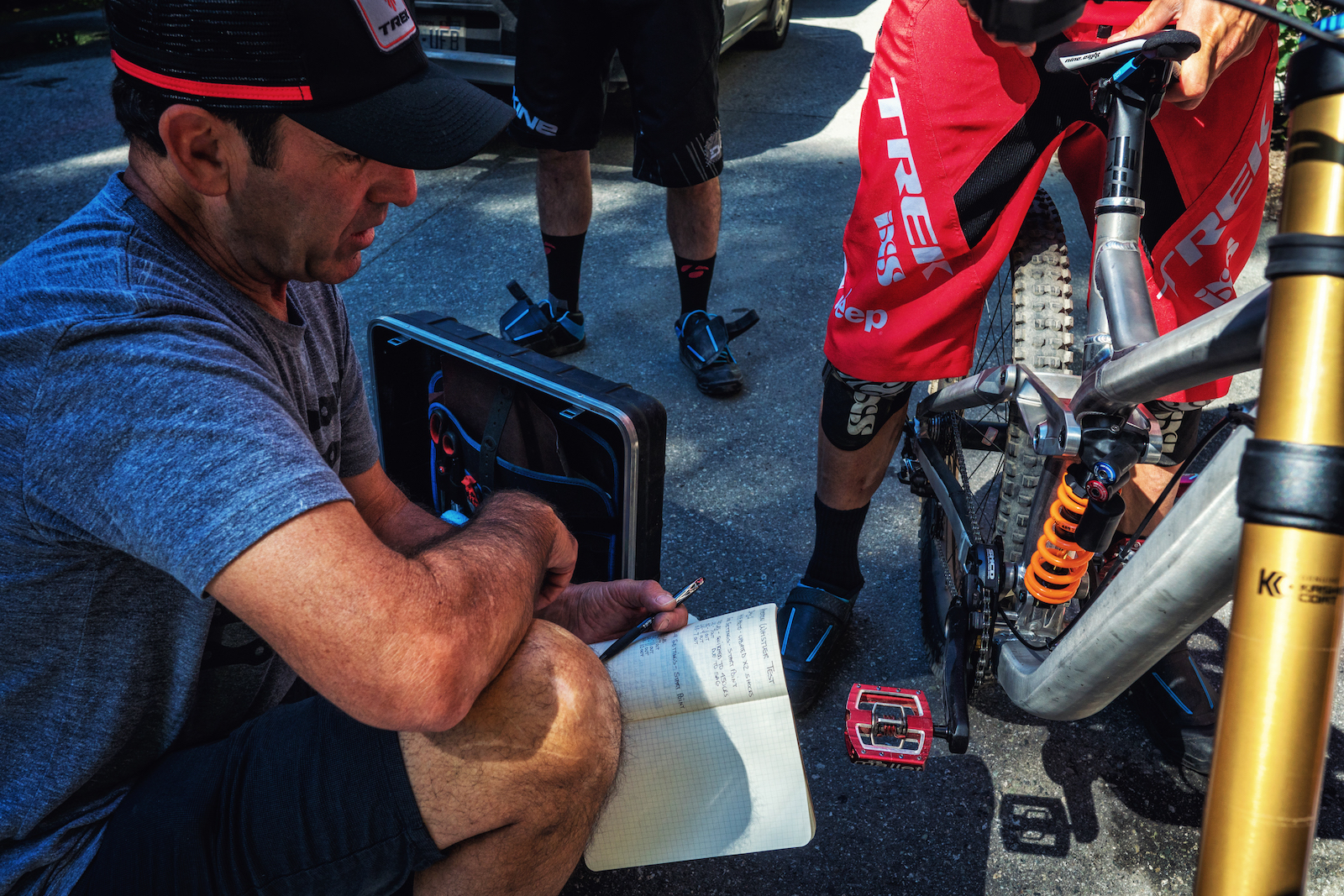 The Session 29 Carbon offers the same features as the 27.5: version, with similar geometries, if not practically identical, but with the exception of a 1º steeper head angle and a 4mm longer chainstay, in favor of added stability. The travel is reduced by 20mm compared to the “younger sister”, for a total of 190mm. Session 29 Carbon will only be available as a frameset, including a FOX Float X2 Factory Kashima rear shock, steering kit and FOX 49 Factory Kashima fork. The fork comes with the chassis as it is not easy to find. 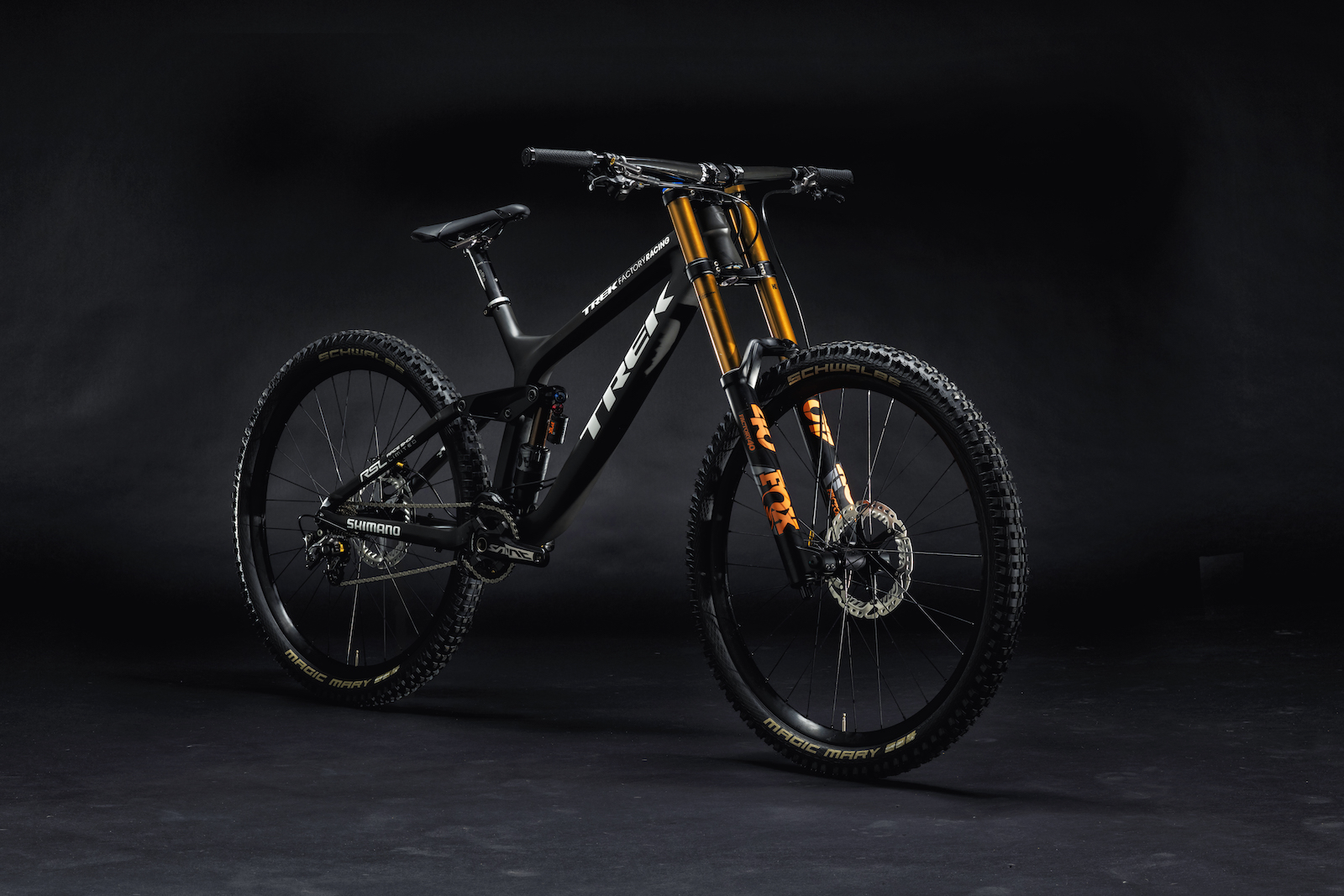 In terms of a direct comparison of geometry, it turns out that Trek preferrs to keep the two versions as close as possible while retaining the distinctive character of a Session Carbon. The travel difference is minimal and made up for by the difference in how the varying wheel sizes ride on the track. Even the construction details are absolutely similar, so the major difference lies mainly in the diameter of the wheels. 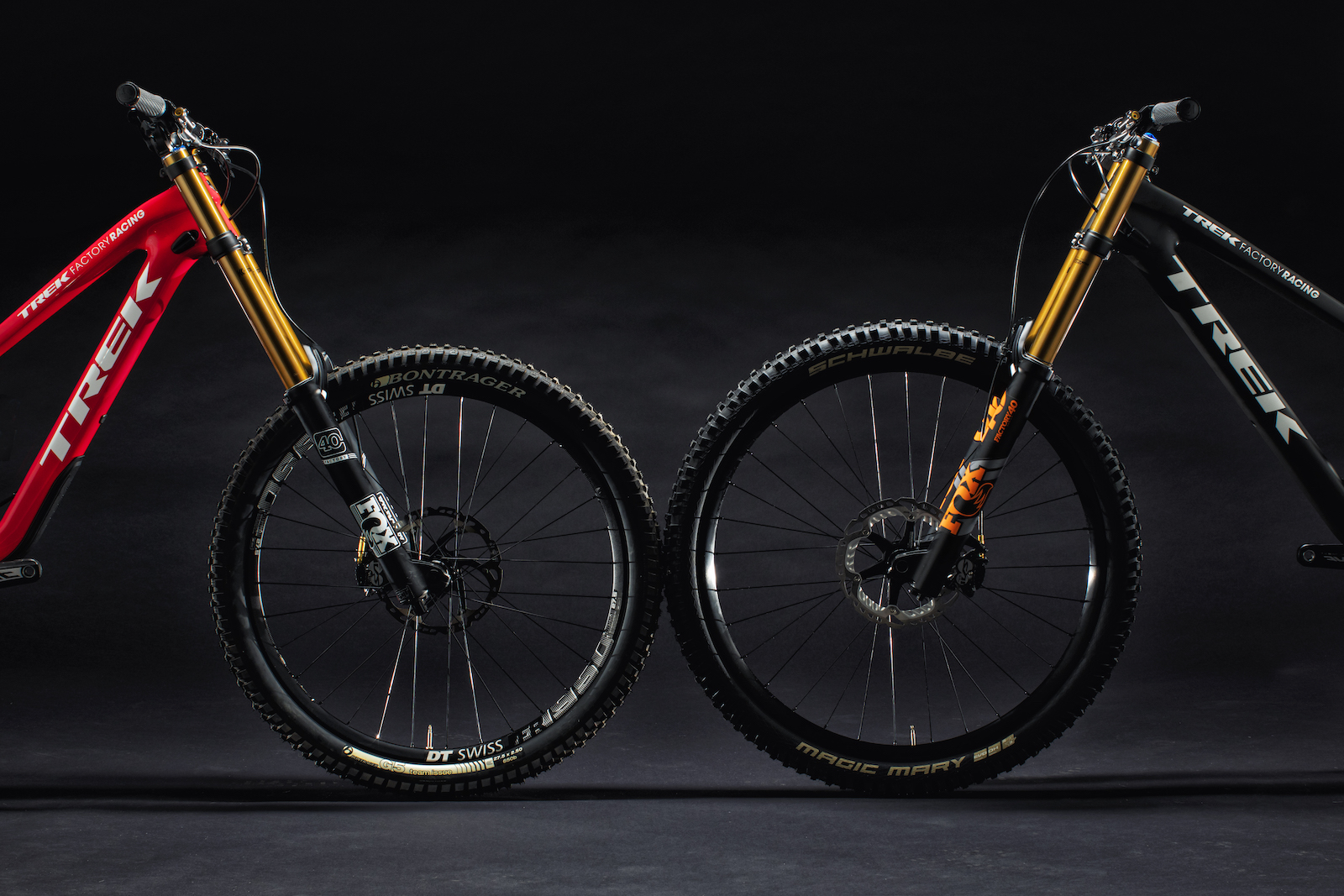 Trek describes what the Session 27.5″ as being for 90% of its current DH customers, who enjoy both bike racing and bike parks, expect top-level performance but are fairly traditional. The Session 29, on the other hand, is potentially targeted at the remaining 10% of its customers who aim for even higher performance and who see Session 29 exclusively as a race sled.

The Trek Session 27.5 Carbon is available as of right now and can be purchased both as a chassis and as a complete 9.9 spec’d bike. The availability of the Trek Session 29 Carbon will start in September 2017, just as a frameset (chassis + shock + fork). 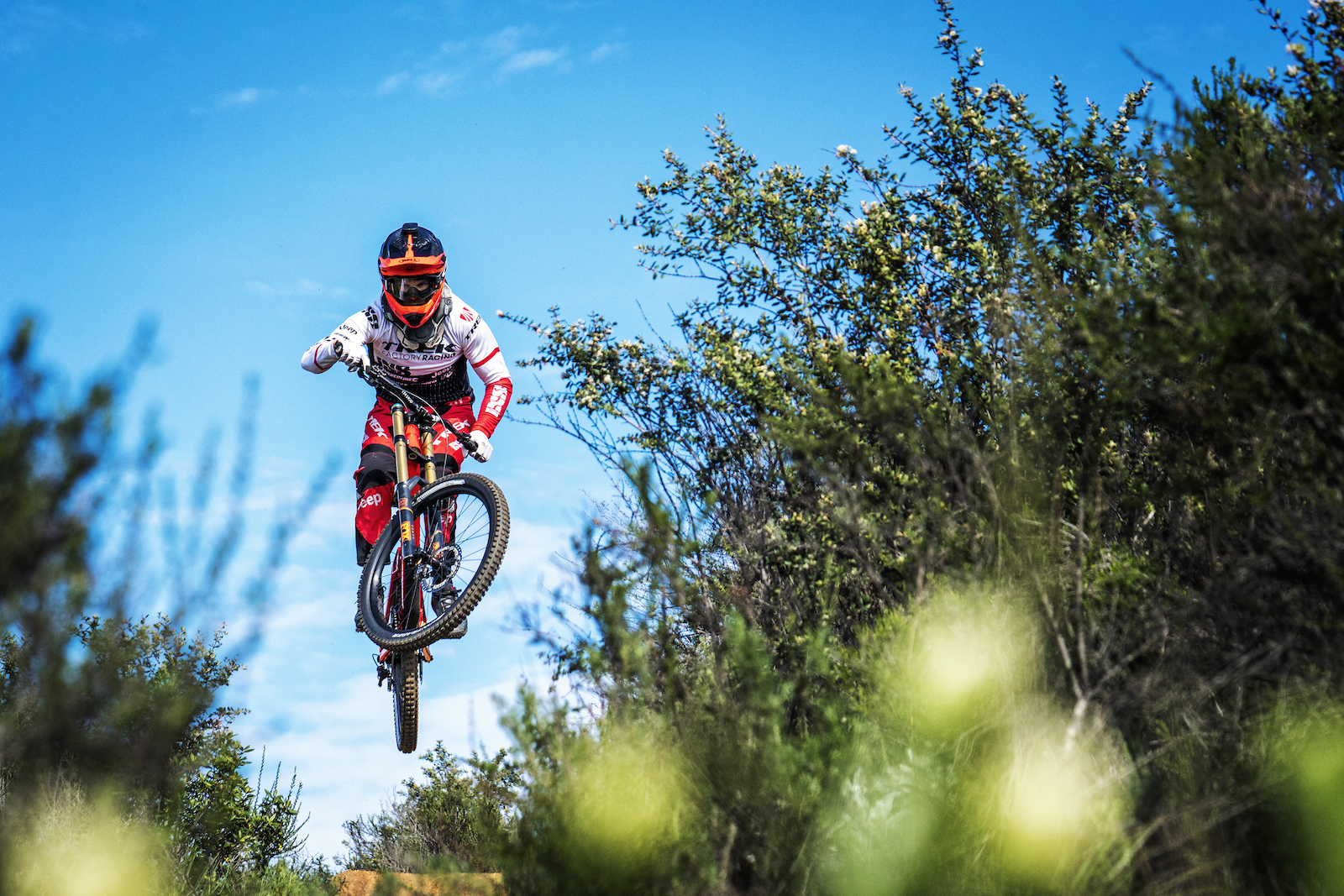 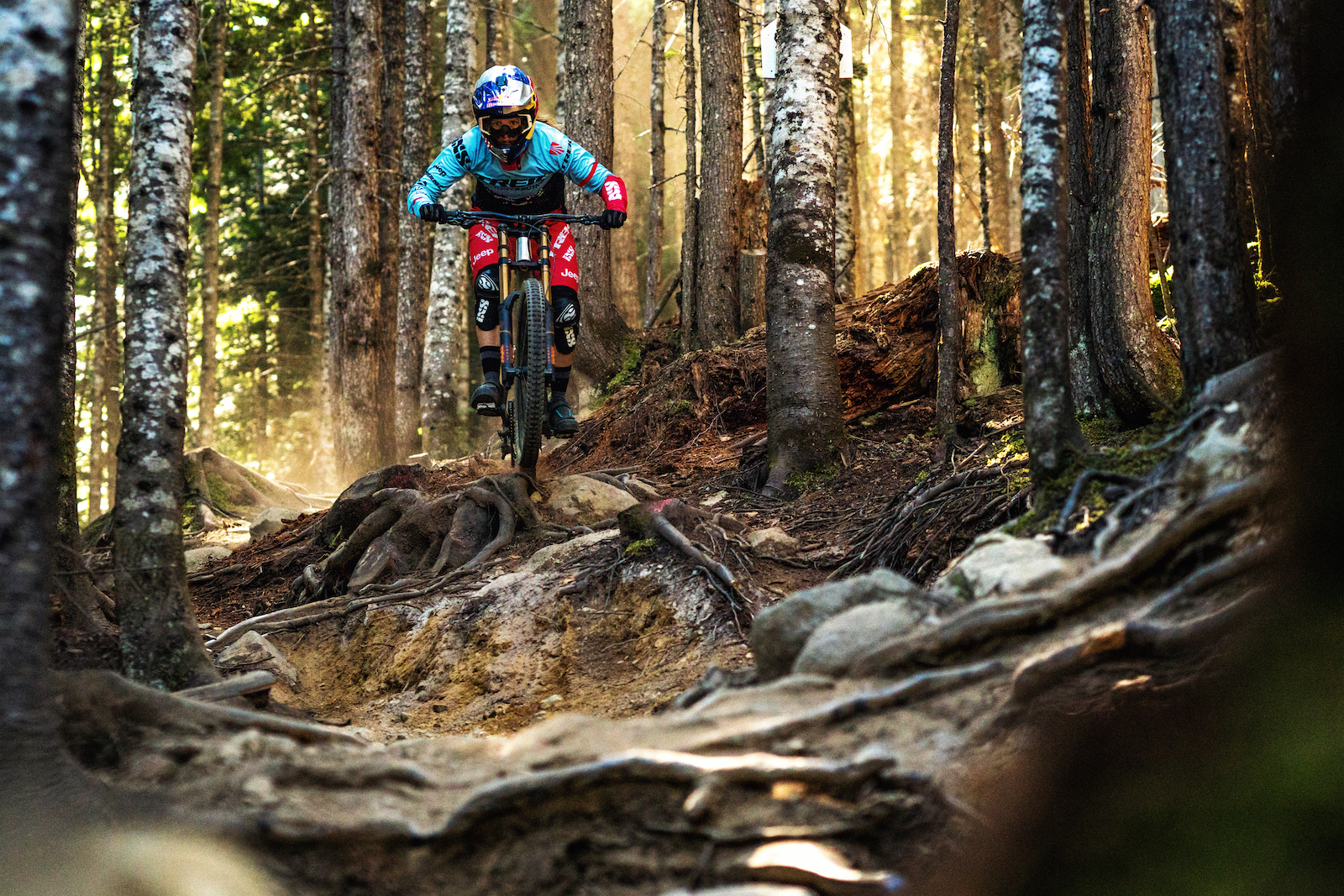 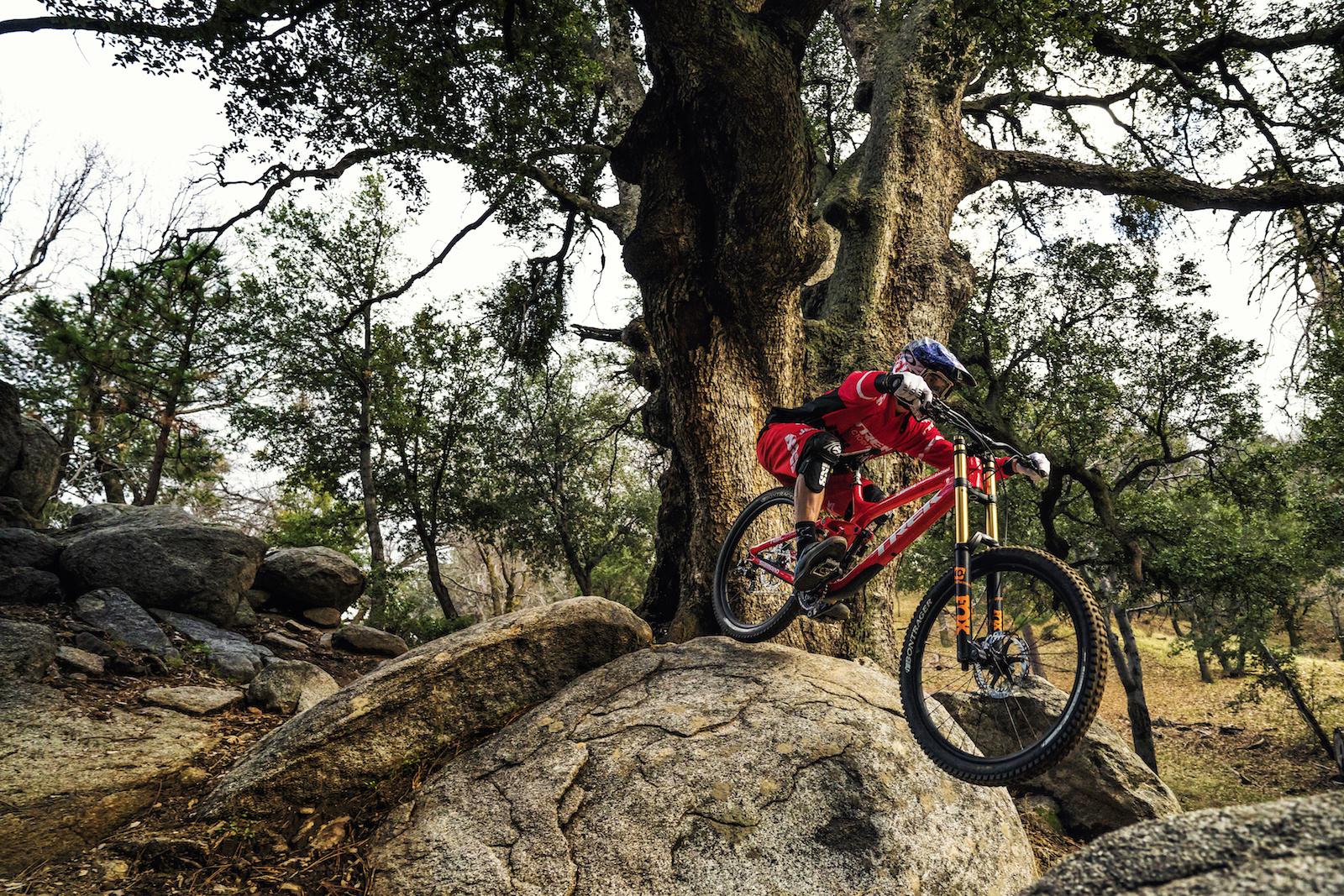