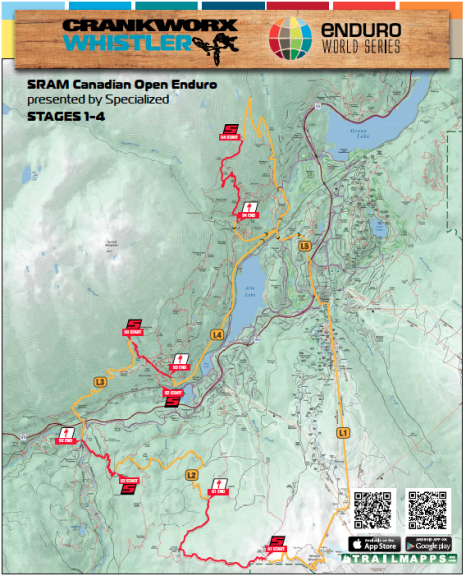 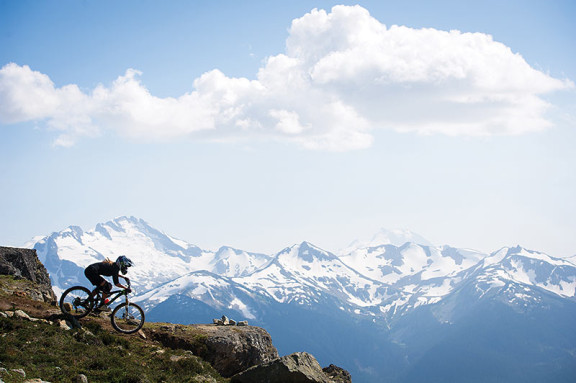 Reflective of the epic style of mountain biking available in Whistler, the five stage race developed in consultation with pro rider Richie Schley and creative dervish Seb Kemp will be compressed into one long single day. Athletes will race over 19km of trails, tallying a total of 51km of riding in the 8 hour time window.

With the first four stages of racing set outside the Whistler Mountain Bike Park, and the final stage involving a top-to-bottom link-up from the Top of the World trail, the SRAM Canadian Open Enduro will combine lift access with approximately 863 metres of climbing. Riders will travel from Whistler Peak to the valley, twice, with the final stage a 10.63 km, 1450 m vertical top-to-bottom test-piece of endurance. 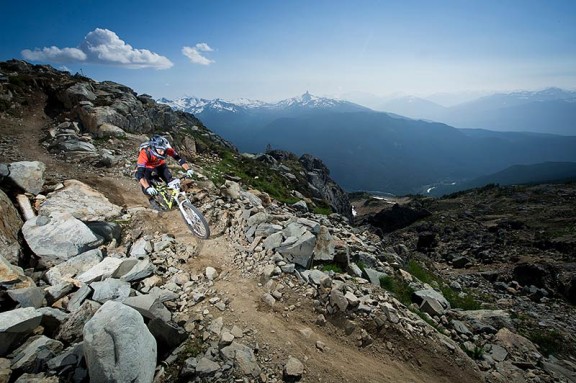 The added “Whistler” twist is that, unlike in previous rounds, riders will not be able to return to the pits in between the first four stages, demanding a much higher degree of self-sufficiency and equipment management than has been required before.

Crankworx GM Darren Kinnaird said, “The course will take riders through a range of trails, from the alpine to the sub-alpine to race-course type terrain. Each trail is unique  to the different part of the valley that it’s situated in and showcases the variety of riding available here in Whistler. I think people will feel they’re more in wilderness than in a resort.” 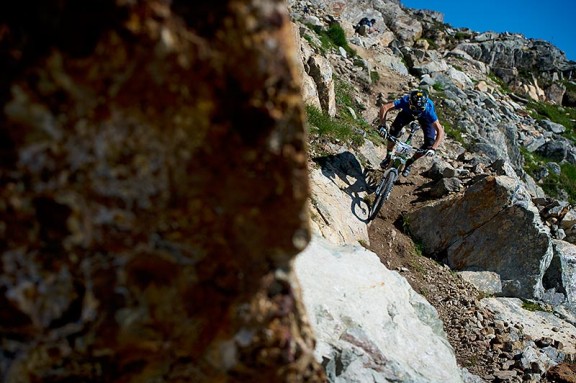 Having witnessed the drama and excitement of the first four rounds of the Enduro World Series first-hand, EWS Managing Director Chris Ball says this weekend’s race will continue to test the world’s best. “This Series has tested athletes from sea level to altitude, from the physical to the technical, from backcountry to machine-built trails, in bad weather and good. This round will combine everything pushing riders both physically and technically and test how self-sufficient they are on their own on the mountain. We’ve got an epic race ahead of us.” 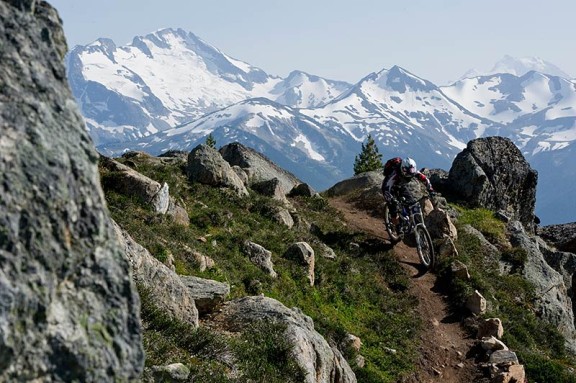