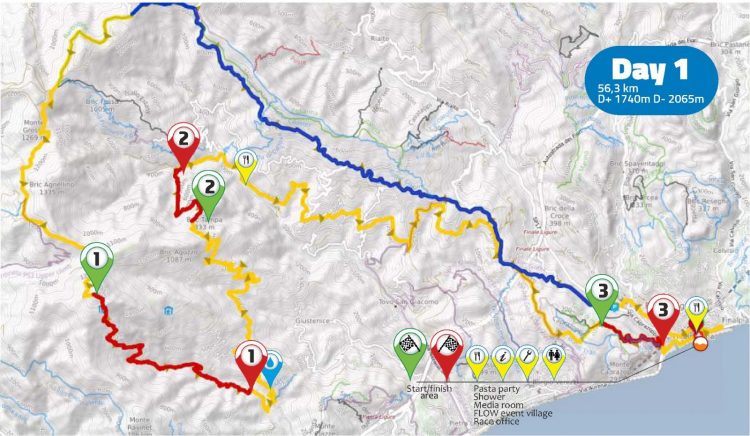 Mount Carmo is the highest peak in the Ligurian Apennines, towering over Finale and visible from miles around. Starting at 1200m up, the Karma is one of the most complete trails on the global enduro circuit. With 8.6km of fast descent, punctuated by a handful of sharp, punchy climbs, it’s a physical test not to be underestimated – and will push the riders hard.

This trail is the purest embodiment of the Finale Ligure motto, “From the mountain to the sea”, with a total drop of 1,185 metres. The full run includes a succession of natural toboggans and razor-thin singletrack, before finishing a few metres from the glittering blue Gulf of Genoa.

A super-technical, extremely physical trail, distinguished by narrow and treacherous turns, with plenty of rocks to keep things interesting. With 650m of drop packed into 2.8km, it’s a precipitous ride – the slightest lack of focus could bring a rider’s run to an early end.

This descent toward the sea is the ultimate initiation to riding in Finale Ligure. It’s a mellow start, but the trail becomes very steep in the later stages, entering a section full of turns with occasional glimpses of the sea through the trees. 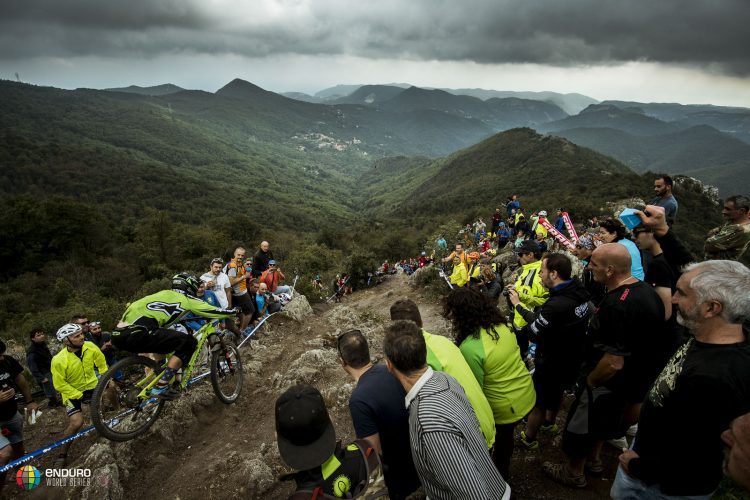 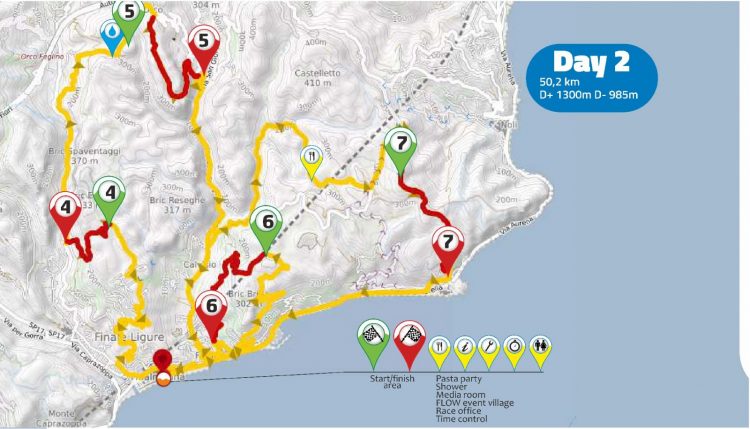 One of the oldest, most revered trails on the mountain, the Dolmen was used in Finalenduro way back in 2008. The trail takes its name from a stone megalith positioned along the route, but the competitors will have no time to take in the sights as they send it down the mountain. The first part of the trail alternates smooth sections and technical rock gardens. One hundred per cent concentration is required. The grand finale comes on an amazing rock section – perfect for an explosive finish.

This path runs very close to some crags popular with rock climbers. It starts off loose and dusty, before giving way to some seriously gnarly rock-strewn sections.

A true classic in the Finale area, rattling through nearly 400m of descent in just 3km. Fast lines and two of the most technical rocky sections on the whole mountains, with a finish virtually at sea level.

An iconic trail, both in Italian enduro and beyond, it embodies the spirit of ‘riding the riviera’  like no other route. With packed crowds lining the routes, the riders should be super-pysched and bringing their A-game. 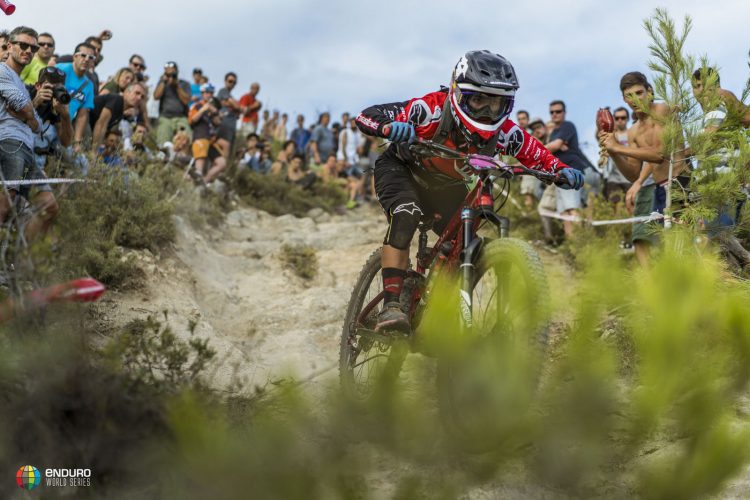