“This is just an incredible feeling,” said Beers. “Burry set the bar very high; he was such a great mountain biker. I honestly didn’t think I could ever achieve this. I have to say thank you to Jordan. He’s been such a great partner all week, a real superhero. I never thought this was possible. When we started and won the Prologue I thought that was amazing, but to have held it all the way through, I just can’t thank the team enough, we had an amazing team.”

Sarrou was at a loss for words after his eight days of mountain biking. “This is just incredible,” he said. “I have no words. It’s been such an amazing week riding with Matt. We had the yellow jersey right from the start and we never let it go. It feels amazing to win the Absa Cape Epic. Thank you to the entire team – the staff, the mechanics, everyone involved has made this possible.” 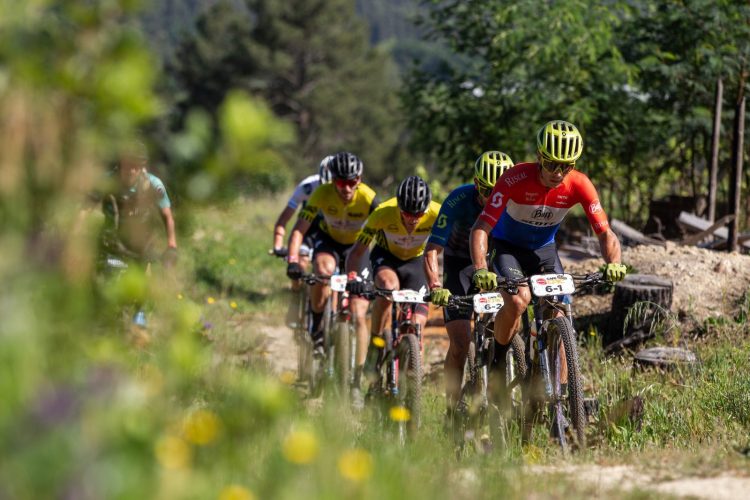 Going into the 68km Grand Finale, The Trail to Val de Vie, NinetyOne-songo-Specialized had a solid six-minute lead in the overall standings over second-placed BULLS 2 (Martin Frey and Simon Stiebjahn).

BULLS 2 overtaking the overall leaders was still theoretically possible at the start, but it would have required a ride of superhuman effort combined with disastrous luck for Beers and Sarrou. That scenario never came close to playing out, though, as BULLS 2 dropped off the leaders on the first climb of the day. From around 20km into the final stage, then, all Beers and Sarrou had to do was ensure they made it over the finish line in one piece.

The real racing on the day came in the competition for third overall. Trek-Pirelli’s Samuele Porro and Fabian Rabensteiner started the final stage with a slender lead over Buff Scott MTB’s Hans Becking and Jose Dias. 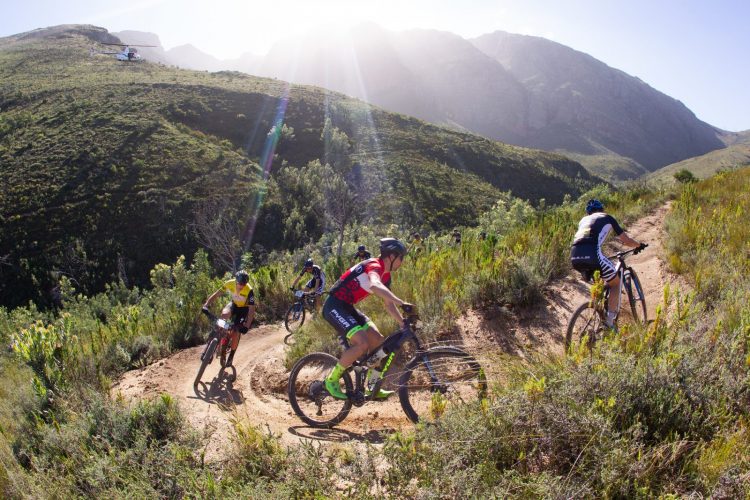 That overall lead didn’t last long into the stage, though, as Becking went flat out on the first climb of the day. His ascending prowess has been a feature of the 2021 Absa Cape Epic, and the last day was no different. BULLS 2 popped off the back, Trek-Pirelli couldn’t match the pace either, leaving only Beers and Sarrou to go with Buff Scott

Lone rider Tristan Nortjie of {type}DEV Nanotime, whose partner Wessel Botha abandoned the stage early on, managed to stay with Buff Scott and NinetyOne-songo-Specialized too.

Becking and Dias took turns leading the stage, with Beers and Sarrou always right there – Nortje, not allowed to interfere in the racing as a lone rider, remained just behind the front four throughout. A small dog soon joined the leaders, chasing the riders through the vineyards, and later a peacock blocked Dias on a district road. These were the only dramas for the front riders.

As the Grand Finale finish, at Val de Vie, approached, Becking was briefly in conversation with Sarrou, the four leaders all handing out celebratory fist pumps too. After finishing the stage, Becking said they were simply discussing the post-race tactics. “I was asking Jordan, ‘who is paying for the first round tonight’ then I said ‘okay, you guys won, so I will buy the first drinks’.” In the finish chute, Beers and Sarrou dropped back, leaving Becking and Dias to claim the stage while they savoured the moment of their overall victory. 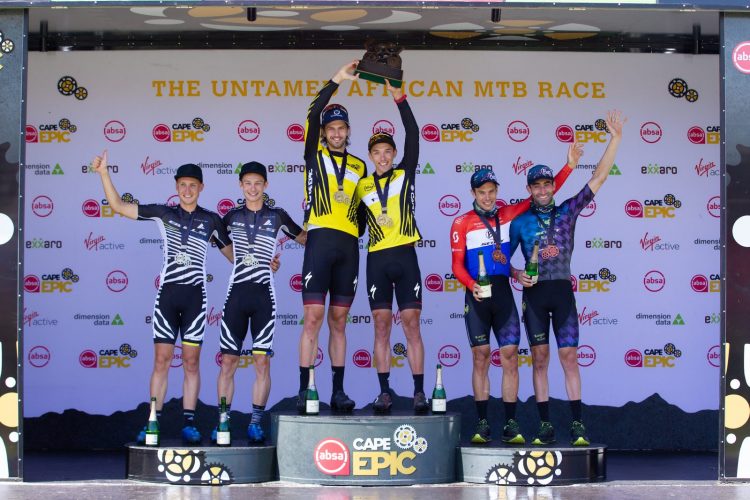 For Dias and Becking, claiming third overall was a major goal achieved. “We went flat out today to overtake Trek-Pirelli. We gave it our all to get that third place. I went into that first climb and gave everything I had.”

Second overall at the 2021 Absa Cape Epic went to the BULLS 2 team of Martin Frey and Simon Stiebjahn. “We were hoping for a podium overall, but second overall and a stage win was more than we expected,” said Stiebjahn. “I’m actually a little lost for words right now. It’s just been a great week.”

Sina Frei of Switzerland and Laura Stigger of Austria (NinetyOne-songo-Specialized) have wrapped up the 2021 Absa Cape Epic in utmost style as they lead the race from start to finish, winning the overall title at Val de Vie today.

Frei, a silver medallist in the cross-country mountain bike event at the Tokyo Olympics this year, was thrilled with the win. “It’s unbelievable,” she said. “We came into the Absa Cape Epic to ride and do well, but I never expected to win this race. We have just been a good team all week. We got onto the podium and we never left. I’m really happy right now. Laura and I are good friends and I think this helped us throughout the week.” 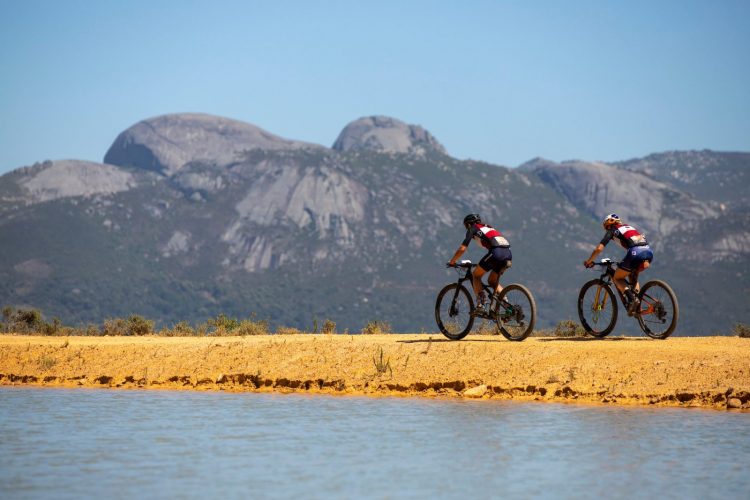 Stigger added that the victory came down to teamwork. “Our success belongs to the entire team. Everyone has worked so hard for us. I can’t really describe the feelings right now; it’s just so cool.”

The NinetyOne-songo-Specialized team enjoyed a flawless 2021 Absa Cape Epic, barely putting a foot or pedal stroke wrong all week. They were powerful on the climbs and poetry on the descents. That theme continued on the Grand Finale, with Frei and Stigger accelerating away from the chasing pack up the Beulah and the Hawequa Climbs.

Candice Lill and Mariske Strauss (Faces CST) tried to respond, but the legs weren’t willing. Still, they were able to claim second overall in the Elite women’s race.

“On the start line this morning our plan was to attack early to go for the stage win,” said Lill. “We started off well and set the pace, but we quickly realised that the legs were gone after the last few days. Mariske also had a triple puncture, so we had a small panic with that, but we quickly sorted it out and kept moving.” 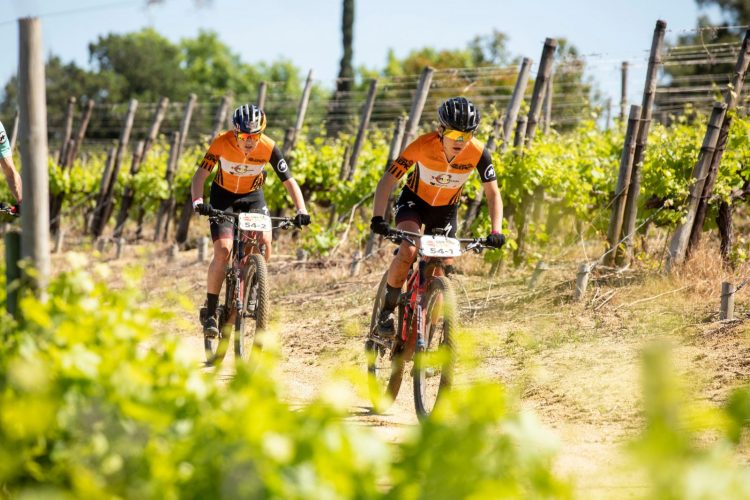 The 2021 Absa Cape Epic was the first that Strauss and Lill have ridden together, and the pair have finished every day with big smiles and hugs. Will they still be able to compete against each other in the future? “Haha – I am sure we will be able to race each other when the time comes,” said Strauss. “But yes, this race has really solidified our friendship this week. It’s been an awesome experience riding with Candice. I can’t wait to do more stage races together.”

Robyn de Groot and Ariane Lüthi (Salusmed) were also a first-time pairing for the 2021 Absa Cape Epic. They finished third overall in the women’s race, with De Groot admitting that she battled throughout the week.

“I didn’t feel myself at this event,” said De Groot on the finish line. “At some stages, I didn’t feel like I could make it to the finish. I had to put on a poker face and just hang on to this superstar Ariane.”

Lüthi was full of praise for her teammate and looks forward to more women riders taking on the challenge of the Absa Cape Epic. “Robyn gave it her all,” said Luthi. “She is a great competitor and it’s fantastic to ride with her. We gave it everything we had and we crossed the line! I encourage all women mountain bikers to enter the Epic. You can do it. You enter, you train and we would love to see you here.” 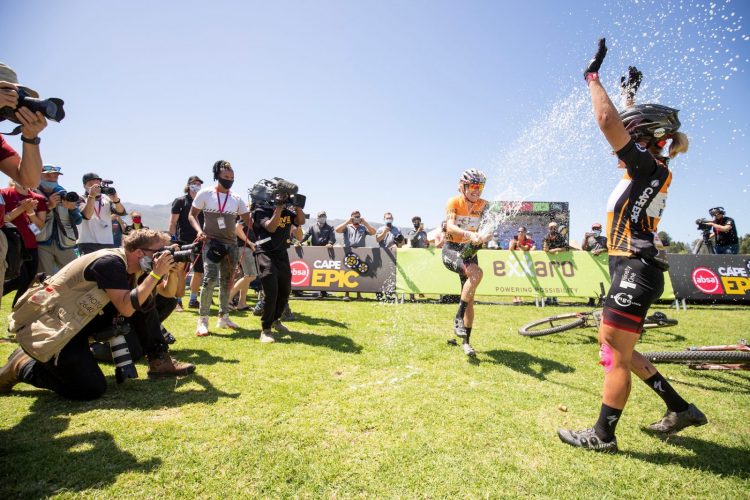