This year’s Red Bull Rampage brings us back to the 2016/2017 zone, which were won by Brandon Semenuk and Kurt Sorge respectively. An all new venue was lined up but due to logistical challenges we’re back to the future. The last few days have brought a mixed bag of weather with wind and – fortunately for those shaping dirt – rain. Read on for a reckoning of the early days of re-shaping the mountain while returning riders alter their lines and new riders grapple with trying to new lines altogether. 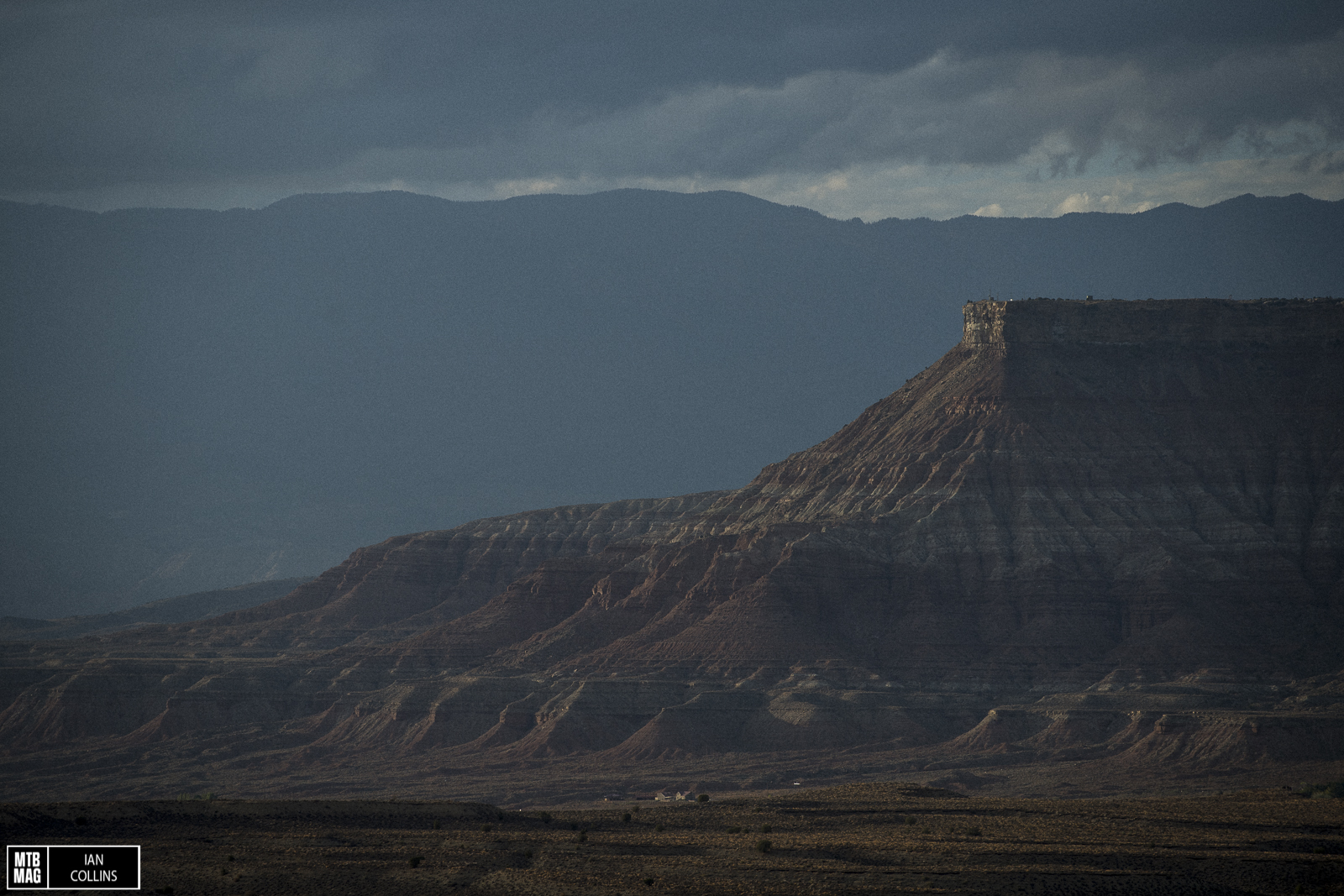 An iconic and familiar sight… 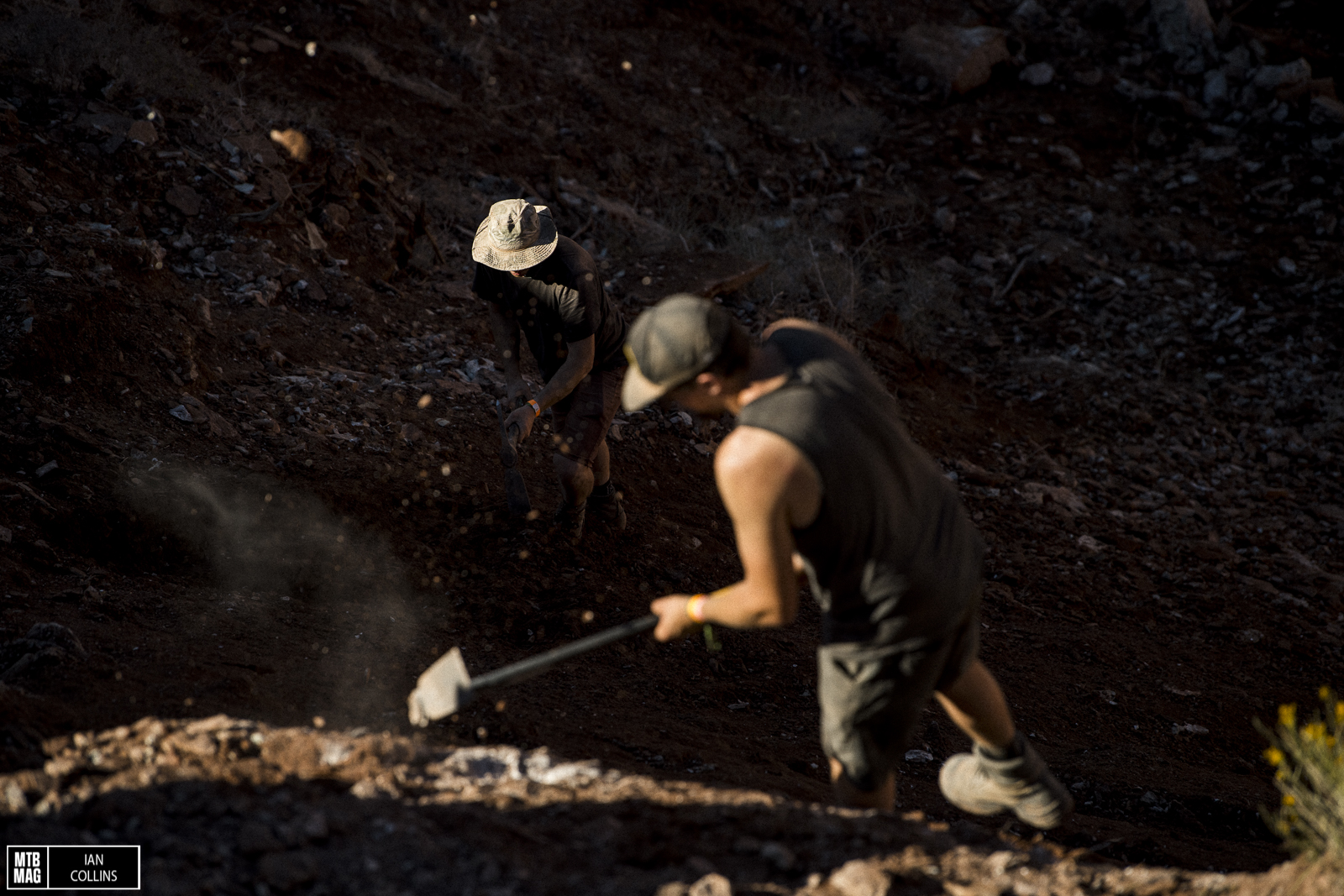 Semenuk’s crew – Intern and Wyper chipping away at the landing for an entirely new drop in his line. 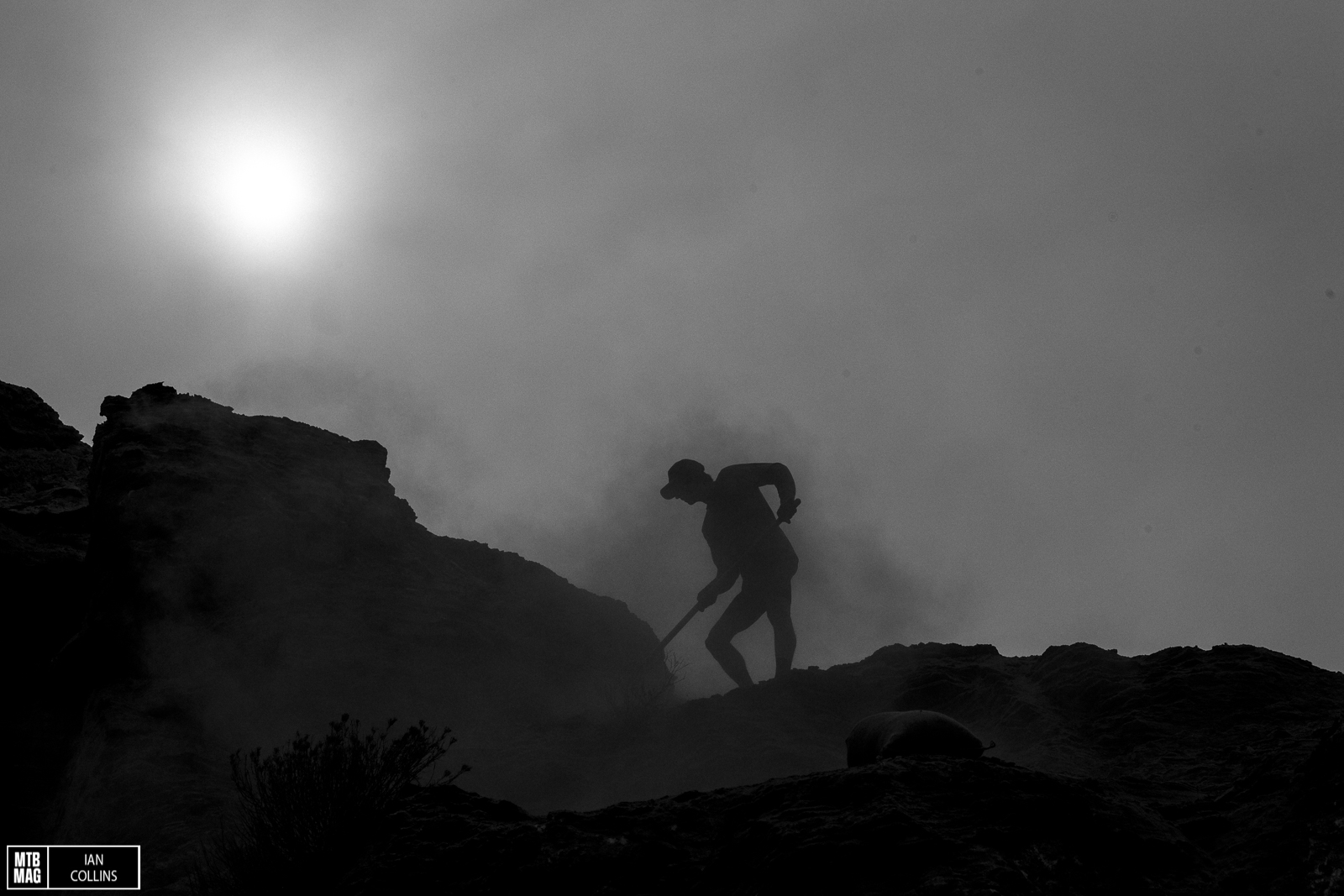 With Brandon deep in the dust priming the lip above. 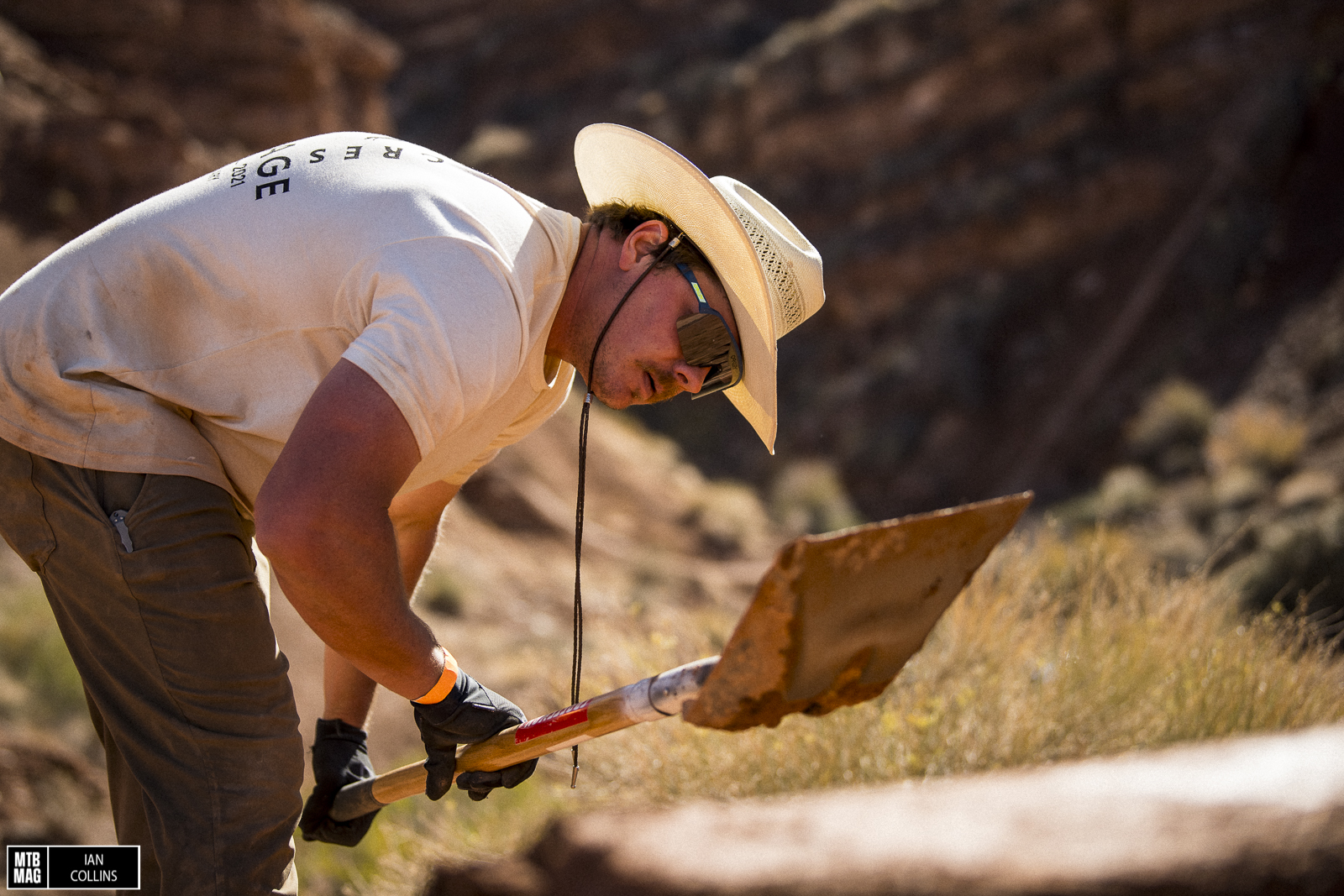 This is Kyle Strait’s 20th Rampage. Just think about that for a second. 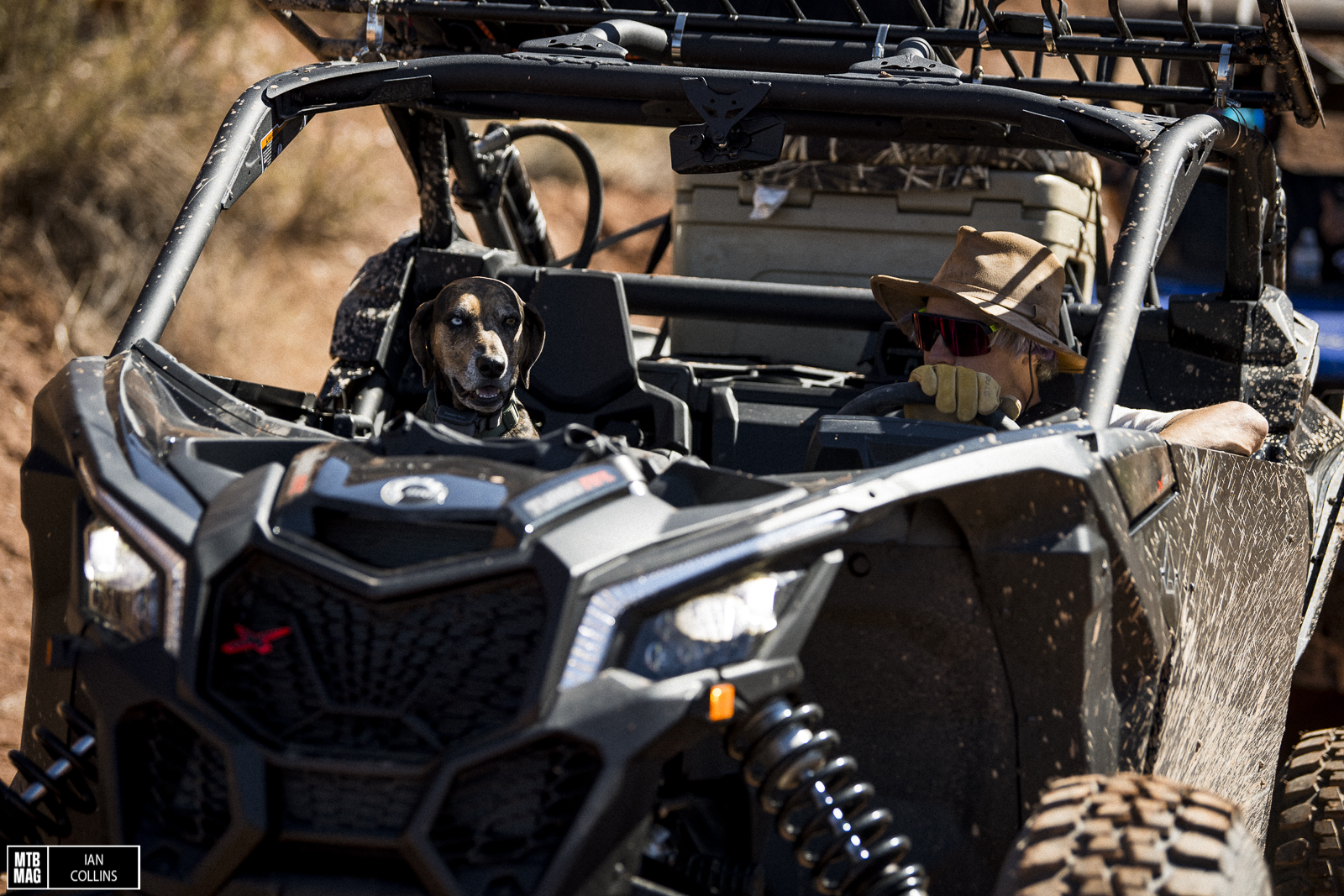 Kyle’s dog Bama with Mitch Ropelato as one half of his dig crew. 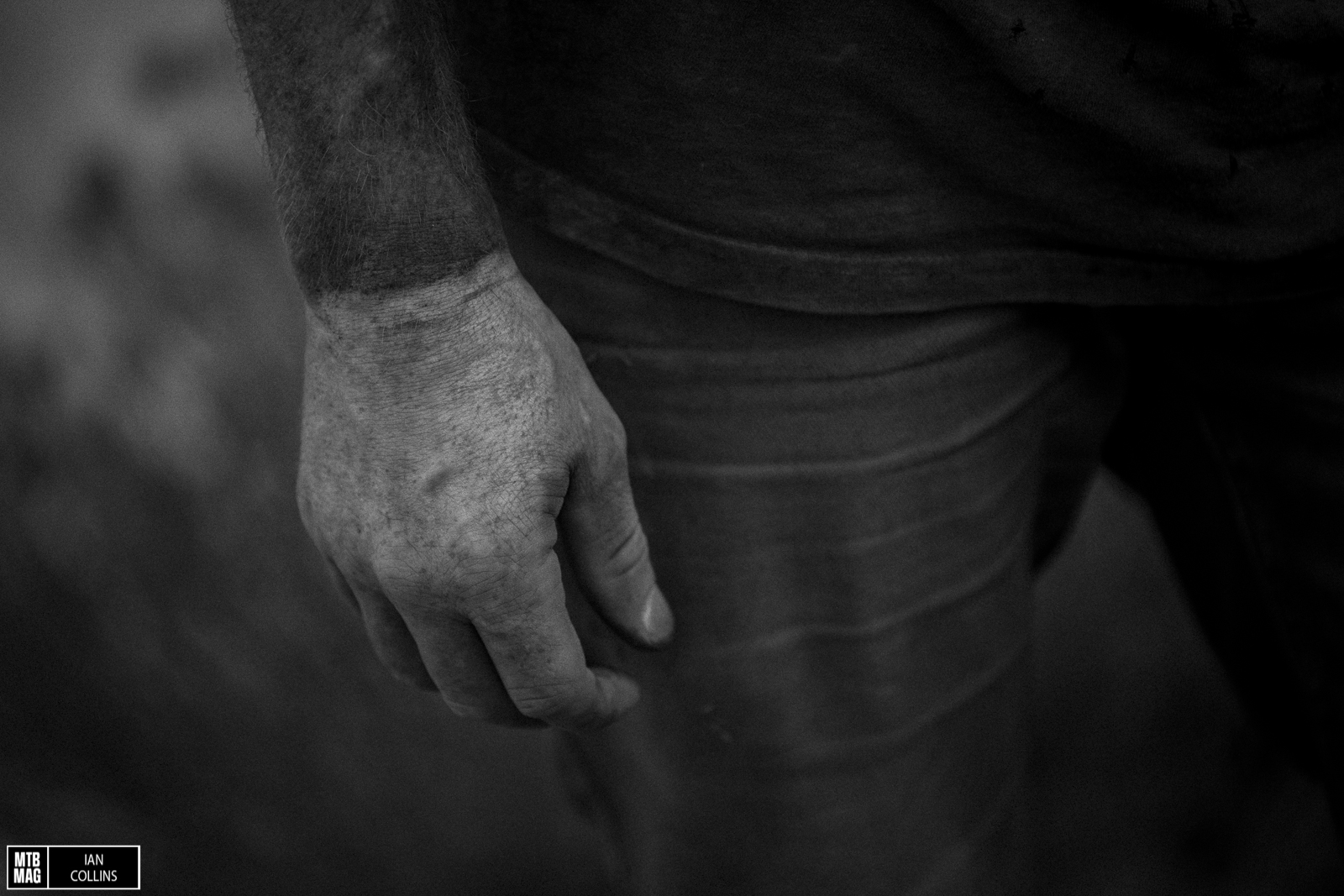 And then it finally rained quite a bit. The dirt was dry and so water was very much welcomed by quite literally everyone on the mountain. 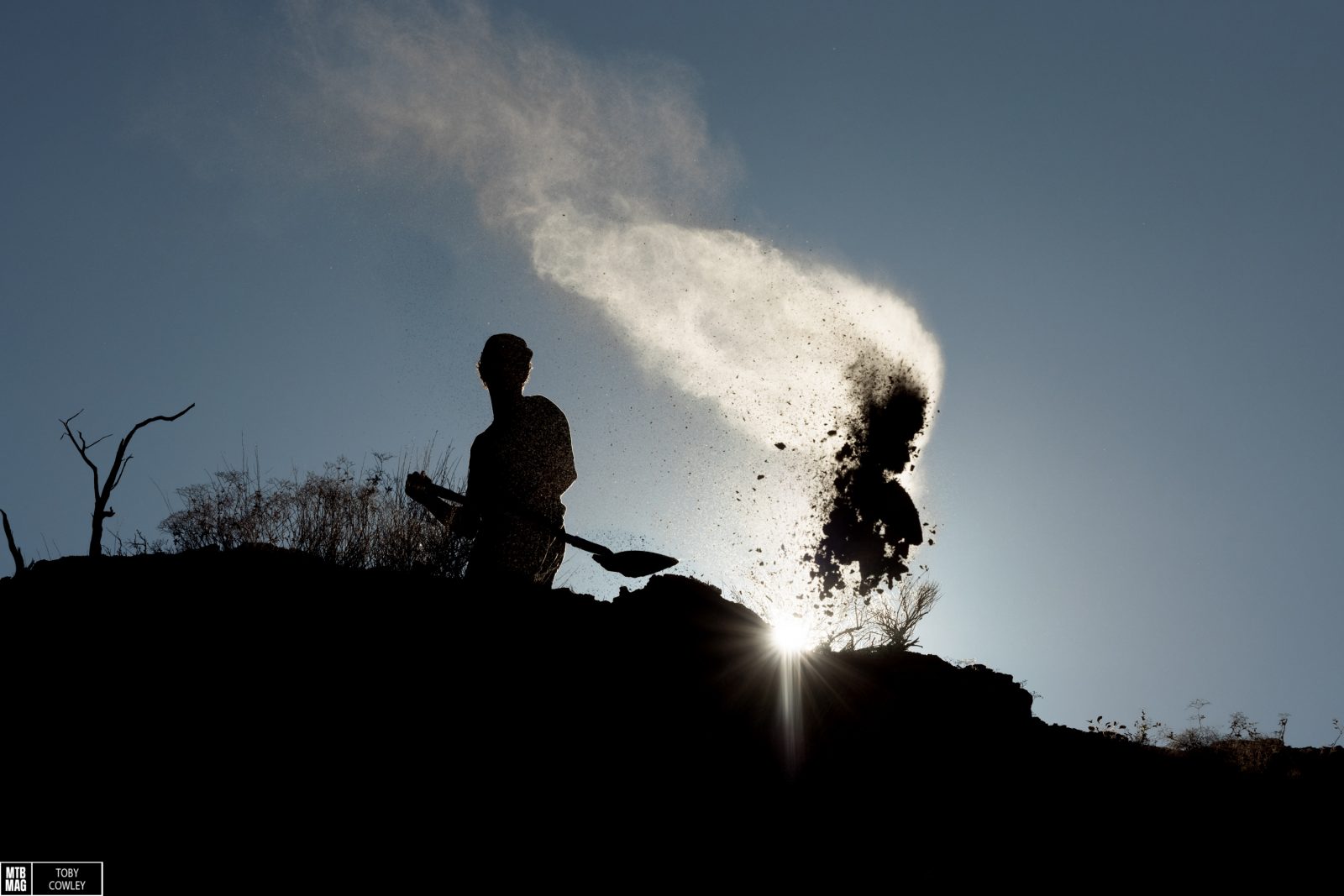 Vinny T cleaning up the lip for his big lower drop that he shares with Lacondeguy. 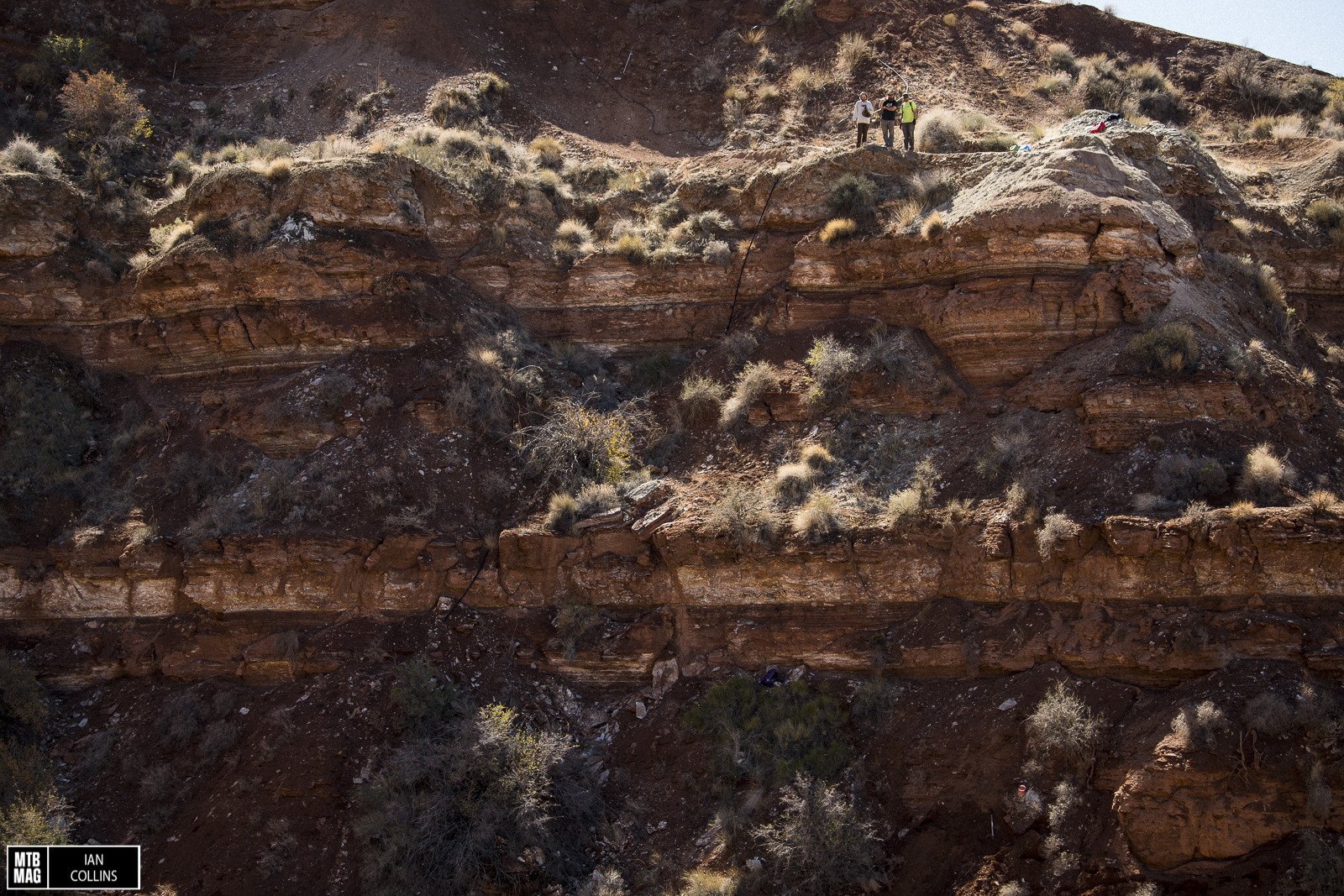 Unsurprisingly, Brage Vestavik is turning heads by going bigger than anyone on the hill. He will be taking off where he is standing and landing at the bottom of the photo, underneath the lower cliff band, near the shovel handle at the bottom right. WILD. Judging is a tough game, but Nico Vink is still all smiles. Pure art. Guess who has this lip in their line… First timer Jaxson Riddle has been doing a hell of a job on the tools. Considering most of his line is all new and threading through other lines, he’s done an amazing job on his features. The perks of being both hard working and local to the area. Tommy G and Carson Storch teeing up a drop leading into the trick jump in the finish corale. Wheels in the dirt. Tommy G with a nice little whip to kick things off. With much of the building done some more relaxing evening sessions have been going down. Backlit sunrises go off every morning. A nice casual flatspin from Brandon Semenuk first thing in the morning. …And another flatspin from local boy Ethan Nell. Today was quite windy, but that didn’t stop Kyle Strait from testing out one of the more protected portions of his run. Jaxson Riddle already getting wild, and shirtless at that. More rain is set to roll into the desert tonight. More from us tomorrow…