It was truly “cyclocross conditions” in Leogang, where usually at this time of the year you stand in front of the fireplace waiting for the winter season. Mud, wind, and plummeting temperatures due to weather arriving in the evening which should bring around a half meter of snow. The track is simple, with many steep climbs, which is why so many athletes have opted for hardtails.

France on the lead again! 🇫🇷 @jordansarrou breaks away with Vader 🇳🇱 just behind. We then have the @avancinimtb group +38sec back! #Leogang2020 pic.twitter.com/OPbqV7oDrC

The Frenchman Sarrou immediately put his cards on the table, leaving in a breakaway and collecting an advantage of over 1 minute by the end of the third lap. The pursuer, one who goes fast in the mud, was Flueckinger, hunted however by a small group which also included Luca Braidot and Carod.

The hunt is on!

Nino Schurter did not seem to be in his usual form, exiting a possibility for the podium almost immediately. 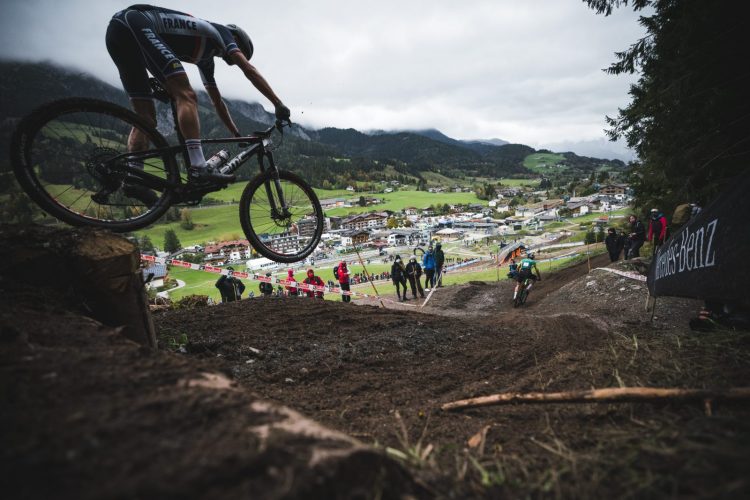 Sarrou was almost threw everything away 2 km from the finish … 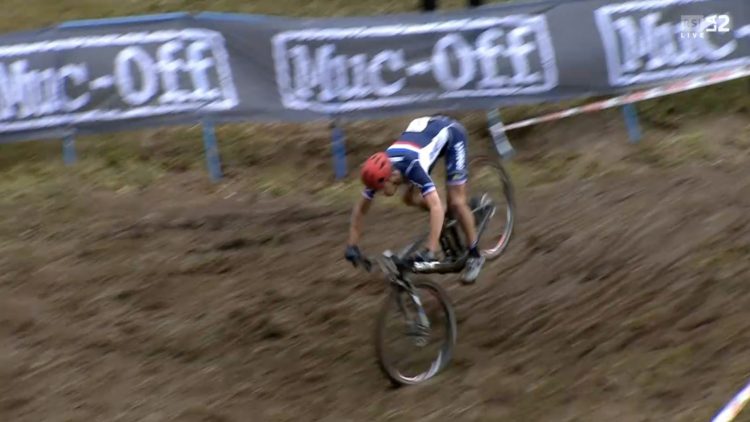 The finale therefore confirmed the great status of the French rider, with the rainbow jersey going to Sarrou’s shoulders, while in the battle between Flückiger and Carod for second place went to the Swiss racer, with his second consecutive silver. In the end it was a fourth place for Braidot and Schurter in ninth. 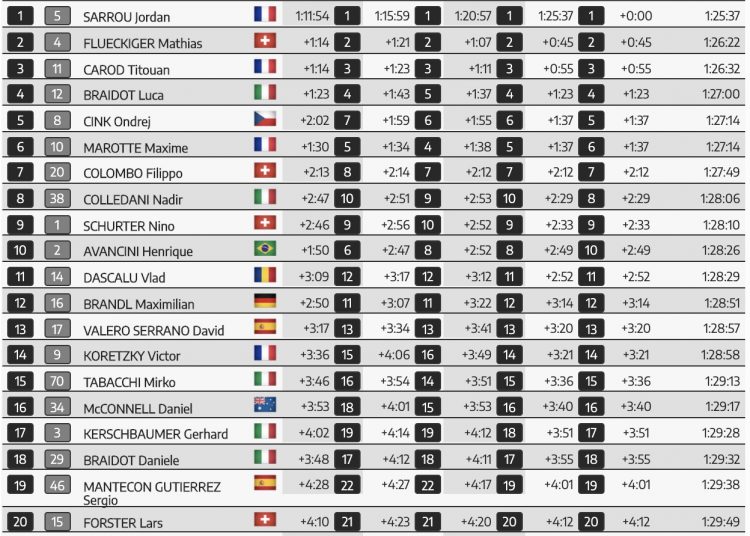 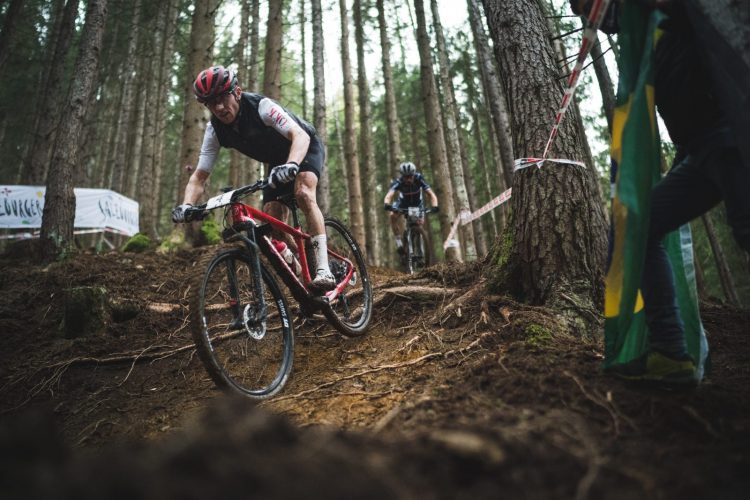 There was no story in the women’s race other than absolute domination by Ferrand Prevot, claiming her third world title after those of 2015 and 2019. 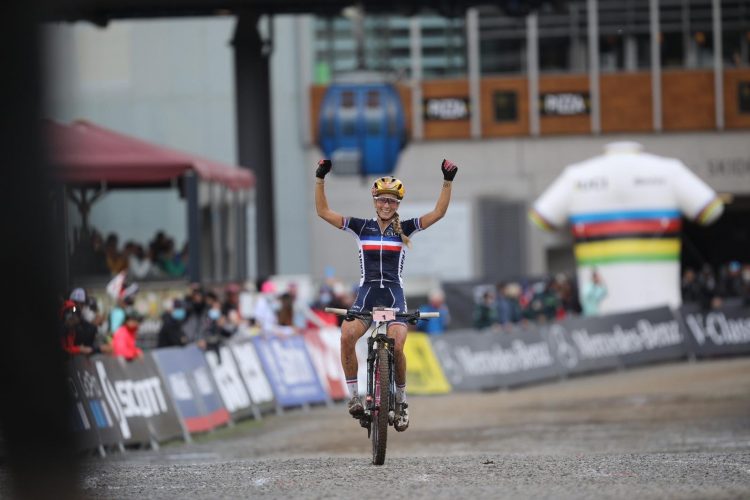 A great second place for the revived Eva Lechner, who beat the New Zealander McConnell in the sprint.

And it’s Lechner 🇮🇹 who nudges ahead of McConnell on the line #Leogang2020 pic.twitter.com/oTwCmr1rtF

Cross country returns next weekend with the Europeans at Monte Tamaro…