We come again to the results from our polls which closed at midnight on 12/31/2016, in which over 43,000 readers of MTB-MAG voted for their favorite bike amongst candidates chosen by our editors in four different disciplines…Here are the numbers for the Trail category. 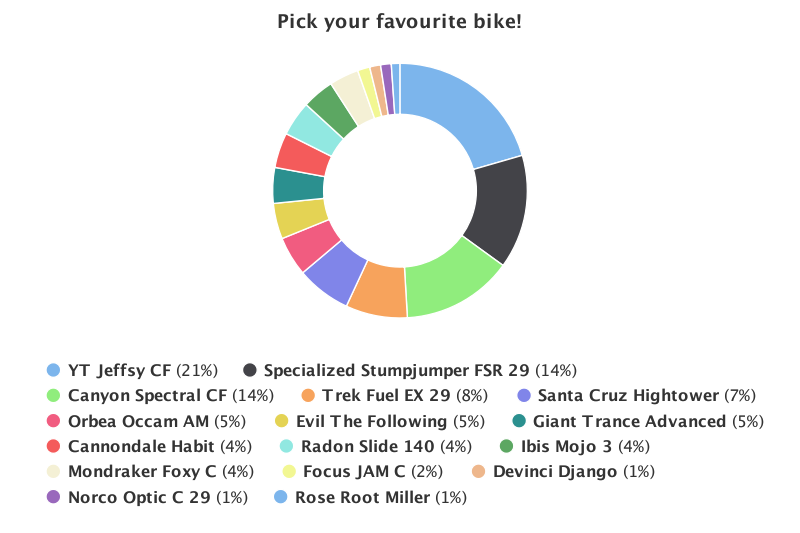 YT has not only dominated our Enduro poll, but also the Trail bike category with the Jeffsy CF as it received 21% of the total votes. Specialized managed to intrude on the direct selling brand with the Stumpjumper FSR 29 getting a solid 14% of the votes, thus confirming their niche in the trail bike segment. In a dead heat with Specialized we find the Canyon Spectral CF also at 14%. These 3 bikes earned themselves about half of the votes from the entire survey including about 16 candidates. The Trek Fuel EX 29 earned 8% of the votes and is positioned just in front of the Santa Cruz Hightower.  The Orbea Occam AM, Evil The Following and Giant Trance Advanced with 5% of the votes.