Mont-Sainte-Anne hosted the UCI DH World Championships for the third time out of a total of four World Championship events held in Canada in MTB history. The long and technical track of the Québec resort has completely dried up from the rain that poured during qualifying on Friday becoming completely dry and dusty, therefore particularly challenging considering the high speeds that are reached in many stretches of rough terrain. And it was speed that was the factor in Mont-Sainte-Anne, with the top riders who had to raise their limit really giving 110% in order to be competitive in this incredibly tight race.

In this growing spectacle of technique and speed, it was Loïc Bruni with the fastest run, winning his fourth world title, his third consecutive since 2017.

The French rider reconfirms himself as world champion thanks to an impeccable, aggressive and clean run, the result of a truly admirable technical ability and fitness. 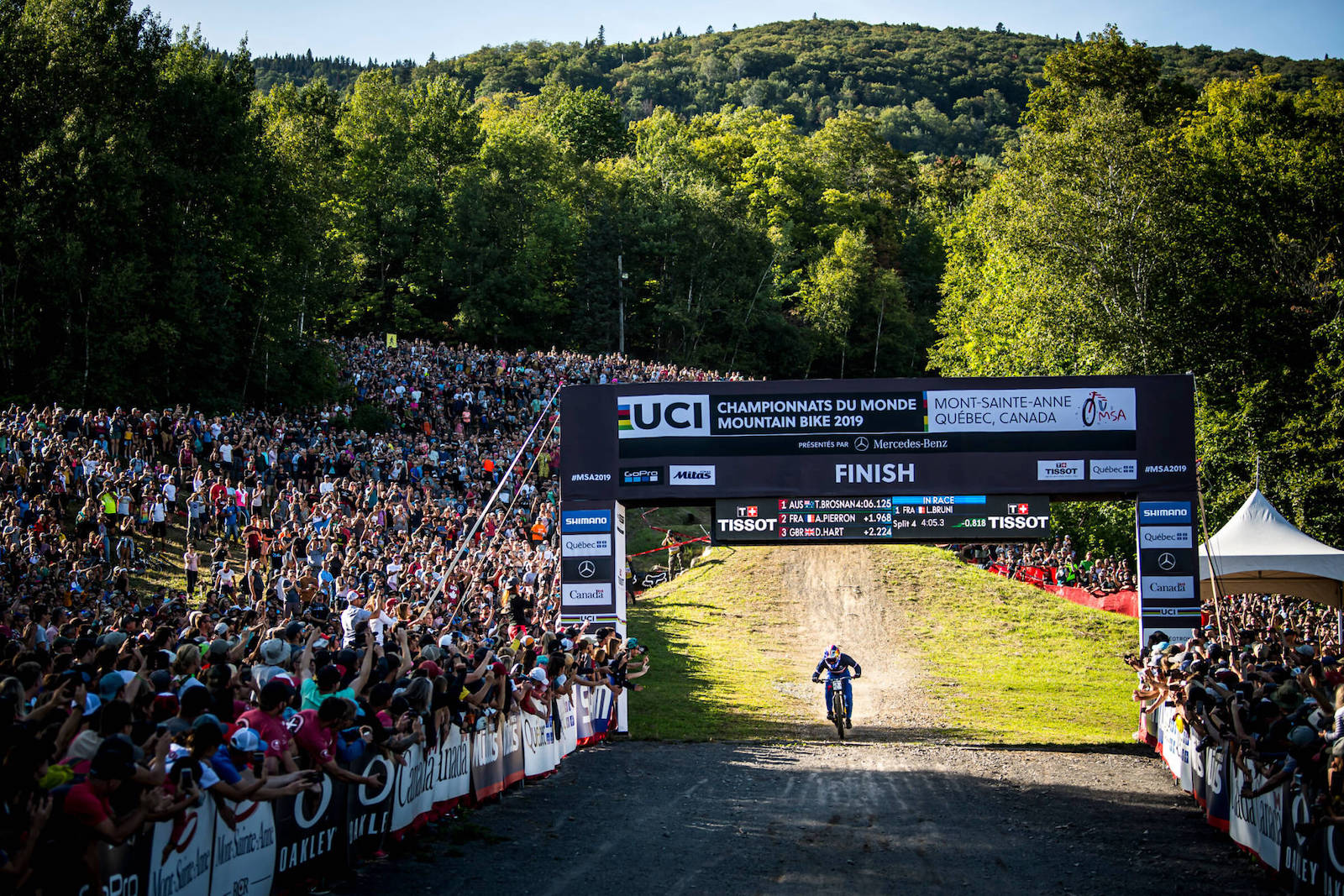 Silver medal for Troy Brosnan who has had a heck of a season occupying the lower steps of the podium, and bordered so close to victory in the most important event of the year. 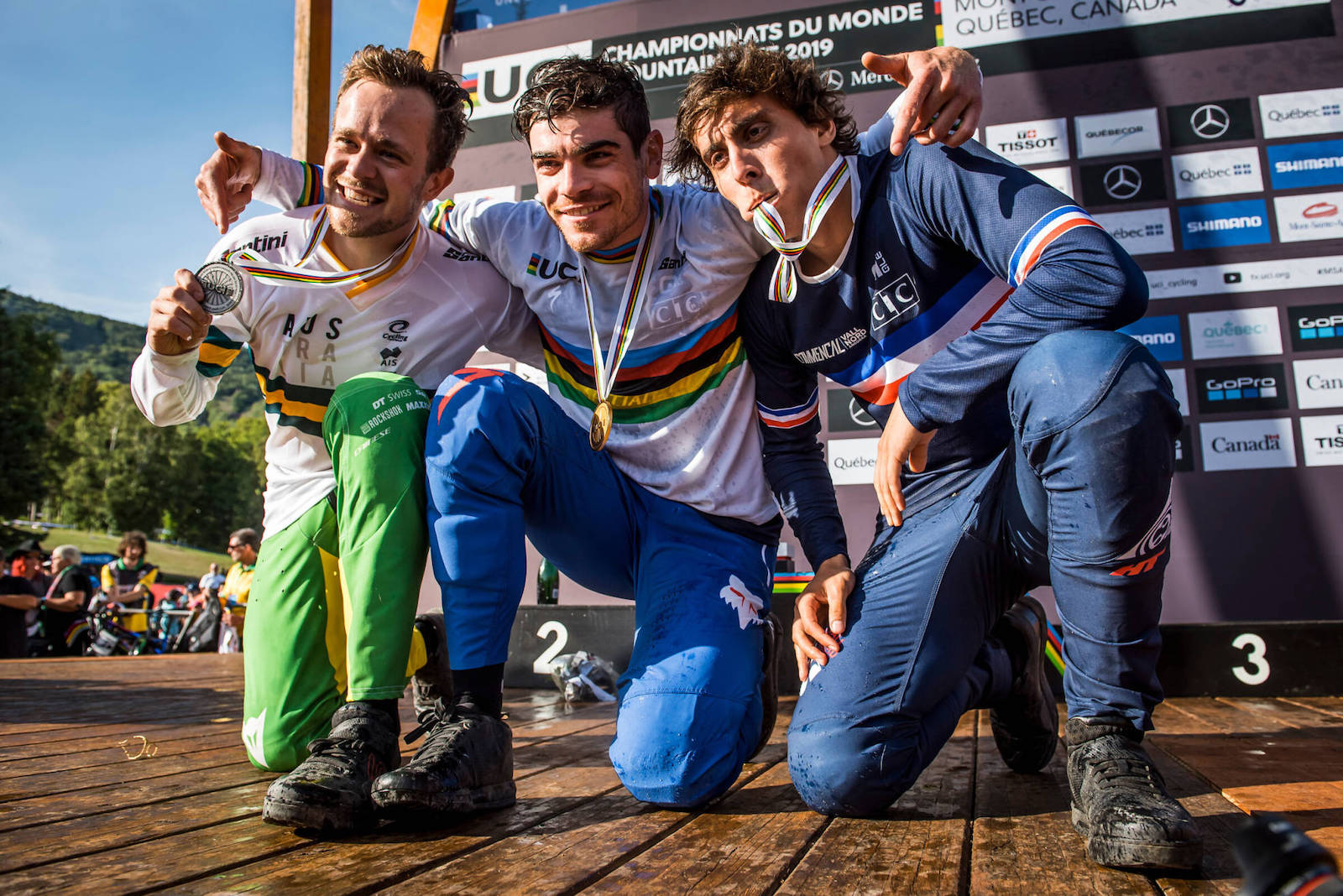 The Australian was so close to victory with an aggressive and spectacular run that he built section by section, with a style and a stubbornness reminiscent of his mentor Sam Hill in the golden years of downhill. 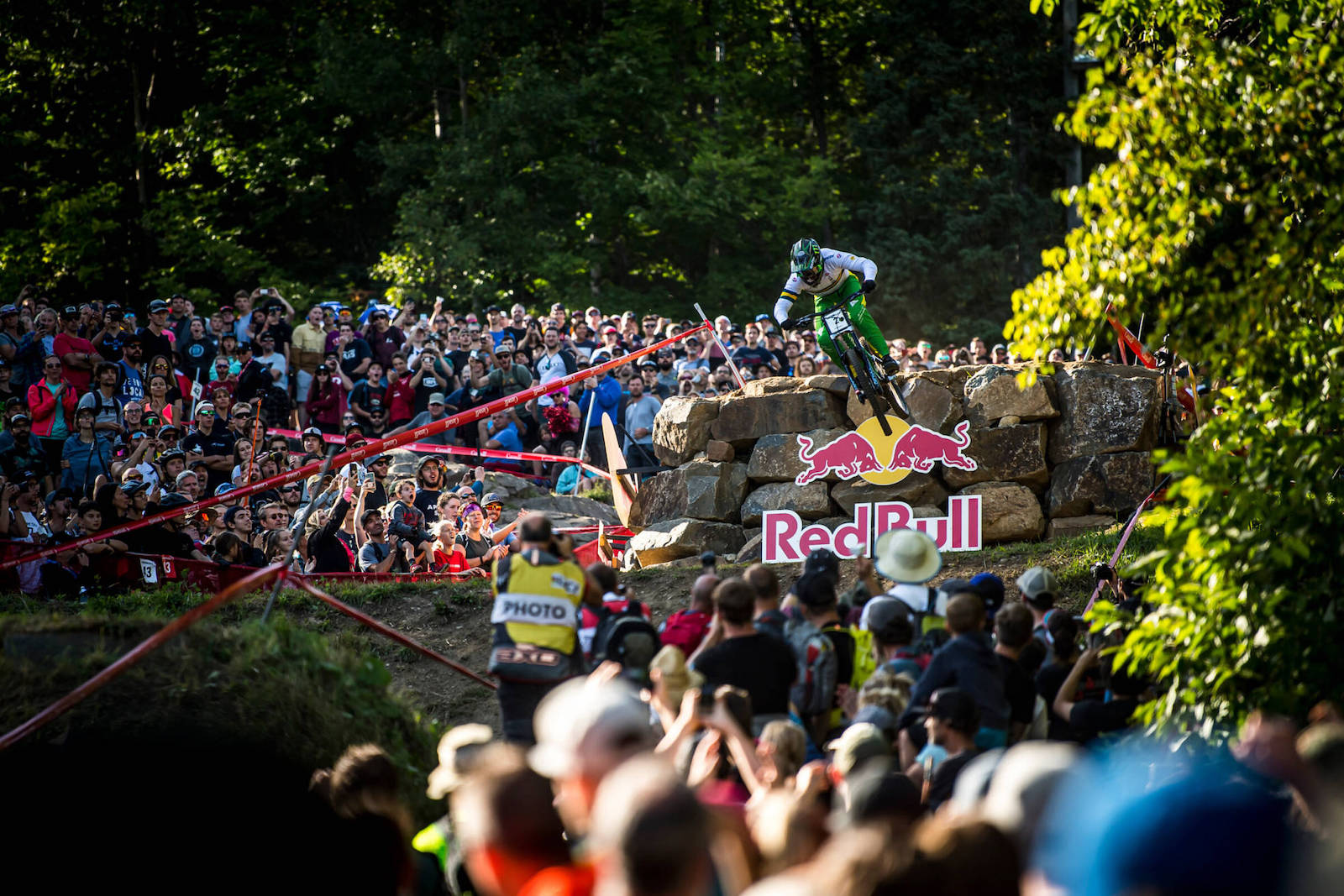 Amaury Pierron couldn’t hide his disappointment for third place but the young Frenchman can be happy with the bronze medal for which he gave it his best, in a truly epic challenge. 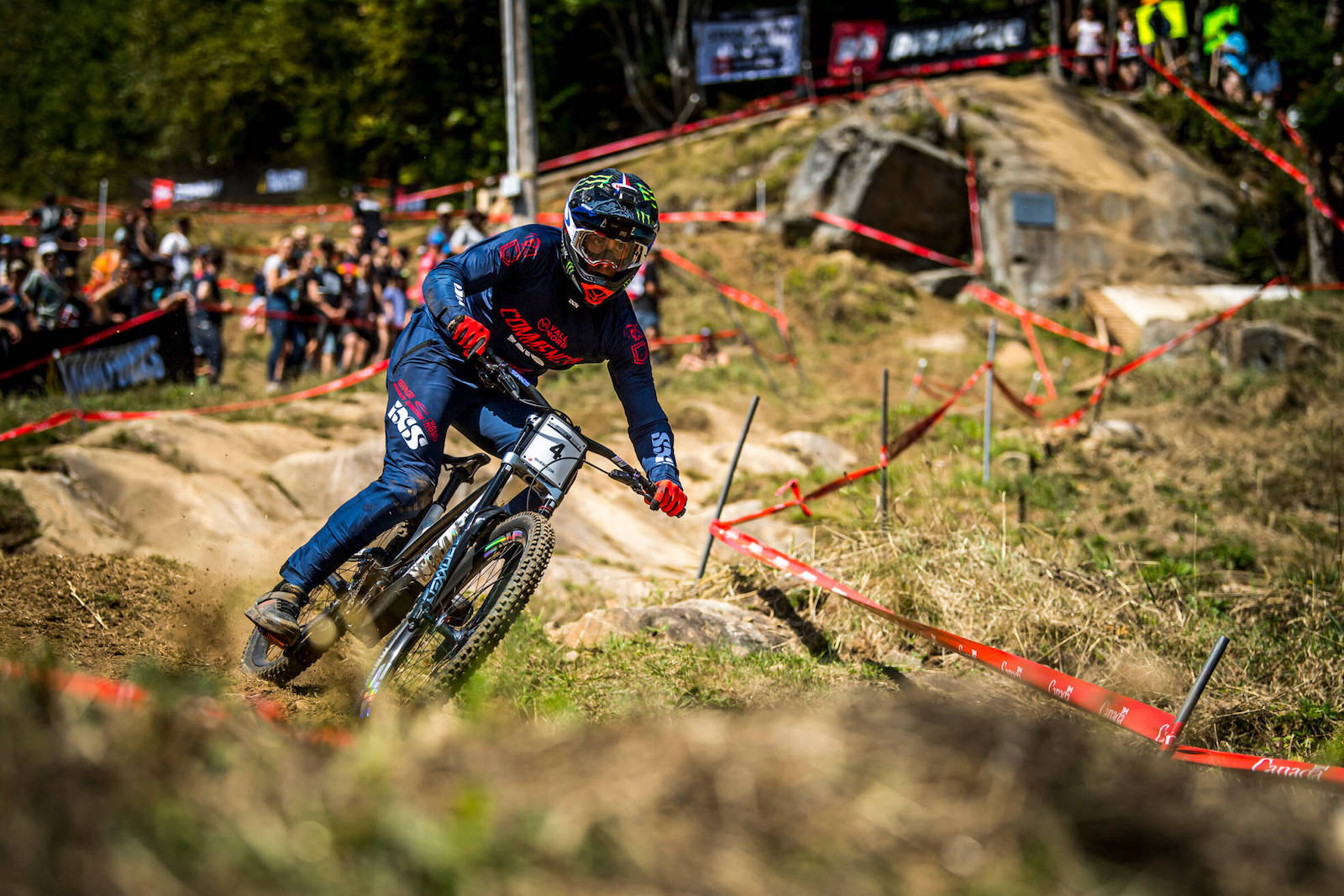 Danny Hart has shown that when he is really fit, he is able to amaze the crowd even on dust and not just mud. Fifth place went to Greg Minnaar who was the first to significantly raise the level of the race, at the age of 37, he is still incredibly competitive in search of his fourth title.

The fastest American was Dakotah Norton, coming into a very impressive 8th place, followed by Luca Shaw in 10th and Aaron Gwin in 12th.

Myriam Nicole donned the rainbow jersey after her return to the brutal MSA track after having been absent all season due to a serious injury. 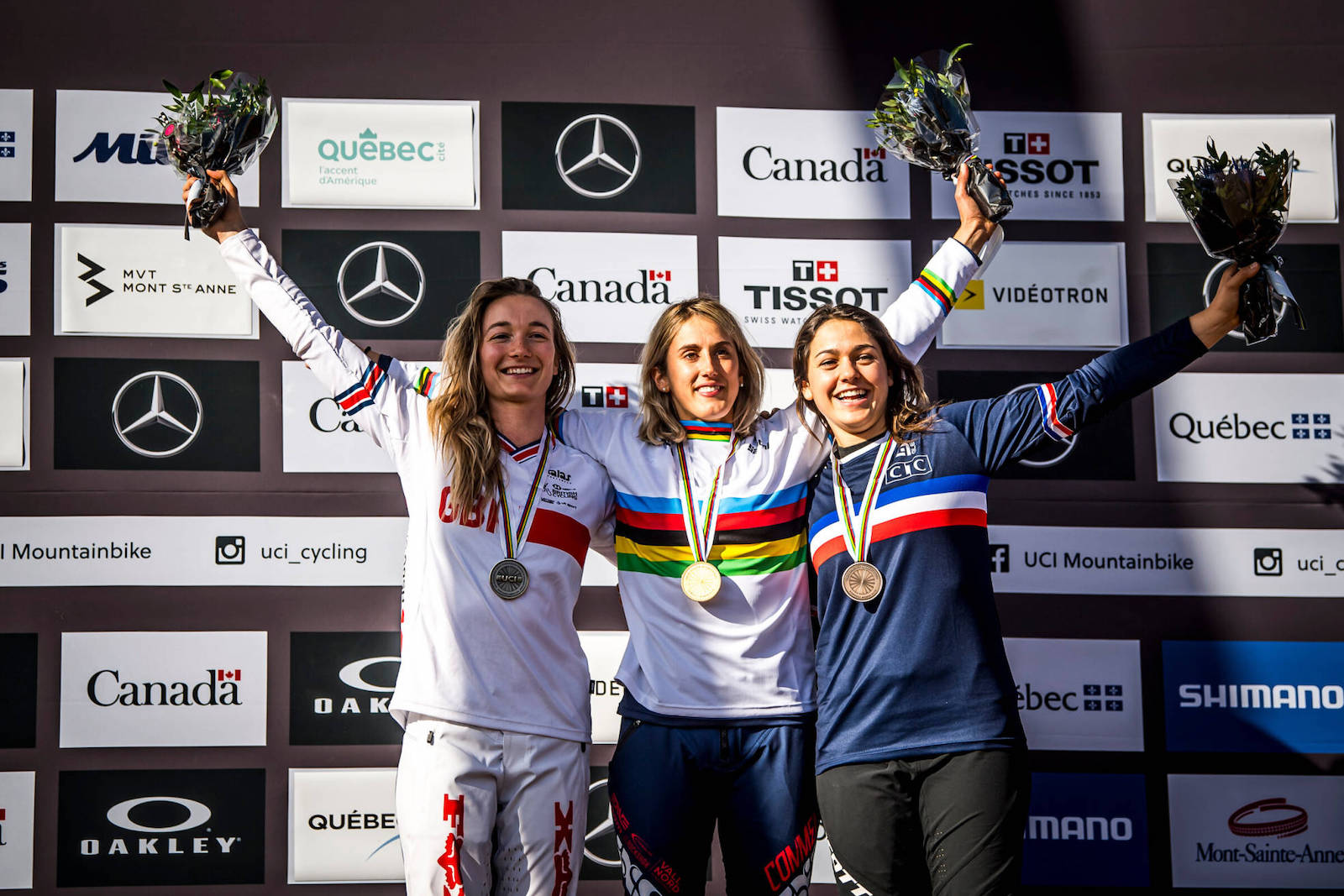 The long wait has rewarded “Pompon” with the victory of the title thanks to a run with clear, constant progression where the French athlete managed playing her cards with constancy and determination, and without making mistakes. 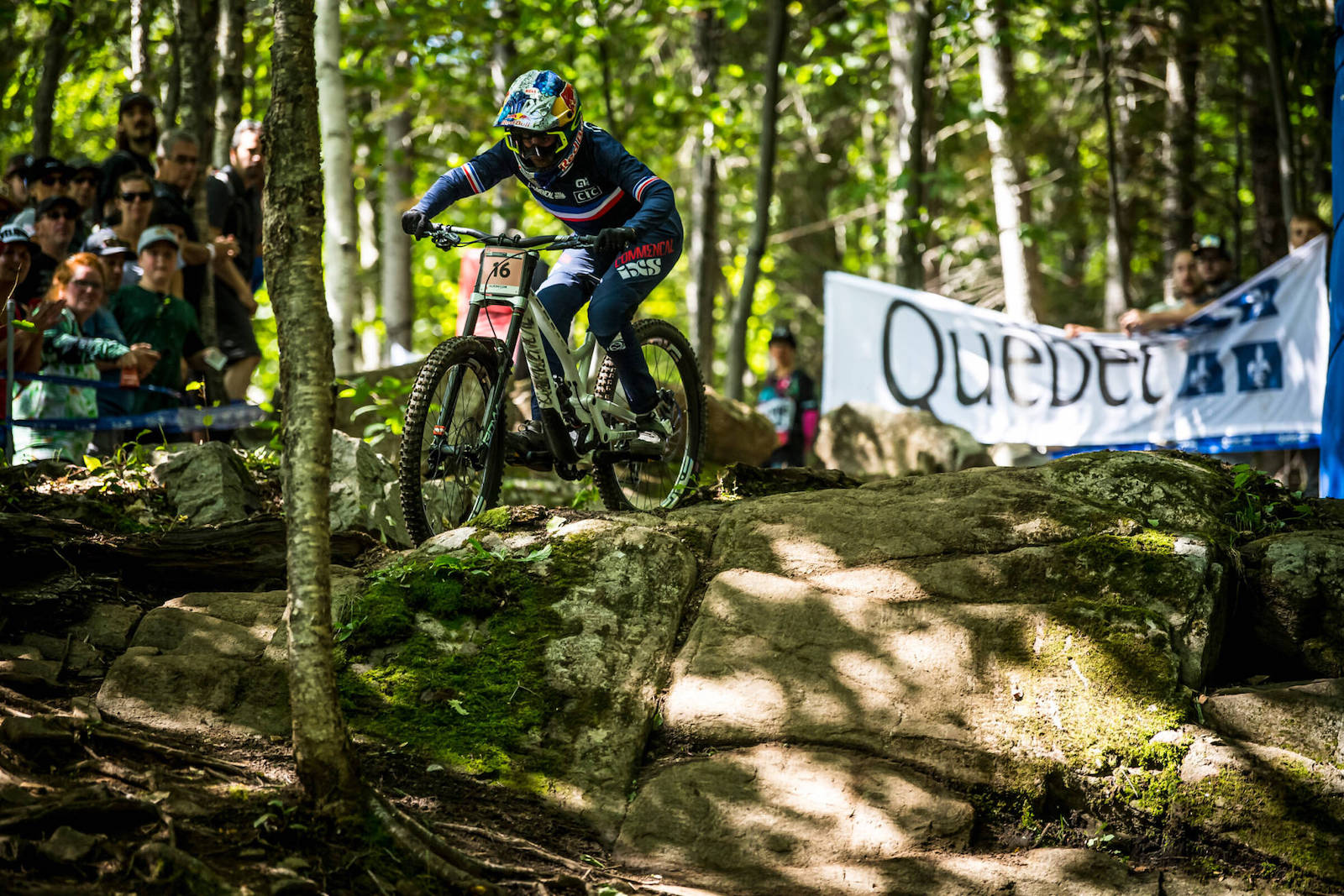 Silver medal for another athlete who returned to racing here in Mont-Sainte-Anne after a long absence due to injury, the British Tahnée Seagrave, put down a solid run, yet far from the performances she put in during the season, before her injury. 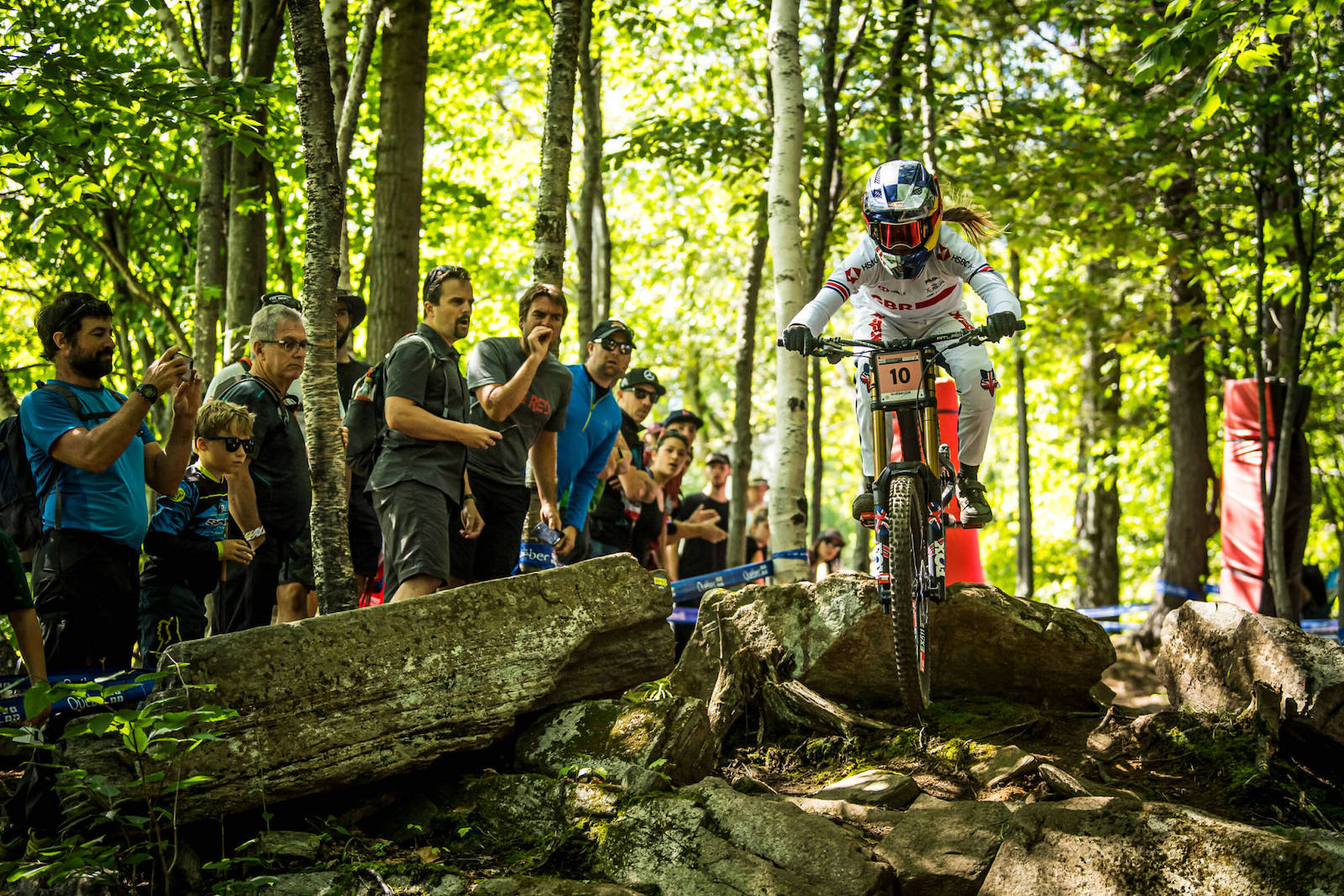 The bronze medal went to Marine Cabirou, confirming her growth this season, finishing 1 second and 7 tenths behind Myriam. 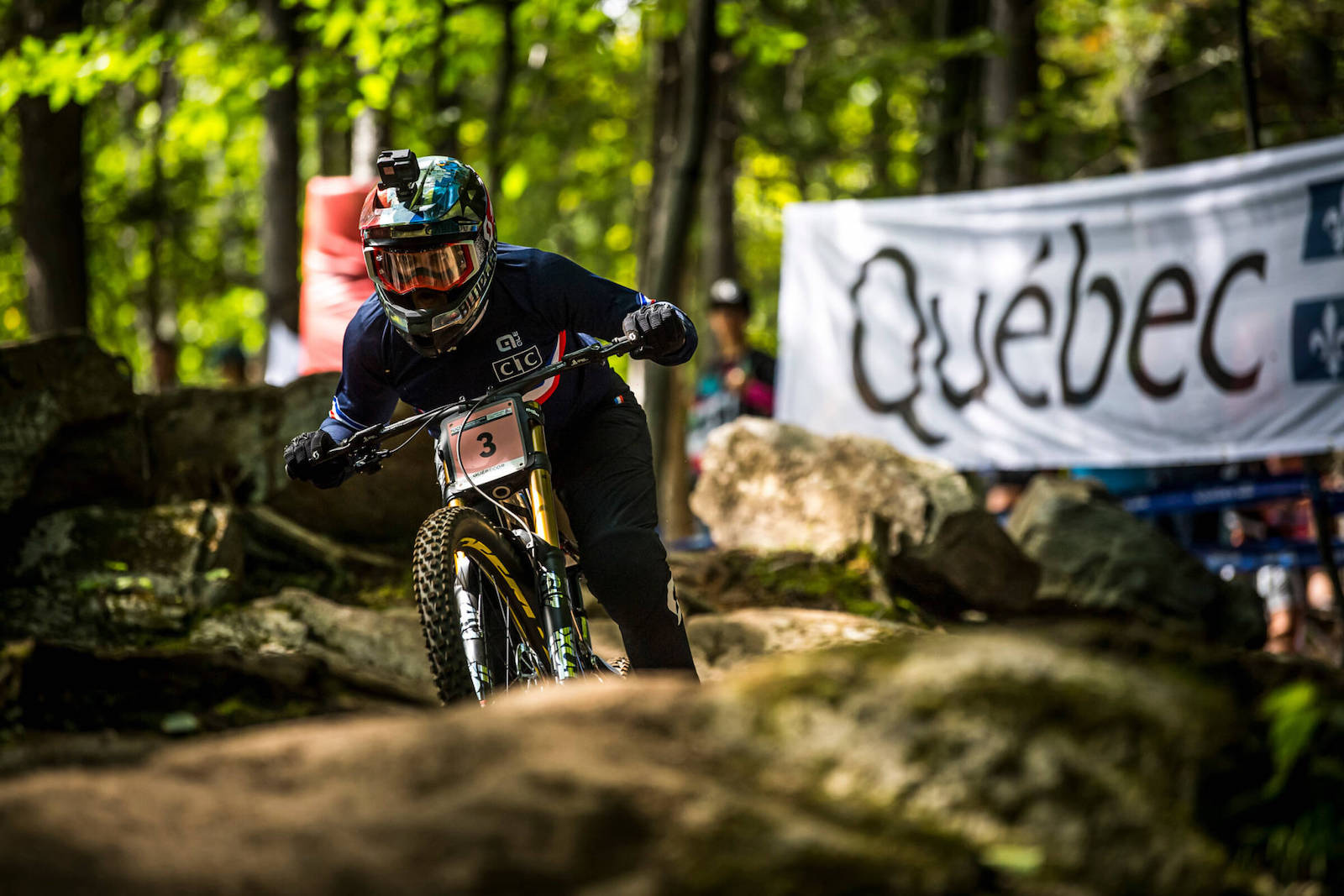 Tracey Hannah started well but suffered a drop in the second half of the long Canadian track, closing out in fourth position, visibly disappointed.

The 2019 junior world champion is Australian Kye A’Hern who won the rainbow jersey with over a second of time ahead of Friday’s qualifying winner, Frenchman Antoine Vidal. Bronze medal for the Kiwi Tuhoto-Ariki Pene. The Frenchman Thibaut Daprela, ruler of the World Cup season and favorite for the title, failed to do better than the fifth position on the long, demanding track in Mont-Sainte-Anne.

Few surprises in the Junior women’s category where the favorite Valentina Höll has not disappointed the expectations by winning the rainbow jersey almost 13 seconds ahead of the Norwegian Mille Johnset. Third place for Anna Newkirk.

Loïc Bruni out of Fort William with Broken Collarbone

Back to the Future – Onza Revives the Porcupine