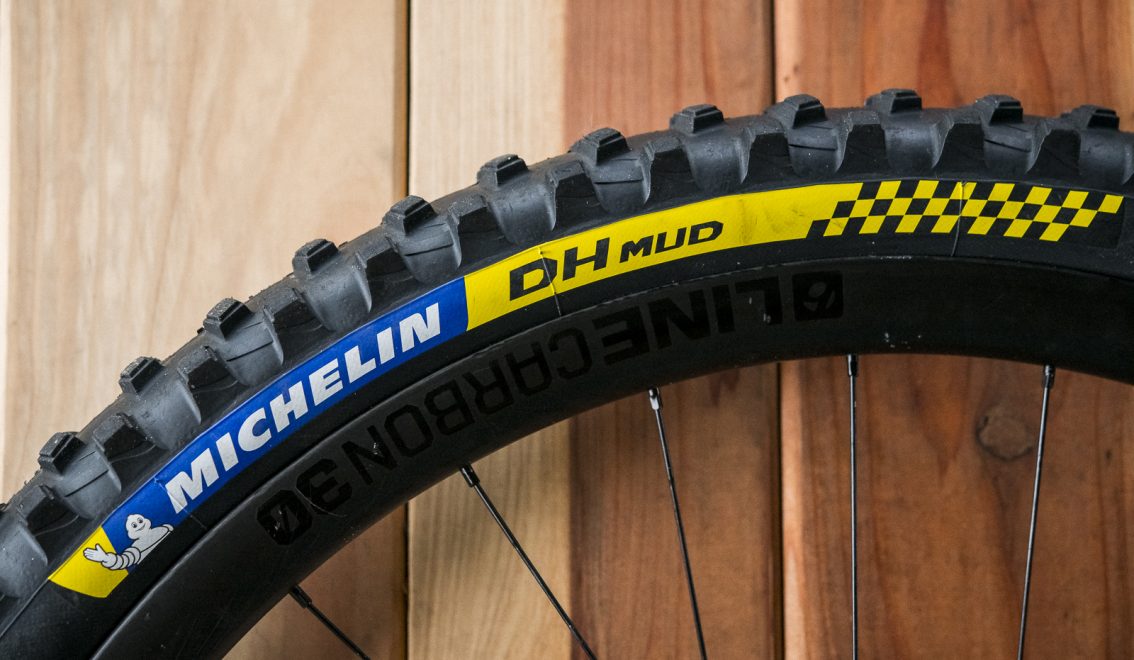 When Michelin re-entered the high performance mountain bike tire scene they came back well prepared to deal with the new wheel sizes and pick up where they left off as a mainstay high performance brand. Their line of three downhill rated tires cover loose to mixed conditions (DH22) hardpack (DH34) and mud, with the DH Mud tire we’re reviewing here today. All three tires come in at a 2.4″ width and are available in 27.5″ and 29″ with the DH34 also being available in 26″ by the way. Anyhow, this Winter I’ve been spending quite a bit of time aboard the DH Mud in muddy and snowy conditions on both my e-bike as well as my fully human powered mountain bike. Here’s how it’s been working out… 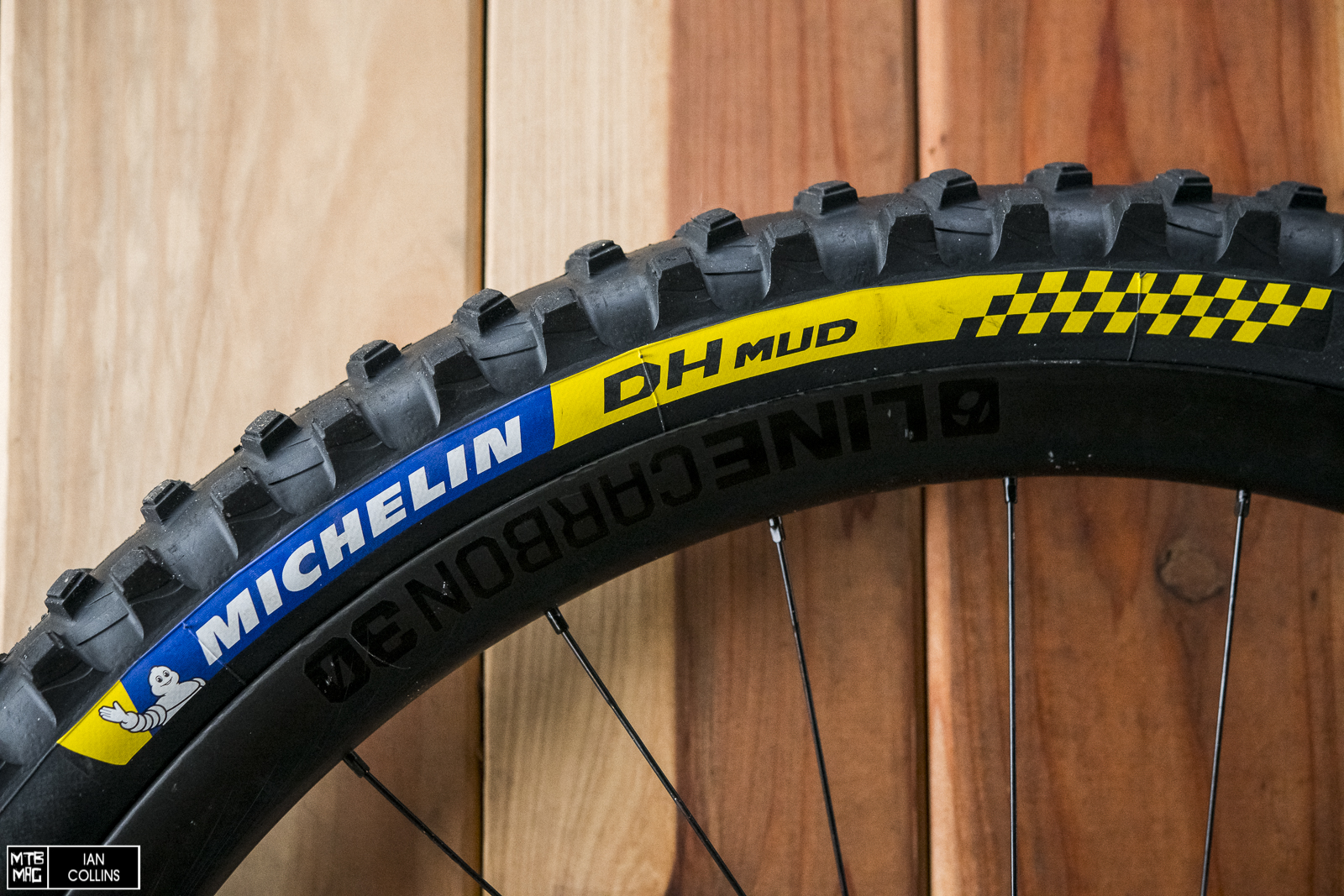 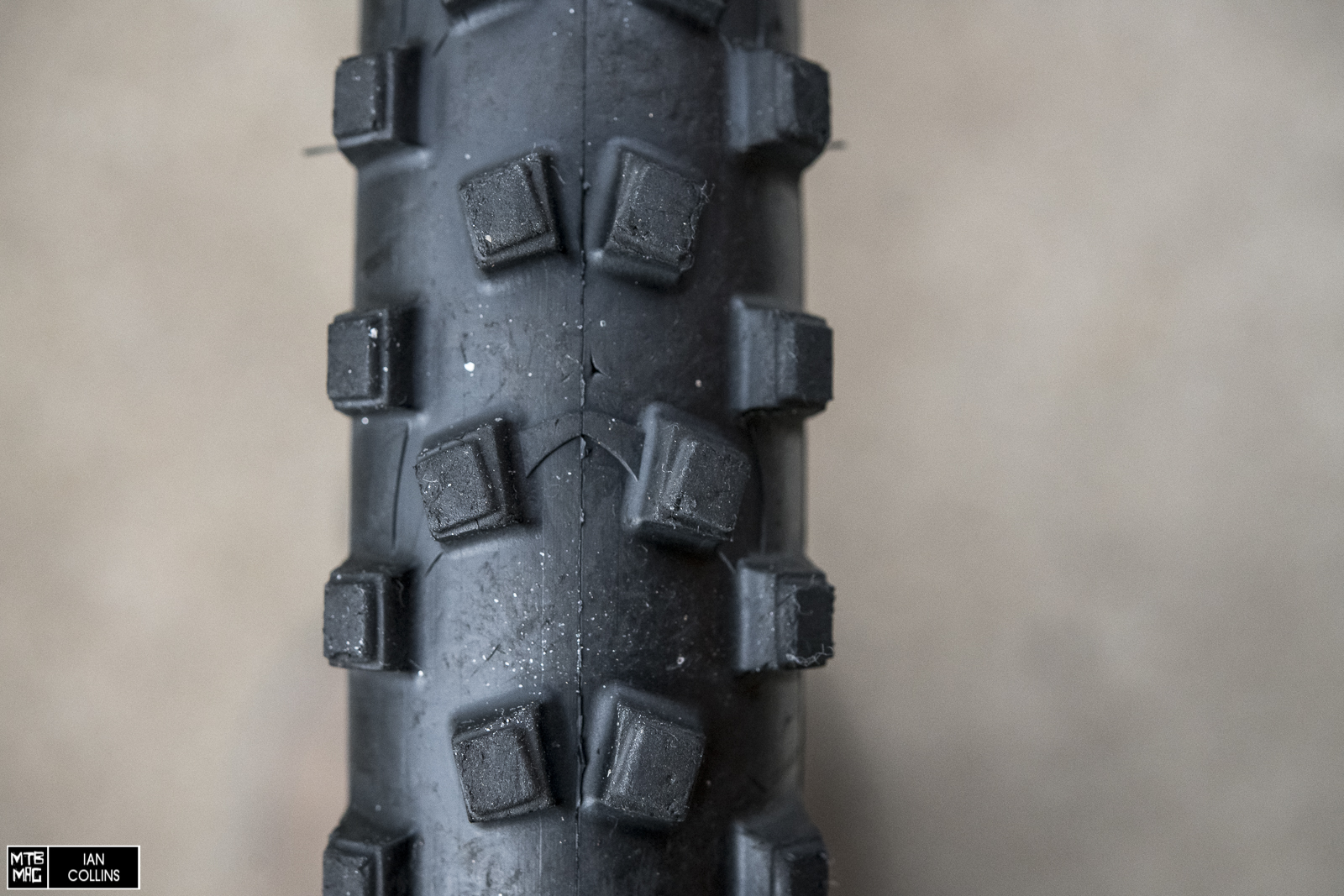 It should come as no surprise that the DH Mud’s knobs are few and far between – literally. There is a rather low knob count and they are very nicely spread out to help clear mud and bite further into firm terrain to find grip. Every other pair of center knobs have a wide and narrow gap between them. 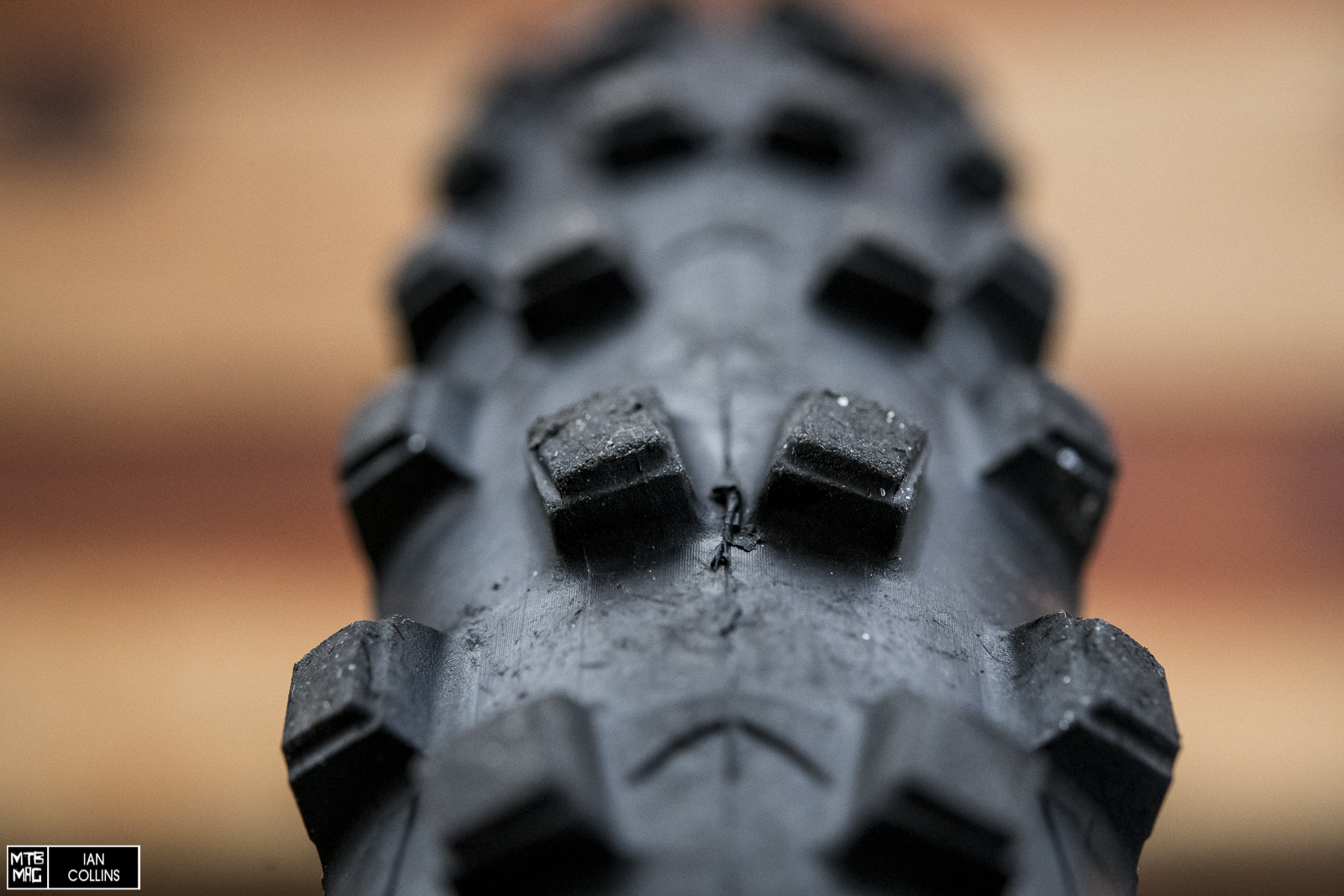 At the top of every knob on both the corners and in the center is a smaller drawn down section which takes the same shape of the knob it sits atop. With this approach, rather than a more tapered shape, the knobs increase bite while reducing squirm and improving rolling resistance. Ideally this makes them calmer on firm terrain than many other spiked mud tires out there. 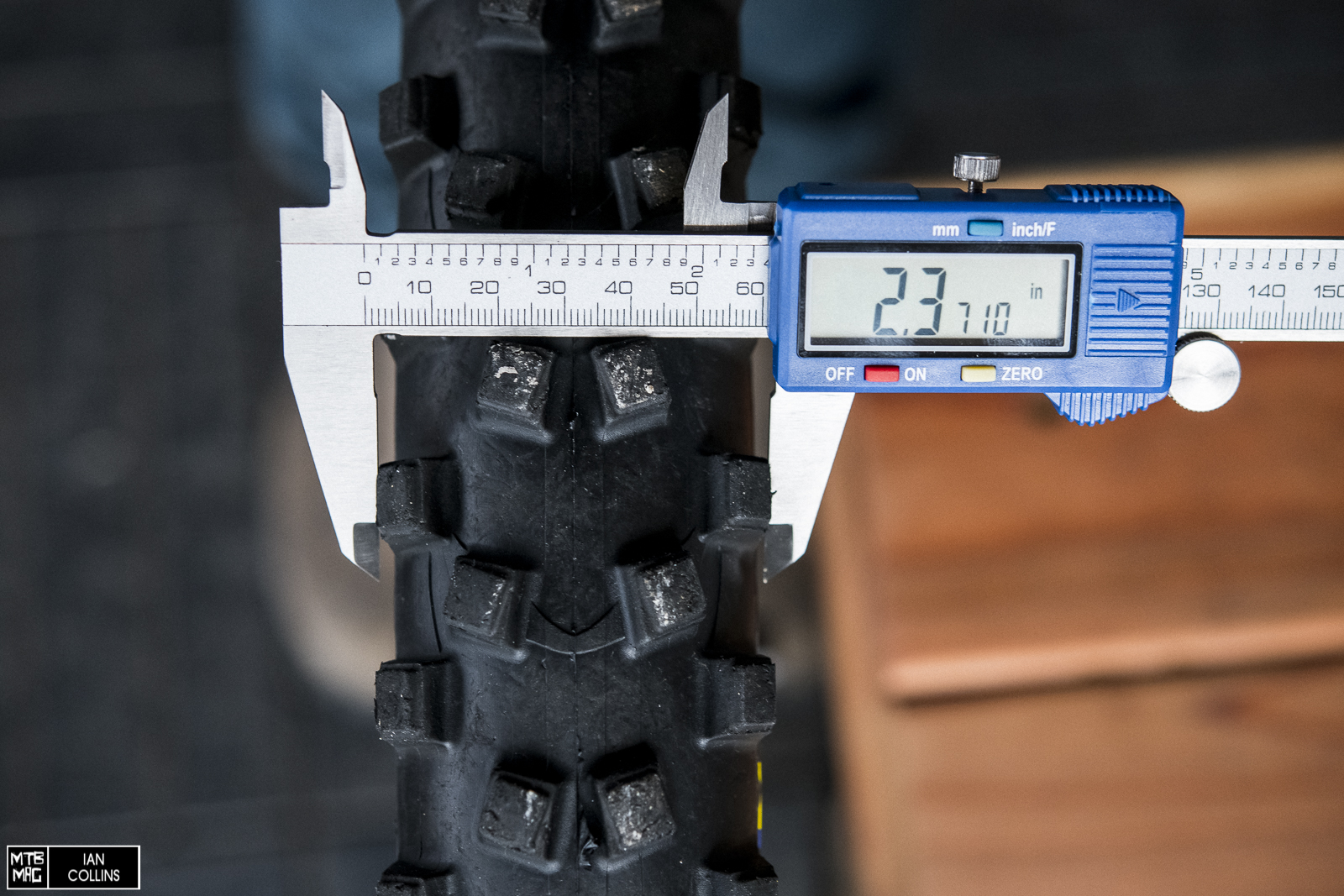 Mud tires are typically narrower and lower in volume than their counterparts which are aimed at every day terrain. Like the tall knobs, a smaller width and volume helps them cut through soft mud and bite in. The DH Muds came in just shy of 2.4″. Compared to its counterparts – the DH22 and DH34 – the carcass itself was of a lower height and overall volume, which is standard fare for a mud tire. 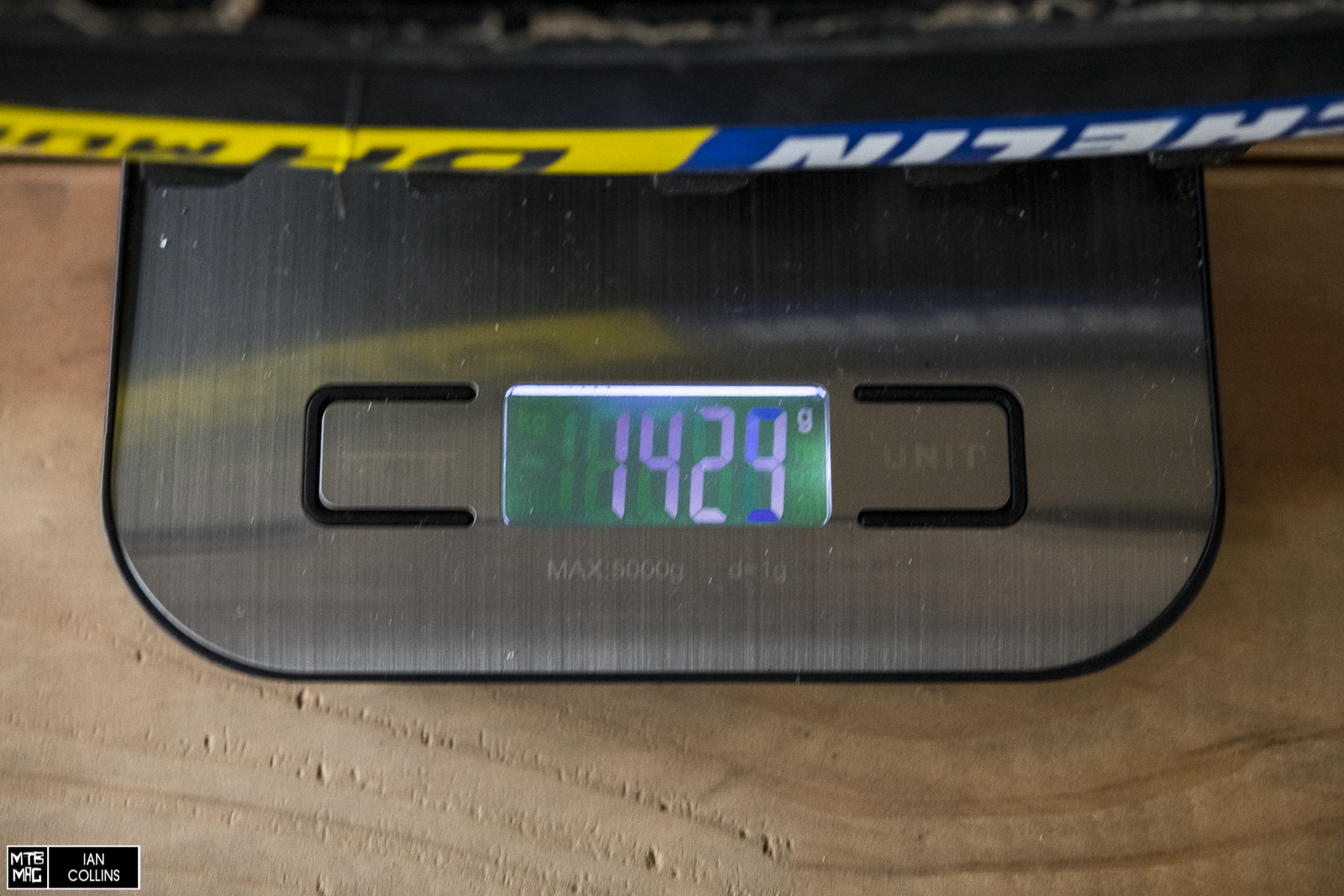 At 1,424 grams, the DH Muds are no lightweight, but for a wire bead (read: non foldable) downhill rated 4-ply tire, they are right in the range of what one would expect.

As the weather began to sour on us here in the Idaho Panhandle I found myself in search of more and more traction, which presented the perfect opportunity to put the Michelin DH Muds to the test. After all – our summers are dry and I don’t race downhill very much these days, so the opportunity for spending time on grassy / muddy hills during the on-season is few and far between. I’ve mainly been riding the DH Mud’s on my Trek Rail and on my Transition Sentinel. The former let me pack in laps with loads of descending time purely due to the e-bike’s efficiency, while the latter gave me opportunities to see how they fared in terms of rolling resistance on the climbs – although I’m not sure my legs would agree it was an “opportunity” to grind uphill with gravity rated mud tires. Anyhow, beginning with the climbing I actually was surprised at how the DH Muds rolled along. In recent years I’ve tested the Schwalbe Dirty Dan tires and in comparison, these offer better rolling resistance although neither tire prioritizes making your ascents more pleasant. 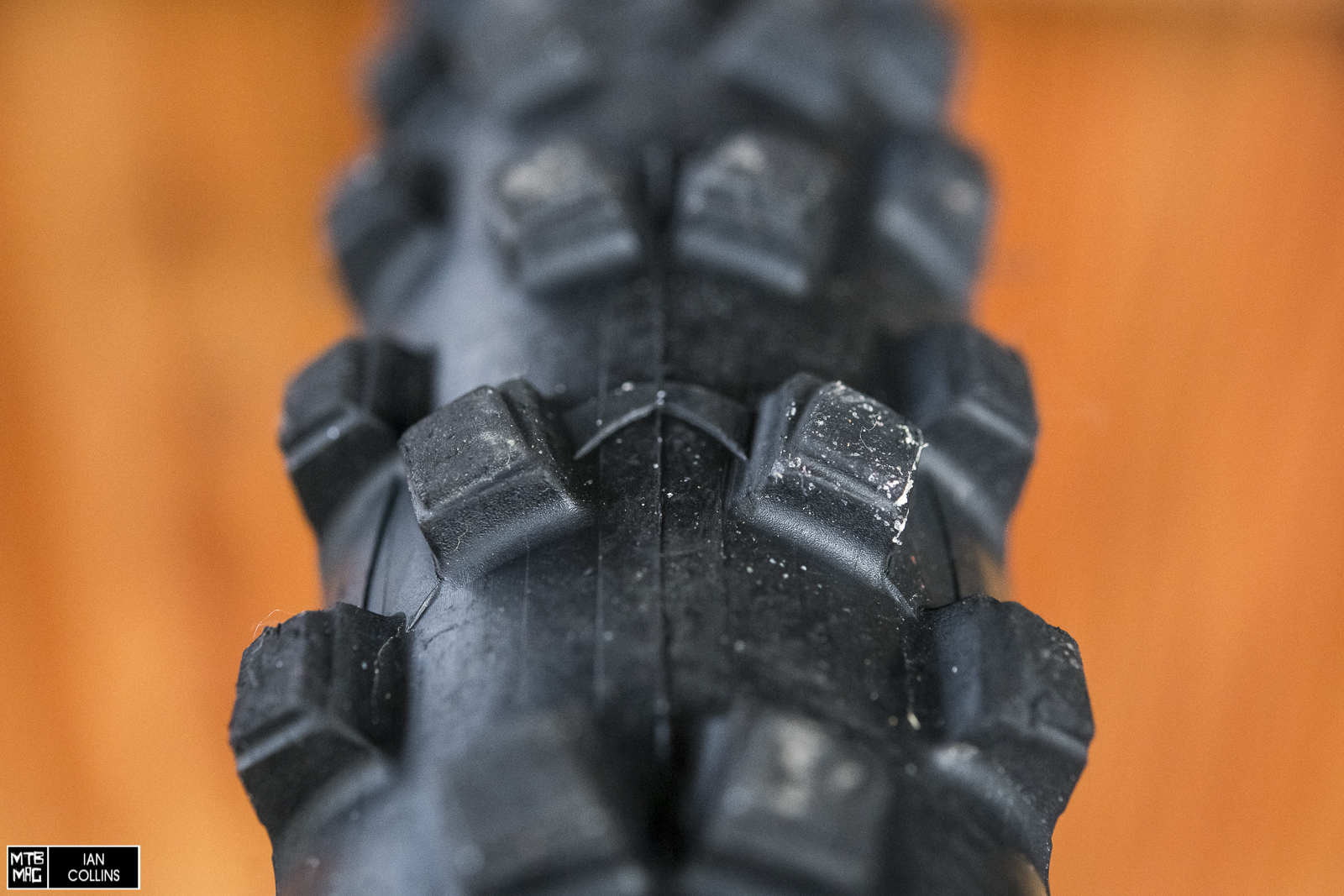 Once I got into the descents I was impressed with how well these tires found traction in the scarcest of places. Peanut butter mud, off cambers and sections of trail where water is flowing right down the mainline ruts were all handled brilliantly. With the exception of the absolute worst of the worst types of muck at lower speeds, these tires shed mud extremely well and maintained traction. One thing that stood out to me very early was that compared to most mud tires I’ve used over the years these Michelins were more sure footed on wet rocks and roots. This is an area where mud tires can typically feel quite dicey. I’m no tire engineer, but I know enough to infer that their improvement in this realm is not solely due to an improved rubber compound. Rather, it can also be attributed to the shape of the knobs and the fact that they aren’t as pointy and tapered in their layout as some of their competitors. Another aspect worth touching regarding knob layout is that the narrower section of knobs sitting on top of the main knobs helps to increase the amount of square edges that are biting in at any given point.

In general if there was any type of terrain where the DH Muds stuck out as feeling a bit skatey and vague, it was on hardpack, which should not shock anyone as that is where mud tires always tend to suffer. I also spent quite a bit of time riding these tires in snowy terrain and thought it was worth sharing my findings. On dry powdery snow they cut right through and bit into the firm terrain below nicely, but on warm and mushy snow they would flail around and wander just like any other 2.4″ – 2.6″-ish width tire. In reality that type of snow is better dealt with by going with much higher volume tires anyway. As far as the rubber compound was concerned, the Magi-X is amongst the best I’ve used – that remains as true with this tire as it does with the Enduro and DH22 tire as well. To me, Magi-X strikes the perfect Soft : Slow : Durable ratio. It grips like hell, never feels squirrely and wears surprisingly well for how much give it has. The only potential downside was that the knobs themselves feel a bit less soft when they’re cold, but that’s a short list. All in all, for a one and done high performance compound, Michelin is doing it right.

At the end of the day, mud tires are a rather niche item but depending on where you live, or if you find yourself racing, it doesn’t hurt to have a set laying around just in case. As far as the Michelin DH Muds are concerned I think most riders who would actually utilize a mud specific tire would find it most fitting that these are designed around an ultra tough, downhill rated casing. This makes them ideal for low pressures in the worst terrain where you need traction most, and likely during an Enduro or Downhill race scenario. On the whole I would give Michelin the tip of the hat for making the DH Mud the most well rounded mud tire I’ve ridden to date. It separates itself from the crowd by riding brilliantly in a broader range of terrain than other tires in this highly specific category. Therefore it’s a mold breaker. 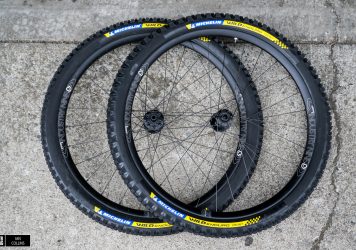 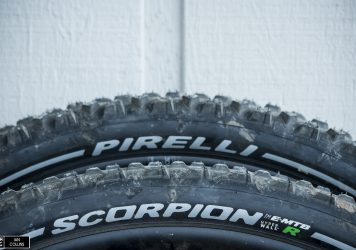 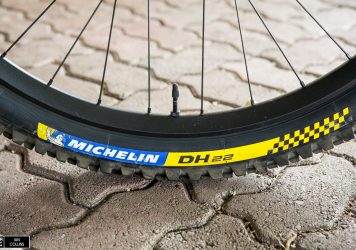