Although Roval isn’t necessarily the first brand we think of when it comes to aftermarket wheelset, perhaps that should change. After all, they are a part of Specialized Bicycle Components. Typically known for bending the rules of technology and pushing limits in house, the Morgan Hill brand offer some seriously under rated wheelsets that often fly under the radar. A few months back, at a press launch we rode our first pair of Aluminum Rovals and were very impressed with the price : performance ratio ($600) as well as the stiffness they offered – particularly in the 29″ version.  The wheels even had us questioning whether “Boost” is really all that necessary, or if engineers just need to follow their lead and make better wheels.  That’s another story for another time but either way, we knew that we wanted to try a set of Rovals and run a full, long term test…So here it is. 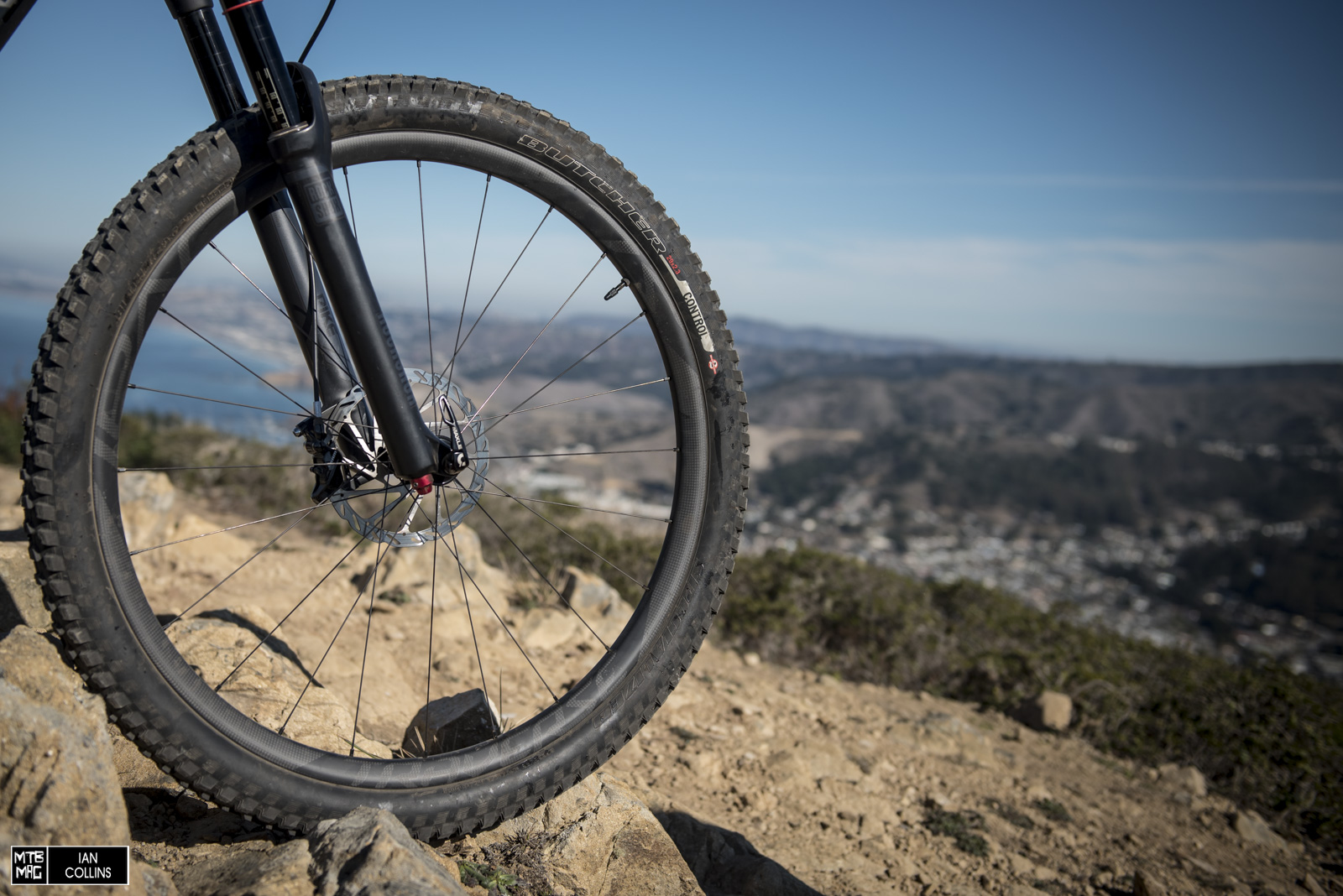 The Roval Traverse SL Fatties are very much a competitively priced wheelset. Where the sky seems to be the limit for pricing in the carbon wheel world with some complete sets coming in at around $3,000 – these wheels seem reasonable at $1,500…especially given some of the features the boast. More on that below. 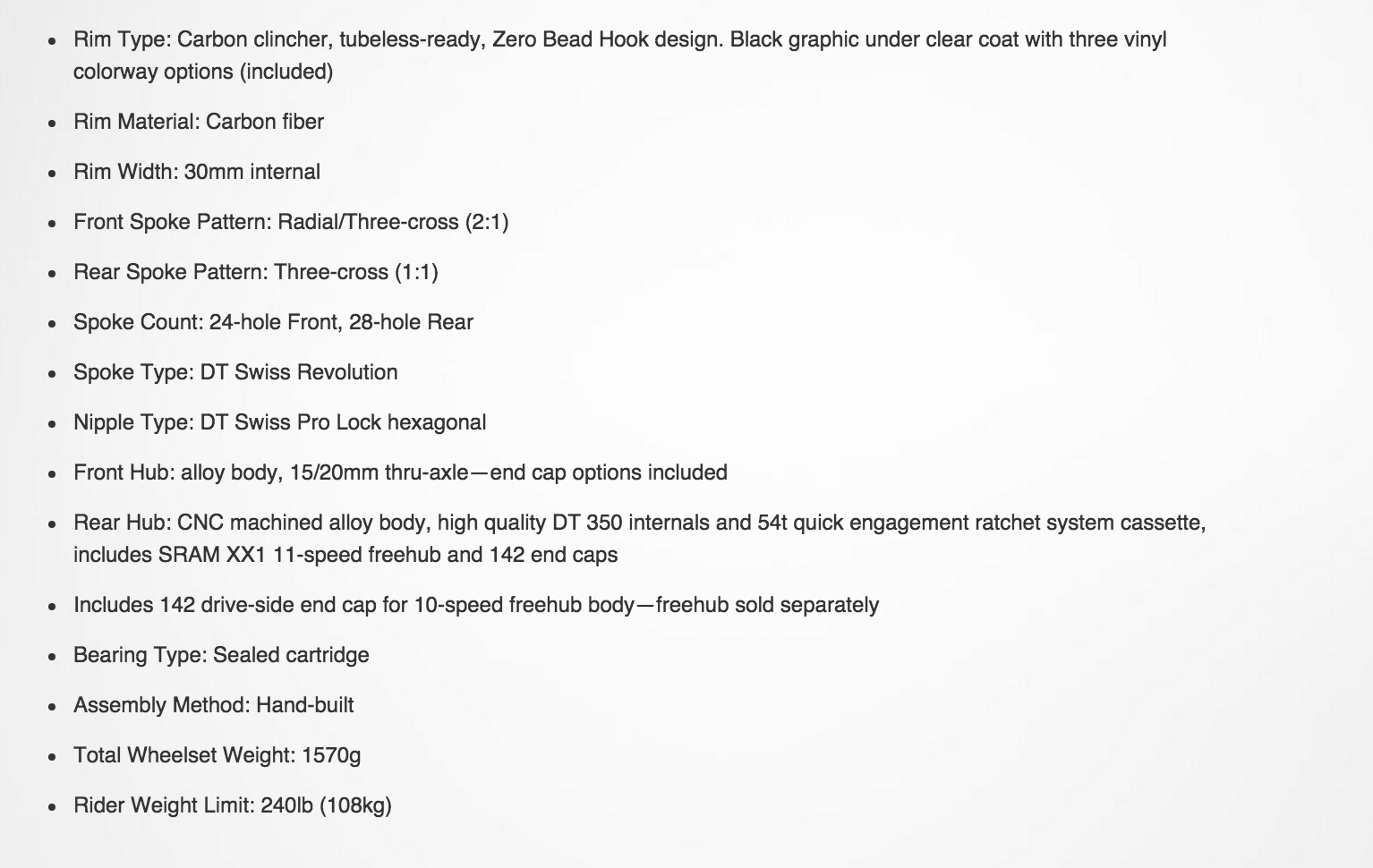 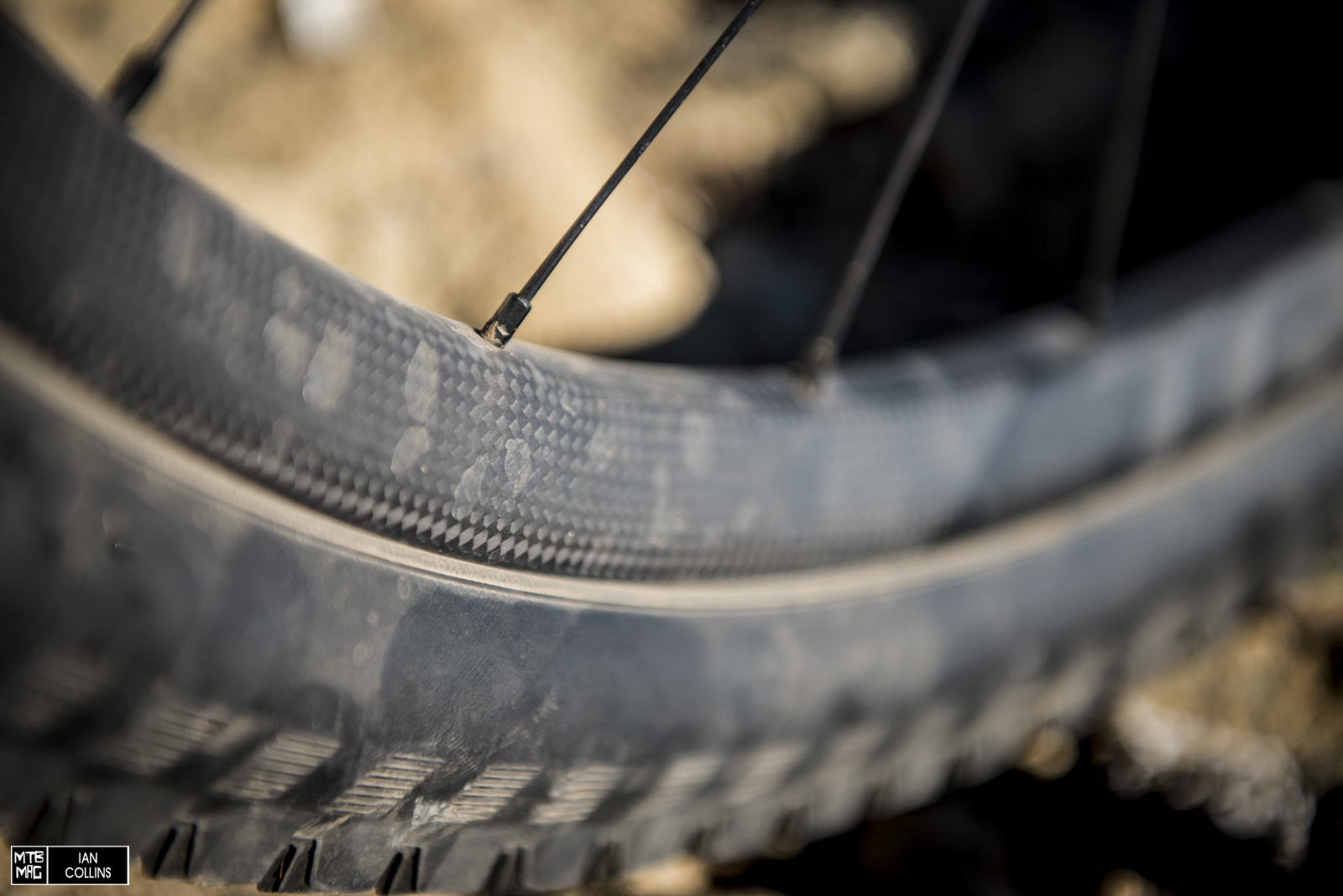 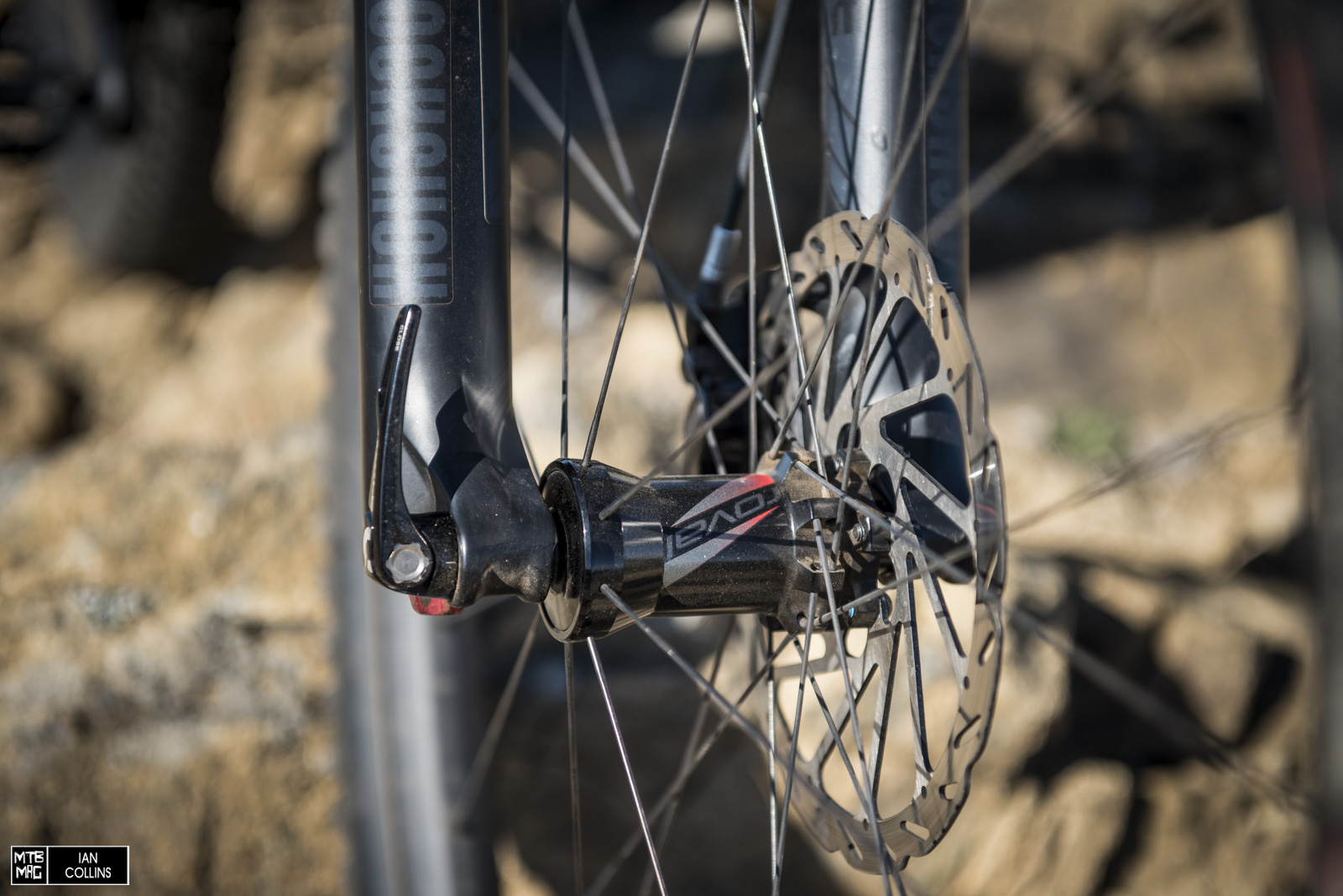 The Traverse SL Fattie use a surprisingly low spoke count (24Fr/28Rr) and even utilize a radial spoke lacing on the drive side of the front wheel where the spokes aren’t in such close proximity to braking forces.  These wheels feature some high end bonus bits that add major value into the equation.  They ship with a standard 10/11 speed driver and a SRAM XD 11 speed as well. Also included are caps for both 15mm and 20mm up front as well as caps for 135mm QR and 142mm thru axle out back. Tubeless valves and rim tape come standard.  Shoot, they even include an uber lightweight plug system that’s lighter than the rim tape.  The Rovals ship with both red and blue colors options for decals, but the icing on the cake has to be the 54 tooth upgraded DT-Swiss Star Ratchet internals.  If you’ve ever used this system, it’s bombproof and fully rebuildable by hand, but best of all it makes for a much more rapid engagement over the standard 36 tooth ratchet.  Basically, the 54 tooth option is typically an aftermarket upgrade that cost about $100 to consumers…So it’s nice to see the Rovals include it as a standard part.  It was effortless to inflate Specialized Butcher tires with a floor pump and we appreciated their confidence inspiring footprint that the hookless, extra wide rim (30mm internal) provided. Needless to say, we were excited to try these out.

We spent the bulk of our time above the Traverse SL’s on our Evil Following which is a rather aggressive trail bike.  So, as expected we romped on these wheels quite hard. Compared to a traditional aluminum wheelset with a narrower rim, we noticed a few things…however, compared to other carbon wheels, it took a bit more time in the saddle to make noticeable discernments. We’ll start with a comparison to a traditional wheel as many people who are reading this review might be considering these as an upgrade. 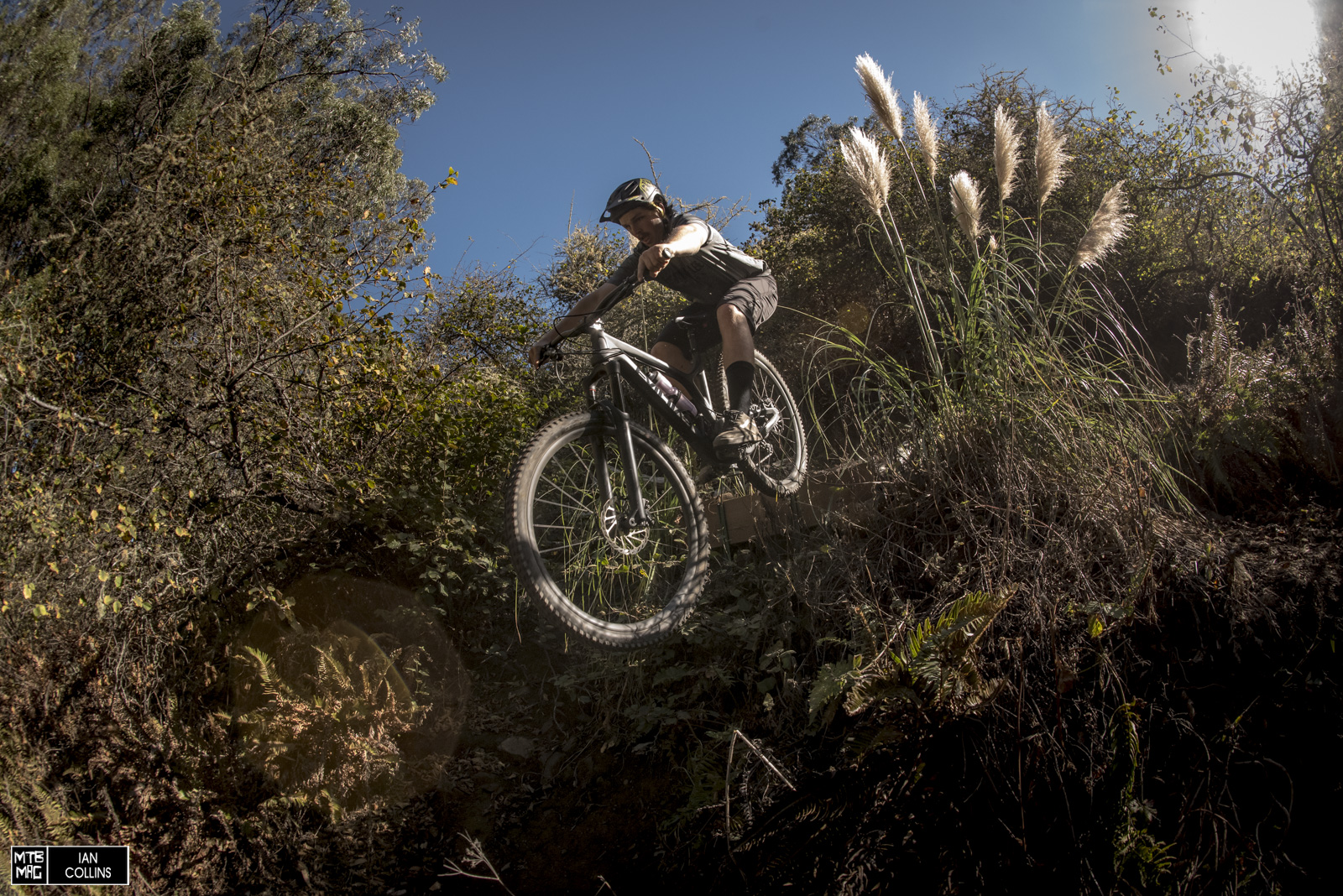 Straight away, if you’ll notice 3 things : light weight, stiffness, and added traction from the wider rim. These are all very good things. At 1570 grams, you’ll be hard pressed to find 29″ carbon wheels that are much lighter and the low rotational weight made it much easier to get up to speed. Larger wheels take longer to accelerate and always weigh more than their smaller wheeled counterparts so as expected, we felt a very noticeable improvement in acceleration on our wagon wheeler.

As for stiffness, once you become jaded by carbon rims in general, it’s hard to go back to aluminum ones. Your bike gains an added degree of liveliness. It will snap out of turns and pop out of lips. Small chatter also becomes muted; less harsh. With that in mind, we have ridden carbon wheels that go a bit too far and become too stiff. Much like a carbon frame, a carbon fiber rim needs the right layup in order to provide the best ride characteristics. We found the Rovals to strike a perfect balance and provided the best on trail manners of any carbon wheels we’ve ridden to date.

In terms of a tires behavior when mounted to these rims, we’ve ridden narrower rims and we’ve ridden wider rims.  We think the 30mm internal/35mm external width is just right.  It provides most tires with a bit more volume and a less bulbous shape, preventing it from squirming in turns and allowing for lower pressures to be run when conditions got a bit more technical and called for more traction.  We’ve ridden some wider rims which had an adverse affect on the profile of some tires, making them too square…with the Traverse, this was not the case.  Every tire we mounted sported a great shape.

A while back we had a quick chat with Specialized factory EWS rider Curtis Keene about his wheels.  We came to find out that as of this past Summer, he was still riding a pair of original prototypes from nearly two years ago.  We do feel that luck and great line choice was a bit of a factor in their longevity but most EWS riders would never get a full season of use out any pair of carbon fiber wheels, so that is a testament to their strength.  For us, we’ve had almost zero issues with our Roval Traverse Fatty SL.  Out back, the proven DT Swiss hub internals have been flawless and that should come as no surprise as they’ve earned a golden reputation.  Up front we have noticed the faintest amount of play in a bearing after about 6 months of heavy use, but that’s quick to replace for just a few dollars and the help of some household tools. 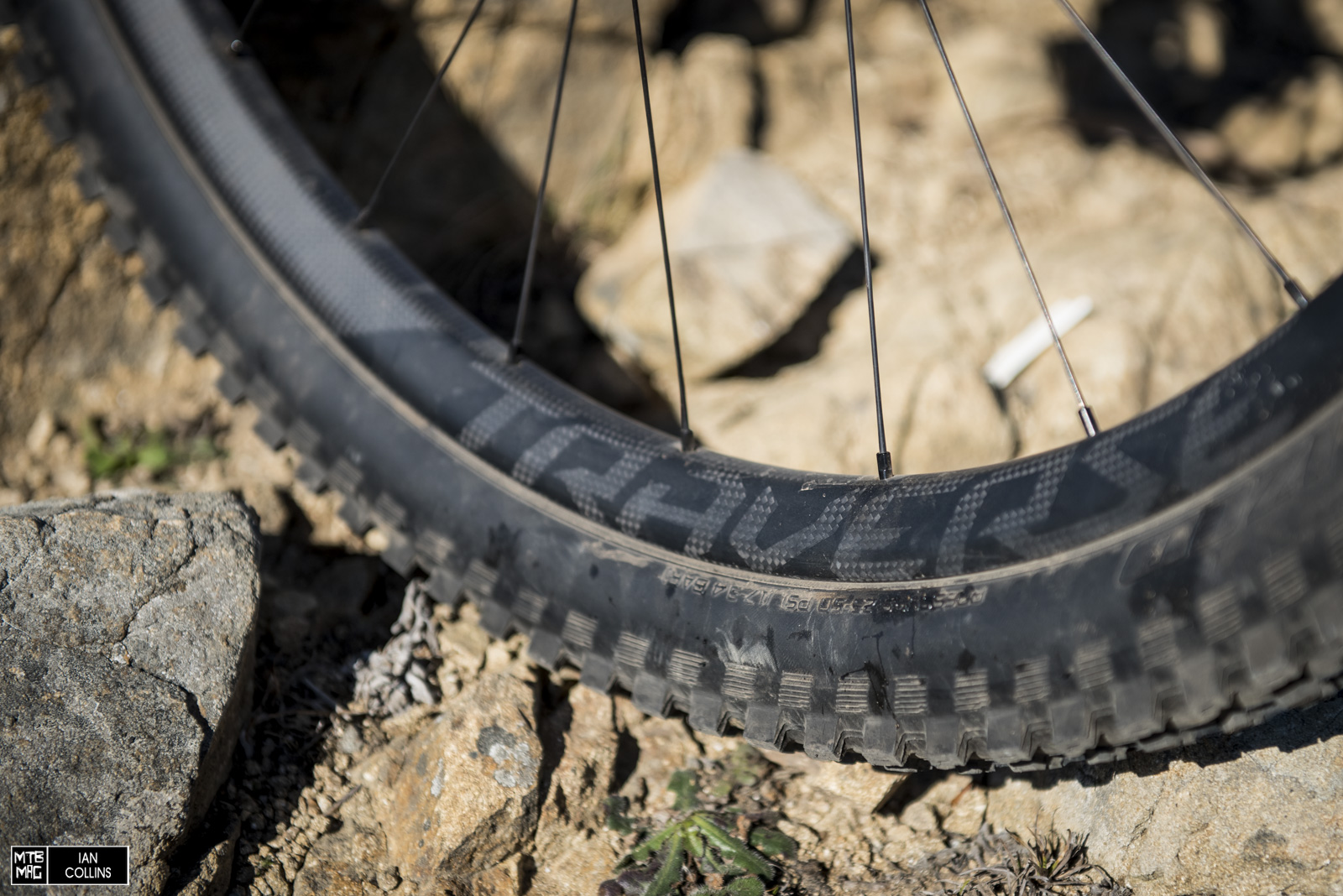 As for the overall strength of the rims, we truly believe in the hookless design.  It is less likely to collapse and crack under rock strikes and contrary to what one would think, it allows the rider to keep the tire on better at lower pressures with less chance of burping. Ours have provided excellent traction while resisting tire roll and are still fully devoid of any sort of stress fractures.

In terms of strength as a complete wheel, these have left us pleasantly surprised.  We had some initial concerns given their narrow spokes and low spoke count but those were proven to be unfounded as both front and rear wheels are still as true as they were when we pulled them out of the package and bolted them up.

This is where we break down overall merit and value. When it comes to a big ticket upgrade like a carbon fiber wheelset, those factors are typically in the eye of the beholder. Compared to any other complete carbon wheelsets on the market, we feel that the Roval Fatty SL’s offer the best bang for the buck. In terms offering cutting edge technology they leave no stone unturned. Roval was the first large brand to bring hookless rims into the bike world. They’ve proven to be a huge advantage and other brands have followed suit. In terms of value, we feel that these wheels are the best you’ll find in the carbon world.

Having used the Roval Traverse Fatty SL’s on a 29″ bike, it really dawned on us just how much these wheel changed the behavior of our entire bicycle. Cheap, crappy wheels can really make an otherwise nice bike ride poorly so it makes sense that people consider carbon wheels for an upgrade. Upon glancing around the carbon fiber wheel world, it’s hard to happen upon a more attractive set on paper and we can’t test every single set out there. What we can tell you is that without naming names, these have outperformed other wheels on the market that cost nearly double the price.   While $1500 is a lot to spend on a pair of wheels, you could certainly spend more and it’s a lot less than buying into the hype and splurging on a complete bike with Boost spacing in hopes of attaining better ride characteristics for your big wheeled machine.  If you’re a bit on the fence in general, Roval has a rather confidence inspiring crash replacement policy.  For $330 they will rebuild any non-warranty, damaged carbon wheel with a new rim, spokes and nipples.  In our opinion, that’s a pretty darn cool way to deal with things that are likely user error.

In summary, if you’re going to do it, this is the way to go. We’ve pounded the hell out of our test wheels and they haven’t flinched. If the flagship carbon wheels are just too much coin, then definitely take a look at the more affordable aluminum Rovals. At just $600 they are tough to beat and share many of the positive attributes of their more refined carbon fiber kin.