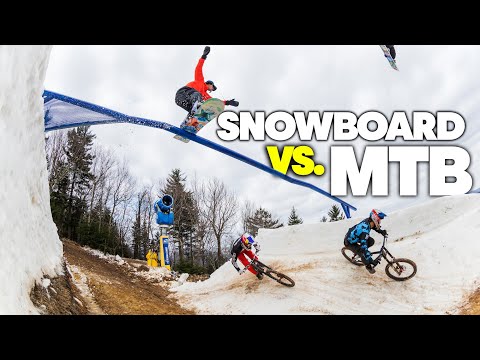 Santa Monica, Calif. (April 30, 2021) – Red Bull released today its latest edit, “Last Chair, First Run,” highlighting two different athletes from two different sports as they come together to celebrate the close of one season but the beginning of another. 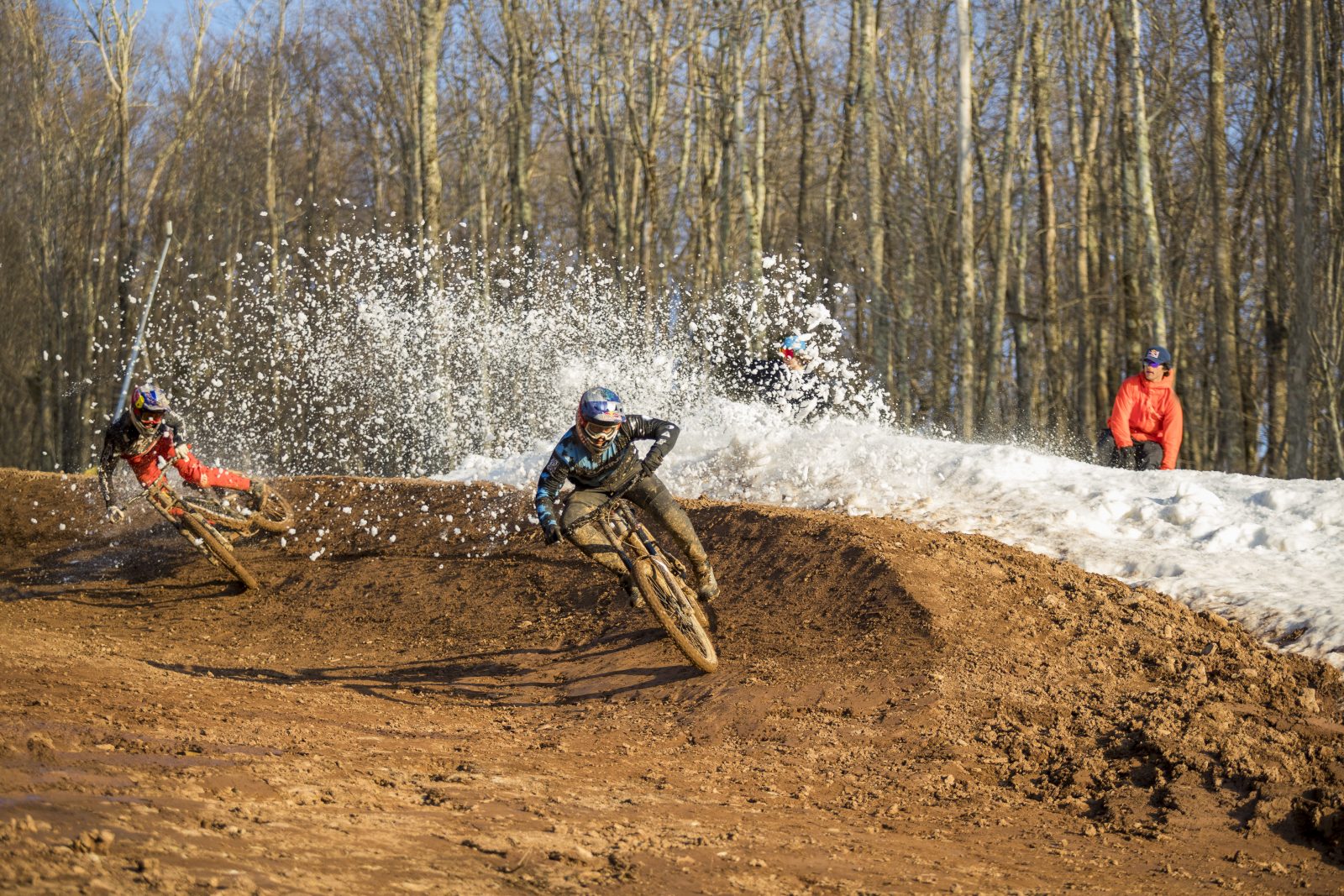 Filmed at Snowshoe Mountain Resort in West Virginia, “Last Chair, First Run” features Red Bull mountain bike athletes Carson Storch and Jaxson Riddle, Red Bull snowboarder Luke Winkelmann and Sean Fitzsimons, all shredding down the 1,500-foot mountain side-by-side, and sometimes even over-under in the six-minute piece. While the snowboarders take their last chairlift ride of the season before all the snow melts, the mountain bikers grab their bikes and hop on the chairlift to take their first runs. 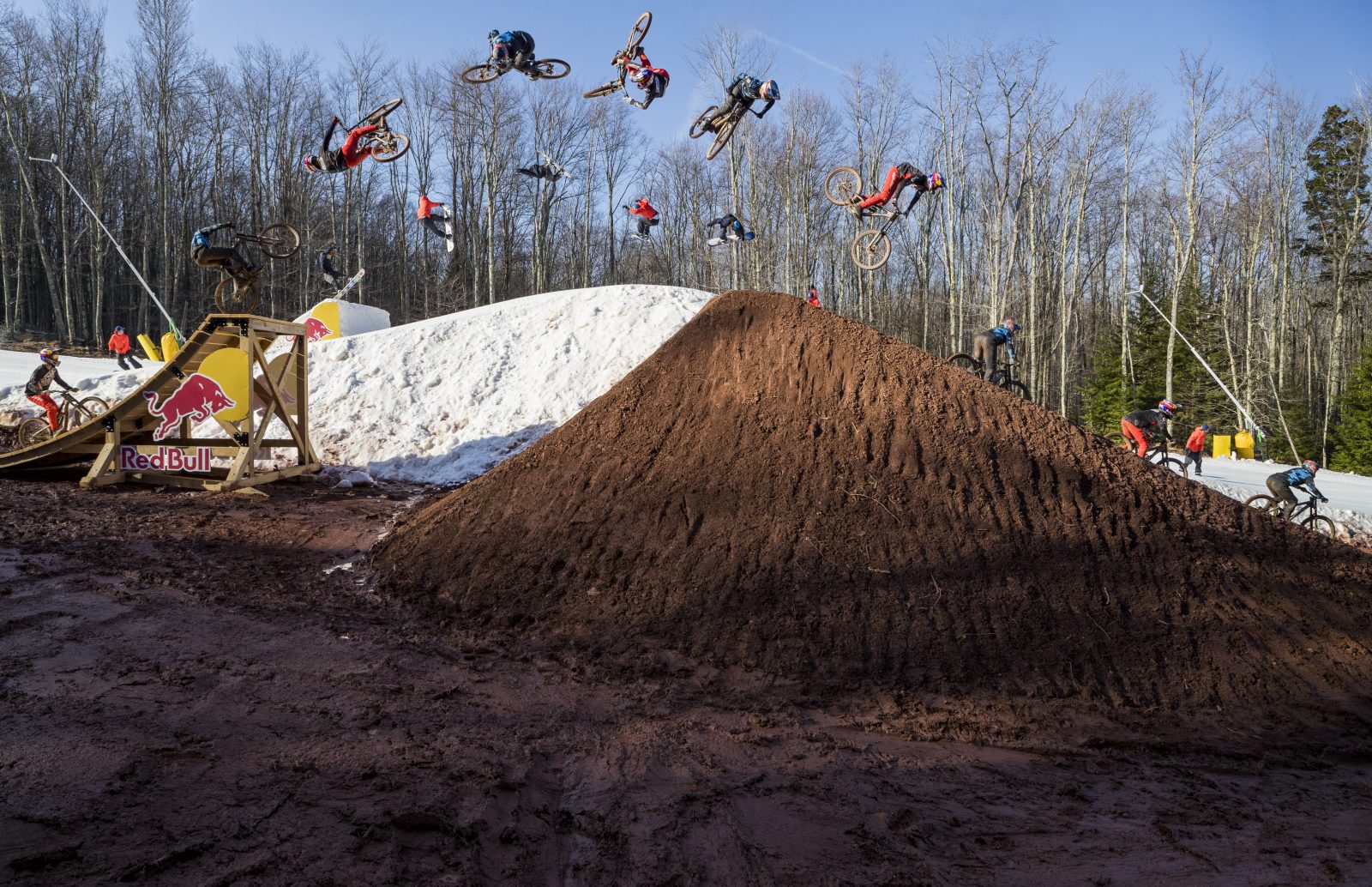 The courses, created with design input from the athletes themselves, both run parallel as well as intertwine throughout the top-to-bottom run. The jumps send one rider over another, offering plenty of airtime for the riders to show off, while the berms nearly touch in the middle allowing the athletes to fling mud and snow on each other, highlighting the crossover session. Together, it showcases Snowshoe’s versatility as a hub of wintersports before transitioning to summer, hosting events like the UCI Mountain Bike World Cup Finals. 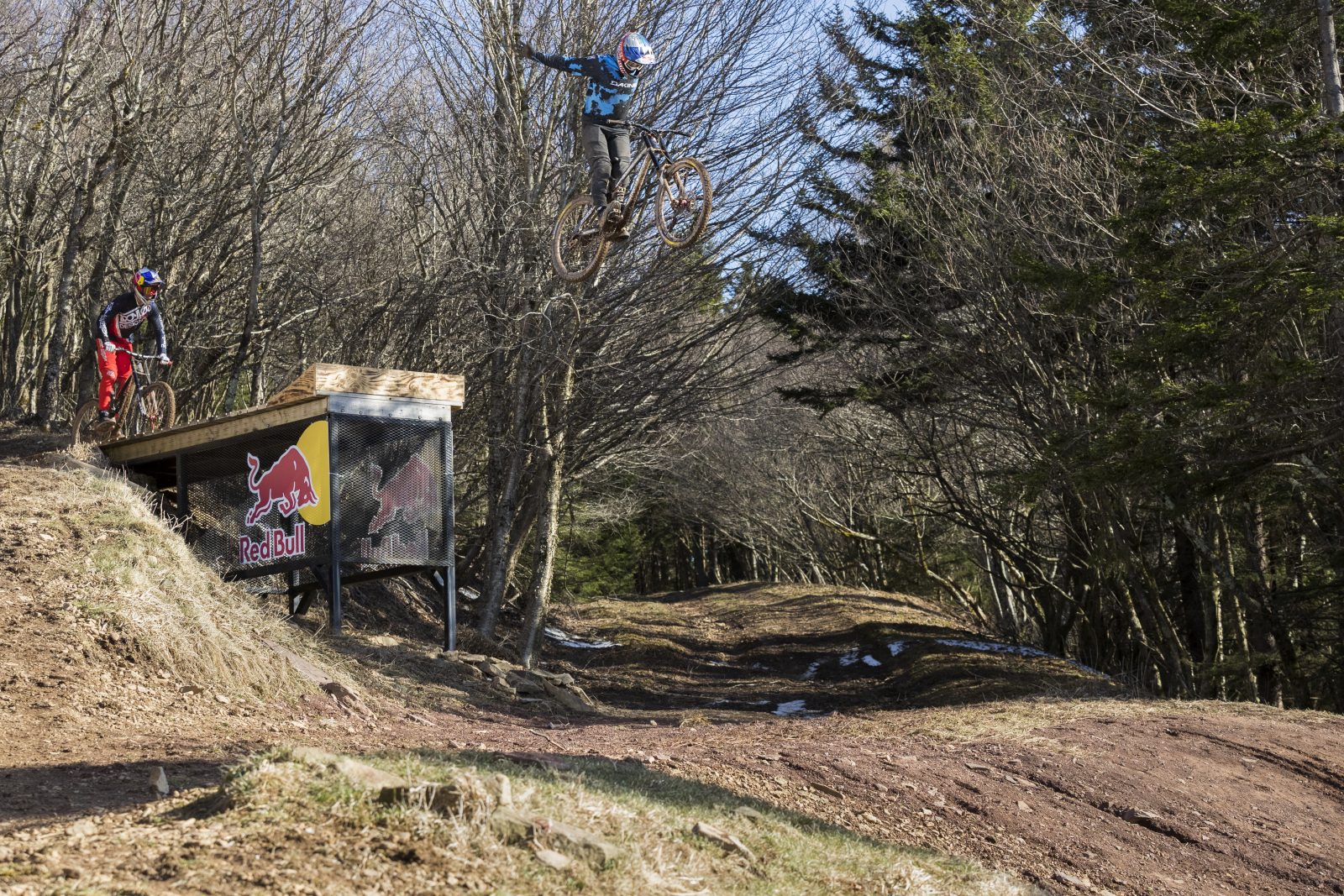 Carson Storch ideated this concept from top to bottom, working with Snowshoe Mountain and their operations team to bring this to life.

“I had this idea five years ago when I first signed with Red Bull to bring together snowboarding and mountain biking,” Storch said. “We have two different tools, but we’re trying to accomplish the same goal of shredding and having fun.” 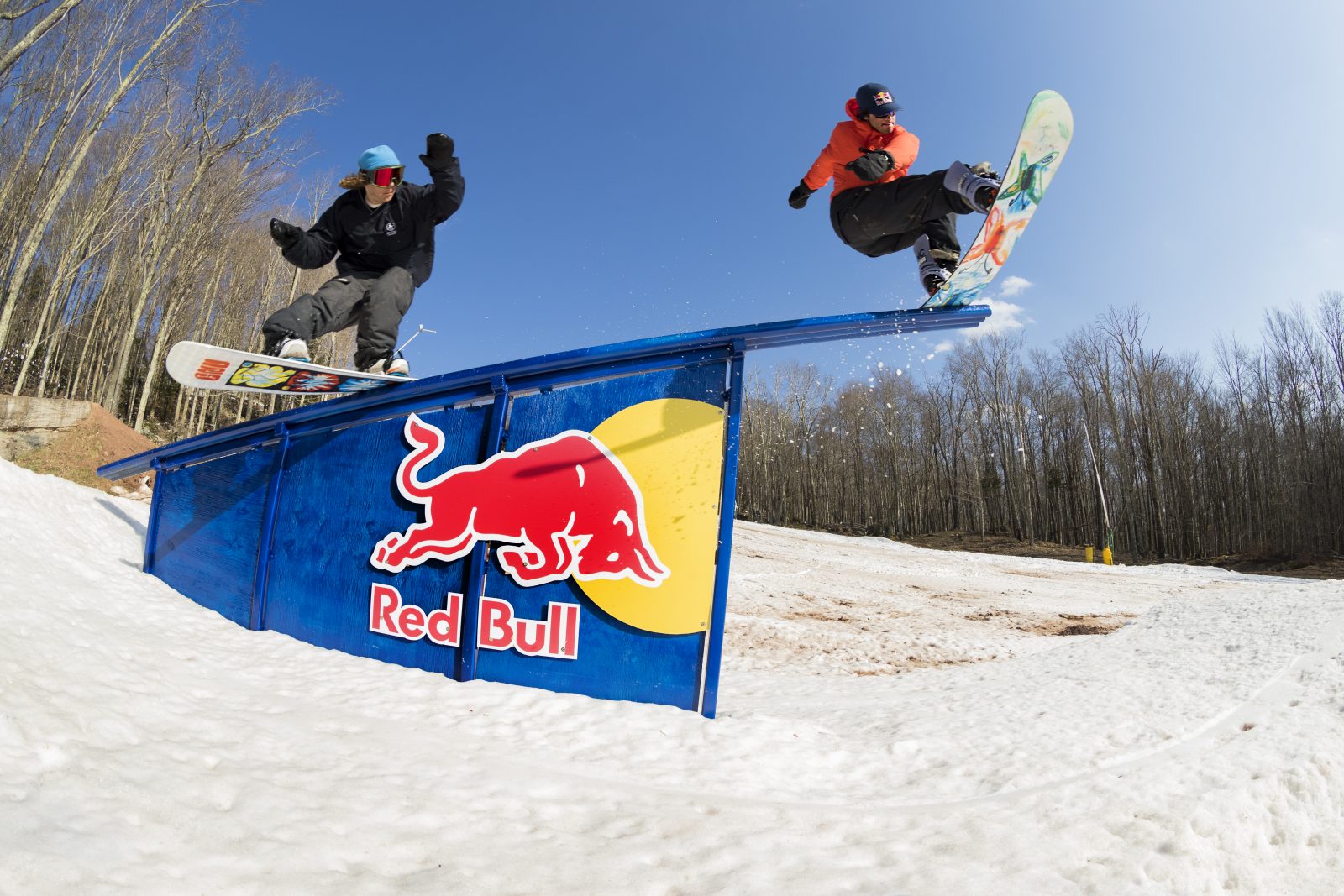 Luke Winkelmann has been cross training with bikes for over a year now, and feel in love with the sport during his free time in his offseason.

“We’re both doing the same thing, but just different paths, and having a blast riding down the mountain,” Winkelmann added. “Mountain biking helps me find lines when I snowboard, so the sport has helped me in more ways than one.” Storch, 27 years old, and Riddle, 20 years old, are familiar names to the mountain bike community. Storch is a regular at Red Bull Rampage, placing third in 2016, while Riddle grew up just a few miles away from Virgin, Utah, which hosts the annual event.