Mavic today presents its new carbon wheels designed for cross country, the Crossmax. Produced in Europe, they are processed with “adaptive layup” technology, ie the carbon layers change according to the part of the rim they live in, which allowed Mavic to drop some weight, from 410 to 340 grams per rim compared to to the previous model. In the video you can see how it applies to the Ultimate model:

The Ultimate are the top-of-the-line wheels, already used by the pros during the 2020 season. 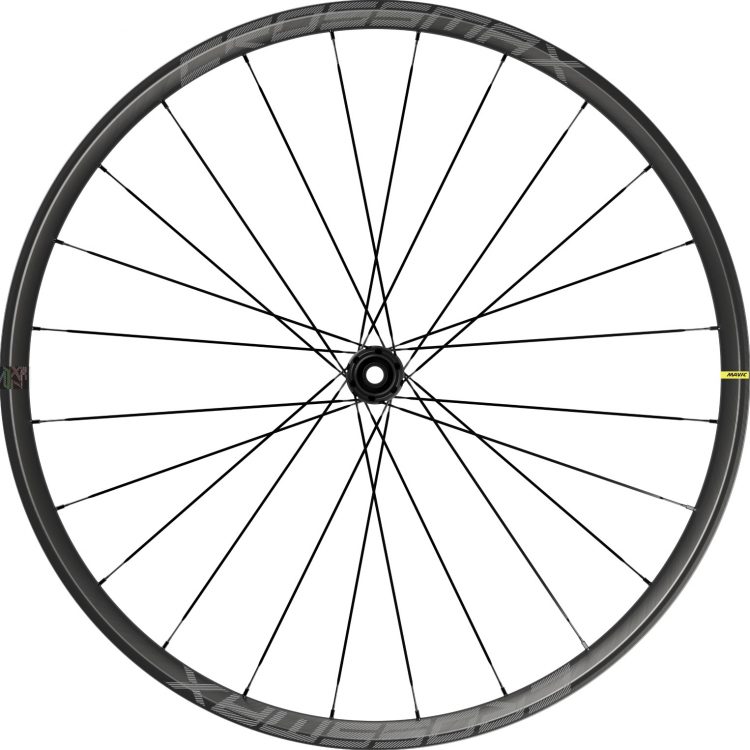 Mavic has simplified their range, which they will show off in its entirety over the next few weeks, and in the case of the carbon Crossmax we find “only” three models, from the Ultimate weighing 1340 grams to the 1610 gram XLRs (complete specifications and prices below ).

All Mavic wheels are tubeless ready without the need for tape, thanks to their construction where the spoke holes are separated from the internal channel. In this regard, the Crossmax wheels range from a channel of 25mm (Ultimate) up to one of 30mm (XLR). Being XC wheels, they are only available in 29-inch diameter. Changing a spoke becomes easier, because it can be done externally, without having to disassemble the rubber and remove the taping.

The ID 360 freewheel with Ratchet system is the one we presented to you more than a year ago in this article. In the video below you can find an explanation of how it works:

The hubs have been completely reworked, removing the manual preload adjustment that had damned Mavic customers in the past. The spokes are all the same length for the three carbon models, both for the front and rear wheel, regardless of the side. 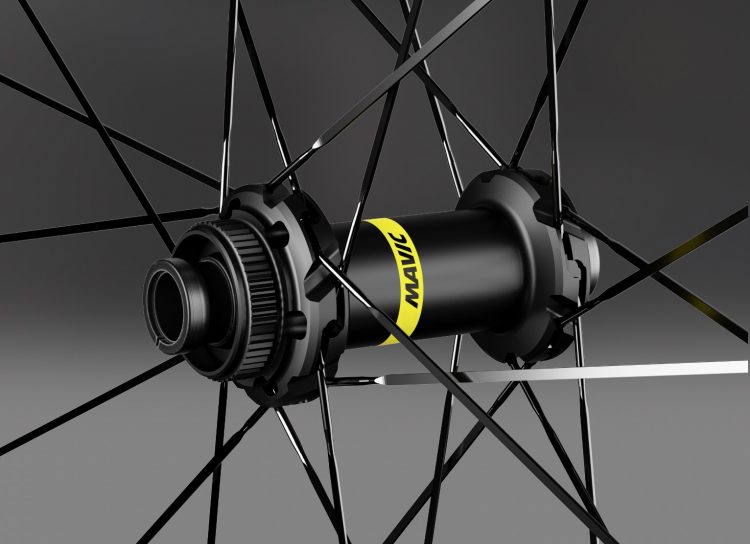 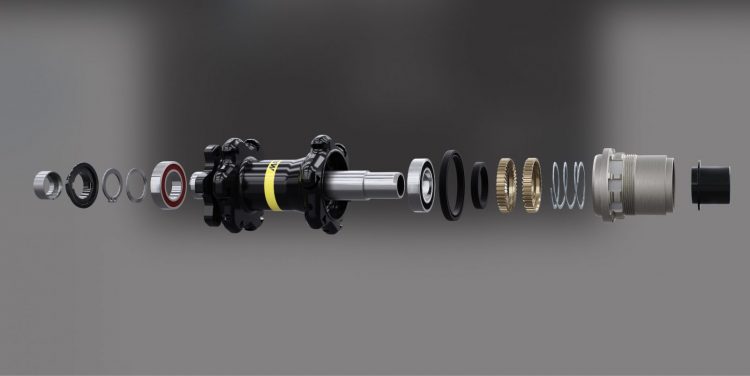 The aluminum nipples are screwed directly into the rim. 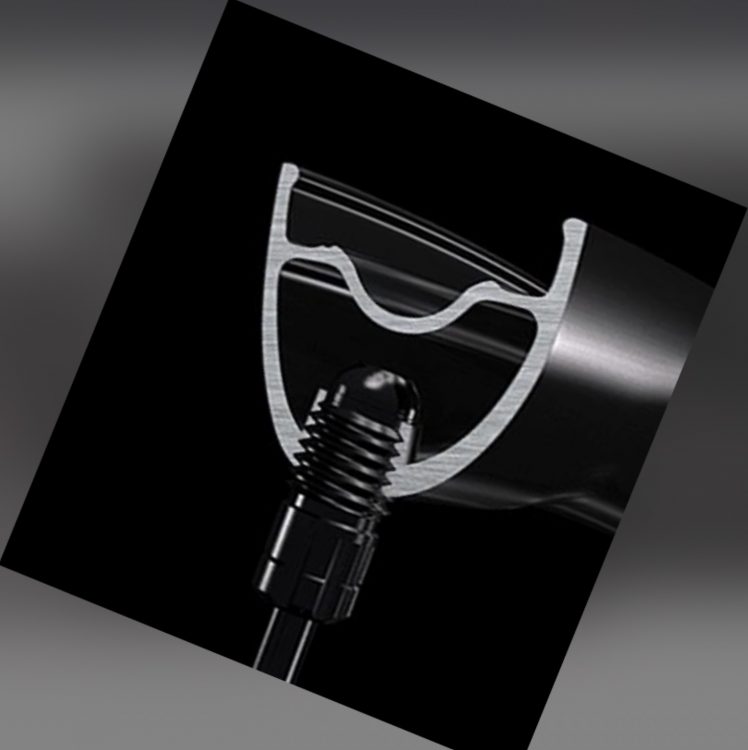 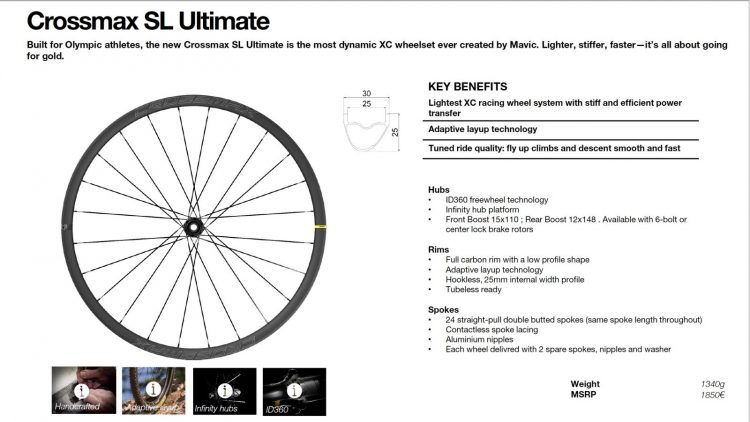 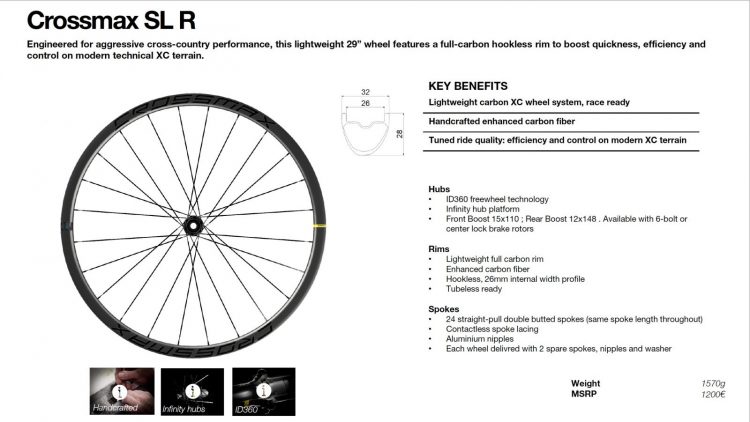 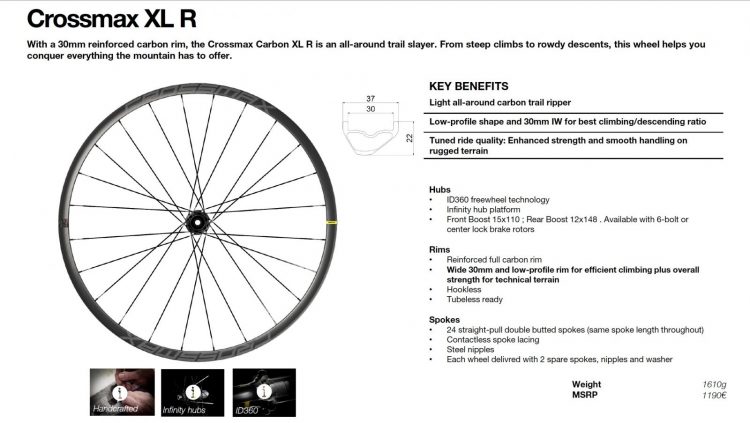