As a mere teenager, Tom Ritchey welded up his first bicycle frame in his parents’ garage in Palo Alto, California more than 50 years ago. And he designed and built the first Swiss Cross cyclocross bike in the mid-1990s so that the bike’s namesake, Swiss cycling legend Thomas Frischknecht, had the best bike possible for his victorious cyclocross pursuits around the world. 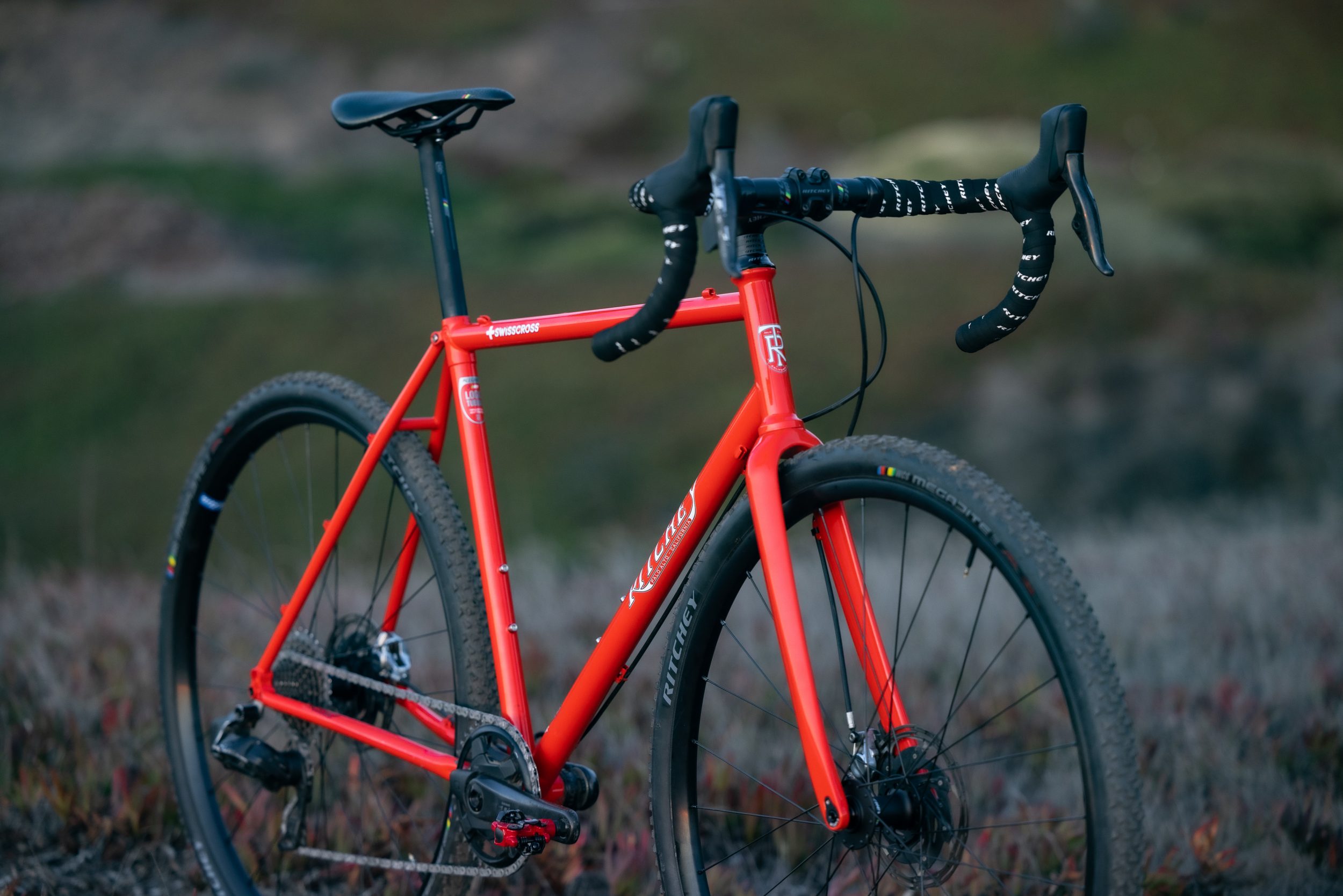 The new 50th Anniversary Swiss Cross draws a direct line from that first bicycle frame Tom welded, to the bike Frischi piloted to so many championships, to a modern ‘cross and gravel racer.

This limited-edition frameset is wrapped in the iconic Ritchey Red paint and adorned with Ritchey logos that reference the company’s history and the influence Palo Alto, California has had on Tom. 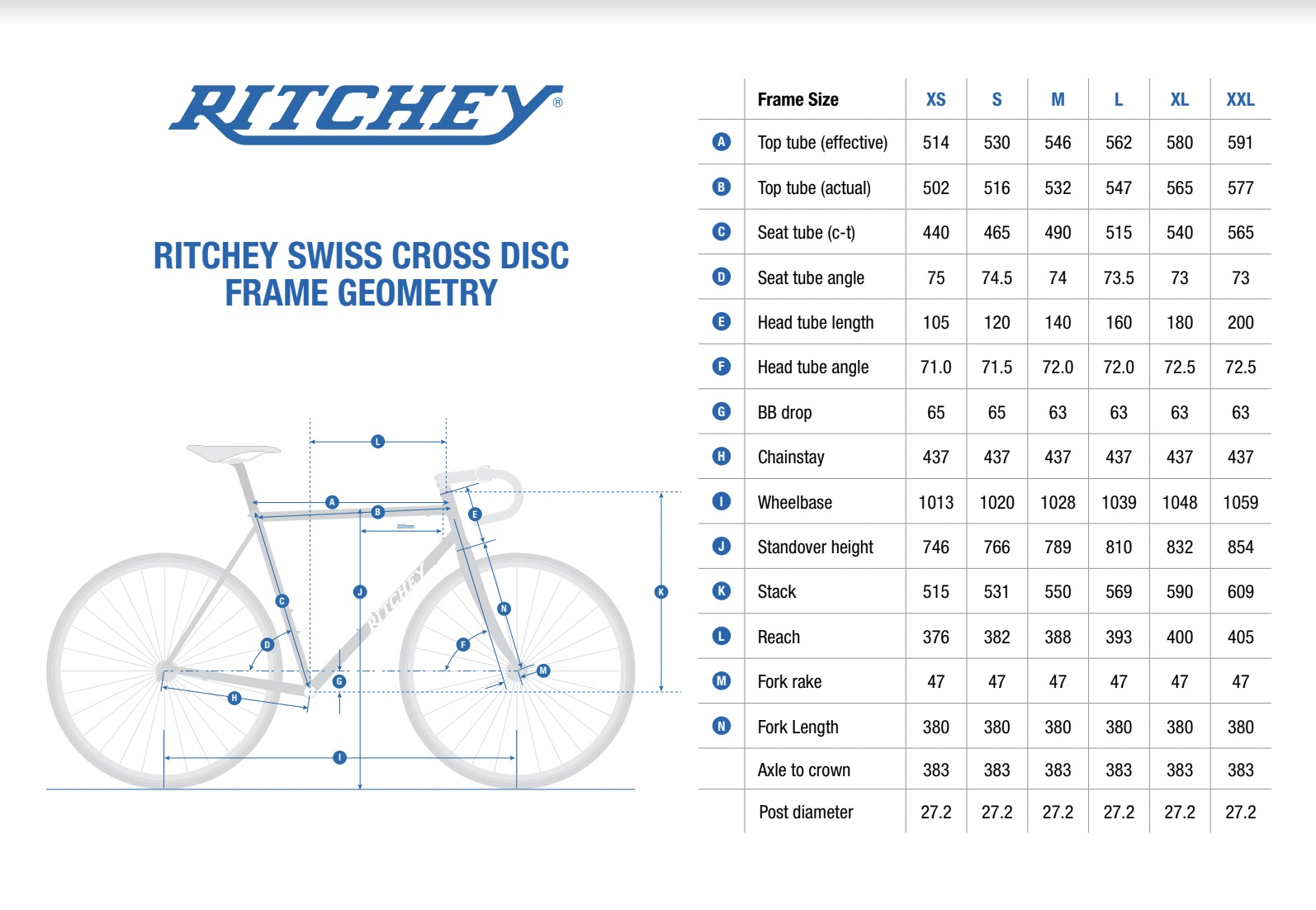 While the 50th Anniversary Swiss Cross enjoys an endearing nostalgic aesthetic, it’s still an aggressive whip beneath the fancy red paint and throwback decals. Just like its older siblings, this special Swiss Cross is well-suited to bridge the gap between a race-ready cyclocross rig and a fast gravel steed. 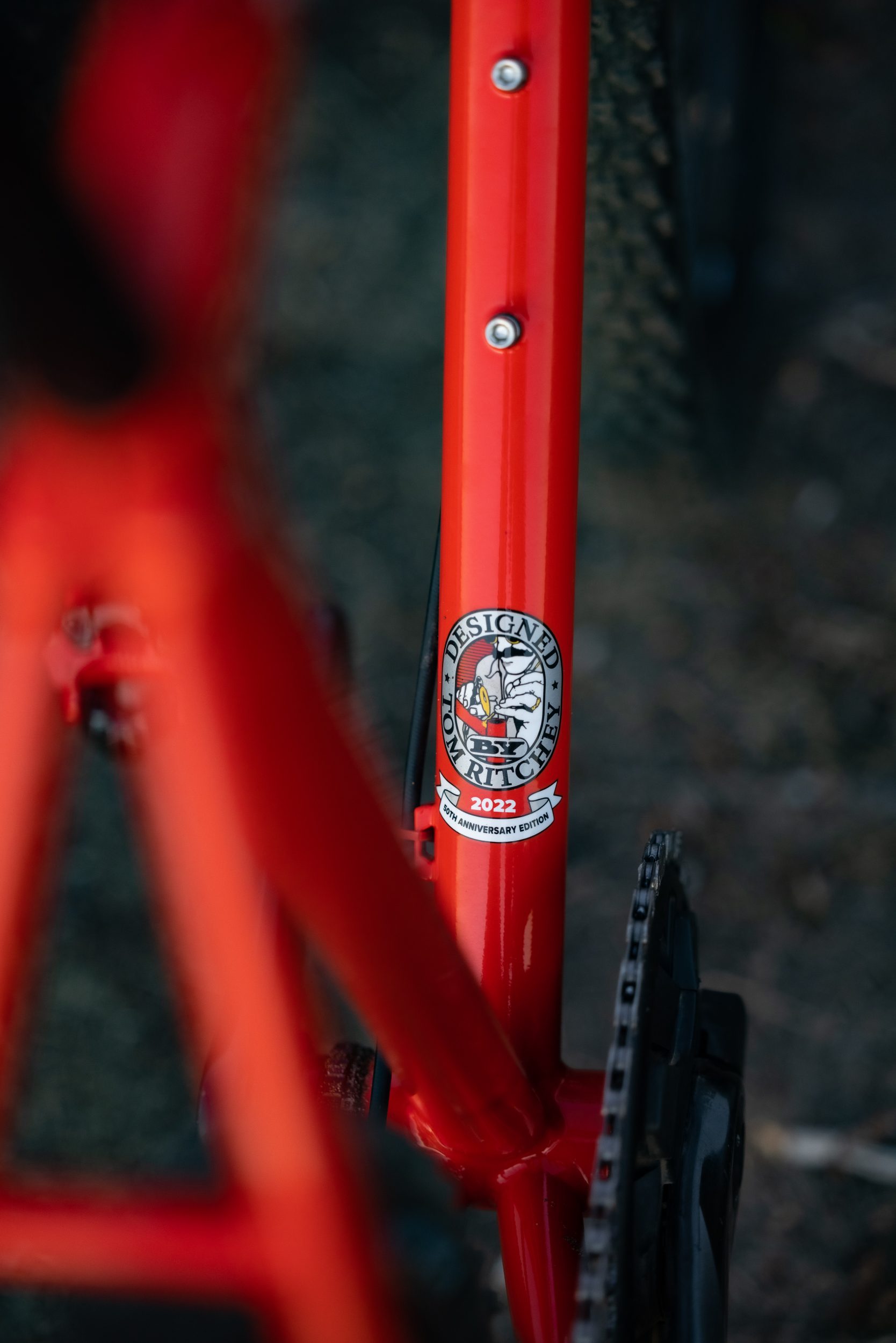 “I hear about one request per week from people asking for the legendary ‘red Swiss Cross frameset.’ The 50th Anniversary Swiss Cross will certainly appeal to them. But this bike is also mighty attractive for the discerning rider seeking a steel cyclocross bike with a legendary ride quality designed by a master. It’s meant to conquer the cyclocross course one weekend and reign supreme at a gravel race the next,” says Jeff Lockwood, Ritchey International marketing manager. 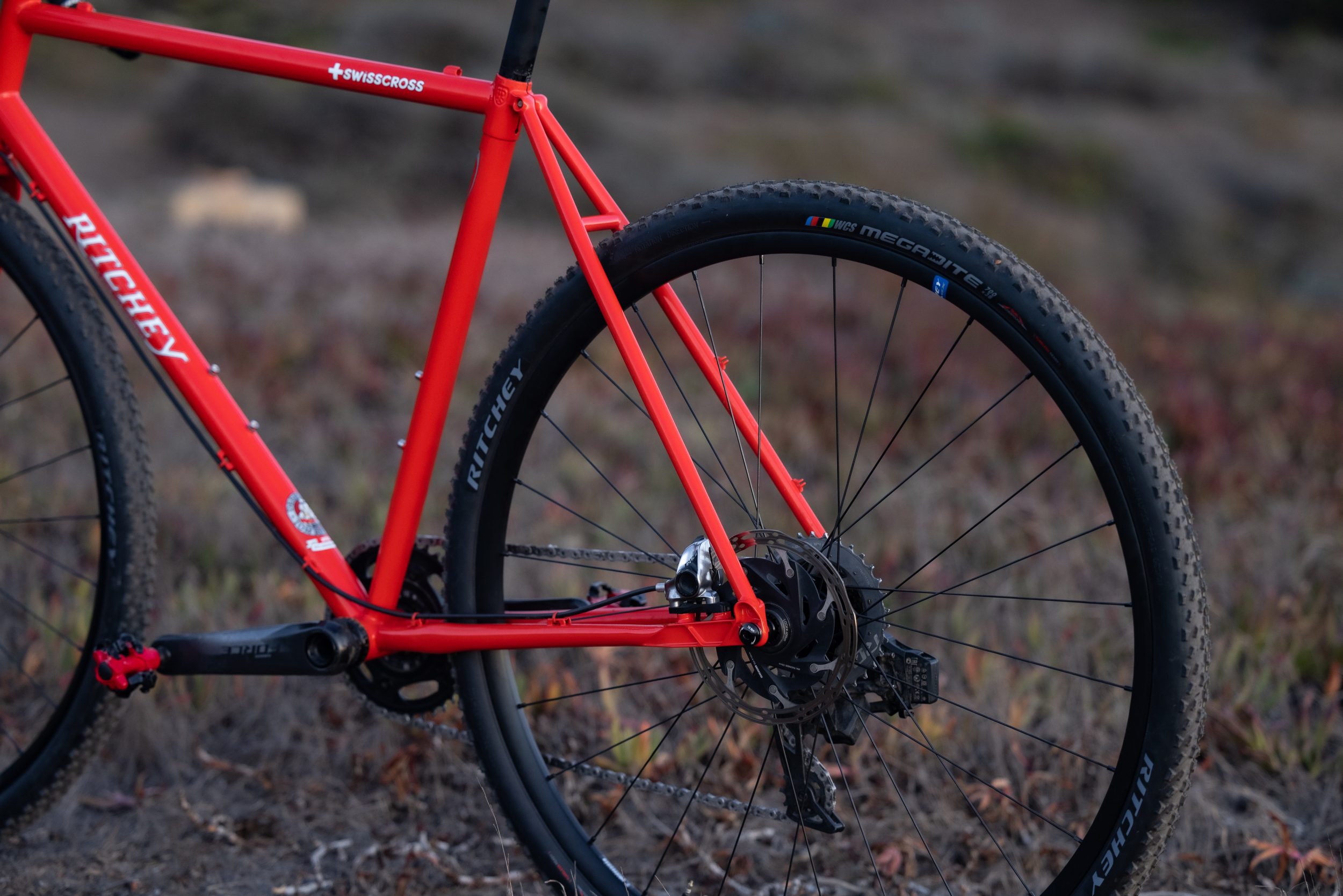 Technical details for the 50th Anniversary Swiss Cross include clearance for tires up to 40mm, flat-mount disc brake compatibility, thru-axles, a full carbon fiber fork, and geometry for riders yearning for a slightly aggressive fit. 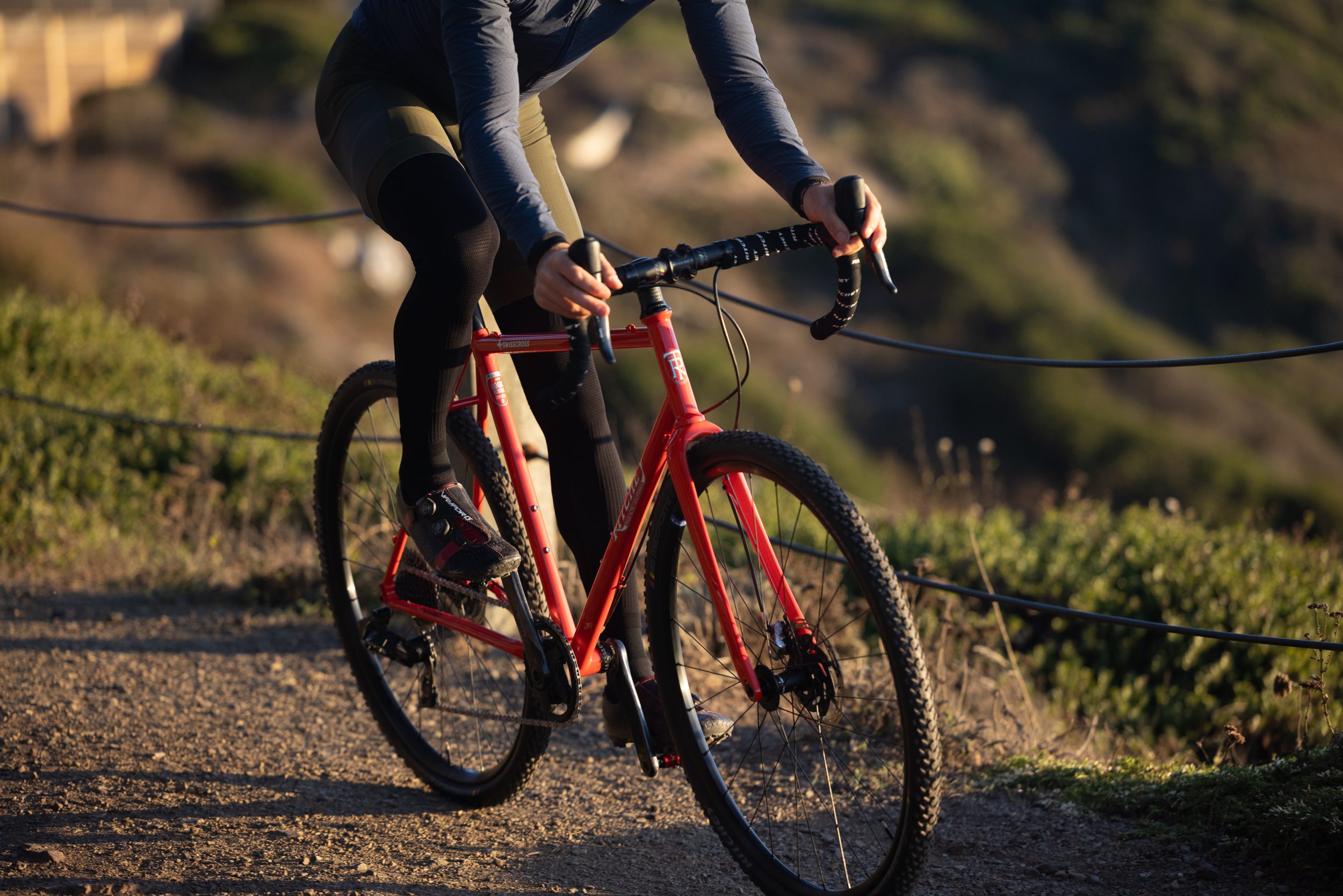 Ritchey rider from the United States, Ben Frederick (pictured), will pilot his 50th Anniversary Swiss Cross when he travels to Belgium in December to compete at the elite level in the Superprestige series and UCI World Cup races.

The 50th Anniversary Swiss Cross is now available at local Ritchey dealers across Europe and the United Kingdom, online retailers, and at RitcheyLogic.com.