Yep Components just launched their new dropper seatpost, the Podio, designed for cross country. The Swiss company claims a weight of only 310 grams in the 30.9mm x 305mm version, with 80mm of travel and a hydraulic cartridge. And here lies the fundamental point of this new product: it is not a mechanical dropper post, with and “empty” feeling and above all only 2 positions, such as the Fox Transfer SL . 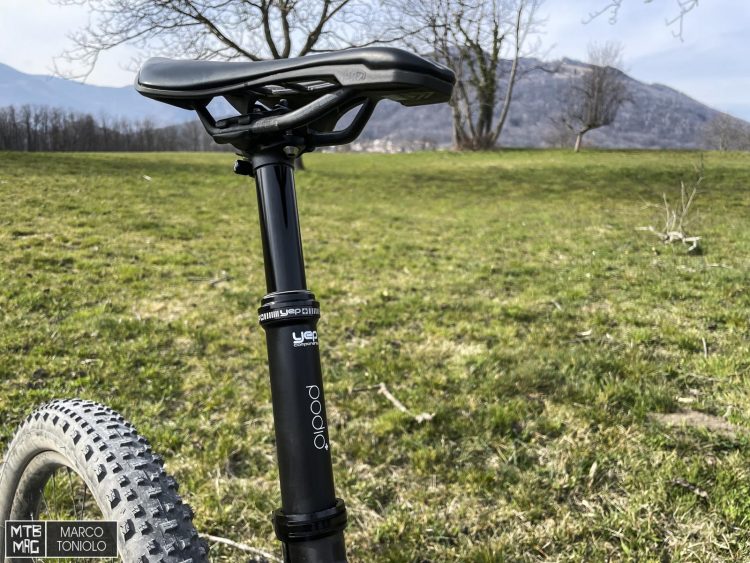 The hydraulic system is in fact inherited from the Uptimizer 3.0, which we have presented to you in this article, and has the prerogative of being able to be opened for maintenance in a few minutes, without special mechanical knowledge. 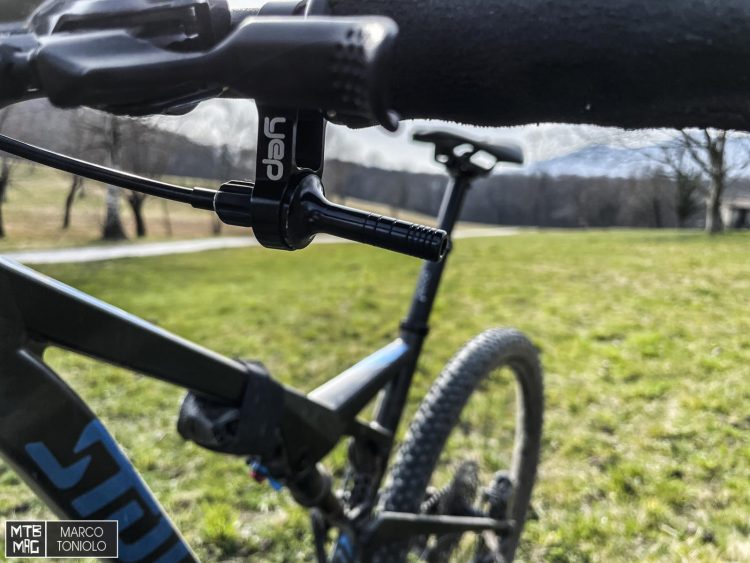 The actuation is mechanical, with the classic steel cable with internal cable routing to reach the Yep Components joystick remote control.

Before we get into the details and riding impression, it’s worth saying that if you’ve been wondering which seatpost won the XC World Championship in 2021 , now you know it. 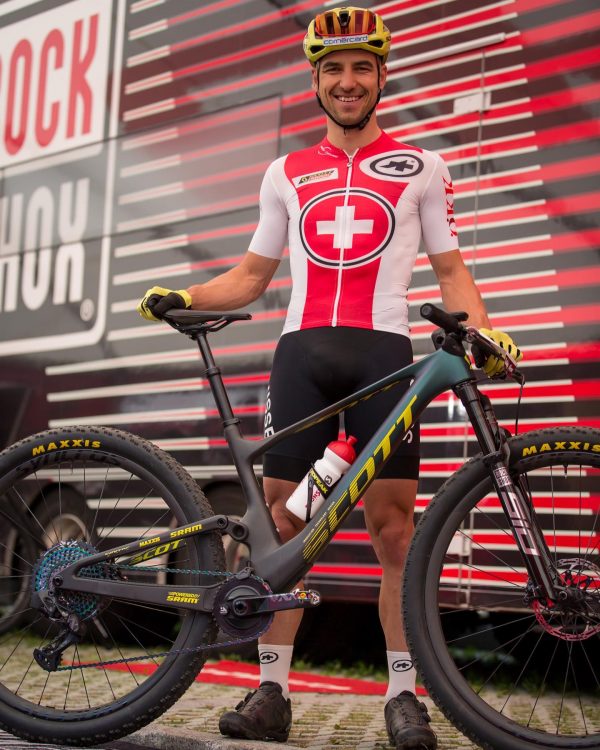 Below you will find a comparative table of the weights of the different dropper seat posts, provided by Yep Components themselves. 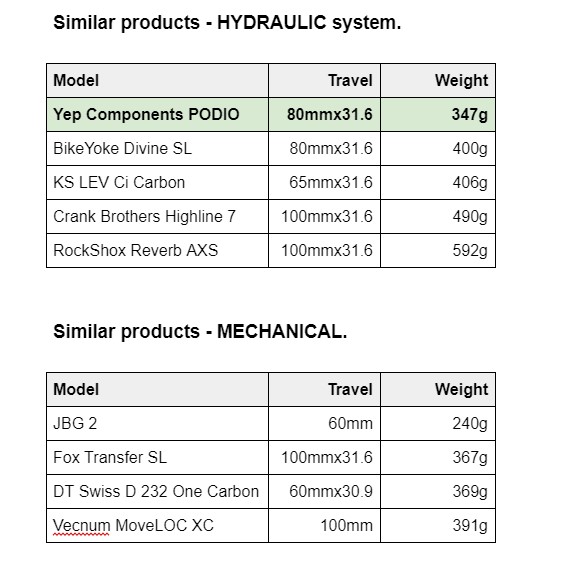 I tested the Podium on a Stoll T2, not exactly an XC bike but very light and snappy. The first thing that catches the eye, even before getting in the saddle, is the lack of lateral play, a feature that unites it to the aforementioned Uptimizer 3.0. Andrea Chiesa, the owner of Yep Components, is a freak when it comes to tolerances and that is very noticeable in this situation.

There is a trick to understanding how a dropper post works: activate it and push it down with your hand on the tip of the saddle. A fairly critical movement because you press on the tubes in an angled way. If the Uptimzer 3.0 goes down in a super buttery fashion, the Podium takes a little more effort. Asking Andrea’s reasons for this, I was told that it is due to the low overlap of the two tubes (upper and lower tube) to keep the weights down. Not only that, the lower tube is made of carbon, a material that glides less than aluminum.

Let’s be clear, once you get on the saddle it is not noticeable. I can also say that in terms of stiffness I didn’t feel anything flex when pushing hard on steep climbs uphill. 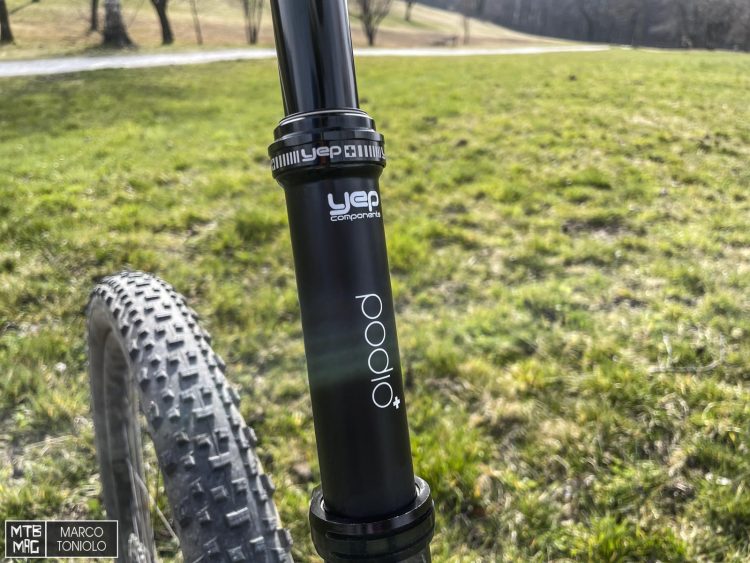 Taking a step back, the assembly is very simple, also because in the package there is a special tool to help putting the mechanism in which the cable is inserted into the carbon tube. You can see it in the photo below. 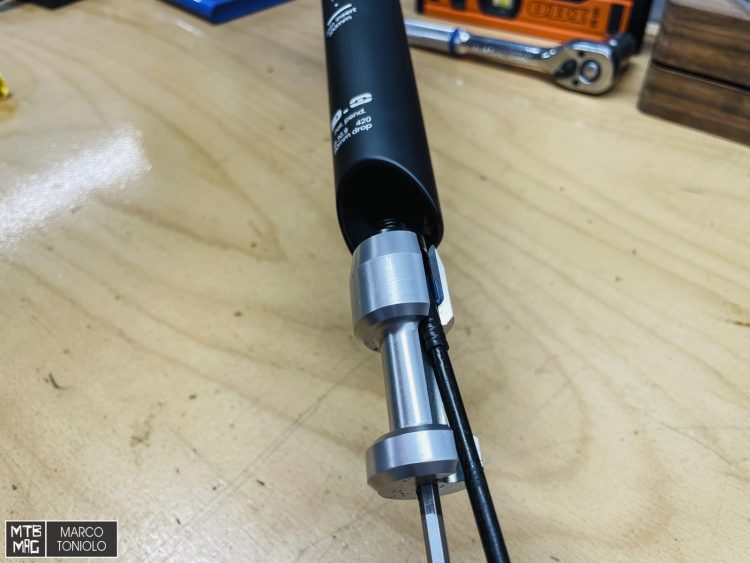 It’s easier to show it to you on video than to describe it:

In action you immediately notice the advantages of the hydraulic cartridge: it is easy to control both the extension and compression of the seatpost, and above all there is no problem of having to press it down to the bottom to prevent it from re-extending completely, as it happens with the Fox Transfer SL, which I have tried extensively on the Canyon Lux Trail. There is not even that feeling of emptiness typical of mechanical seatposts, difficult to control in their extension, since they rise with a click. 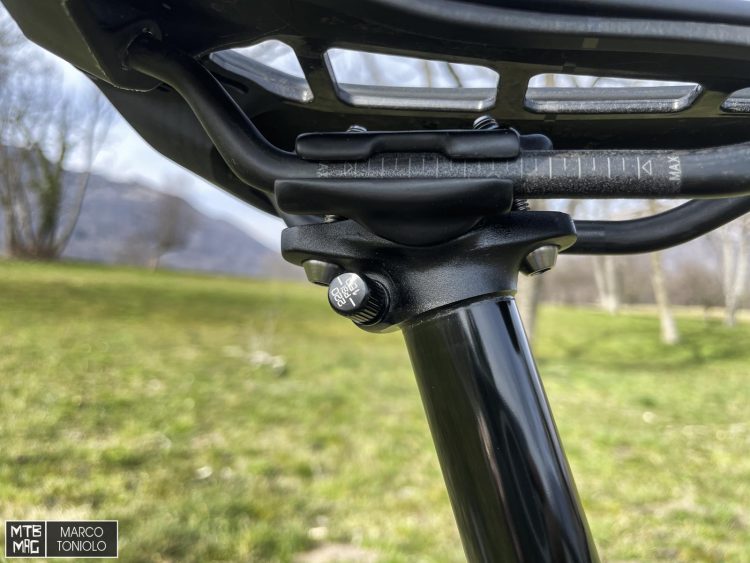 The extension speed and the compression can be adjusted with the air that is introduced into the valve in photo, allowing for a return speed customization according to your tastes. It’s worth pointing out that you the ease in releasing the locking mechanism, contrary to a mechanical seat post. I can sit in the saddle for an hour, but when I decide to lower the saddle, I activate the remote and the Podio unlocks immediately.

Speaking of remote control, it is identical to the one used by Yep Components for all its products, that is a joystick that can be activated in any direction, thus allowing you to use your thumb or index finger, depending on your taste or if you are, for example, currently braking. 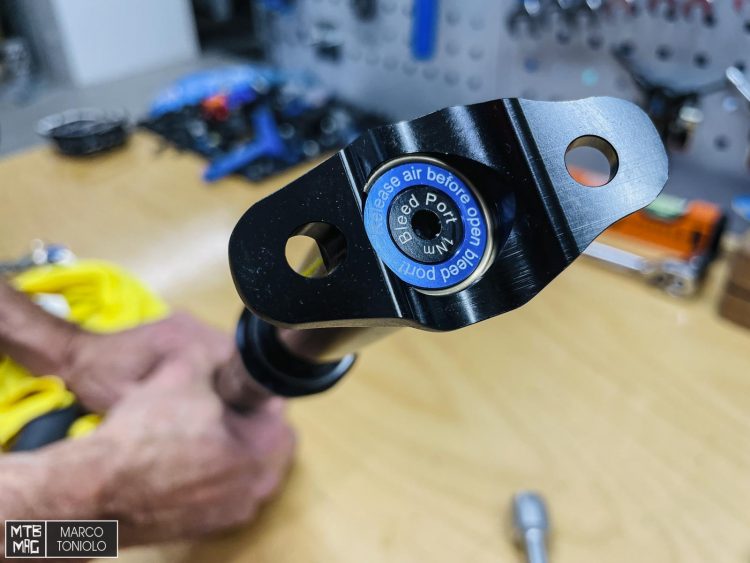 Finally, it is worth spending a few words on the ease of maintenance of the Podio which, as mentioned, works exactly like the Uptimizer 3.0. In short, there is no need to send it in for maintenance, everything is feasible at home.

Oh yes, the weight measured. How could I forget it? Here is the Podium 30.9 not yet cut, therefore 420mm long, on our scale. 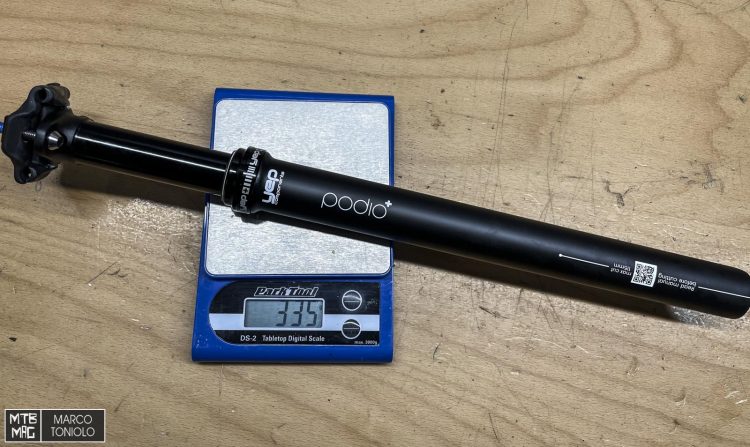 The Podium was already starting in the best way with the highest step of the podium in the most important XC competition, the 2021 World Championships. The expectations were therefore high and were confirmed by the field test: very smooth, easy to use thanks to a multidirectional remote control, and with a record weight considering that it is a hydraulic dropper post.

If we then add the perfect tolerances, with zero lateral play, and ease of maintenance, it is clear that we are faced with a gem that will please even the most skeptical cross country racers, those who still prefer to ride downhill with the saddle in their stomach rather than mounting a dropper post. The price is high, but in this case it can be justified by a one-of-a-kind product intended for racing.