[Press Release] – Henrique Avancini is back on the Caloi team. After eight seasons, the athlete will compete again for the brand that projected him internationally for the biggest challenge of his career: building a strong factory Brazilian team in the world mountain bike scene. The Caloi / Henrique Avancini Racing team will participate in all the major MTB competitions in the coming years.

“Behind this change, there was a great motivation, a desire for renewal, to really look for something that was ambitious for me, that had great meaning for the sport. After the end of my previous professional relationship, I analyzed the possibilities, the proposals I had, and chose the path that perhaps represents the greatest challenge and also the greatest chance of leaving something significant in my career and in sport in Brazil. My decision was based on leaving something big, something people can’t think or imagine. My recent choices were motivated by thinking about taking the next step forward in my career. So, first of all, everything that this new partnership represents for me means taking one more step in my career”, says Avancini, the only Brazilian cyclist to have won a world championship title. 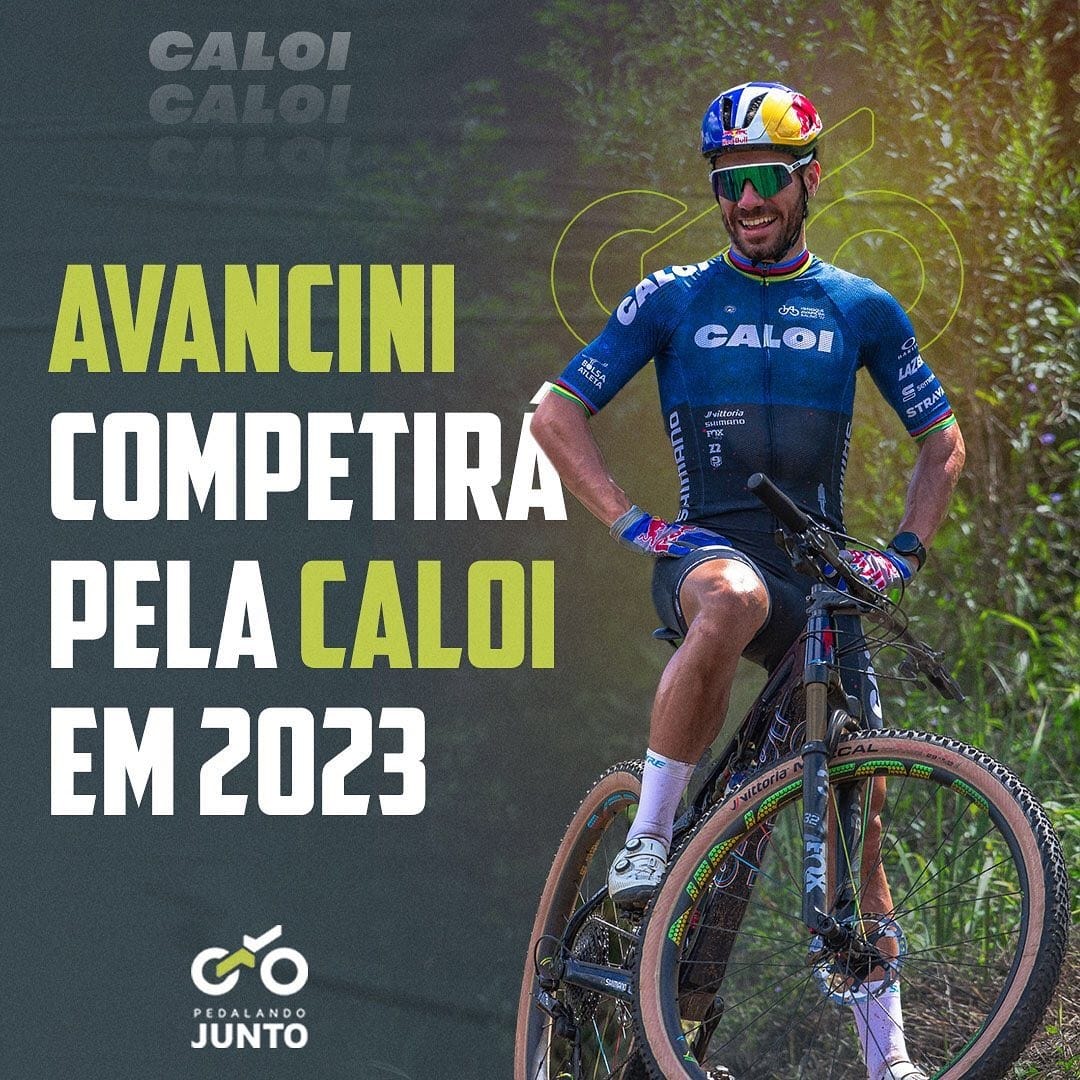 Avancini is a huge reinforcement on the Caloi / Henrique Avancini Racing tracks, but out of them, the team is also much stronger. There’s been higher investments in every aspect so that athletes can fight for great achievements in the season. In addition to all the structure that the team already made available in Brazil, which is a national reference, cyclists will also have great support in international competitions, with a level of organization that has never been provided to Brazilian athletes before.

In Petrópolis (RJ), where the team’s Race Service is located, there is a high-performance structure with a gym, recovery and physiotherapy room, in addition to housing the entire workshop area and also the motorhome, which accompanies the athletes in the main races cross country. In the city there is also a house next to the place for the athletes to live. And all this has now gained the reinforcement of professionals who will work abroad for international competitions. A team with experience in the MTB market was assembled in Europe for the Caloi / Henrique Avancini Racing team. In addition to the professionals, a structure similar to the one existing in Brazil was developed to assist athletes and staff during training and competition periods.

“We did a very good job at national level, with a very solid team, a team that has been adding knowledge, experience, and operational capacity over the years. My main objective was to duplicate this, in a way that we could have the same quality of work in Brazil and also in Europe. We put together a team that could support the schedule in Brazil and abroad, for a mixed operation. We had to have a very solid logistic organization, a very well thought out calendar and, as always, I like to work with people who really are part of the team, who have a continuous bond with the team in every aspects, in every position, and that way both the athletes and the staff can grow. It’s a school that provides internal knowledge and experience which is something that will remain for the Brazilian MTB, which is the professional qualification of these athletes and professionals in their respective functions. This is a really challenging proposal given all the complexity it brings, but it is something that I believe can leave a big mark on Brazilian mountain biking”, explains Avancini.

Launched in 2015, the Henrique Avancini Racing team aims to improve promising young athletes. In 2023, with Caloi’s third year of sponsorship, the focus is now on great achievements and for that it has assembled a heterogeneous team, with athletes in different stages of their careers.

Sabrina Oliveira, who was the champion of the “Brazilian sub-23” last year, is the female representative. She and Cainã Oliveira, who also stood out on the Brazilian scene last year, are the youngest, aged 20. Both are holdovers from the 2022 squad, as is Ulan Galinki. The 25-year-old athlete from Bahia will enter his third season on the Caloi team after great achievements in Brazil and even stand out in important international competitions, such as the World Championship in 2022. Avancini, the biggest name in the history of Brazilian cycling, closes the team .

Eduardo Rocha, Caloi’s CMO, believes that this is a unique moment for Brazilian mountain biking. In 2012, he was mainly responsible for hiring Henrique Avancini for the then Caloi Elite Team. For this athlete’s return, he comments on the company’s objectives with the new Caloi / Henrique Avancini Racing project .

“The challenge of bringing Henrique back to the Caloi team was huge, but it was our obligation to make this happen. In 2012 we started our partnership and literally transformed MTB in Brazil. We raise the bar in every aspect of the sport, on and off the track. We brought technology from the global market to our bicycles, enabling consumer access to cutting-edge products. And Avancini helped Caloi a lot in this development. Now, for 2023, we intend to have another positive revolution in the country. We want to place Brazil as a reference, once again strengthening the domestic market and opening new horizons for the entire chain: brands, athletes, retailers, everyone who is involved in the cycling scene in some way. Our challenges are in the small details. Henrique is a perfectionist and for him and the whole team, we will be impeccable in the products and structure we are putting together. This is yet another great process for us to develop athletes for the next generation of Brazilian mountain biking”, says Rocha.

The Caloi / Henrique Avancini Racing team will run the season with the bike that has the geometry of the Caloi Elite FS Carbon frame. The construction of the bike was developed 100% by the company’s engineering team with the help of feedback from the athletes.

“We were focused on reducing the carbon raw material as much as possible without affecting resistance and rigidity, and thus managed to build a frame that is 250 grams lighter than the previous model. In the bike’s graphics, we brought the team’s iconic colors, but adding as little weight as possible. We then developed a blue varnish with a percentage of translucency that makes it possible to see the carbon fibers, with the Caloi logo and the three colors that represent the team. All this adding, only 65 grams to the total weight of the bike”, explains Marcos Ribeiro, Development and Product Manager at Caloi.