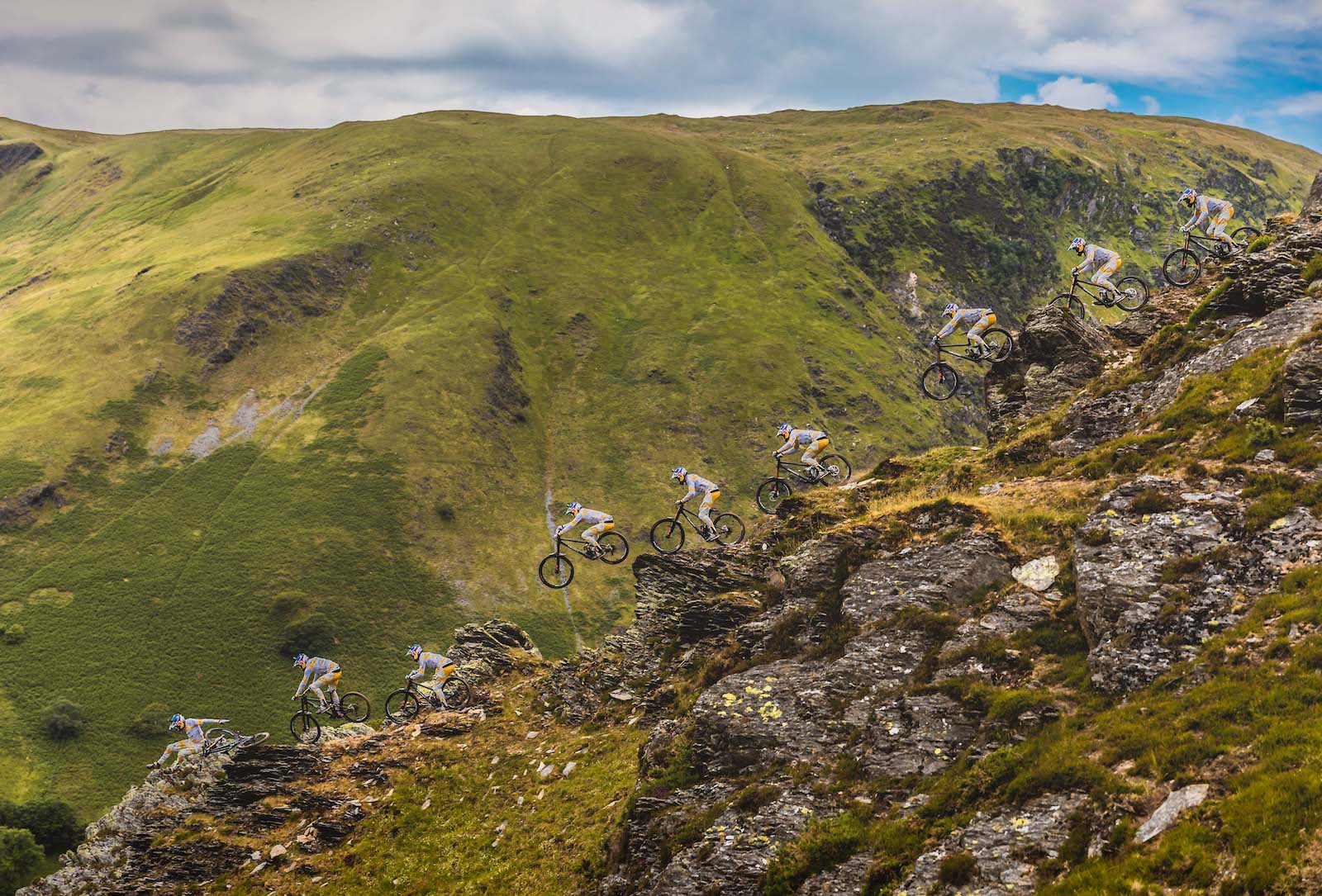 “These Big Mountain projects are really important to me; they take a lot of physical and mental effort and they carry a lot of risk. It’s easy for people to forget that when there are incredible athletes pumping out perfect edits week after week; not just in mountain-biking, it’s the same in all extreme sports. Looking back over the previous edits in this series I’m talking about how afraid I feel. That’s not a performance it’s very, very real. It’s important to me to show the reality behind this kind of project; when I talk about waking up in the night it’s the possibility of this level of injury that’s haunting me. I feel like when we’re demonstrating an unending line of successes the risk gets lost in the celebrations so I just wanted to pause for a moment and take a look at when and how things go wrong. 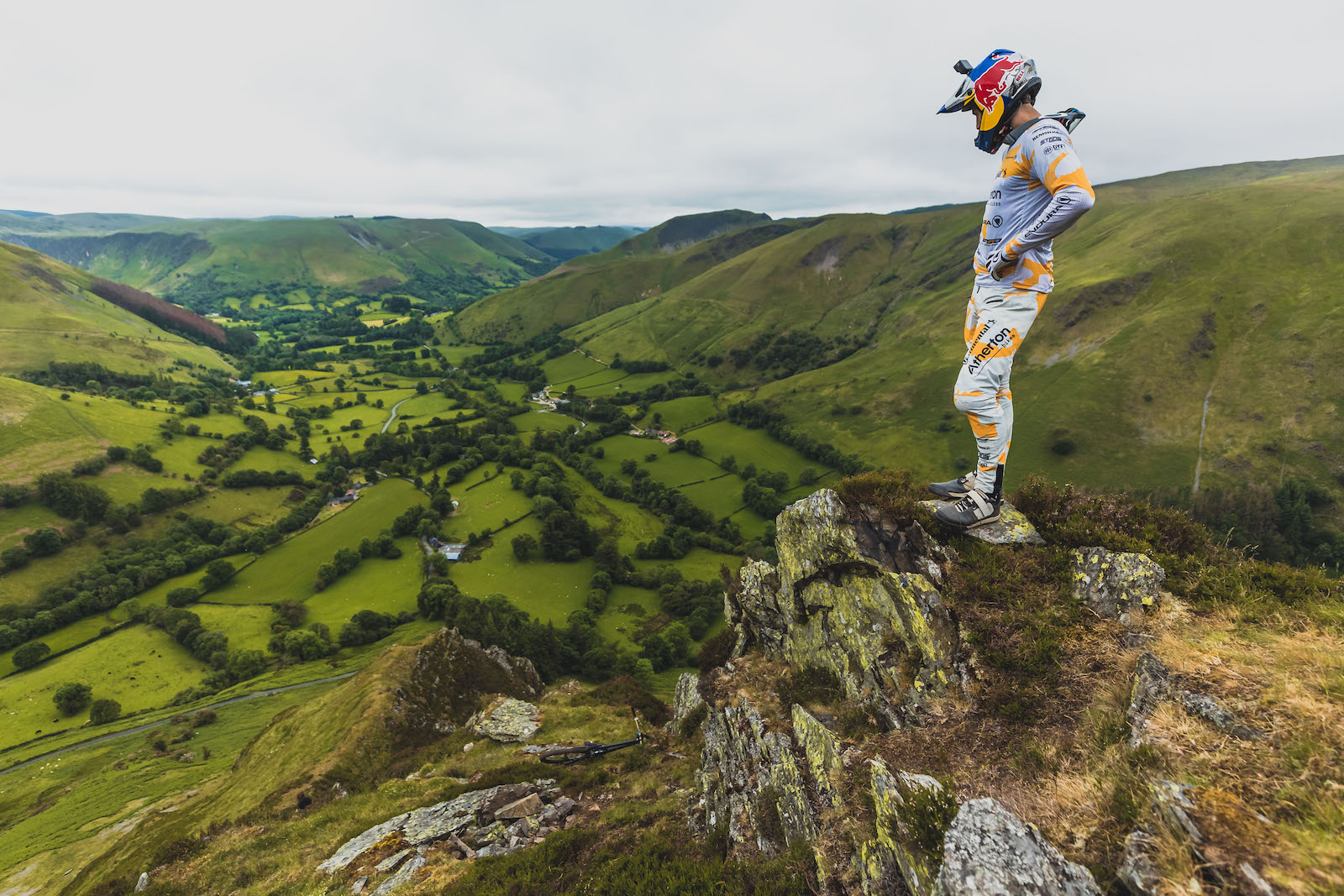 I’m keen to show the process behind this series. The creativity is definitely something I’m drawn to and the potential to perfectly match the challenge to the very limits of my ability. I’m attracted to the boldness that’s necessary to push to that point. For me it’s all about overcoming an obstacle and someone just happens to film me, I don’t set out with a film in mind but I do constantly seek out opportunities to do things that nobody has done before, to go beyond my comfort zone. Without that drive nothing would change. It’s something that I recognise in Dan and Rachel too, that passion to pour huge amounts of yourself into a task, no matter the difficulties or the set-backs. The knowledge that it will take absolutely everything you have to succeed is a huge motivation.

I want to show that I went into this with my eyes open. There are sections in the film where I think it’s really obvious that I’m anxious. And that the crew are on edge. But that’s no different to the feelings I had at the top of the Slateline, or riding the Ridgeline, both had similar potential consequences and ridiculous small margins for error. 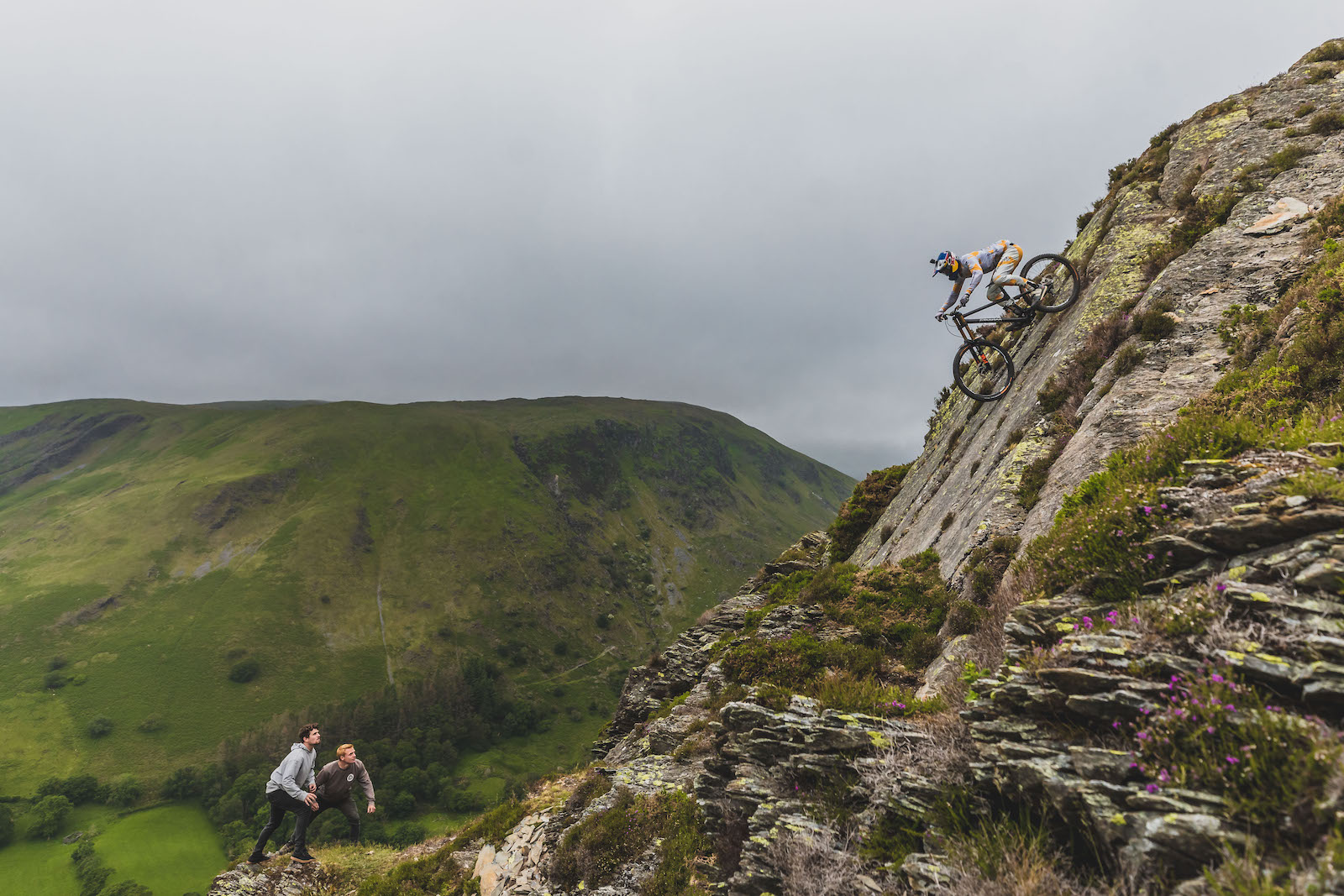 I think it’s important to show that this wasn’t an impossible line to ride, it was very technical, very intimidating and it was right at the limit but in fact I successfully rode every section, several times for most parts. There is enough footage there for us to have edited together a complete clean run. But it wouldn’t be real.

All of the challenges in the series have come about in their own unique ways, they emerge differently. This one started with me driving past the location again and again – thinking “no, its not on”. But it’s an important part of who I am to feel that doubt but do it anyway. If I stopped every project when I first got scared there would be nothing. Every ridge has its own particular appeal and its own difficulties. You discover its particular personality and its problems, you get your head around it and figure out how to overcome them.

This location was defined by how exposed it was. We learnt from the first hike up that we needed to check every step. We were constantly looking behind us. I knew the risks and fully accepted the level of injuries that were likely if it did go wrong. I had figured out every detail and I knew 100% that I could do it. People think that I’m wild but I couldn’t have survived this long without being super-calculated. There’s a process; walk, scout, build, review, adapt, ride. Even now, six weeks on I can close my eyes and picture every rock on that ridge. 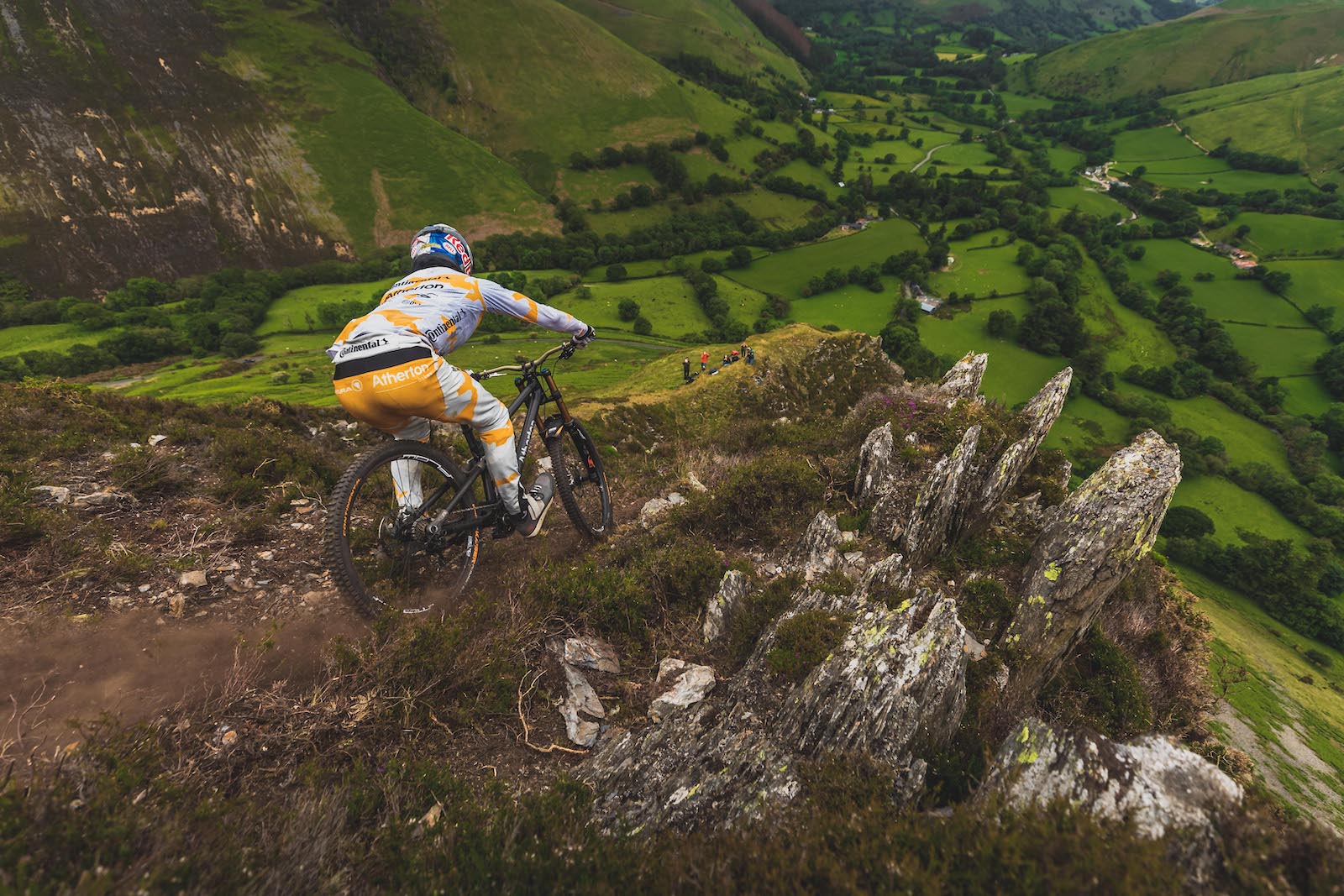 The mindset is not so different from racing. In both cases an athlete needs to put himself or herself in a position where if everything is done to the maximum of his/her ability the outcome will be good. You have to deliver to come out the other side successfully. It’s how we’ve approached our entire careers. I guess a World Cup track is slightly more forgiving, if there hadn’t been a massive drop inches to my left I’d have probably gone OTB, dusted myself off and gone again.

The section that I crashed on was savage, there’s no contesting that but it was no more technically difficult than six or seven other parts of the line that I rode with no problems. But it just goes to show, however much you plan, however great your support crew, your bike, your preparations, when you are riding at the edge nothing is 100%. I made a mistake, got slightly offline with a bit too much momentum and everyone knows the rest.

It went wrong but I don’t regret trying. I’m knuckling down, doing my time. It’s going to be a long recovery but I’m so grateful for the crew who supported me on the hill, the Coastguard, the Air Ambulance, the surgeons at Stoke. They all did an absolutely brilliant job and gave me a head start on the road to recovery. Red Bull hooked me up with the very best aftercare and I will always be grateful to all of them. 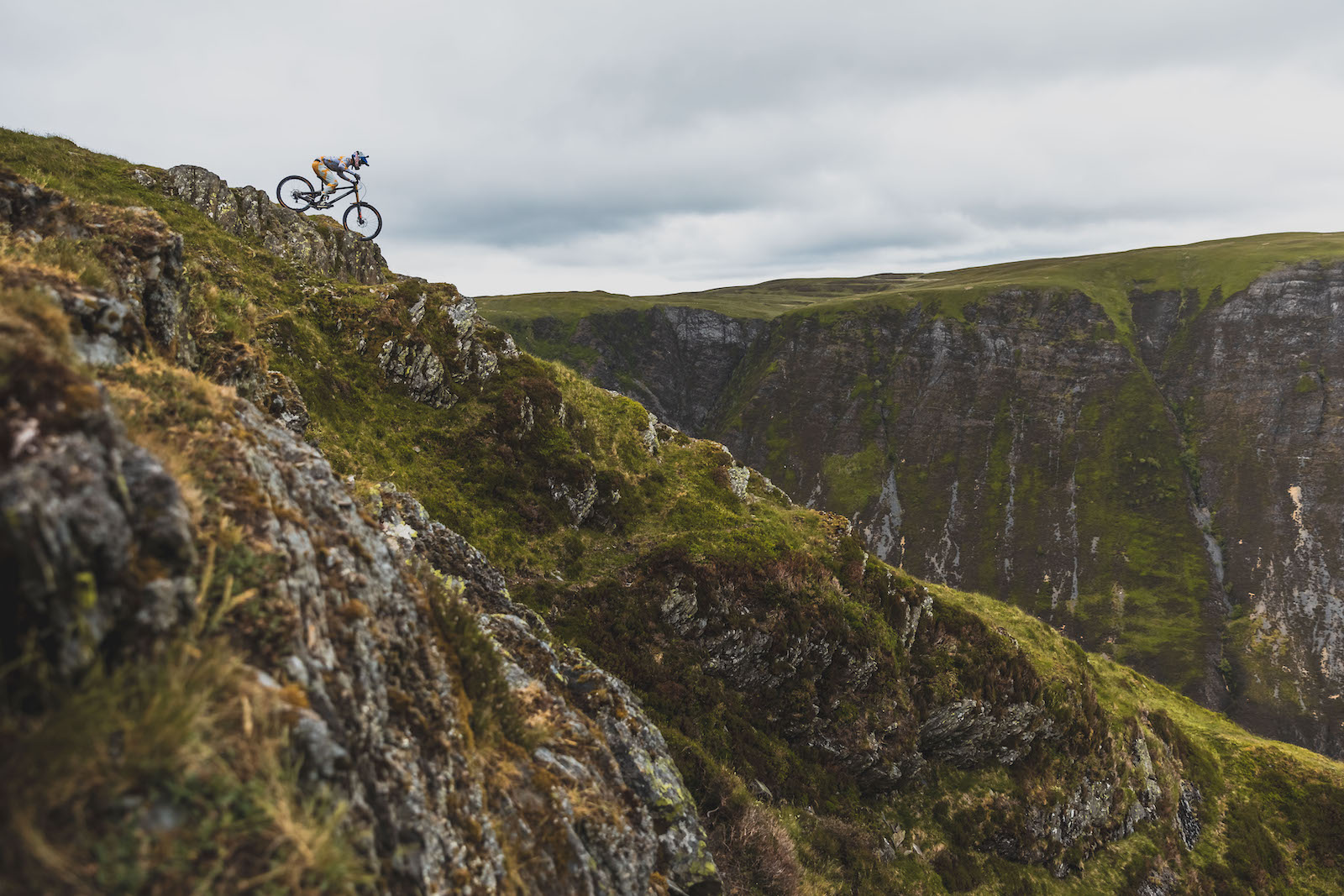 I can honestly say that being injured hasn’t put me off this kind of riding. In fact it’s the complete opposite. The thought of more of these challenges is the light at the end of the tunnel, the reason I’ve pushed on with physio so early, it’s what helps me face the daily grind of painful rehab. It’s my goal. I’m passionate about the projects and I plan to do more as soon as I can.”